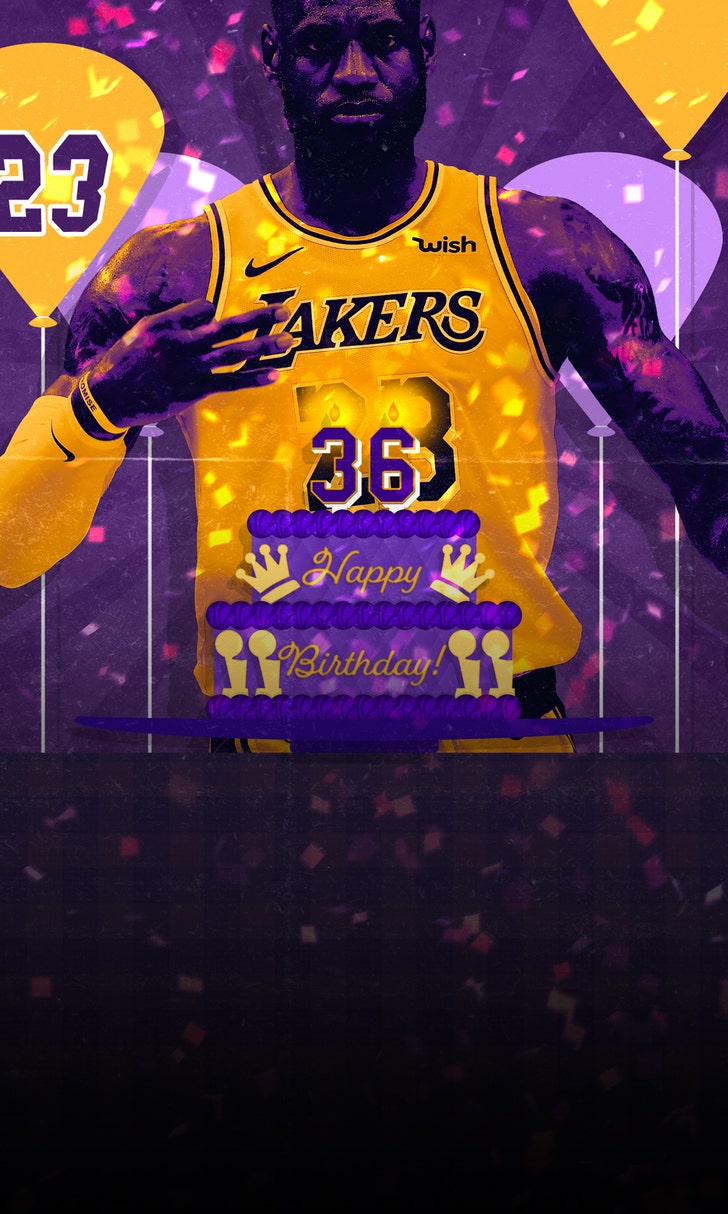 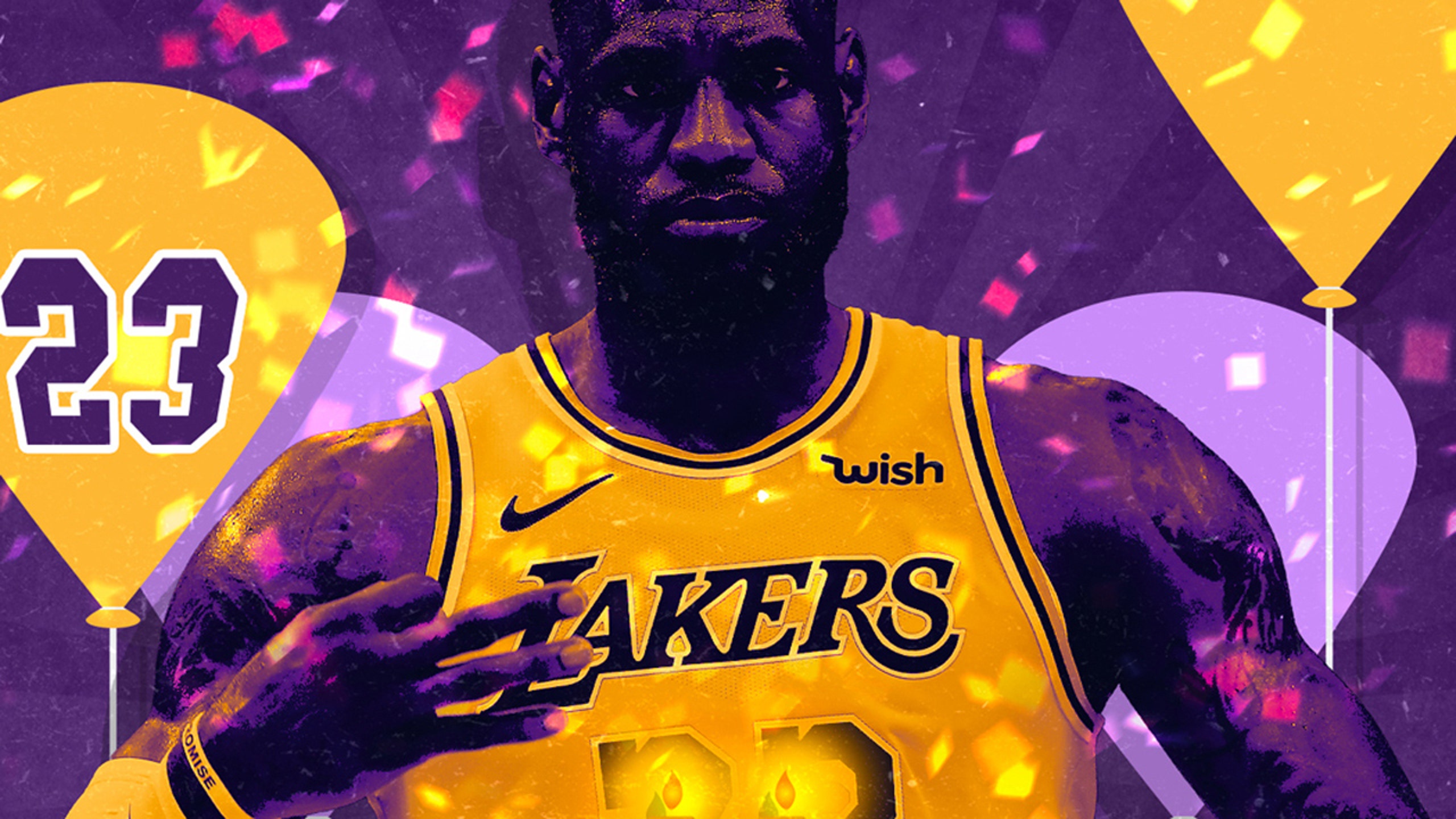 That's right, the man who regularly overpowers and out-finesses players a decade younger than him is now only four years away from 40.

Most players in the twilight of their careers assume the role of the savvy veteran who guides teams from behind the scenes in locker rooms. They have moments of greatness, but are shells of who they once were.

He keeps getting better.

James regularly maneuvers past double-teams, leaving star defenders with more than 1,000 games less mileage on their legs in his wake. He does it with brute strength and mental acuity, a rare combination that allows him to visualize things before they happen and respond accordingly.

Last season, he led the league in assists (10.2) while averaging 25.3 points and 7.8 rebounds a game. He went on to help the Los Angeles Lakers secure their first championship in a decade, winning the Finals MVP for the fourth time in his career along the way.

His secret is constantly training his mind and body.

James regularly posts videos of his offseason workouts, which include lifting weights, climbing a stair machine, riding a stationary bike and doing balancing exercises. He also studies film and uses meditation to sharpen his senses.

It's been a winning combination for the child out of the projects of Akron, Ohio, who grew into one of the top basketball players of all time.

A few days before his birthday, James took a moment to take it all in. 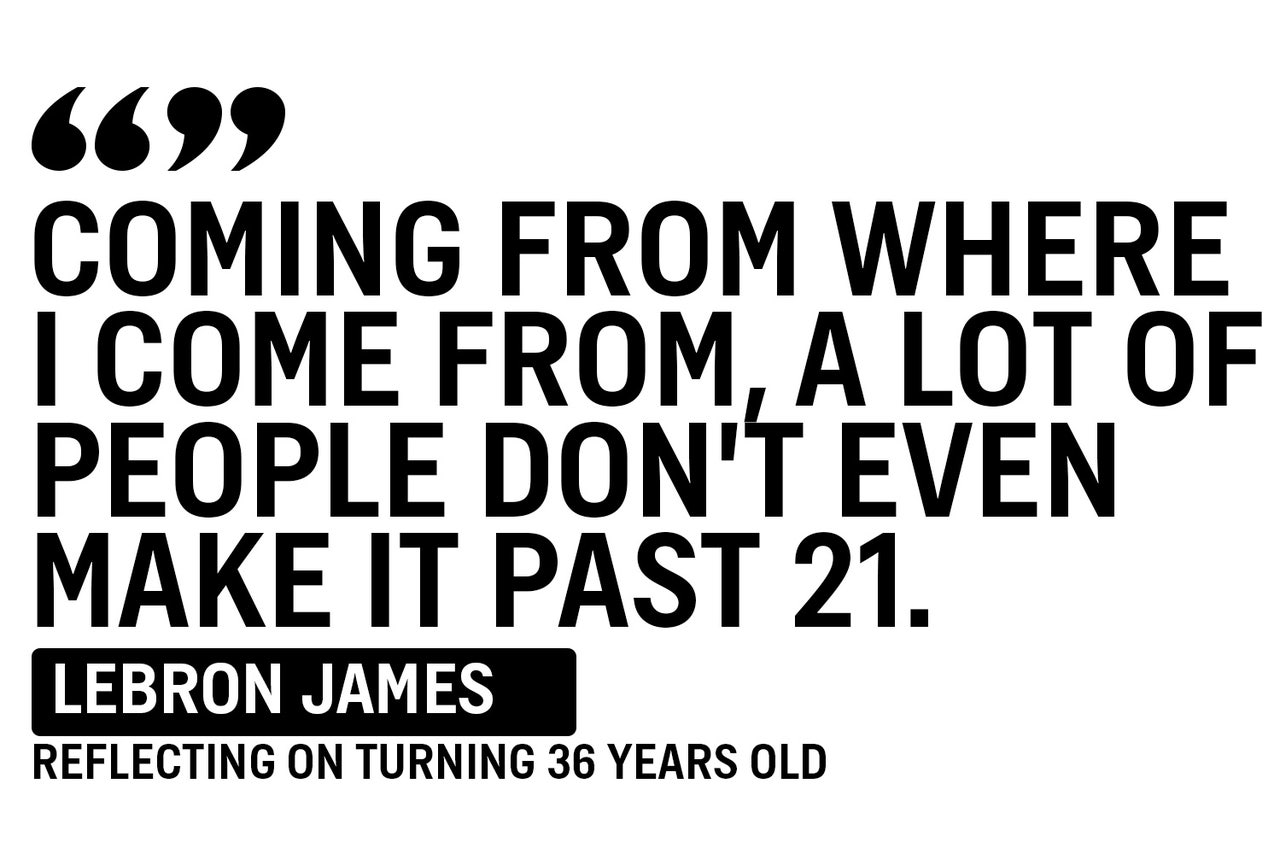 "Coming from where I come from, a lot of people don't even make it past 21," James said. "For me to be rounding the bases at 36 and playing the game I love to play and being with a great team and a great organization with a great family and great friends and a great support system, it makes this a lot greater than the alternative. Just very blessed. Very honored and happy to be doing what I love to do."

Of course, his birthday celebration will be a bit different this year.

Last season, James and his teammates celebrated his 35th time around the sun by wearing swanky suits and going to the Sunset Tower Hotel in Hollywood.

This time around, the Lakers will mostly be confined to their hotel before and after their away game against the San Antonio Spurs amid the COVID-19 pandemic, which is raging in much of the nation.

Anthony Davis said the Lakers will have to get a bit creative to honor the day.

"I mean, there’s not much that we really can do because of all the rules and the restrictions," Davis said. "And we’ve seen guys kind of violate those restrictions and have to sit out. So, we definitely don’t want to violate any rules and have guys have to sit out and quarantine because of something that we could have controlled. So, I don’t know. I’m pretty sure the team or coach [Frank Vogel] will have something planned where we can do something in the hotel for him. Or maybe have some food catered in."

It's not glamorous, but James is taking it all in stride.

He has been for a while.

James managed to keep his sanity and focus inside the NBA bubble at Walt Disney World for nearly 100 days, conquering the ultimate mental test.

And then despite the insanely abbreviated 71-day offseason, the shortest in professional sports history, he says he's ready to try and lead the Lakers to another title.

He doesn't even want his minutes monitored, jokingly calling that a "conspiracy" he's heard over the past five years.

"I train my body for a marathon," James said.

He's going to continue running the race for at least another three seasons, likely longer so he can achieve his goal of becoming the first NBA player to play alongside his son, Bronny, when he graduates from high school in 2023.

The scary thing is he hasn't shown any signs of slowing down.

If anything, the opposite phenomenon seems to be occurring.

"I’m not your typical guy that’s in his 18th season," James said. "I try to show it to you guys over and over and over."

Still Holding Court
LeBron James put up 46 in his old stomping grounds on Monday night. Just how incredible has the King been this season?
29 mins ago

Sports World Honors Kobe And Gigi
On the one-year anniversary of the tragic deaths of Kobe and Gianna Bryant, here's how the sports world paid tribute.
1 hour ago

Remembering Kobe: His Legacy Lives On
The Lakers organization still struggles with the loss of Kobe Bryant. But his legacy inspires them on a nightly basis.
2 hours ago

Remembering Kobe: A Special Bond
Few were closer to Kobe Bryant than Brian Shaw, who looks back daily at their relationship – not in grief, but with joy.
2 days ago
those were the latest stories
Want to see more?
View All Stories
Fox Sports™ and © 2021 Fox Media LLC and Fox Sports Interactive Media, LLC. All rights reserved. Use of this website (including any and all parts and components) constitutes your acceptance of these Terms of Use and Updated Privacy Policy. Advertising Choices. Do Not Sell my Personal Info