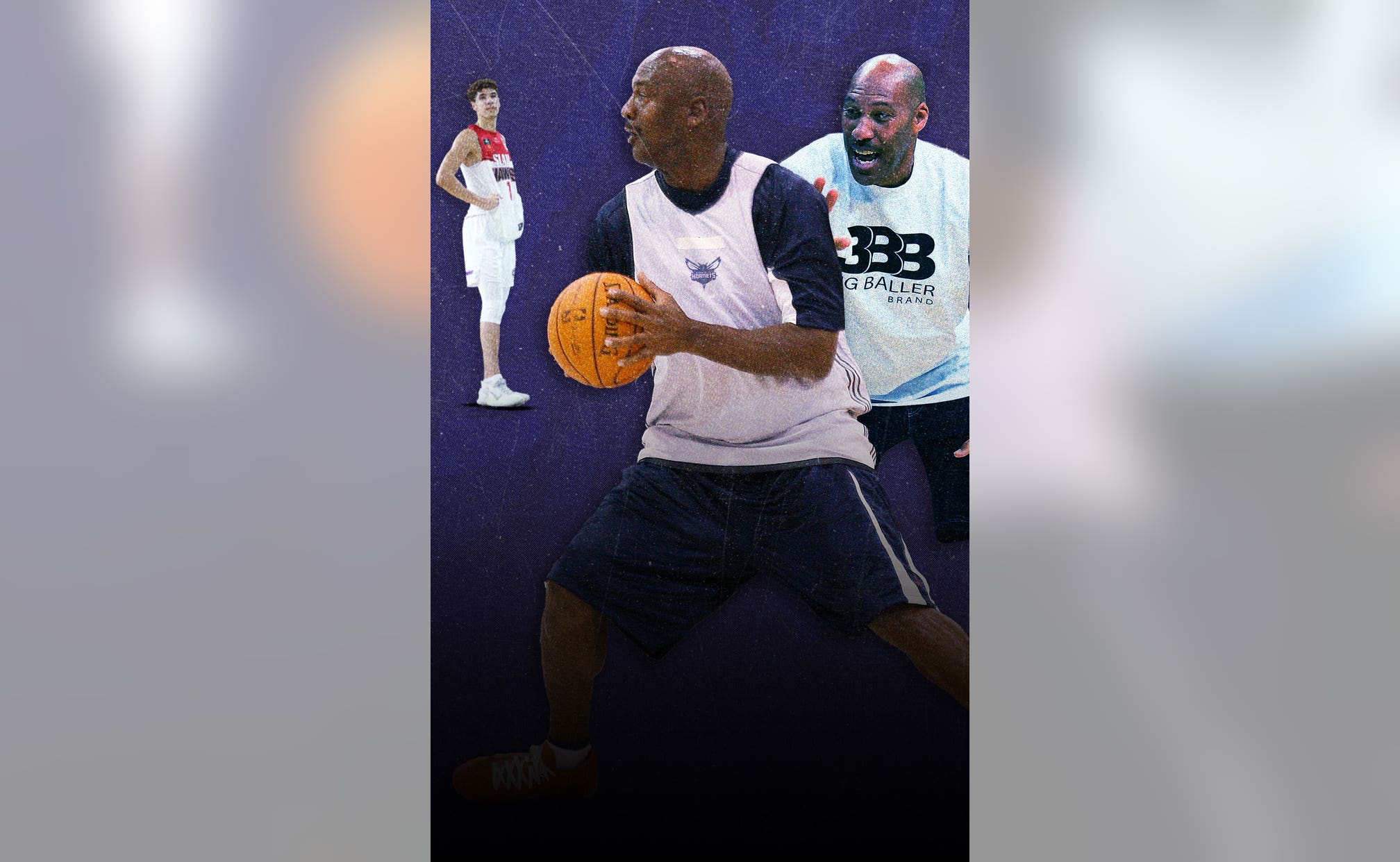 The wildest, wackiest and most downright viral comment of the bizarre parcel of time known as the “Season of LaVar” wasn’t delivered courtside at a game, or live in a television studio, but over pancakes, eggs and strawberries in a suburban kitchen on a weekend morning in March of 2017.

There had already been some outrageous statements, delivered with all the hype, bluster and bombast of a WWE heel, and there would be more to follow. But the granddaddy of them all, the biggest Big Baller moment, came when LaVar Ball took a sudden shot across the bows at Michael Jordan.

“It was out of nowhere,” USA TODAY’s Josh Peter, who had been invited to Ball’s house for that infamous interview in March of 2017, told me via telephone on Thursday. “He was there making me breakfast – he was a fantastic host - and I wish I could tell you I drew it out of him, but I don’t think I had asked more than a few questions. He just came out with it.”

Peter calls the comment the “gift from LaVar,” the kind of soundbite that journalists dream about and although you’ve probably read it before, here it is again, in its undiluted glory.

“Back in my heyday I would kill Michael Jordan one-on-one,” Ball told Peter at his home in Chino Hills, 35 miles east of Los Angeles. “I would just back (Jordan) in and lift him off the ground and call a foul every time he fouls me when I do a jump hook to the right or the left.

“He cannot stop me one-on-one. He better make every shot ’cause he can’t go around me. He’s not fast enough. And he can only make so many shots outside before I make every bucket under the rim.”

It was, of course, an absurd boast, given that Ball averaged 2.2 points per game at Washington State before transferring to Cal State Los Angeles in the 1980s, while Jordan – you might have heard of him – was a pretty solid hooper who just so happened to win six NBA titles, spearhead the original Dream Team and become most people’s pick as the greatest to have ever lived.

Yet Jordan responded, eventually, and the basketball-playing, shoe-selling, self-promoting, reality show-making Ball family juggernaut went into top gear, every new day bringing a fresh set of outlandish remarks. No one, it seemed, could escape the LaVar vortex.

We are talking about this again because on Wednesday night, the youngest of the three Ball boys, LaMelo, was taken third in the NBA Draft by the Charlotte Hornets.

It is a move filled with intrigue due to its potential for an incredibly wide series of outcomes. LaMelo Ball has off-the-charts talent and was considered by many to be the most naturally gifted player in this year’s crop.

“Jordan loves him but the rest of the (Charlotte) front office is lukewarm on LaMelo,” FOX Sports NBA analyst Chris Broussard said. “He has great talent, he’s obviously got the most star power from the draft. People are concerned about his attitude, his immaturity, he has no use for defense at all.

“But he is a 6-foot-6 point guard with true court vision and great passing skills. If he can get his mind right and mature in a professional environment, he can become a special player.”

Count the great unknown – whether LaVar will remain largely in the shadows as he has more recently or emerge suddenly with a flurry of incendiary remarks and a magnetized draw to the spotlight – among the question marks surrounding LaMelo’s NBA career.

In a way, when the Ball patriarch exited stage right from the media space a couple of years back, it seemed like a defeat. At that point, only LaVar’s eldest son, Lonzo, had entered the league. Magic Johnson, then president of the Lakers, appeared to have strongly urged LaVar to occupy a quieter role.

His Big Baller Brand was heading towards peril amid reports of dismal sales and ridiculous asking prices. Middle son LiAngelo’s playing career seemed doomed when he left UCLA after being suspended over a shoplifting accusation during a preseason trip to China that sparked an international incident.

And Ball senior’s love of the headlines and news bulletins waned considerably once he realized he couldn’t control everything that was written and said about him. If he wanted his most vociferous utterances, of billion-dollar endorsement packages for his sons and touting Lonzo as better than Steph Curry, to be transmitted to the public, some of the negative stuff was going to be put out there too.

Like when LiAngelo and LaMelo spent a farcical few months playing poorly and occasionally for a team in Lithuania, or when LaVar’s relationship with brand advisor Alan Foster descended into a maze of embezzlement accusations and resulting lawsuits.

Yet there are signs now that LaVar might not be averse to get his name back out there. On draft night, he hosted a party for an estimated 250 people, with LaMelo wearing gold-studded Louboutins and driving a new $330,000 Rolls Royce.

With the draft being conducted virtually, LaMelo’s interview for the show was done on a couch, with Lonzo and LiAngelo flanking him. Yet LaVar, according to ESPN.com, was yelling to all in attendance: “Tell MJ: here we come” and even teasing that he and the Hornets owner could finally play that mythical one-on-one game, on pay-per-view naturally.

“I think LaVar will be able to contain himself for about 18 hours,” Peter added. “There is no one who knows how to celebrate like LaVar. He’s not going to disappear. This has been his dream since even before the boys were born, and now it is here.”

The Ball boys are coming again. Lonzo is making $11 million a year as a core part of the young New Orleans Pelicans team, while being seen as critical to the development of Zion Williamson and within the top 60 best NBA players by most neutral assessments.

Even LiAngelo has done redemptive work on his reputation and landed a spot with the G-League’s Oklahoma City Blue before COVID shuttered their season. When LaMelo became a Hornet, it was first time two brothers have both been taken in the top three. Lonzo was the No. 2 selection in 2017.

That was back when LaVar was speaking big and shooting for the stars. It didn’t turn out in the outlandish way he told people it would, when he said all three of his boys would star for the Lakers and revolutionize basketball and BBB isn’t striking terror into the hearts of Nike and Adidas execs.

However, given what a tough and grueling world pro basketball is, Ball has gotten an outcome that can only be seen as a success, no matter what happens next.

Whether it is a story that will soon be accompanied by LaVar’s inimitable commentary, complete with the crazy comments and wild boasts, who knows? When it comes to LaVar Ball, he’s the only one that gets to make the predictions.

Point Taken
Dennis Schroder made it clear upon his arrival in LA: He sees himself as the Lakers' starting PG, Melissa Rohlin reports.
2 hours ago

Have Rings, Will Travel
After helping the Lakers win the title, Danny Green spoke to FOX Sports' Melissa Rohlin about being traded to Philly and his NBA journey.
21 hours ago