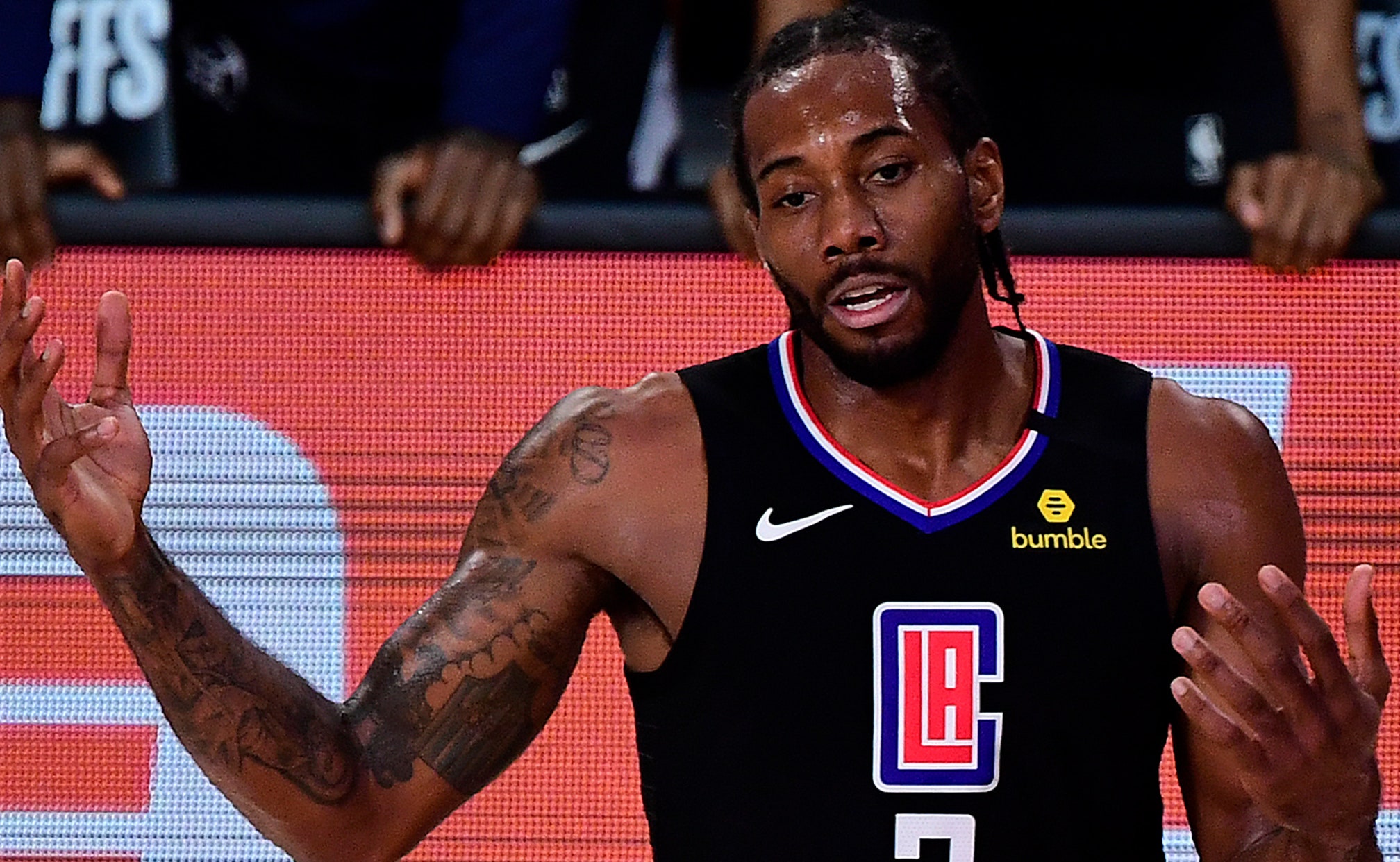 The Los Angeles Clippers are out of the NBA Playoffs, courtesy of Jamal Murray and the never-say-die Denver Nuggets.

And while Denver's sensational story of overturning yet another 3-1 deficit is praiseworthy, it's the other side of the coin – the Clippers' collapse – that had everyone chirping Wednesday morning.

Nick Wright, a longtime doubter of the Kawhi Leonard and Paul George-led Clippers, could hardly keep himself composed as First Things First came on the air:

On the flipside, Leonard advocate Skip Bayless joked that he had half a mind to duck out on Wednesday's taping of Undisputed:

Said Bayless to co-host Shannon Sharpe: "I'm not here. I'm not doing the show. You can do it by yourself."

Once the commotion died down, it was time to get down to brass tacks and answer the question everybody was asking: Was this the biggest choke job in NBA history?

Teams have blown 3-1 deficits only 13 times in NBA history, including the Clippers on Tuesday night and the Utah Jazz in the series prior vs. the Nuggets.

A pair of the NBA's all-time most notable collapses occurred in the 2016 playoffs.

Those same Warriors then got a dose of their own medicine from LeBron James and the Cleveland Cavaliers in the NBA Finals.

Wright made the case that when factoring in the stakes and level of opponent, this 3-1 breakdown from LA is especially odious for Kawhi & Co.

"These guys blew a 3-1 lead with big leads in the second half of all three of the closeout games to a team with zero combined Finals appearances. ... Kawhi Leonard disappeared in the fourth quarter of all of these games but one. That happened."

Stephen A. Smith called out his First Take co-host Max Kellerman for his Kawhi fandom, running old tapes of Kellerman's effusive praise before diving in on Leonard.

"Just an absolute, positive, choke job. Period. It's just that simple. ... This was the first time in his career he was the No. 1 dude. All the pressure was on him and he flat-out choked."

Leonard and George had a historically bad night in Game 7, shooting 27.3% and 25% from the field, respectively, and combining for 0 fourth-quarter points.

With that in mind, Sharpe laid the blame squarely at the feet of The Klaw:

While there's plenty of blame to go around, including Doc Rivers squandering a 3-1 advantage for the third time in his coaching career, it looks as though Leonard will bear the brunt of the burden on this one.

With one year left on his and George's contracts before they could potentially opt out, time is in short supply for Leonard to wash away the stench of Tuesday's collapse.

Will the Clippers shake things up, or run it back?

They'll have some extra time to make those decisions.

The Godfather's Master Plan
The Miami Heat find themselves back in the Finals six years after LeBron James' departure. Here is how Pat Riley did it.
29 mins ago

Doc Rivers Out In Los Angeles
After seven seasons and the most wins in franchise history, Doc Rivers will no longer serve as Clippers head coach.
58 mins ago

The King's Case
Championships are often at the heart of the LeBron vs. Jordan debate. So, what would another ring do for the King's resume?
5 hours ago