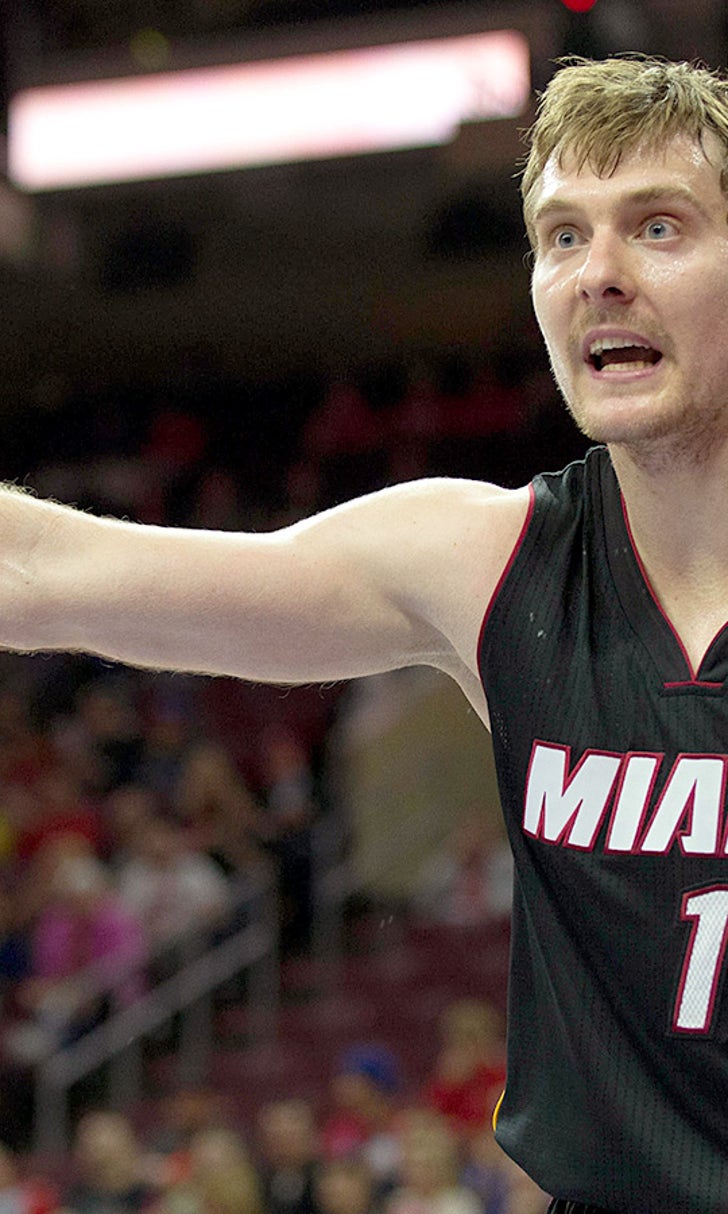 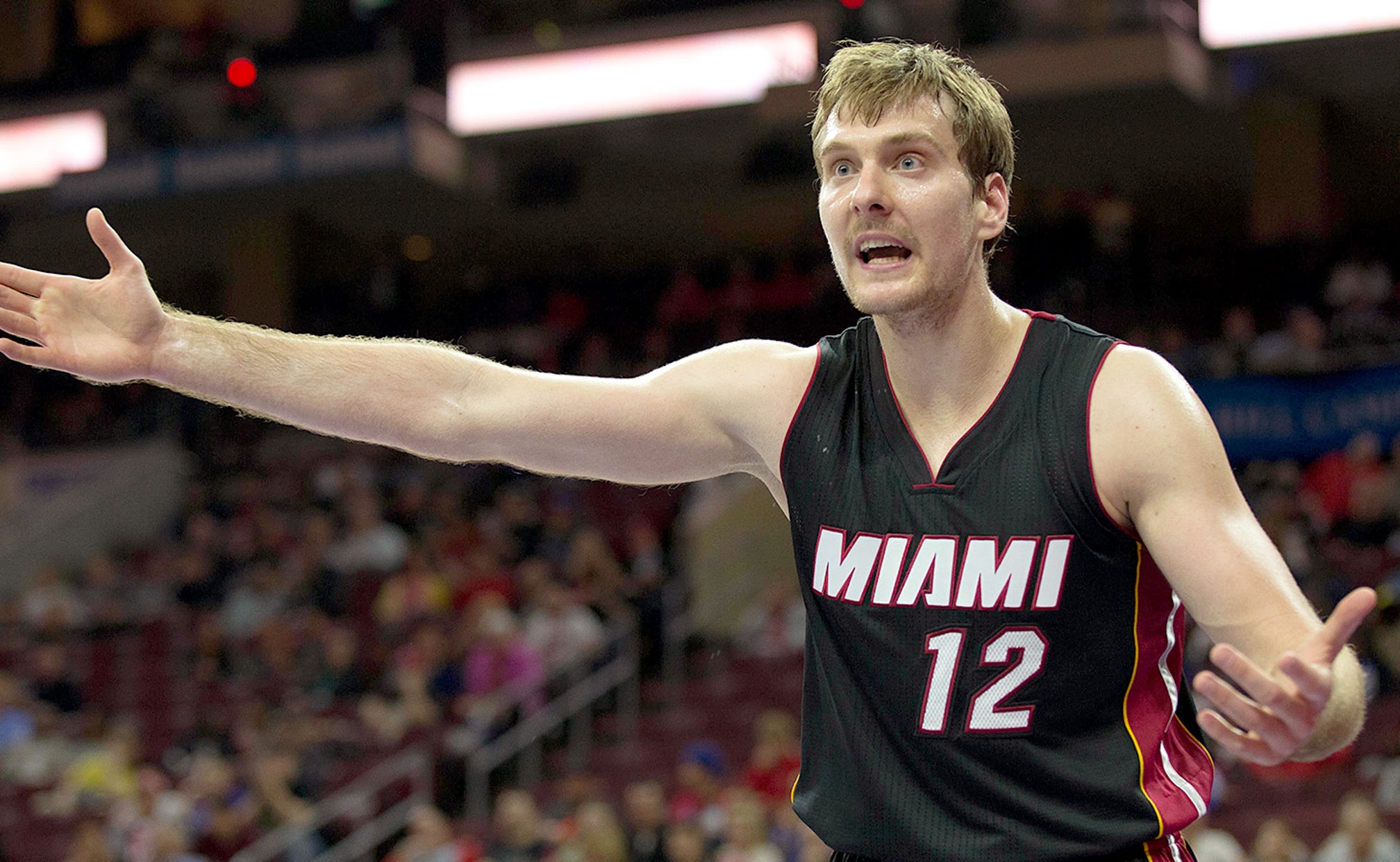 Heat defeat 76ers in game with ramifications for draft lottery 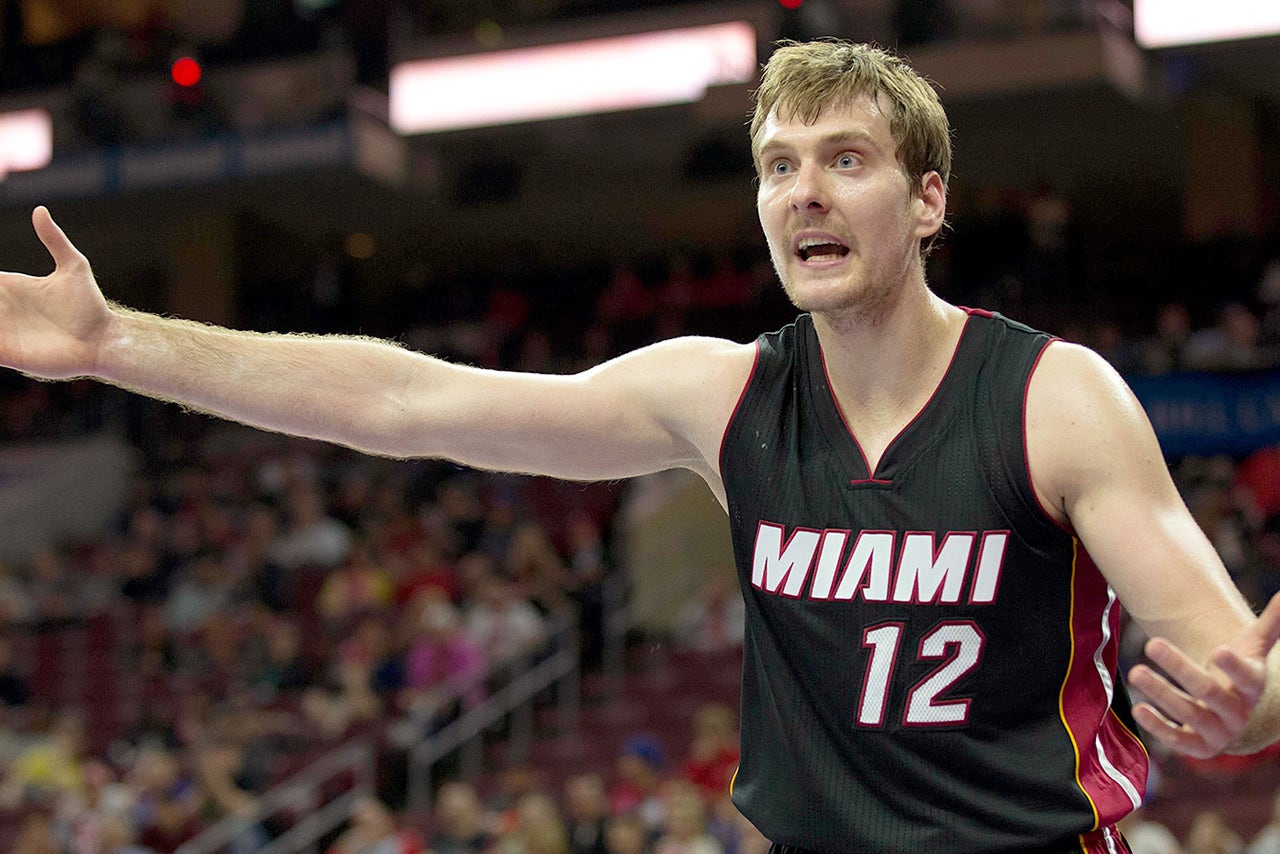 Miami ended the season with two wins in one game.

With a stopgap starting five each playing 40-plus minutes, the Heat held on to defeat the Philadelphia 76ers 105-101 on Wednesday night in a season finale more meaningful for the NBA draft order.

The Heat's win paired with Brooklyn's win meant Miami is all but assured of keeping its top-10 draft pick. If Miami owns the No. 10 pick or better after the draft lottery, the Heat keep that selection.

Had the Heat lost and the pick fell to 11th or worse, it would have gone to Philadelphia under the conditions of a trade.

Miami holds a 91 percent chance of keeping the pick, with the 76ers only earning the spot if a team from 11 to 14 jumps the Heat in the lottery.

''It's the worst position to be in as a coach and as competitor,'' coach Erik Spoelstra said. ''At some point during the fourth quarter, I got word of the (Nets) final. It's the worst. But you have to keep your competitive integrity.''

Henry Walker hit the go-ahead 3-pointer with 9 seconds left for a 103-101 lead. Walker was one of four starters to play all 48 minutes.

The Eastern Conference representative in each of the last four NBA Finals, and champions in two of those years, the Heat will miss the playoffs for the first time since 2008. The Heat are the first team to make the NBA Finals one year and miss the playoffs the next since the Los Angeles Lakers, who lost the championship series in 2004 and went 34-48 the following season.

The Heat lost LeBron James, Ray Allen and Rashard Lewis and other key players during the offseason and were smacked by injuries during the season. Chris Bosh ended the season sidelined by a blood clot and Josh McRoberts had season-ending knee injury in December.

''This was probably one of the more deceiving non-playoff teams because of all the circumstances,'' Spoelstra said.

JaKarr Sampson scored 22 points for the 76ers, who finished 18-64, one less win than last season, but an expected result for a franchise set on rebuilding through the draft. Team owner Josh Harris remained steadfast in a plan where the Sixers gut the roster, collect draft picks, lose games and clear salary cap space will yield a winner.

Harris talked in generalities about when he expected the Sixers to have a winning record.

He called second-year coach Brett Brown ''great at what he does'' who kept spirits high working with a patchwork roster. Harris said it's ''certainly not out of the question'' the 76ers would have contract extension talks with Brown. He has two more years left on his deal.

''We're building the culture, the process, the system,'' Harris said. ''I think it's all working. It's kind of sustaining.''

Brown appeared to want more stability and not juggle a roster full of D-League call-ups and 10-day contract players. The 76ers traded reigning NBA rookie of the year Michael Carter-Williams to Milwaukee in January and 2014 first-round draft pick Joel Embiid did not play this season (broken foot).

''To coach gypsies and to coach a revolving door, that's not what I'm looking for,'' he said.

Team president Sam Hinkie has stuck to his plan of stripping the team of talent only to build it back up one pick at a time.

''It's not a huge amount of data. We need to look at more decisions,'' Harris said. ''But the decisions that he's made have been wise and good.''

76ers: The 76ers finished last in the league in attendance, averaging 13,927 over the first 40 games. ... Harris declined to address reports that he was close to completing a deal to buy EPL club Crystal Palace. ... Harris said the team's new practice facility in Camden, New Jersey, should open before the 2016-17 season.

Brown let several of the bench players draw up plays in the huddle. Guard Jason Richardson joked the Sixers scored on all of his plays.