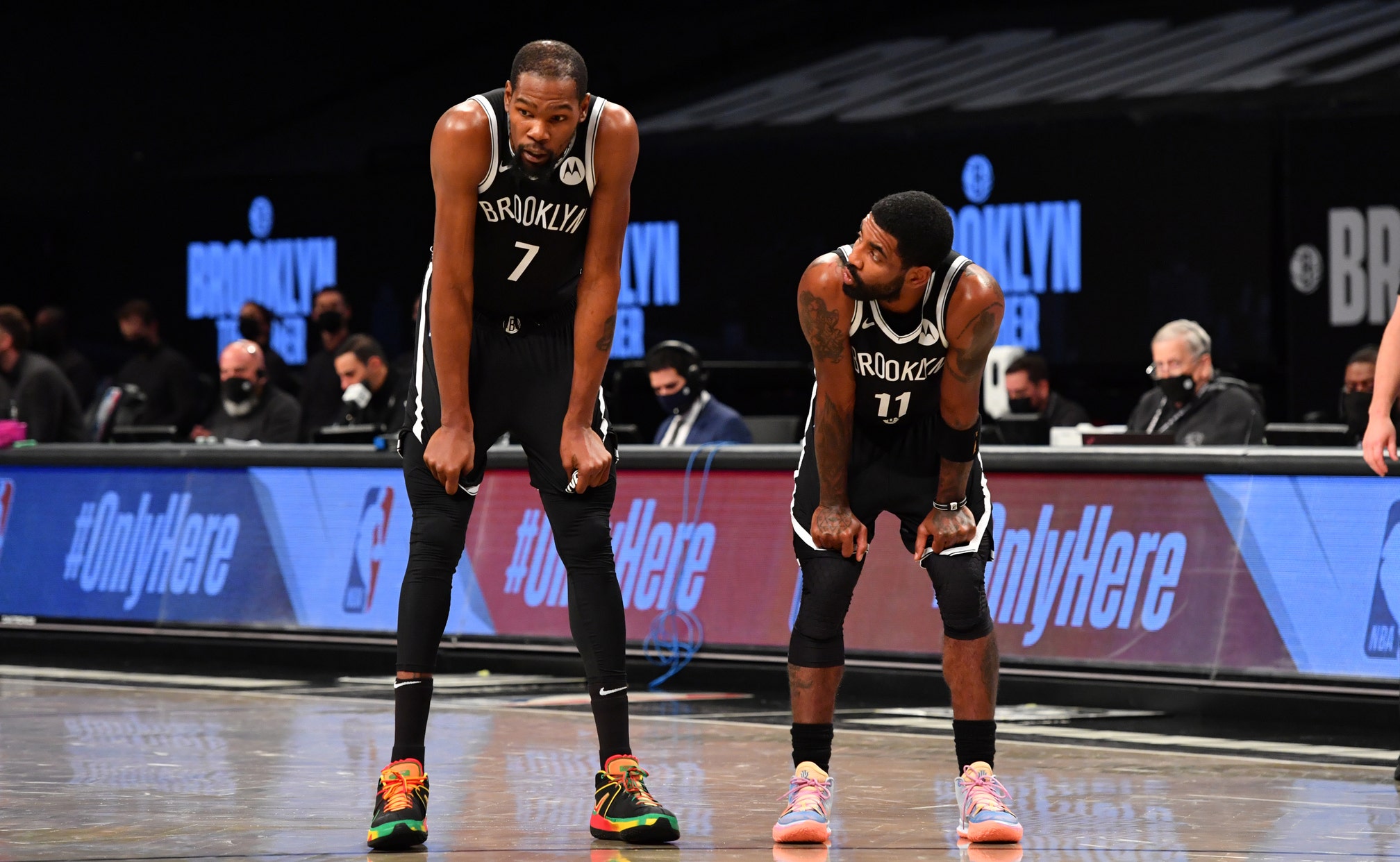 New York basketball appears to be back in a good spot – just not in Manhattan.

The Brooklyn Nets routed the Golden State Warriors in the NBA season-opener, announcing their presence as a squad to be reckoned with this year.

Here are the key takeaways from Thursday's season-opener.

There were no signs of injury or rust for Kevin Durant in his Brooklyn debut, and the former MVP came out scoring early and often.

Durant was efficient in his short time on the floor, scoring 22 points in 25 minutes of work.

The game looked easy at times for Durant, as it has over the course of his 14-year career.

If this is the version of Durant that will appear in Brooklyn this season, the Nets – presumably – will be immediate title contenders.

As smooth as Durant looked in his Nets debut, he was arguably the second best player on the floor, as his teammate Kyrie Irving was simply dominant against the Warriors.

The scoring barrage caught the attention of Hall of Fame point guard Isiah Thomas on Twitter, with the Pistons legend singing the praises of Irving.

There are very few players in the world who can go bucket for bucket with Durant.

One of them is his superstar teammate.

3. Who will step up for the Warriors?

Stephen Curry's place among the NBA's elite is written in stone, so a 7-for-21 shooting night from the two-time MVP isn't a cause for concern.

But outside of Curry, the Warriors will need someone – anyone – to step up in order to alleviate the pressure off of their superstar guard if they want to make last season's absymal campaign a blip on the radar and not the norm in the Bay Area.

Outside of Curry, Warriors starters shot a combined 4-for-14 from three-point range, making it hard for Curry to consistently find space. In fact, on several occasions, he was double-teamed once he crossed half-court.

Rookie James Wiseman did show promise in his NBA debut, scoring 19 points on 7-of-13 shooting from the field, but that was the only bright spot for the Warriors in their season-opener.

Here's what social media had to say about Brooklyn's demolition of Golden State.