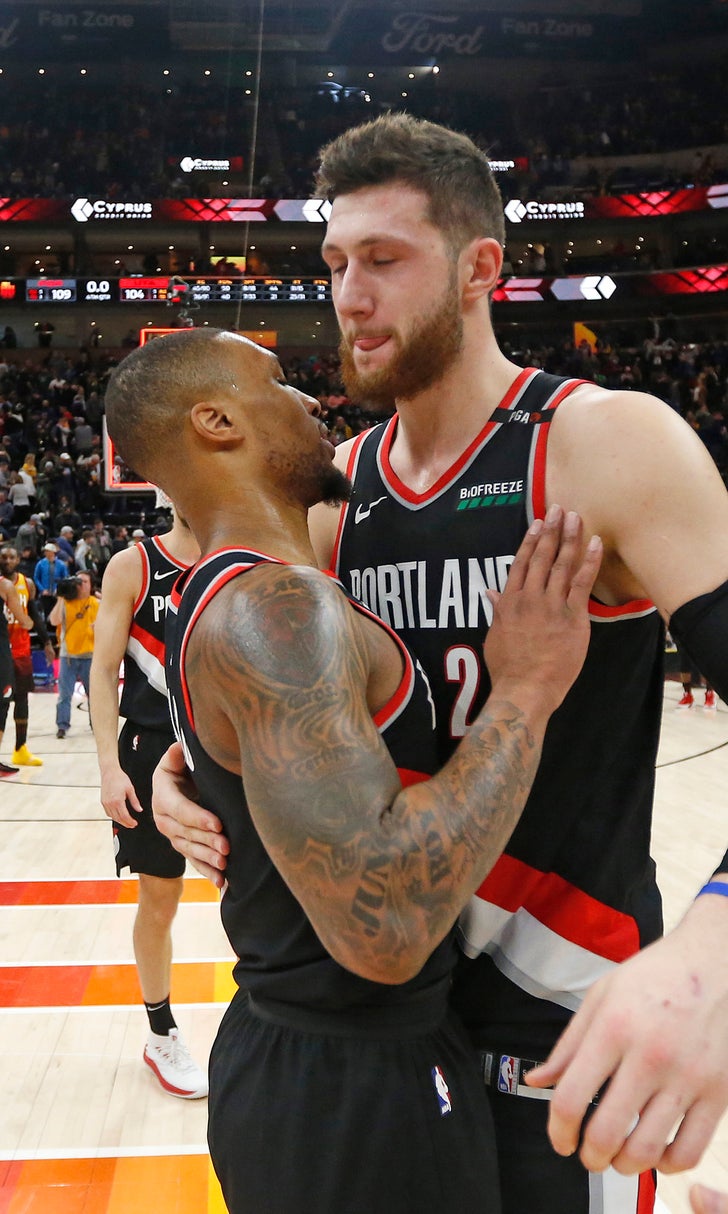 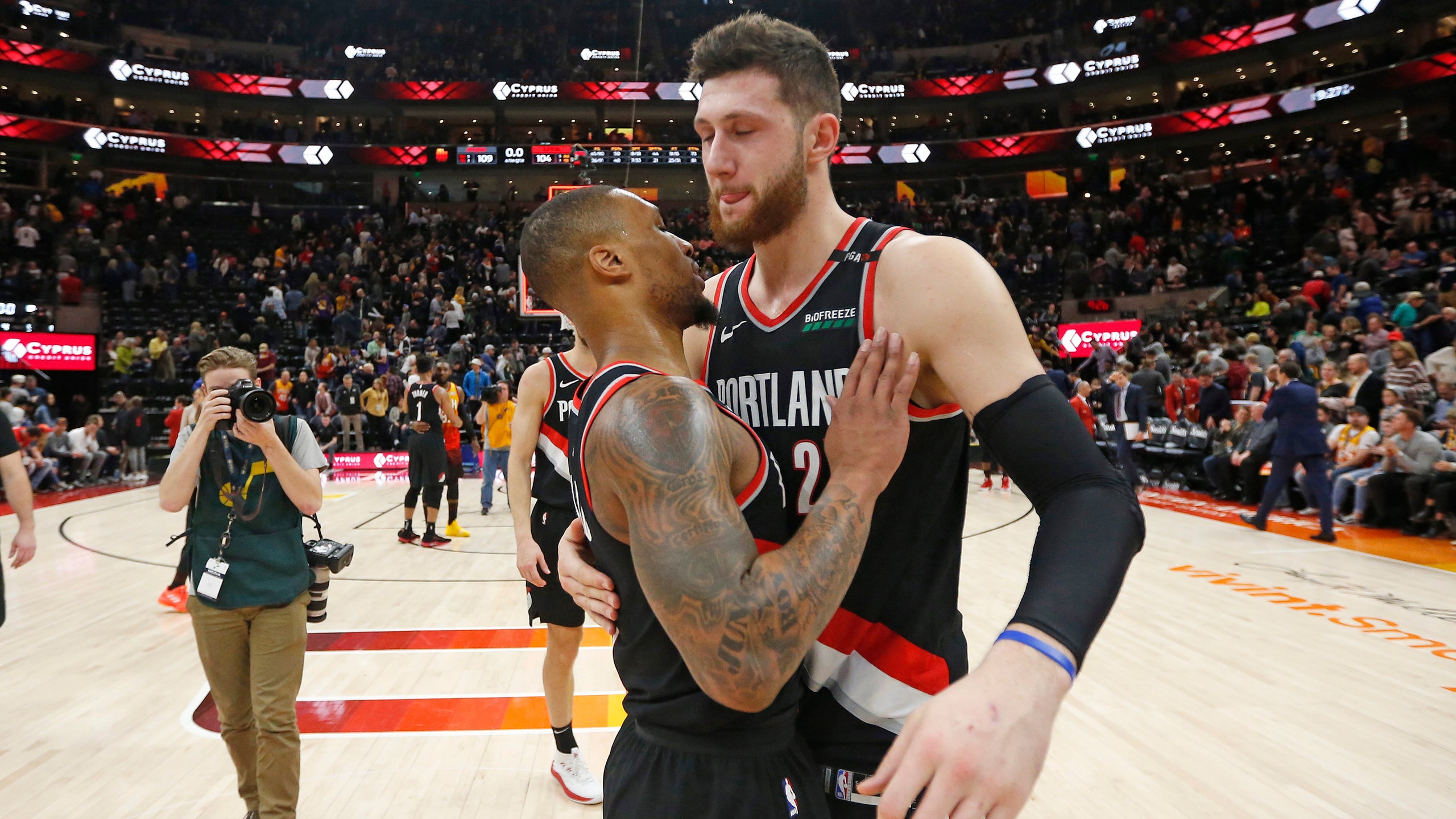 Blazers in familiar territory but with 2 new additions

PORTLAND, Ore. (AP) — The Portland Trail Blazers find themselves in much the same position as last season heading into the post-All-Star break stretch run.

They're coming off a confidence-boosting win over Golden State.

One thing is new this year, however. The Blazers made a couple of key moves before the break to shore up their bench and to help propel them into the playoffs.

Portland resumes its season Thursday at the Brooklyn Nets, the first of a grueling seven-game road swing. The game will likely mark the Blazers debut of Enes Kanter, signed just before the break.

Kanter was waived by the Knicks following the trade deadline. He was once a starter in New York but he fell out of the rotation when the team turned its focus to younger players. The center from Turkey averaged 14 points and 10.8 rebounds in 115 games over two seasons.

"As far as the rotation, that should be pretty seamless. He'll get the backup five minutes," Blazers coach Terry Stotts said. "He's a proven NBA player. He can score, he can rebound. He's played in big games. So it shouldn't be too difficult."

Kanter will join a second unit that, as it stands, includes Jake Layman, Seth Curry, Evan Turner and another newcomer, Rodney Hood. Acquired at the trade deadline in a deal with Cleveland, Hood has played in four games with the Blazers, averaging 9.72 points a game.

The moves give Portland better depth as the team heads into the critical part of the season. The Blazers are 34-23 and in fourth place in the Western Conference. They're seven games back of first-place Golden State, the team they bested by 22 points last week.

"To go into the All-Star break and be confident knowing that we beat one of the best teams, if not the best team in the NBA, it's huge for us," forward Zach Collins said.

There are still 25 games left, but for the past two years the Blazers have mounted post-break rallies.

Last year at this time, Portland was 32-26, sitting in sixth place in the West, and also coming off a victory over the Warriors. The win touched off a 13-game winning streak that helped the team secure the West's third seed for a fifth straight playoff appearance. The team's streak matched the franchise record.

The previous season, Portland lost three straight games to go into the break at 23-33, and an overtime loss at Detroit shortly thereafter put the Blazers 11 games under .500. But Portland caught fire from there and went 13-3 in March. Damian Lillard was named the conference's Player of the Month, averaging 29.1 points in 16 games, and Stotts was named Coach of the Month.

Following the latest victory over the Warriors, Lillard said he was happy with the team's position heading into the remainder of the season, even if they let a few slip away.

"I like it, I think it's better than it has been in the past going into the break," he said, referring to the team's current record. "A big win going into the break. So that's a positive, but obviously for us we look back at the opportunities we let slip away. The Dallas game, the Miami game at home. ... But all things considered, I think we all like where we are."