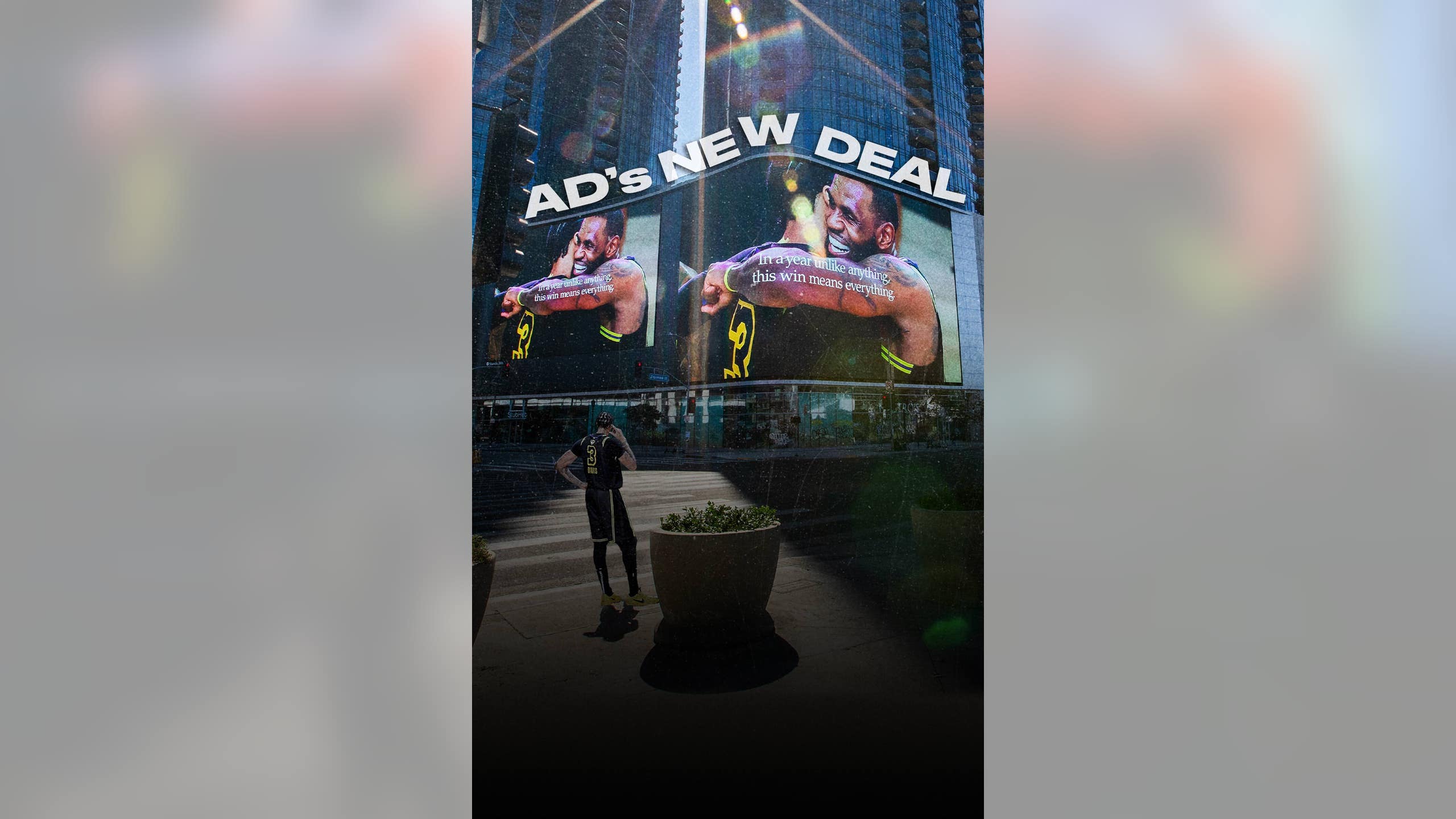 Only in the sphere of the Los Angeles Lakers, where everything is amplified and magnified – and which is the only organization capable of making moves that leave the rest of the league terrified – can something simultaneously be a total anticlimax and also a seriously big deal.

Yet the Thursday report that the NBA woke up to, of Anthony Davis poising himself to ink a new five-year contract worth a maximum $190 million right after LeBron James ante’d-up for two years and $85 million, is somehow both things.

It is the kind of transaction that has to be newsworthy by default, on account of the eye-popping numbers, the length of Davis’ commitment, and mostly because it involves the reigning league champion and the player that’s half of the two-headed monster that makes the current Lakers great.

But there wasn’t anything about it that shocked anyone, and in terms of shaking up the ecosystem in the league, there is nothing to see here. As you were, NBA. The Lakers will be favorites to win it all again once things get restarted, listed at 3-to-1 odds to hoist the Larry O’Brien Trophy, per FOX Bet.

“It is great for the Lakers, (but) I expected this,” FOX Sports NBA analyst Chris Broussard said. “No one thought (AD) was leaving the Lakers. It was just a matter of what contract he was going to sign.”

In recent interviews, Davis even joked at the nonsense of his “free agency” with a giant grin on his face whenever he spoke of “not having a team.”

James and Davis were always going to hitch their medium-to-long term wagons to each other, given the proviso that things didn’t implode immediately once they connected at the start of last season. Which, you might remember even during these confusing times, ended pretty well – with the championship trophy heading back to L.A. for the first time since the Kobe Bryant era.

Now let’s be fair, such superstar pairings don’t always work out as they are envisioned and some of them don’t work out at all.

Yet this one was always going to thrive on some level, barring physical misfortune, if for no other reason than James and Davis’ respective abilities and the fact that this is the tandem they both wanted, planned for and bought into.

“It seems anticlimactic,” First Things First co-host Nick Wright said of the Davis and James contracts on FS1. “But it is only what we expected because of what they accomplished. In one of the most tumultuous, difficult, unprecedented years in the NBA, of all the teams in the league, this one from start to stoppage, to restart, to finish, was the most consistent, had the most chemistry and was the most together.”

The way the announcements were spread out in some ways marginally overshadowed the James news, not that he will care too much about that. It also, given that he will turn 36 in a few weeks, makes one think about what the NBA might look like once he is done with it all.

James’ two-year extension will take him to age 39 and does confer a fraction of room for alternatives towards the end, but was essentially a statement that he is a Laker for good. Was this is a signal that he plans to be done after 2022-2023? Or even that he’d then want the freedom to be able to play for whatever team his son Bronny may end up on – James Jr. graduates high school in the summer of 2023 and the NBA seems headed toward changing its high school to pros restriction.

On Undisputed, Skip Bayless spoke of how, while the Lakers are dominated by two men on the court, James is streets ahead in terms of capturing the public’s interest. Davis is more quiet and reserved, and likes it that way.

“(LeBron) is the most interesting man in the world,” Bayless said. “It is always something with LeBron. Sometimes the outcome of his games don’t matter because there is always a subplot, a soap opera or legitimate big news. He has a forcefield around him that creates a dynamic of stories. If he does go away, it is going to be hard for the NBA to live back up to the legacy he leaves in marquee value.”

Long-term however, the impact of Davis’ long expected tenure with the Lakers could have the most influence, despite how predictable it was.

Davis signing on does a lot of things, including making the Eyebrow even more fabulously wealthy, but it also is a clear statement that he believes James is the right person to help him achieve his personal goals of winning as many titles as possible, and ultimately taking over as the best player in the league.

The situation is big. The potential is big. The reality that James has a shot at challenging Michael Jordan’s number of career titles is, in the context of NBA history, spectacularly big. The Lakers juggernaut is both big and operating under a full head of steam right now, with momentum squarely in its favor.

But those factors were already in place, we just stopped talking about them so much for a while because the league is on a little break and the Houston Rockets are imploding and there were a few notable trades and there are Christmas Day games already knocking on the door.

Davis’ contract, and James’ extension, weren’t a breakthrough or a cumulative tipping point. They were a formality and in terms of who goes where and which teams are going to be good and the overall balance of power, it changes nothing.

But it was also a reminder. That Lakers are here, once again the air that the rest of the NBA breathes, and the focus of everyone’s ambition.

How to win $25,000 on NBA Wednesday
A possible NBA Finals preview looms, as the West's top team heads to Philadelphia to face the East's top dog.
4 hours ago

Still Holding Court
LeBron James put up 46 in his old stomping grounds on Monday night. Just how incredible has the King been this season?
8 hours ago

Sports World Honors Kobe And Gigi
On the one-year anniversary of the tragic deaths of Kobe and Gianna Bryant, here's how the sports world paid tribute.
8 hours ago

Remembering Kobe: His Legacy Lives On
The Lakers organization still struggles with the loss of Kobe Bryant. But his legacy inspires them on a nightly basis.
10 hours ago
those were the latest stories
Want to see more?
View All Stories
Fox Sports™ and © 2021 Fox Media LLC and Fox Sports Interactive Media, LLC. All rights reserved. Use of this website (including any and all parts and components) constitutes your acceptance of these Terms of Use and Updated Privacy Policy. Advertising Choices. Do Not Sell my Personal Info