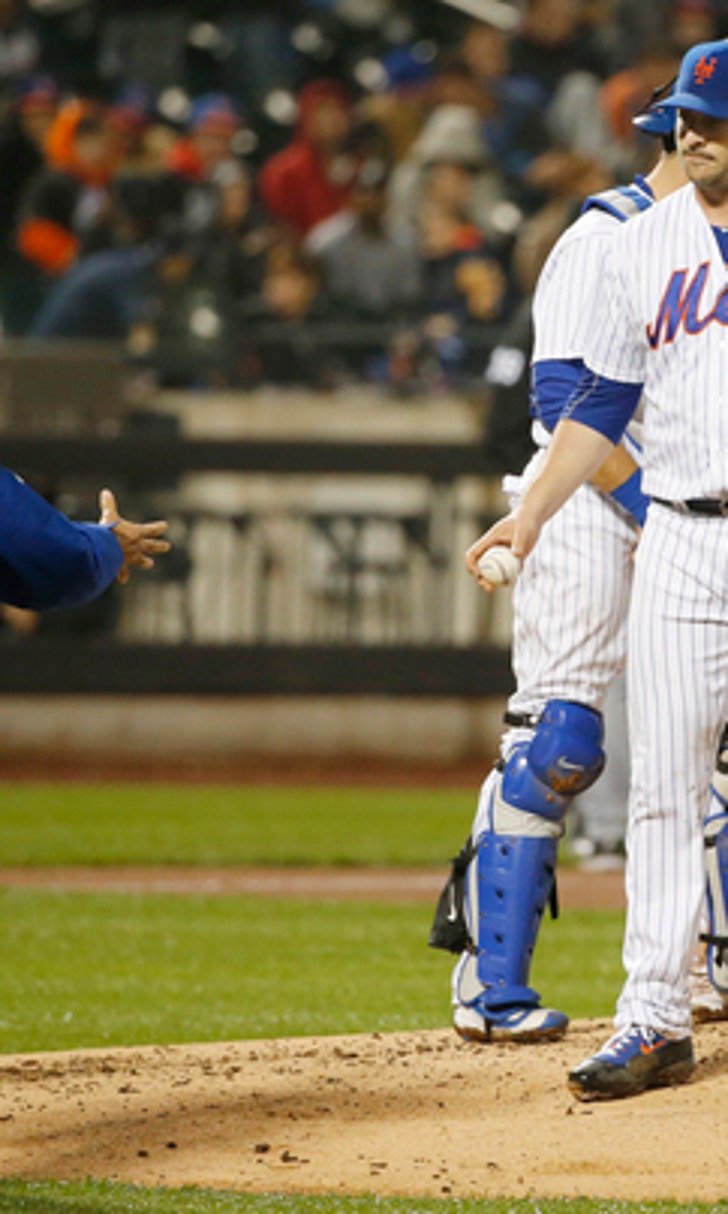 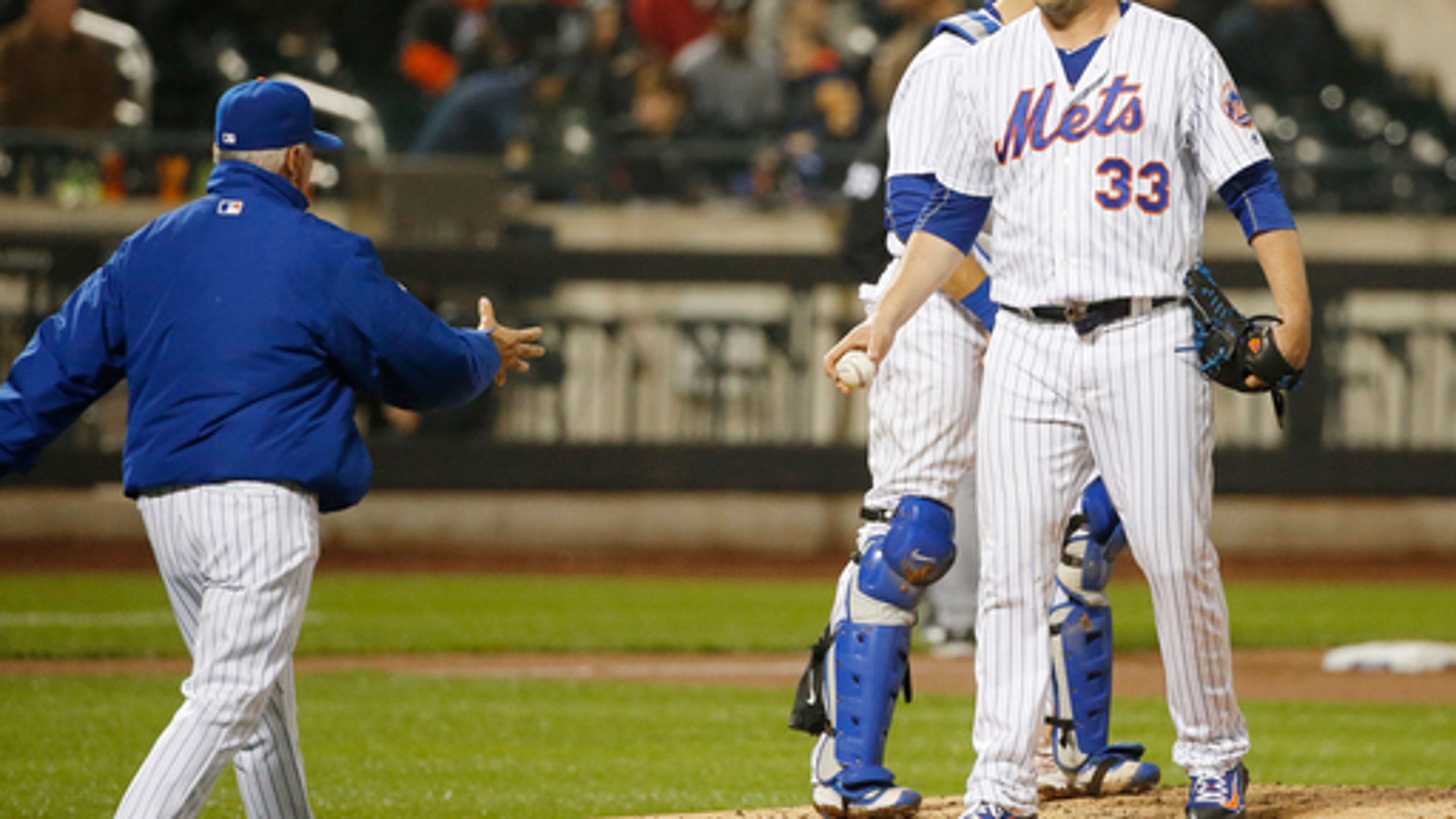 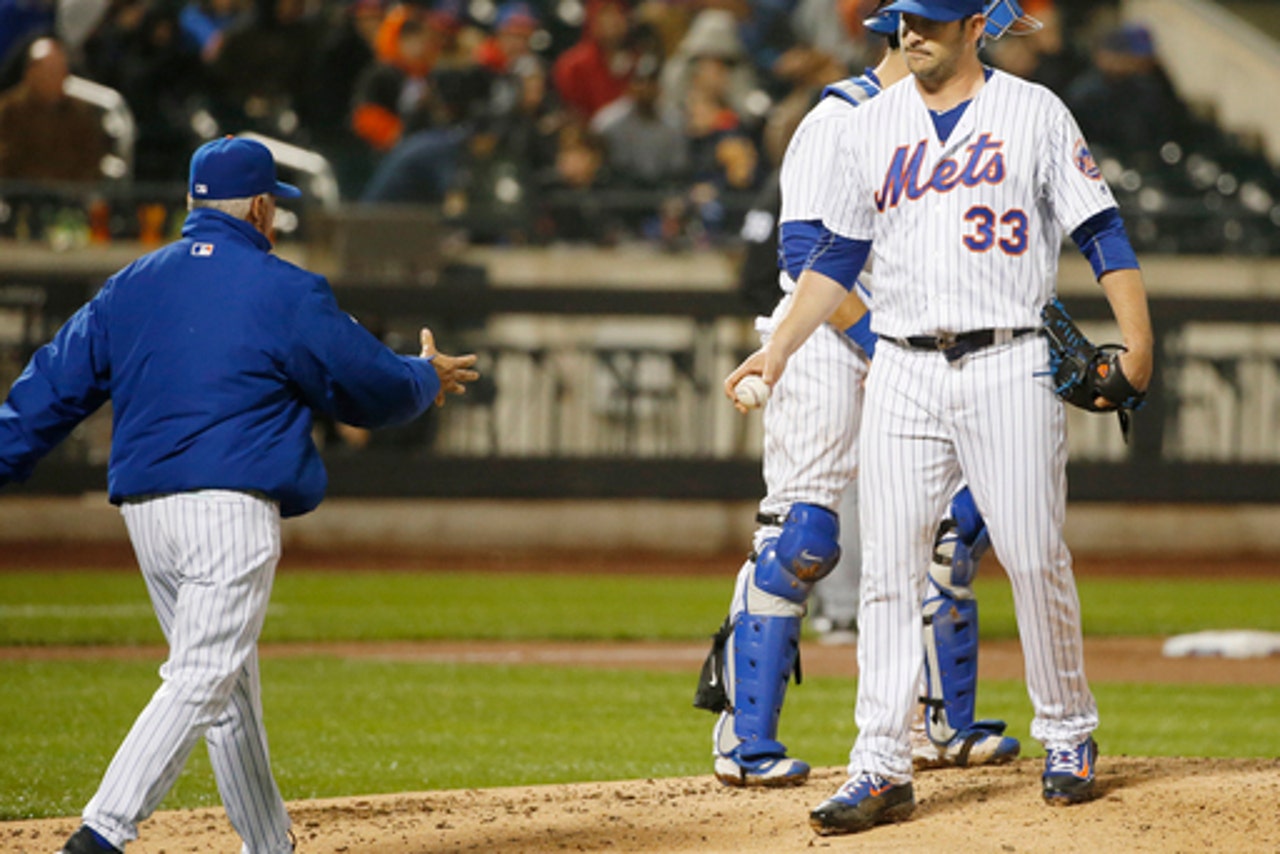 Asdrubal Cabrera's clean single to center field with one out in the fifth was the lone hit for the defending NL champions. Wisler (1-2) walked two, struck out four and beat the Mets for the third time in his two-year career.

A.J. Pierzynski added an RBI double and the Braves, with the worst record in the majors at 7-19, won for the third time in five games following an eight-game skid.

Harvey (2-4) didn't feel well Monday and was given fluids to help him recover Tuesday afternoon, Mets manager Terry Collins said. The right-hander pitched out of a second-inning jam but faltered in the fifth and sixth.

The speedy Smith sliced a one-out drive into the left-field corner in the fifth and slid into third with what appeared to be a triple after the ball caromed away from Michael Conforto.

But a 50-second crew chief replay review showed the ball barely cleared the orange line on the wall near the 335-foot sign. The initial call was overturned and Smith, batting ninth behind Wisler, trotted to the plate with his first major league home run. He hit 13 homers in four minor league seasons.

It was only the sixth home run this season for the Braves, by far the fewest in the majors.

Ex-Met Kelly Johnson singled leading off the sixth and stole second. He scored on the double by Pierzynski, who later dashed home on a wild pitch.

Harvey was pulled after 100 pitches and 5 2/3 innings, and he returned to the dugout with his head down. He gave up eight hits and walked two while striking out four on a damp and dreary 53-degree night.

One pitch after Cabrera singled, Wisler erased him by getting Kevin Plawecki to ground into an inning-ending double play.

Arodys Vizcaino worked a 1-2-3 ninth for his third save.

The 23-year-old Wisler tossed eight sharp innings to beat Jacob deGrom and the Mets 2-1 in his big league debut last June 19. The right-hander was acquired from San Diego in April 2015 in the trade that sent All-Star closer Craig Kimbrel to the Padres.

Braves: OF Ender Inciarte (strained left hamstring) will begin a rehab assignment Wednesday with Triple-A Gwinnett, which is off Thursday. If all goes well, Inciarte would play for Gwinnett again Friday and could rejoin the Braves on Saturday or Sunday during the home series against Arizona, manager Fredi Gonzalez said. ... 2B Gordon Beckham (strained left hamstring) will start his rehab assignment Saturday at Gwinnett and could come off the disabled list in time for next week's series against Philadelphia, Gonzalez said. ... Atlanta signed free agent LHP Sean Burnett to a minor league contract.

Mets: Lefty reliever Josh Edgin, working his way back from Tommy John surgery, pitched a scoreless inning Monday night in his first outing since his rehab assignment was moved to Triple-A Las Vegas. Edgin has yielded one run over 5 1/3 innings in seven minor league rehab games.

Braves: RHP Jhoulys Chacin (1-1, 3.27 ERA) starts the series finale Wednesday afternoon. He lost to Steven Matz and the Mets on April 23 in Atlanta.

Mets: After a dreadful outing in his first start of the season, Matz (3-1, 3.86) has won three in a row, compiling a 0.93 ERA and 21 strikeouts over 19 1/3 innings during that stretch. The rookie left-hander has seven major league wins, most by any Mets pitcher through his first 10 regular-season games. Two of those victories have come against the Braves.