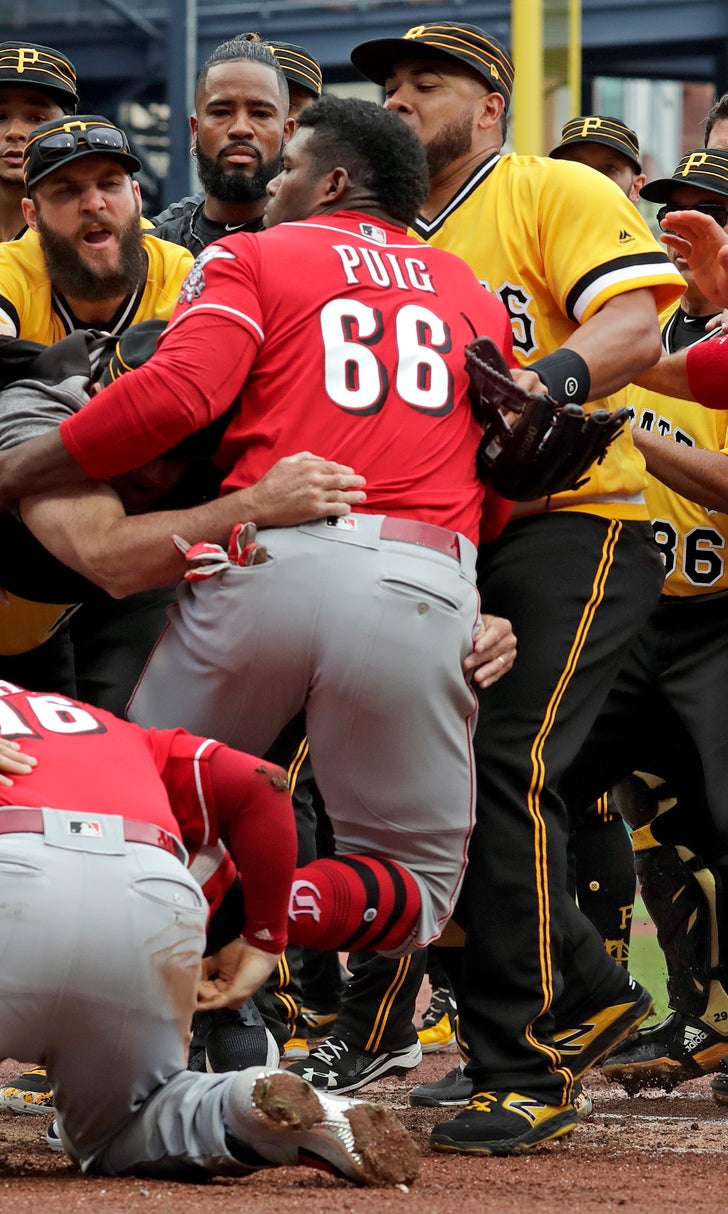 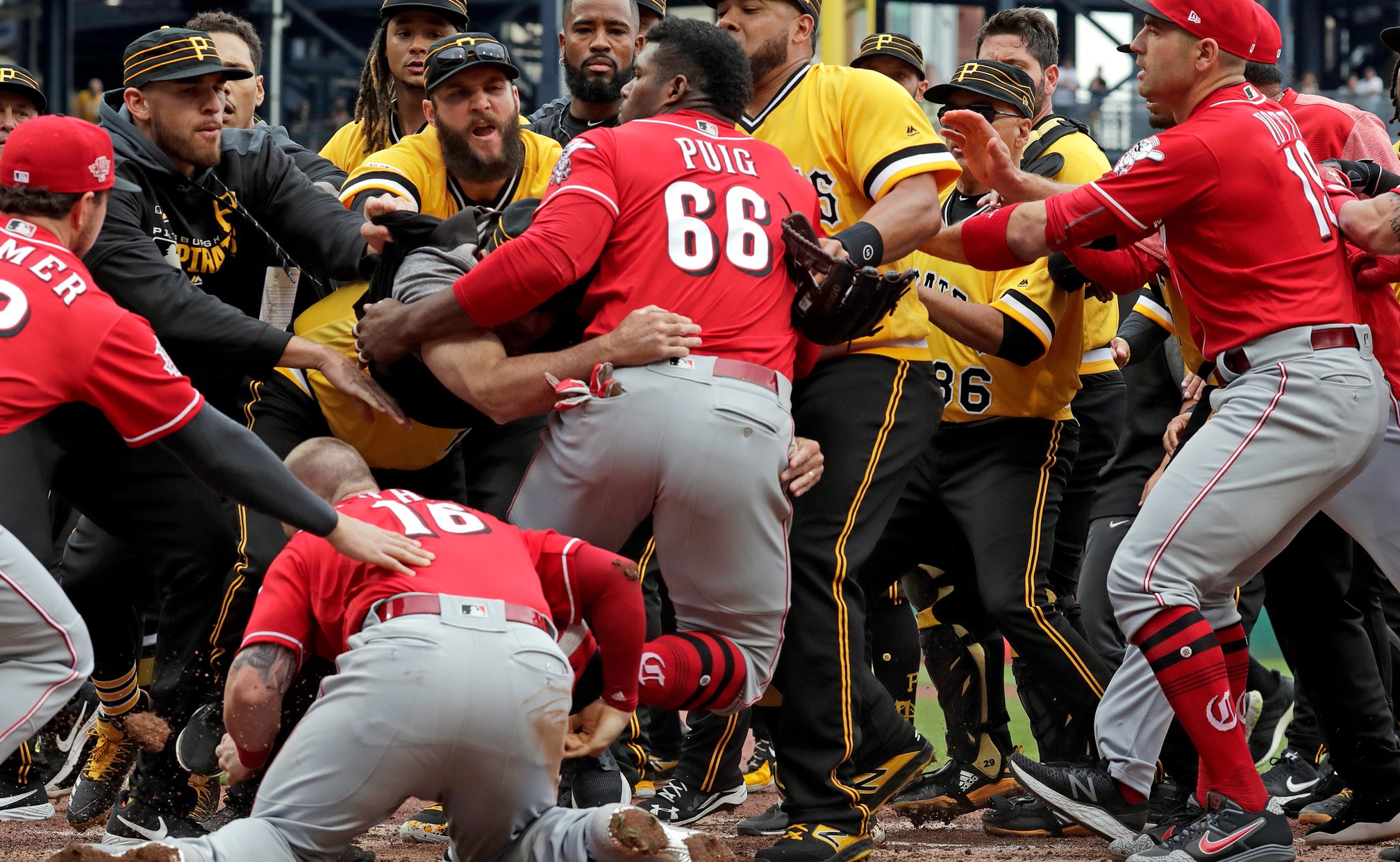 PITTSBURGH (AP) — Yasiel Puig looked eager to take a big swing. And not with a bat, either.

An enraged Puig barreled into a bunch of Pirates during a bench-clearing fracas Sunday, and was among five ejections in Pittsburgh's 7-5 victory over the Cincinnati Reds.

The trouble started in the fourth inning when Pirates starter Chris Archer threw his first pitch behind the waist of Derek Dietrich. His previous time up, Dietrich dropped the bat and stood to admire his 436-foot home run clear the fence atop the Clemente Wall and bounce into the Allegheny River.

The Reds weren't buying it.

And when Archer was allowed to stay in the game, tempers quickly escalated.

The excitable Puig, in his first season with the Reds, grabbed Pirates bench coach Tom Prince and tried to put the 54-year-old former catcher in a headlock. Puig kept trying to plow ahead, and eventually was held back by teammate Joey Votto.

"When people watch the ball go far away or do bat flips, like I do before, in the next (at-bat) try to strike out the guy," Puig said. "Don't try to hit the guy, because we can't defend you back because we can't hit you with a bat or nothing."

"It's just completely unacceptable for anyone to try to intentionally hurt one of our players," Bell said. "It's that simple. And it was obvious."

Vazquez said he was ejected for entering the field without his uniform top. The reliever, said Dietrich, who was designated for assignment this offseason, hasn't earned the right to do something like that.

Bell's homer helped the Pirates complete a four-game sweep. He said he isn't worried there might be lasting repercussions with the Reds going forward.

"It's not concern, it's excitement," he said. "This is what baseball is about. It's starting early. The Reds were a team that kind of gave us some problems last year, so set that standard early and continue to let them know what we're about."

Reds: RHP Luis Castillo (0-1, 1.42 ERA) will start a three-game homestand against Miami on Tuesday. They will be the only three games in Cincinnati for the Reds between April 4 and April 22, a span of 16 games.