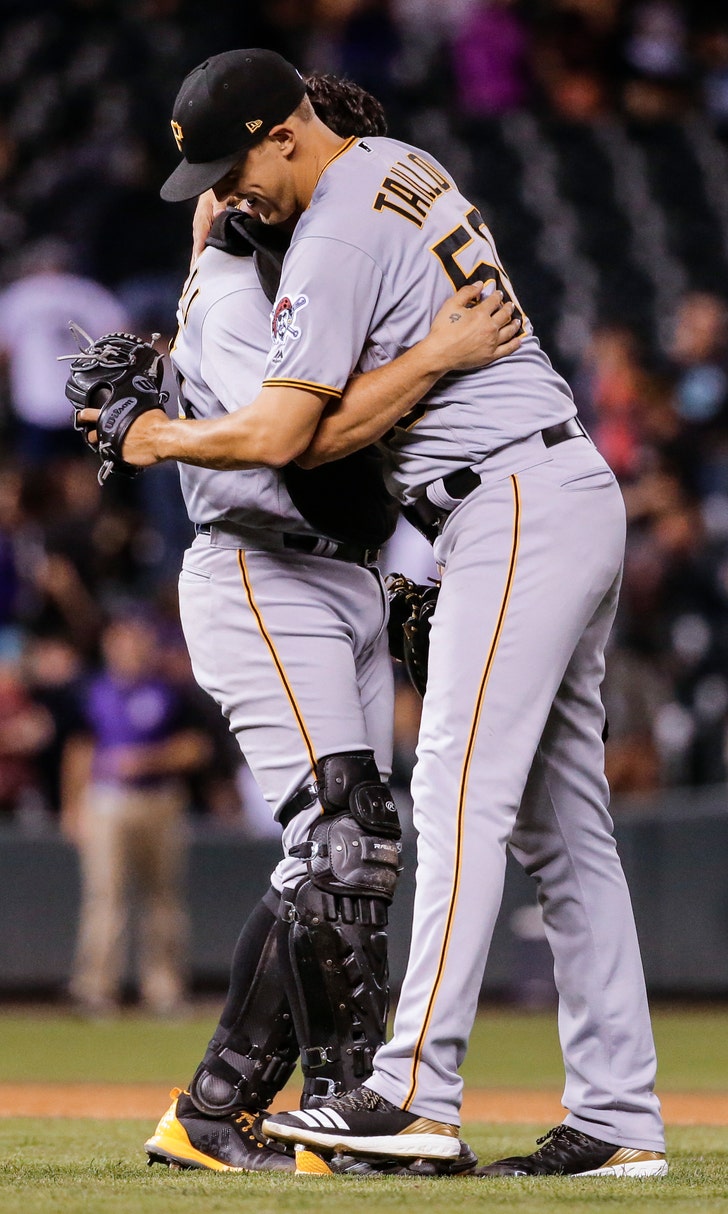 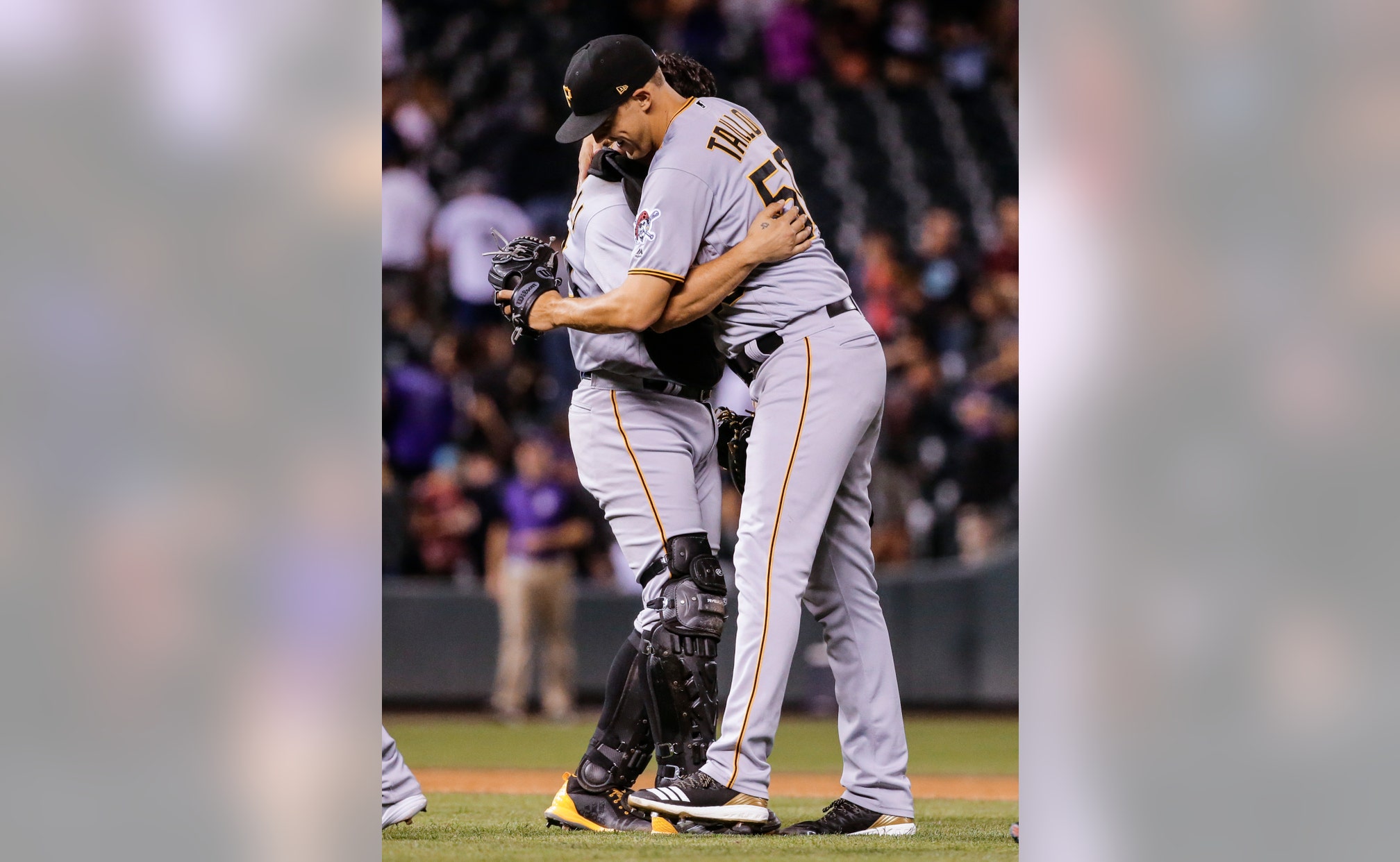 DENVER (AP) — It was Jameson Taillon for Pittsburgh and Chad Bettis for Colorado on Tuesday night at Coors Field.

An intersection with special significance.

Taillon beat Bettis in a matchup of pitchers who battled testicular cancer last year, and the Pirates hit three homers in a 10-2 victory over the Rockies.

"I'm not going to sit here and say we're best friends and we talk on the phone all the time but we've both gone through something that is extremely similar and we both go through something similar starting pitching in the major leagues," Taillon said. "There's an understood bond there, something we'll share for life."

Taillon (9-8) allowed 10 hits in his second complete game of the season. The 26-year-old right-hander struck out three and walked one, helping the Pirates stop a three-game slide.

He became the first visiting pitcher to toss a nine-inning complete game in Denver since Dodgers ace Clayton Kershaw shut out the Rockies on July 2, 2013.

Taillon threw 107 pitches, 70 for strikes. He needed just 15 to get the final three outs in his second career complete game.

"You always hear closing out games is tough, weird things happen in the ninth so I told myself it's a 0-0 game, let's close out this inning," Taillon said.

Starling Marte hit a solo drive in the first and Jordy Mercer connected for a three-run shot against Bettis (5-2) with two out in the fourth. Josh Harrison capped Pittsburgh's five-run fifth with a two-run homer off Jake McGee.

Bettis allowed nine runs and eight hits over 4 2/3 innings in his first start after missing five weeks with a blister on his right middle finger.

"The problem was those two walks in the fourth and the home run by Mercer," Bettis said. "It really came down to those three at-bats where I didn't really execute the pitches like I wanted to."

Taillon was diagnosed with cancer last year and missed six weeks after surgery last May.

Bettis was diagnosed in November 2016. He was cleared to report to spring training before tests revealed he had cancer in his lymph nodes and he underwent treatment. He made his season debut on Aug. 14 and started nine games last year.

Colorado made it 10-2 on Carlos Gonzalez's two-run double with one out in the sixth.

Tuesday marked the one-year anniversary of the death of former Rockies manager Don Baylor. Baylor was Colorado's first manager and held that position for six seasons. He gave Hurdle his first job on a major league staff.

"I'm forever grateful," Hurdle said. "There's times during the season or other times I'll remember things he did or things he said that resonate, that have meaning. There's still enough people within the game that I'll see from time to time that we were connected. His spirit lives."

Shortstop Adeiny Hechavarria joined the Pirates in time for Tuesday's win. His plane landed at Denver International Airport at around 5 p.m. local time and made it to Coors Field 25 minutes before the first pitch.

He was acquired Monday in a trade with Tampa Bay.

Rockies star Charlie Blackmon singled in the sixth inning for his 1,000th career hit. He received a short standing ovation from the crowd.

Pirates: INF Sean Rodriguez was placed on the 10-day DL - retroactive to Monday - with a strain to the left abdomen.

Pittsburgh right-hander Chris Archer (3-5, 4.40 ERA) will make his second start since he was acquired in a trade with the Rays. He will face Rockies right-hander German Marquez (9-8, 4.70 ERA) in the series finale on Wednesday.