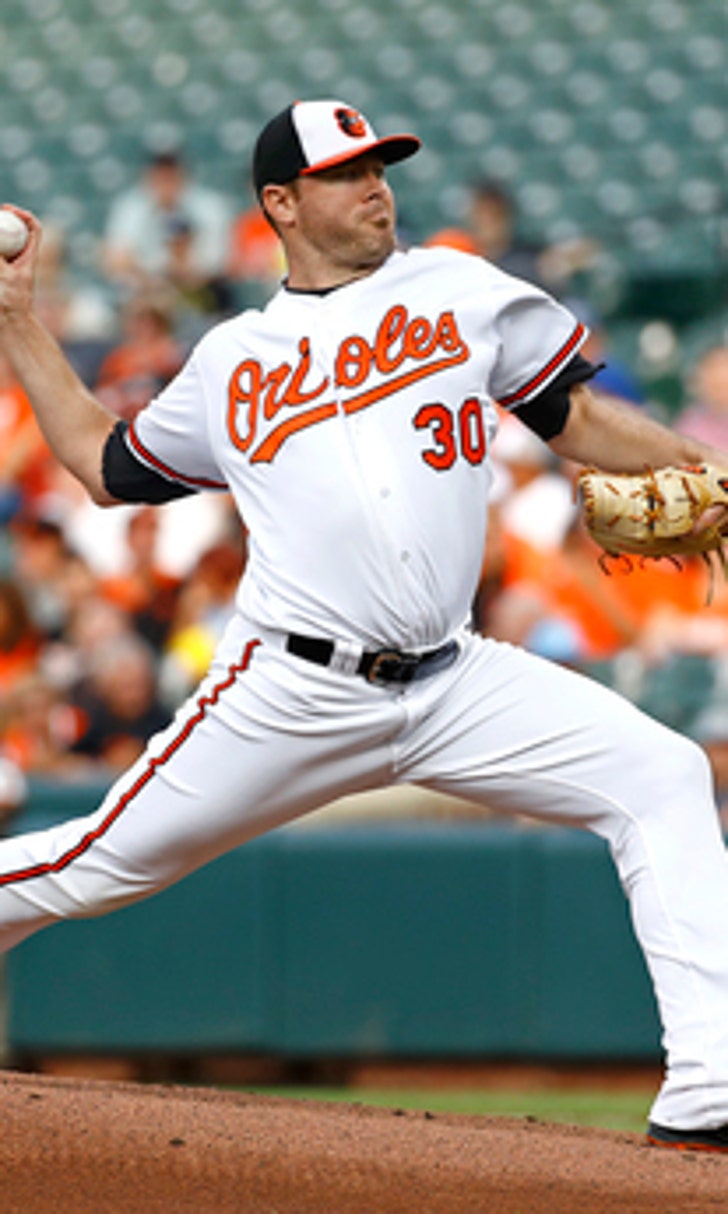 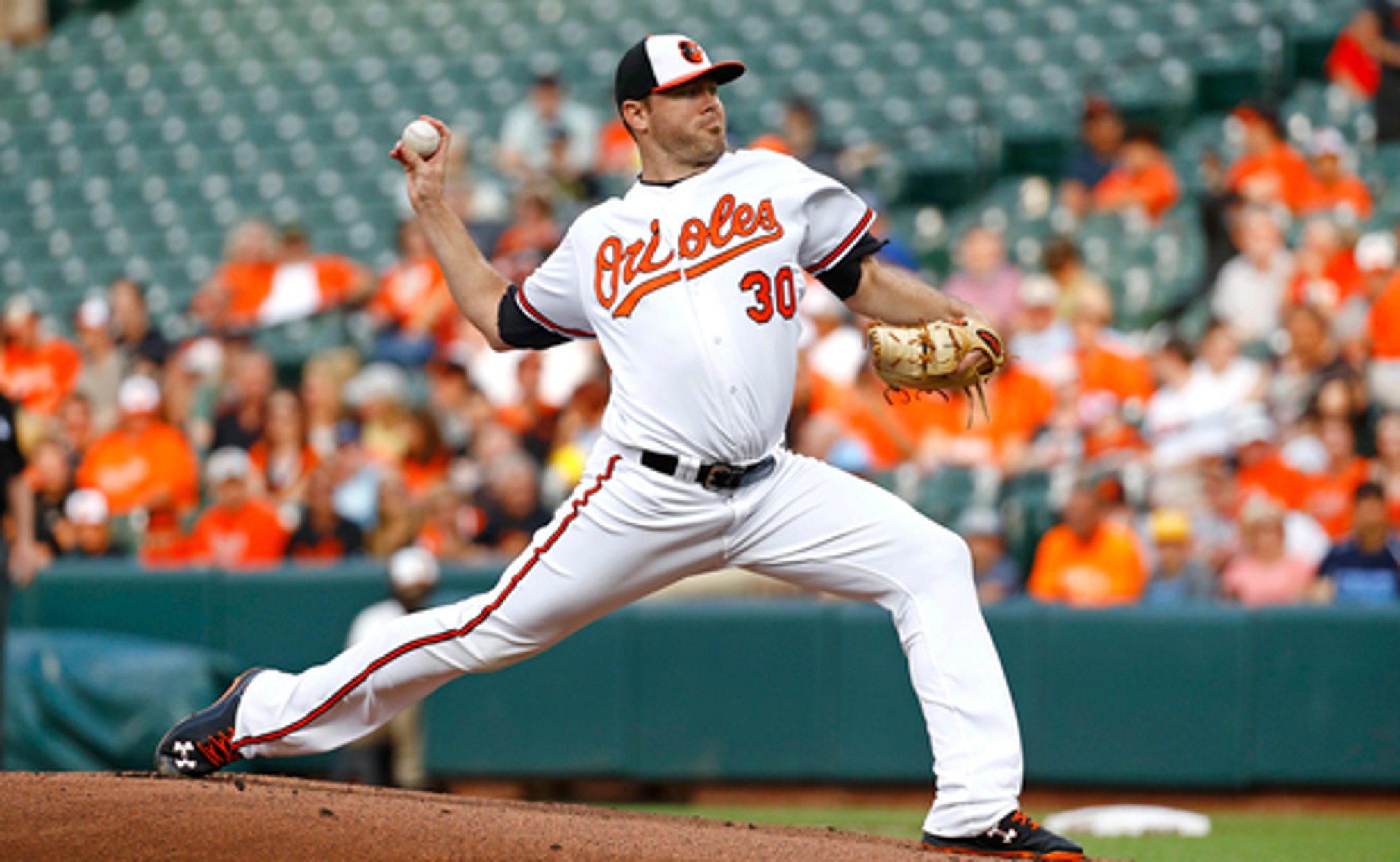 BALTIMORE (AP) Chris Tillman and a trio of relievers provided the Baltimore Orioles something that's been lacking for much of this season: a well-pitched game.

Seth Smith hit a tiebreaking homer in the seventh inning and the Orioles used a solid outing from by its struggling pitching staff to beat the Texas Rangers 3-1 Monday night.

Smith connected off Andrew Cashner (4-8) to make it 2-1, Baltimore's first lead since the All-Star break following a three-game sweep by the Chicago Cubs. Baltimore yielded 27 runs in that series, including 21 by the starters over 11 1/3 innings.

In this one, Tillman allowed one run and two hits over six innings. It was the right-hander's best performance since his season debut on May 7, when he blanked the White Sox over five innings in what remains his only win over 12 starts.

''It was great. He did fantastic,''" Smith said. ''I think that's what we expect from him, and what he expects from himself, so it was great to see him go out there and shut them down.''

Richard Bleier (2-1) pitched a scoreless seventh, Mychal Givens had a perfect eighth and Brad Brach completed the three-hitter for his 16th save.

''There's a lot of pieces, but we know that's been a challenge for us,'' manager Buck Showalter said about the team's pitching. ''We know that's got to get better.''

Manny Machado went 3 for 3 and Welington Castillo had two hits and scored a run for the Orioles, who were coming off a 2-8 stretch that dropped them into a tie with Toronto in the AL East cellar.

Adrian Beltre had two hits for the Rangers to move within 18 of 3,000 for his career.

Texas has scored only five runs in its last three games and now stands at 45-47.

''There have been a couple of games here where the offense has been challenged. The opportunity to score has been challenged,'' manager Jeff Banister said. ''But these guys are still playing. We're engaged. We're getting excellent starting pitching.''

Cashner gave up three runs and six hits in 6 2/3 innings.

''I thought he was pretty good,'' catcher Jonathan Lucroy said. ''Obviously, I thought he threw well enough to get the win. We just didn't score runs for him.''

Texas took a 1-0 lead in the second inning when rookie Drew Robinson drew a two-out walk and scored on a double by Lucroy , who was thrown out trying to make it a triple.

Baltimore pulled even in the sixth when Adam Jones walked, went to third on Machado's hit-and-run single and scored on a sacrifice fly by Jonathan Schoop .

With the Orioles fading from contention, it's possible that closer Zach Britton could be dealt before the July 31 non-waiver trade deadline.

Robinson, who started in left field for Texas, won't have to worry about playing shortstop anytime soon.

Rangers: RHP Keone Kela (shoulder) will throw a bullpen session Tuesday and could return to game action as early as Thursday, though it's unclear whether that would be with Texas or on a rehab assignment, Banister said . RHP A.J. Griffin (left intercostal strain) will pitch Wednesday at Triple-A Round Rock . LHP Jake Diekman (ulcerative colitis surgery) threw long toss on Monday and expects to have his first bullpen session of the season Thursday.

Orioles: RHP Stefan Crichton (right shoulder strain) was reinstated from the 10-day disabled list and optioned him to Triple-A Norfolk.

Rangers: RHP Tyson Ross (2-1, 5.33 ERA) will start Tuesday night in the second game of the series. He's 0-2 with a 17.10 ERA in seven career appearances against Baltimore.