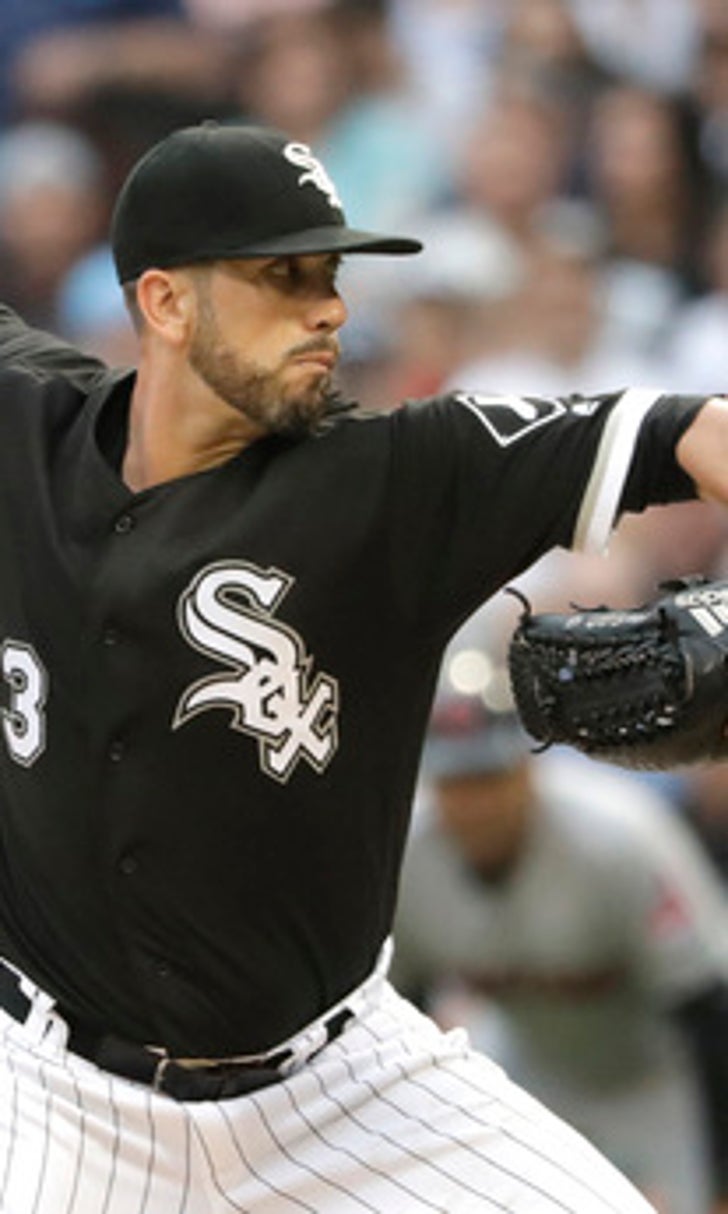 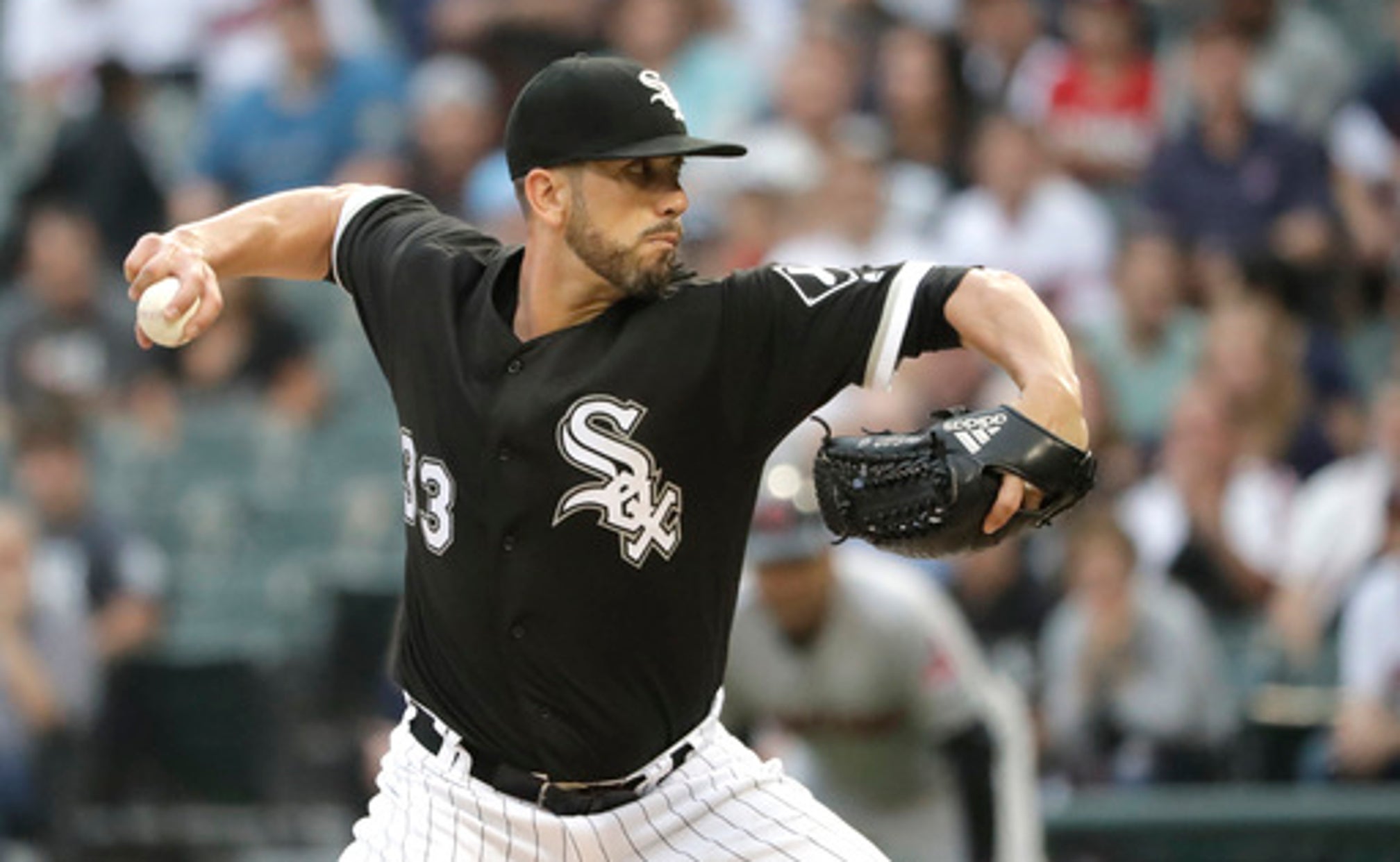 CHICAGO (AP) The Chicago White Sox had the fog machine and strobe lights going after their latest victory. Considering how little they have had to celebrate this season, they're not going to let the opportunities go by.

James Shields won for the first time since opening day, Yoan Moncada and Yolmer Sanchez homered to lead off a three-run first, and Chicago beat the Cleveland Indians 5-1 on Tuesday night.

Shields (2-7) gave up one run and four hits in seven innings after going 12 starts and 13 appearances without a win. The veteran right-hander struck out two and did not walk a batter in his first victory since the opener at Kansas City.

''We're trying to celebrate each win,'' Shields said. ''We're gonna go game by game and try to win the series and enjoy the moment.''

Moncada said through an interpreter that the White Sox started breaking out the fog machine and strobe lights a few weeks ago. On Tuesday, he and Sanchez got the party started .

They connected on consecutive pitches from Adam Plutko. Matt Davidson drove RBI doubles off the center-field wall in both the first and a two-run fifth , and the White Sox beat the AL Central leaders after losing their first four meetings this season.

Recalled from Triple-A Columbus, Plutko (3-1) got tagged for five runs and eight hits in 4 2/3 innings. The 26-year-old righty won his first three major league starts this season before getting knocked around by Chicago.

Shields hit Francisco Lindor in the right foot with his first pitch of the game. He also gave up a sacrifice fly to Jose Ramirez in the sixth, but not much else in a dominant outing .

''He doesn't have the same stuff that he once had, so he's learned how to be a pitcher,'' Jason Kipnis said. ''To live on the corners, to get guys to hit off his pitches, and he's done a good job with it and he did a great job tonight. As a team, we've got to make an adjustment faster to that, not be chasing those type of pitches.''

Cleveland stranded two on in the ninth and came up short after winning five of six.

Xavier Cedeno struck out Jason Kipnis with runners on first and third and one out. Yonder Alonso then took second on indifference before Joakim Soria retired Yan Gomes on a fly to the center-field warning track for his ninth save in 11 chances.

Moncada lined a 2-1 pitch over the center-field wall for his fourth career leadoff homer - all this season. Sanchez sent Plutko's next offering out to right-center, giving Chicago back-to-back drives for the fourth time this season. The White Sox had not started a first inning with consecutive homers since Alen Hanson and Sanchez connected against Tampa Bay's Chris Archer on Sept. 2.

''I feel like I've been pitching really well for the most part, a lot, this season. But wins haven't come my way.'' - Shields on the victory.

The Indians optioned catcher and outfielder Francisco Mejia back to Triple-A a day after recalling him, because catcher Roberto Perez did not need to go on the disabled list. Perez was hit by a pitch in the right wrist against Detroit on Sunday.

Indians: 2B Kipnis (neck) was back in the lineup after sitting out the previous two games and so was 1B Edwin Encarnacion (ankle) after missing three in a row. ... The Indians continue to hold off on activating OF Brandon Guyer (strained neck) after he was hit in the wrist by a pitch during a rehab game for Columbus on Sunday. Manager Terry Francona indicated they might wait until Thursday, when the White Sox send a lefty to the mound in Carlos Rodon. ''We're just trying to make sure he's ready,'' Francona said.

White Sox: OF Avisail Garcia (strained right hamstring) went 1 for 2 for Triple-A Charlotte against Durham in his first rehab game on Tuesday.

Indians: RHP Trevor Bauer (5-4, 2.62 ERA) hopes to continue his mastery over the White Sox after going 2-0 with a 2.19 ERA in two starts against them last year.

White Sox: RHP Dylan Covey (2-1, 2.22) tries to build on another strong outing after throwing three-hit ball over six innings in a 1-0 victory over Chris Sale and the Red Sox at Fenway Park on Friday.