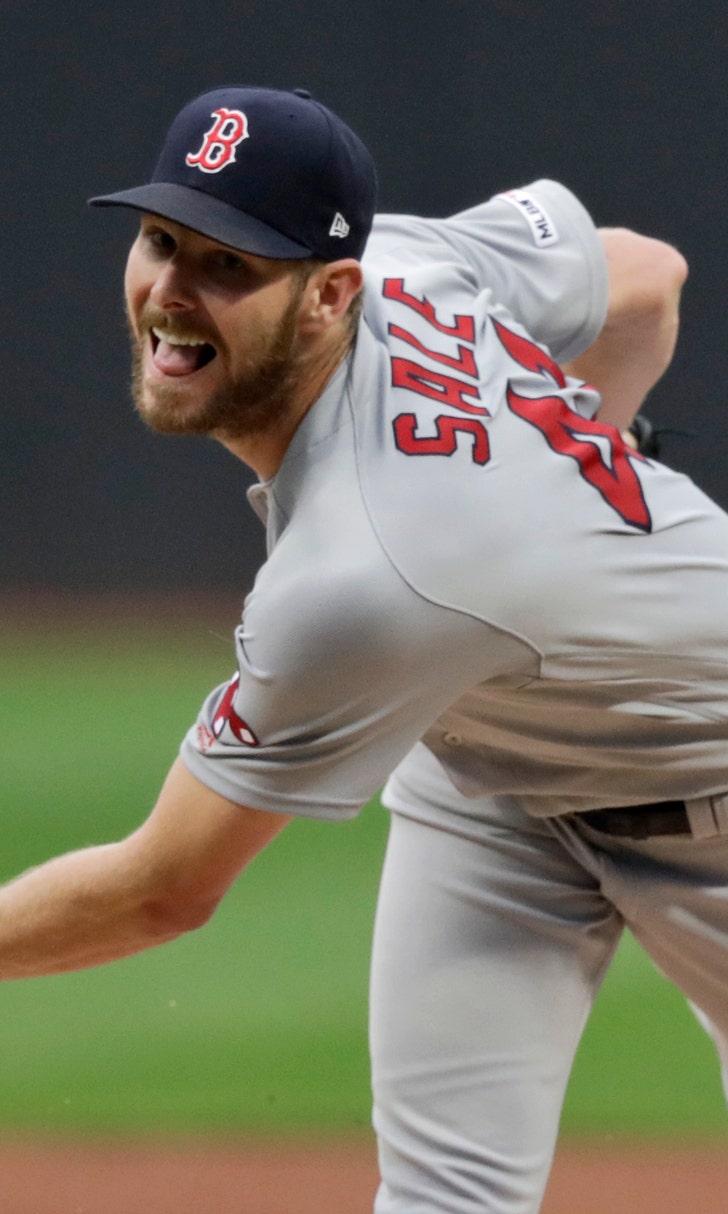 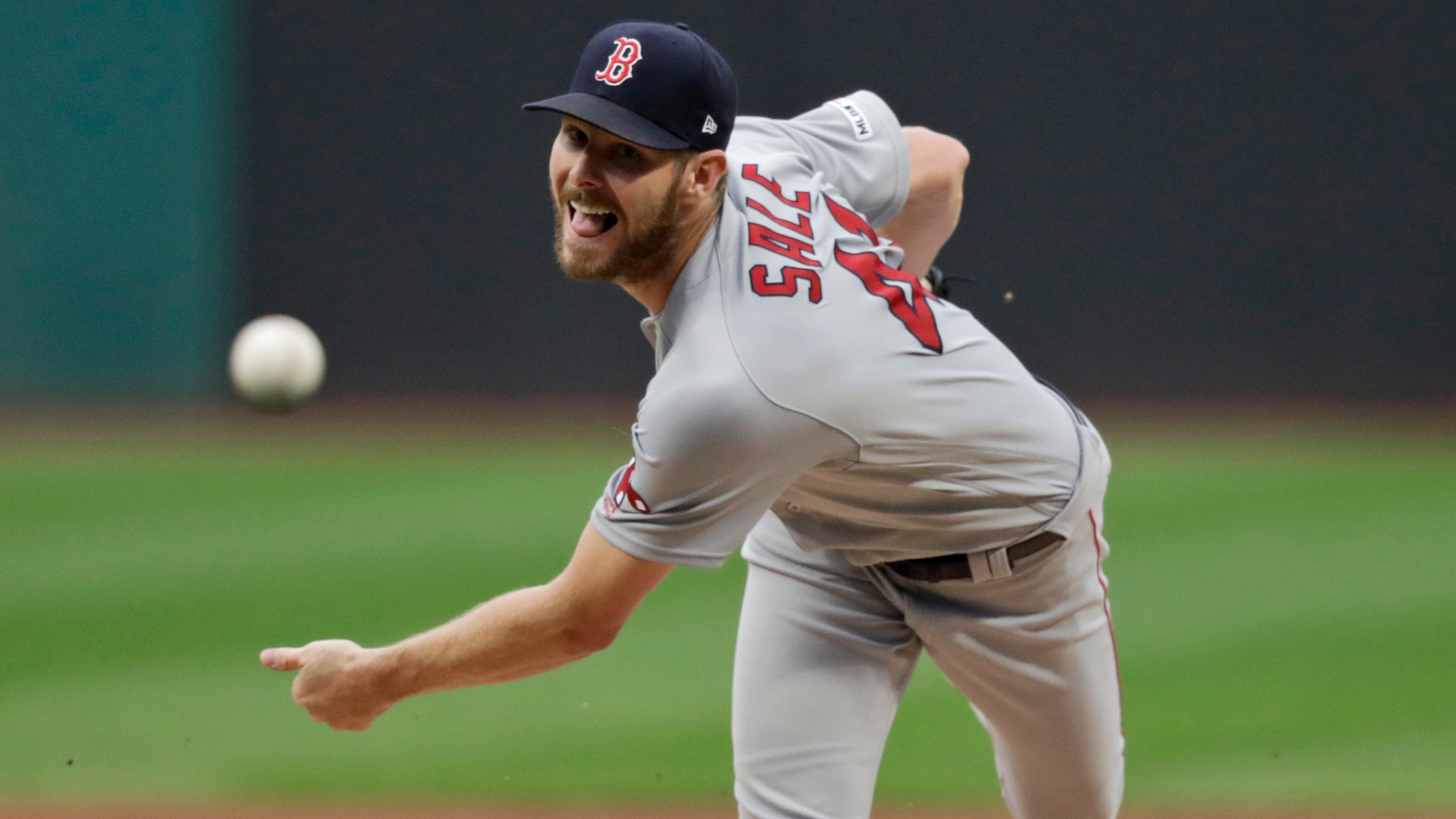 BOSTON (AP) — Red Sox ace left-hander Chris Sale was placed on the 10-day injured list Saturday with left elbow inflammation, raising questions about whether he will pitch again this season.

"There's going to be further evaluations," Dombrowski said before Boston faced the Baltimore Orioles. "We're in a situation where I don't know where it's really going to take us at this point."

Asked if Sale would return to the mound this year, Dombrowski said: "I don't know one way or another at this point."

Dombrowski also said Sale felt stiffness after his start Tuesday in Cleveland and didn't tell the team until Friday, so he was sent for the test. In addition to the team's doctors, Dombrowski said Sale will also have the results looked at by orthopedist Dr. James Andrews, but probably not until Monday. Dombrowski wasn't certain if Sale would visit Andrews.

"You always want to have second opinions. We're all on the same page," Dombrowski said. "I don't know if he's going to see him or he's going to look at the information."

Before the season started, Sale signed a $160 million, six-year contract that includes $50 million in deferred money that is not due to be paid until 15 years after it is earned.

"I'm concerned about it, contract or no contract, whenever a pitcher has an elbow," Dombrowski said.

The Red Sox said Sale was not available for comment.

"I think he's upset that he's going on the injured list," Dombrowski said.

Struggling through a mediocre season, Sale is 6-11 with a 4.40 ERA, but he was coming off two solid starts in which he combined for 25 strikeouts — including the 2,000th of his career — and allowed only three runs in 14 2/3 innings.

Sale was the fastest to reach 2,000 Ks in major league history.

"There's no question this happened Tuesday," Dombrowski said. "You read the MRI and can tell where the inflammation is. They can identify it. This is not something that has been bothering him all season."

Last season, Sale dealt with shoulder soreness after the All-Star break, limiting him to 29 innings.

He was limited in the postseason, but closed out the World Series, striking out then-Los Angeles Dodgers infielder Manny Machado to clinch Boston's fourth title in 15 seasons.

To fill Sale's spot on the roster, the club recalled right-hander Ryan Brasier from Triple-A Pawtucket.