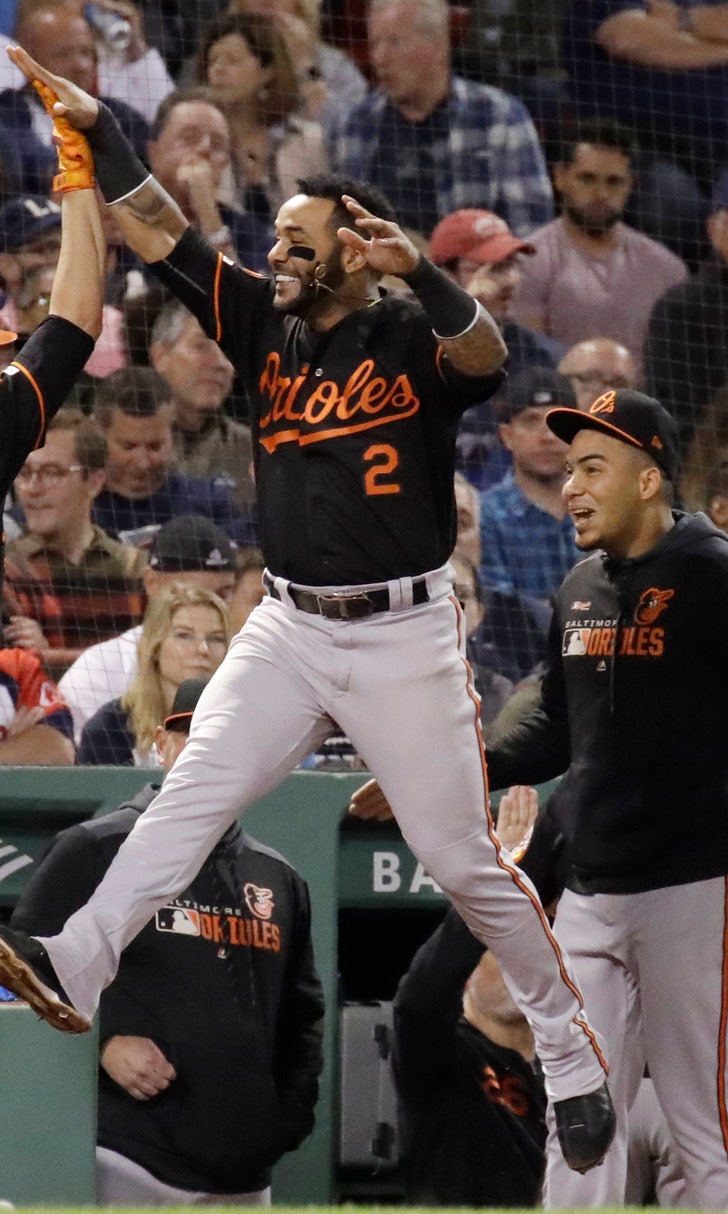 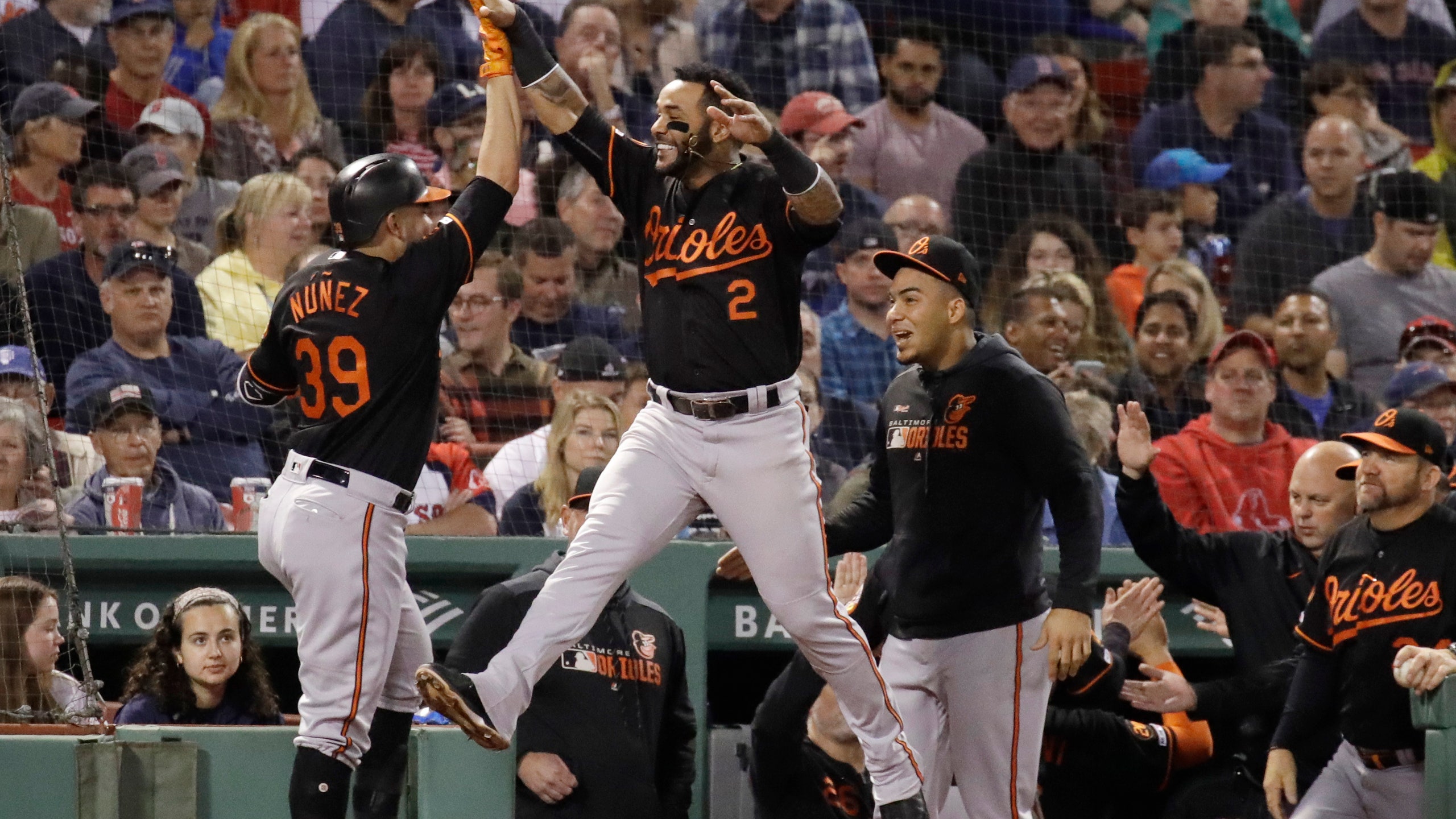 BOSTON (AP) — Renato Núñez was starting to wonder if his breakout season would include 30 home runs.

Baltimore's promising young slugger spent nearly three weeks at 29 homers before belting No. 30 on Friday night, a three-run shot that helped lead the Orioles to a 4-1 win over the Boston Red Sox.

"I think Noonie's really been pressing trying to get that 30th and I told him he's going to sleep a lot better tonight," manager Brandon Hyde said. "It's a great accomplishment in his first really full year in the majors. Twenty-five years old and hitting 30 is impressive and he hit a big one for us tonight."

Núñez, homerless since Sept. 8, gave the Orioles a 3-0 lead with a line-drive out to left in the third.

"What can I say? It was always in the back of my mind," Núñez said. "I helped my team win. That's what I want."

Núñez added an RBI single in the ninth, driving in all of Baltimore's runs as the Orioles took the opener of the season-ending three-game series for both clubs.

Asher Wojciechowski (4-8) struck out six over six shutout innings for the Orioles, who won for just the 53rd time this season.

"We've been kind of waiting for this type of game. They don't happen very often, where it's smooth," Hyde said.

Boston will finish with a winning record overall but losing record at home for just the second time in franchise history.

Núñez's three-run shot to left in the third off of Nathan Eovaldi (2-1) was just about all the scoring the Orioles needed.

Eovaldi allowed only three hits, but walked four and the Red Sox never recovered after falling behind on the homer by Núñez on an 0-2 pitch.

"I feel like I threw the ball well tonight," Eovaldi said. "It was just the walks that got me. And also having Nunez right there, 0-2, and then I left it down the middle and he was able to hit it out. That was the difference really."

Xander Bogaerts broke up the shutout with a single up the middle, scoring Rafael Devers, who led off the ninth with a double off Richard Bleier. Although Bleier couldn't preserve the shutout, he picked off Bogaerts for the first out and Boston didn't get another runner on base.

The Red Sox were just 1 for 13 with runners in scoring position.

Wojciechowski allowed four hits and walked one. He pitched out of a jam in the third after Mookie Betts led off with a single. The Orioles saved a run with another strong defensive play in the fourth.

Jackie Bradley Jr. hit a drive that bounced off the top of the short wall in right after Sam Travis was hit by a pitch. The ball bounced back into play and DJ Stewart got it to first baseman Trey Mancini on one hop, then Mancini fired it home to catcher Chance Sisco in plenty of time to get Travis, who attempted to make it all the way around from first.

"We played some great defense," Wojciechowski said. "I had a couple lineouts and some balls kind of fell my way today, but I was happy with the way I competed."

Red Sox owners John Henry and Tom Werner addressed the club's future in a pregame news conference, pledging to slash payroll and get under the luxury tax next season.

Henry said the club fired Dave Dombrowski, president of baseball operations, on Sept. 8 because of differing opinions on how to build for the future. Regardless of who is hired to replace Dombrowski, Henry and Werner said Alex Cora will return for a third season as manager.

Red Sox: LF Andrew Benintendi was out of the lineup after leaving Thursday's game at Texas in the fourth inning when he fouled a pitch off his right calf. . RF Mookie Betts returned as Boston's designated hitter after missing two games with a jammed toe. Gorkys Hernández started in right field for Betts.