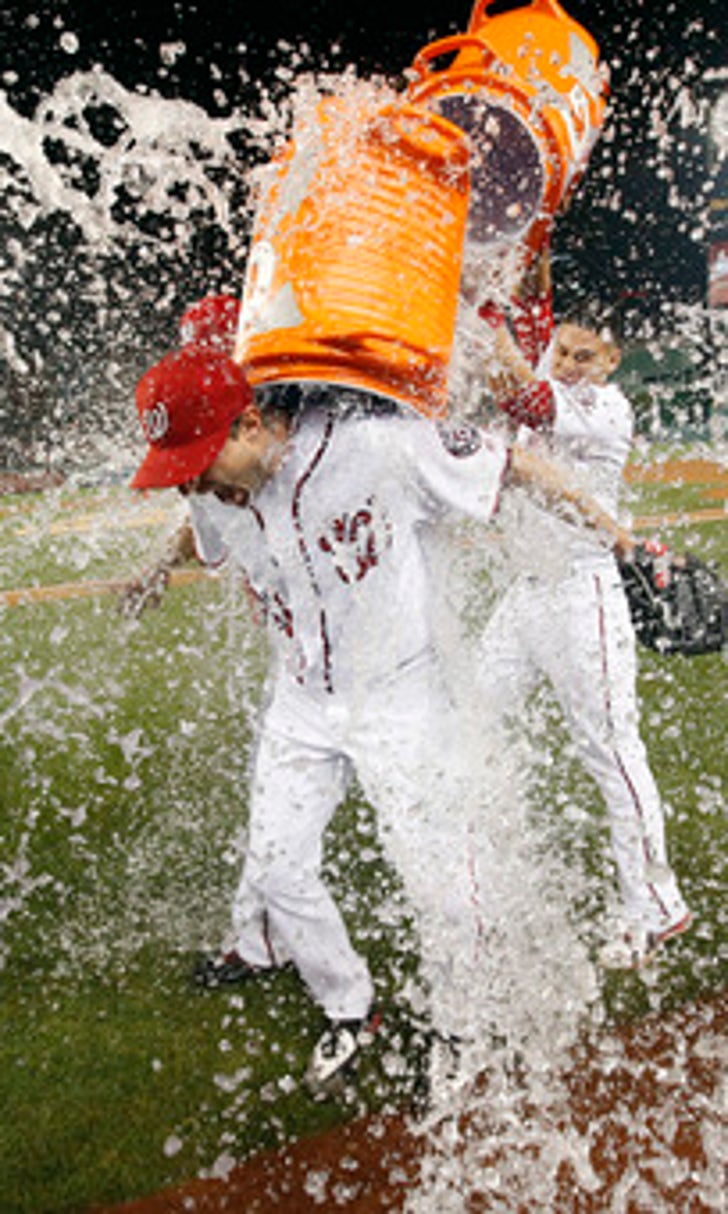 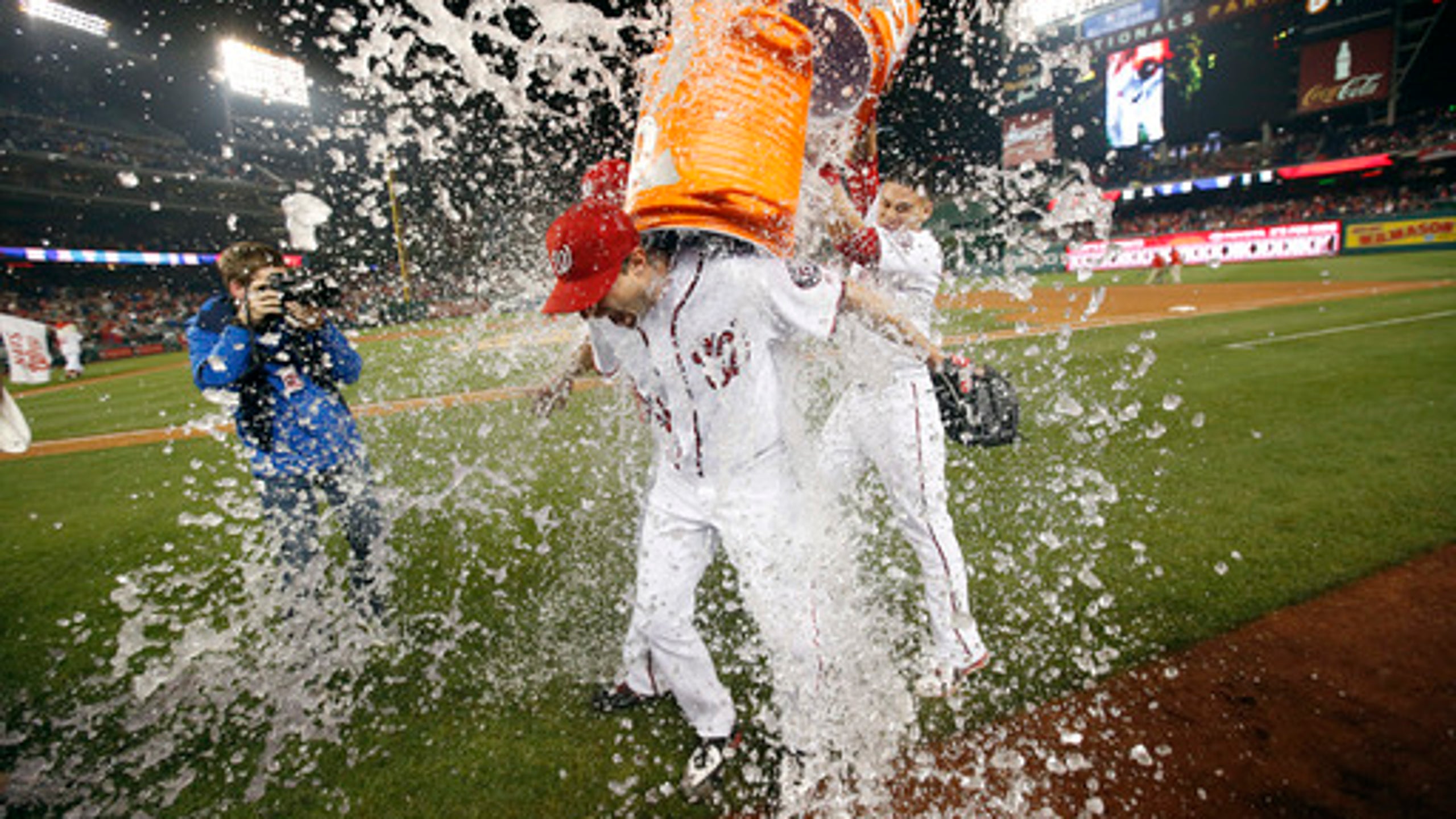 Not all postgame celebrations go as smoothly as Big Papi's 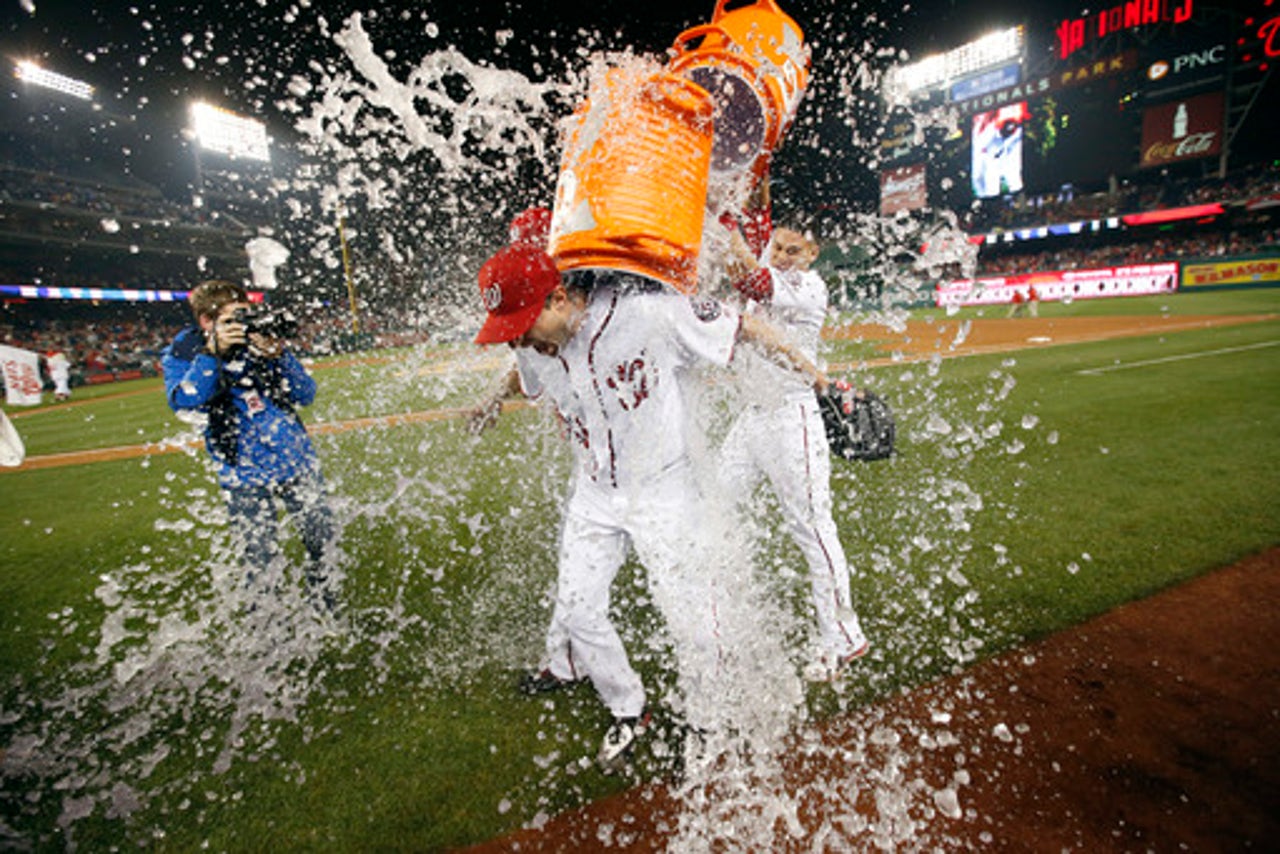 David Ortiz got off easy.

After lining a winning double with two outs in the bottom of the 11th inning to give the Boston Red Sox a victory over the Houston Astros on Saturday, Ortiz was blasted with a white powdery spray by his teammates at second base.

Big Papi later walked off the field holding second base over his head, a big smile on his face and no worse for the wear.

Hanley Ramirez was on deck when Ortiz delivered the big hit and rushed out to celebrate.

Probably a good thing in retrospect.

While celebrations usually don't involve much more than a dousing from a bucket of icy liquid, a dose of baby powder or perhaps a few hugs, high fives, a bouncing scrum , pile-ons - and maybe the occasional chocolate shower - too many postgame celebrations have gone awry over the years.

According to the National Institutes of Health, between 1993 and 2015, 62 athletes were injured during joyous postgame melees, and 16 of those injuries required surgery.

Professional soccer players led the way with 22, and one was fatal. An Indian soccer player died in 2014 after breaking his neck while attempting to do a back flip - a la Carl Edwards in NASCAR - after scoring a goal.

Other celebrations that went wildly wrong:

MORALES' MOMENT: After the Los Angeles Angels' Kendry Morales beat the Seattle Mariners with a grand slam in the bottom of the ninth in 2010, he took a big leap onto home plate and broke his leg. The bouncing scrum at home was subsequently banned by manager Mike Scioscia.

DEMPSTER'S DOWNFALL: Chicago Cubs pitcher Ryan Dempster broke his big right toe in 2009 when his foot got caught in the dugout railing while he was trying to run out with his teammates to celebrate a win over the Brewers.

HOCKING'S HURT: In 2001, Denny Hocking of the Minnesota Twins broke his nose, compliments of his overzealous teammates, who kept smacking the bill of his helmet - and a few accidental face shots - after his first walk-off home run.

PEAVY PUMMELED: After the San Diego Padres clinched their division in 2005, pitcher Jake Peavy broke a rib while getting a big hug from his teammates. The injury wasn't discovered until weeks later when Peavy had an MRI following his forgettable postseason (eight hits and eight earned runs in 4 1/3 innings).

FREROTTE'S FAUX PAX: Washington Redskins quarterback Gus Frerotte decided to head-butt the padded wall behind the end zone after scoring on a short run against the Giants in 1997. Stunned but unbowed, he was checked by the team trainers and continued to play before leaving later in the game. He was then transported to a hospital with a sprained neck.

GRAMATICA'S GAFFE: Arizona Cardinal Bill Gramatica ended his rookie season in 2001 with an ACL tear. He was hurt jumping up and down after making a 42-yard field goal against the Giants.