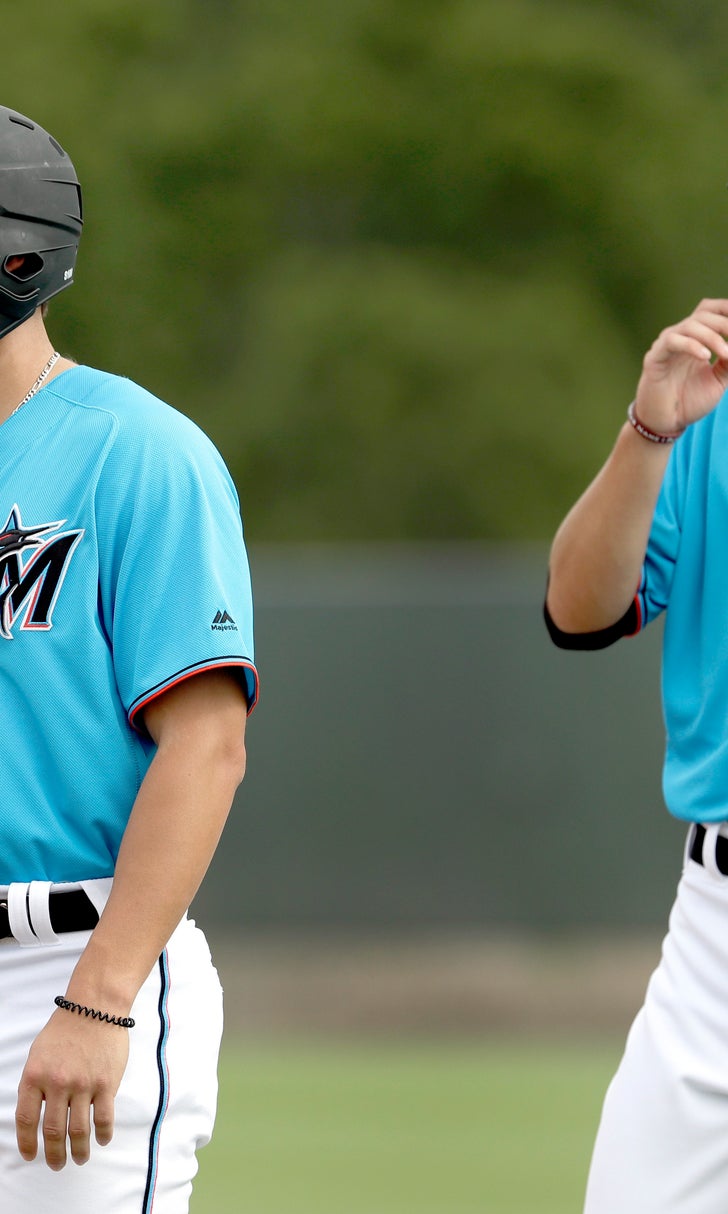 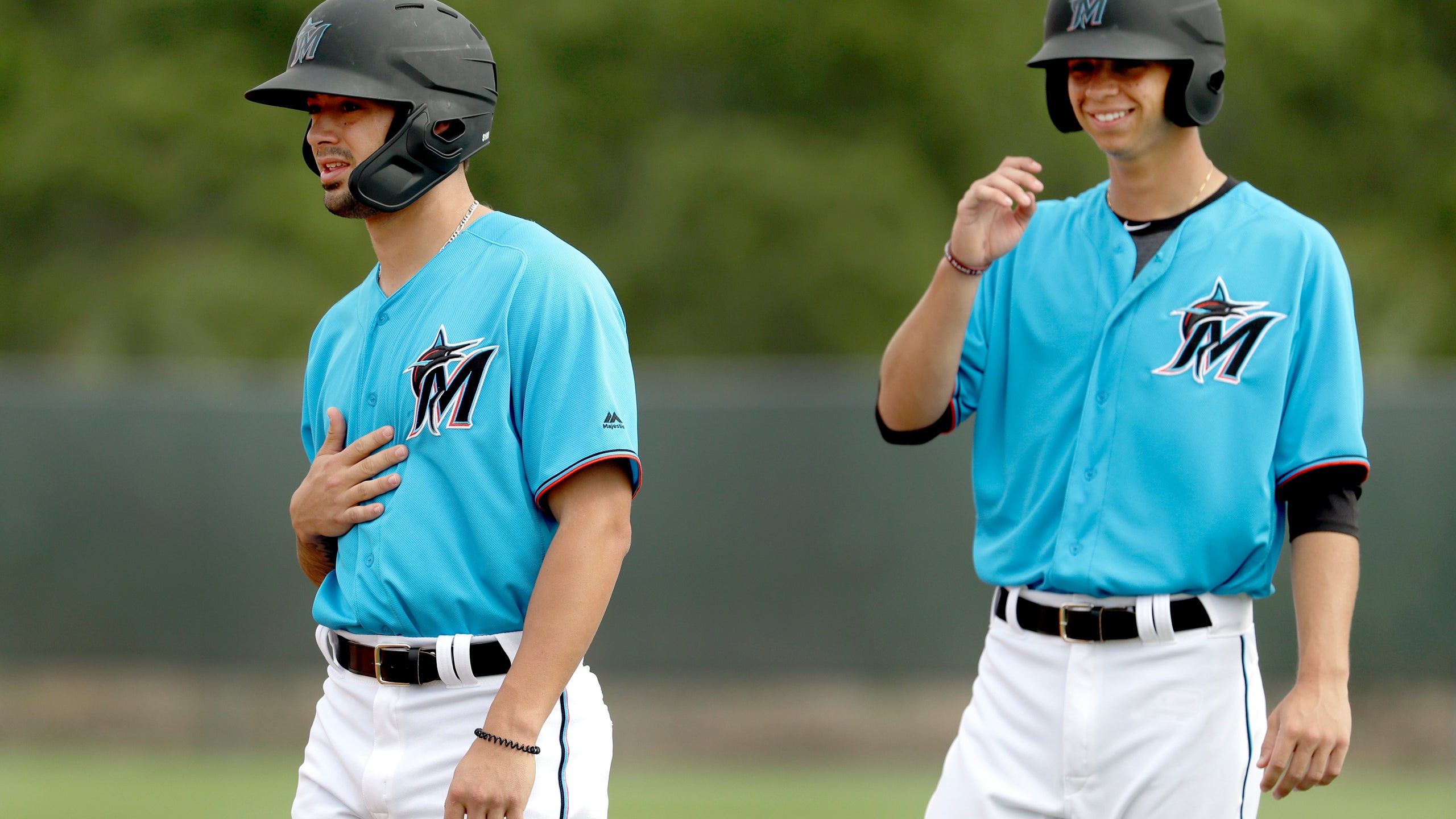 JUPITER, Fla. (AP) — New Miami Marlins catcher Jorge Alfaro showed up for the team's first full-squad spring training workout wearing a T-shirt that read, "I talk (trash) about you in Spanish," with a word more pungent and less publishable than "trash."

The Marlins' English speakers are onto him.

At the behest of CEO Derek Jeter, the Marlins last year began Spanish language classes for coaches, and the program has since been expanded throughout the organization, from media relations to analytics to the front office. Now minor league players who speak English are being taught Spanish, while Spanish-speakers learn English — part of a trend in Major League Baseball toward more bilingual teams.

The Jeter regime's education program for minor league players extends beyond language. They're taught life skills and cultural awareness — an asset for youngsters hoping to break into the big leagues in one of the nation's most diverse cities.

The Marlins are not alone. About half of the 30 teams in the big leagues have begun offering Spanish lessons to English-speaking players in the past few years, says Major League Baseball vice president Paul Mifsud, who works with player programs.

"The public focus on what the Marlins are doing has helped to improve both the quality of these kinds of initiatives, and the expediency with which teams are adopting this," Mifsud says. "The Marlins' industry leadership on this is extremely helpful. We'd like all 30 teams doing their best to get players the level of education they want on these issues, and I think we're heading that direction."

Alfaro's T-shirt was worn in jest — he's bilingual, excited about his move to Miami and already a clubhouse leader. But potential cultural divides exist on any team, and the Marlins' education program offers a bridge.

"We're learning about each other," says Gary Denbo, vice president of scouting and player development. "We address cultural awareness: Why do Latin players listen to their music so loud? Why do American players take it so hard when they go 0 for 4 with the expectations placed on them by their families? Why do some guys talk so loud on the bus?

"The work our education department is doing affects everything in our players' lives. We cover cooking, shopping, nutrition and how to pay your bills and manage your money."

At the start of spring training, the Marlins held a cooking competition for a group of top minor leaguers. The winning team of outfielder Connor Scott, shortstop Osiris Johnson and pitcher Jorge Guzman celebrated with whoops and high-fives — exactly the kind of scene Marlins officials hope to see more of.

The trio were white, black and Latin, and their chicken and broccoli stir fry reportedly was delicious.

"You've got three guys from totally different worlds," Denbo says. "And when they were announced as the winners, it was like they had won the World Series."

Scott, the Marlins' first-round draft pick last year, says he appreciates the chance to learn about and communicate with another culture.

"The better you know your teammates, the more you trust them," Scott says. "I think that's the biggest they're preaching here — trust. If you don't trust the guy next to you, how will you trust him to get the runner over, or trust that he's not going to run into you in the outfield?"

Scott says he took no Spanish in high school, but thanks to the Marlins he can now converse in the language. Catcher Will Banfield, a second-round draft pick last year, says he has made progress speaking Spanish when meeting with Latin pitchers, although it's not always as difficult as it might seem.

Still, as he anticipates an eventual promotion to Miami, Banfield says learning Spanish will help him, off the field as well as on the mound.

The Marlins have hired six full-time teachers, plus part-time instructors. Every minor league affiliate will have a teacher this season, and when a team is at home, every player will receive Spanish, English or life skills lessons, according to Denbo.

"You're going to jump in an Uber, and that guy is going to speak Spanish," Rojas says. "So these American guys will be prepared with what they're going to face in Miami."