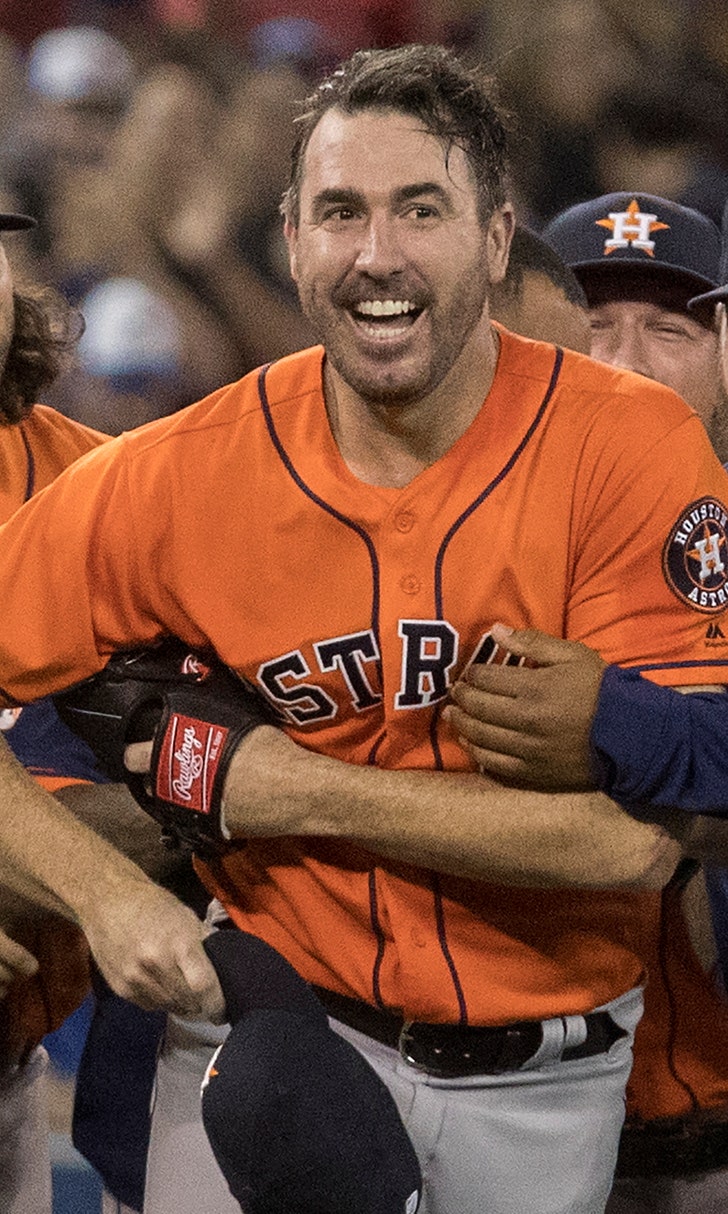 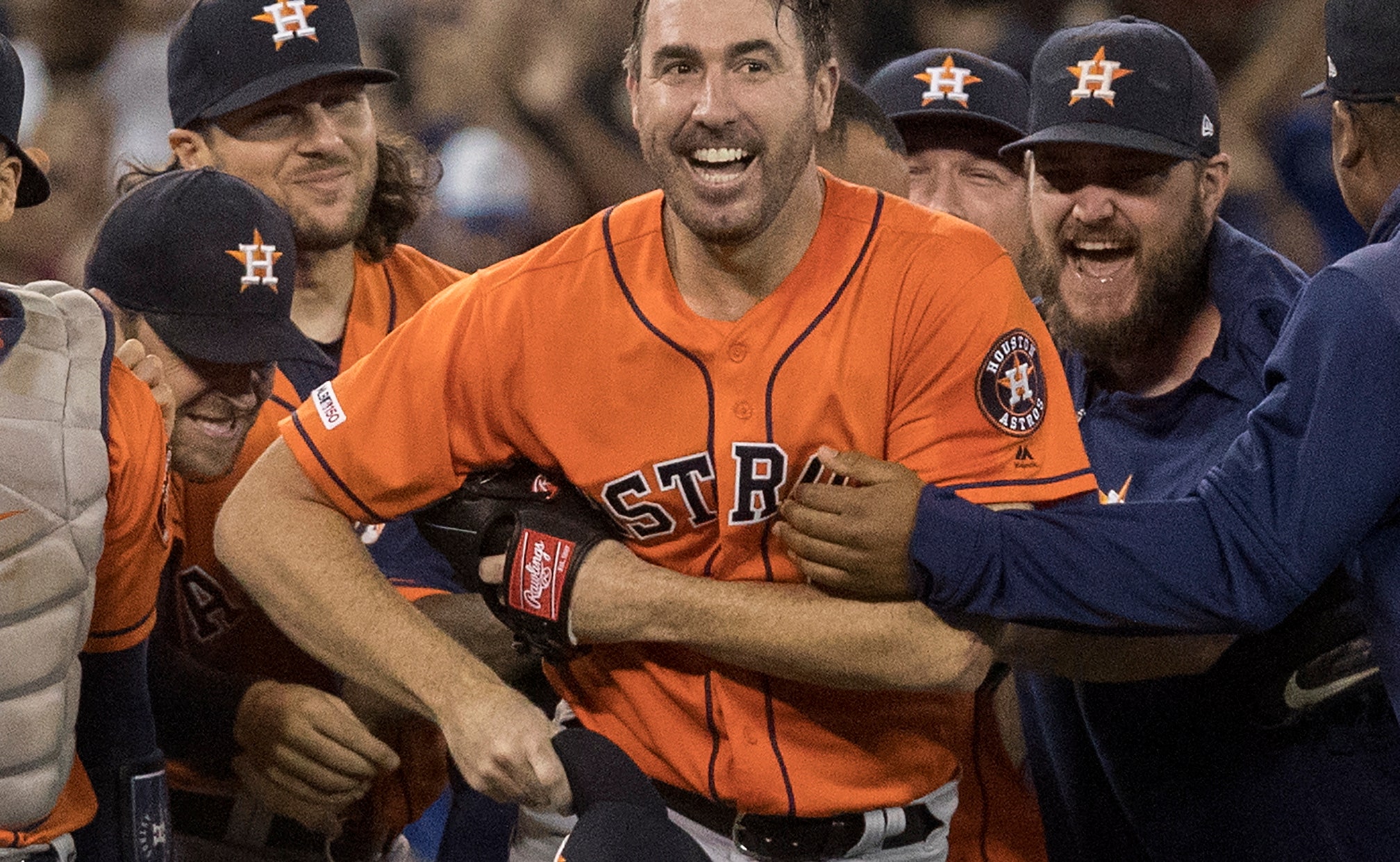 LEADING OFF: Verlander returns to mound after no-hitter

Houston Astros ace Justin Verlander takes the mound for the first time since throwing his third career no-hitter Sunday at Toronto. Verlander struck out 14 and walked one in the 2-0 victory over the Blue Jays. He is 7-1 with a 1.76 ERA in his last 10 starts, strengthening his case for a second AL Cy Young Award. He faces visiting Seattle on Saturday night. Yusei Kikuchi pitches for the last-place Mariners.

Chicago Cubs shortstop Javier Báez is scheduled for an MRI on Saturday on his jammed left thumb. The All-Star slugger got hurt during Sunday's 4-0 loss to the Brewers. He was in the starting lineup for Friday night's game at Milwaukee, but was scratched after he continued to feel discomfort. Báez is batting .281 with 29 homers and 85 RBIs. With Báez out, Addison Russell has been playing shortstop for Chicago.

Cleveland continues its weekend series at Minnesota, and Washington visits Atlanta in another big matchup in the NL playoff race.

The Indians are fighting for positioning in the wild card standings and trying to run down the AL Central-leading Twins in the final weeks of the season. Rookie right-hander Aaron Civale pitches for Cleveland, and All-Star righty Jake Odorizzi gets the ball for Minnesota. Odorizzi is 2-0 with a 1.06 ERA in three starts against the Indians this year.

The Nationals are on top of the NL wild card standings, but they are looking up at the Braves in the AL East. Washington right-hander Austin Voth faces veteran right-hander Julio Teheran, who is 2-0 with a tidy 0.95 ERA in his last three outings.

New York Yankees outfielder Giancarlo Stanton is expected to participate in another simulated game at the team's complex in Tampa, Florida. He had five plate appearances and worked out in right field on Friday. The 2017 NL MVP has been hampered by injuries all year long, playing in just nine games with New York. This time, he is coming back from a sprained right knee that he hurt on an awkward headfirst slide into third base June 25 against Toronto.