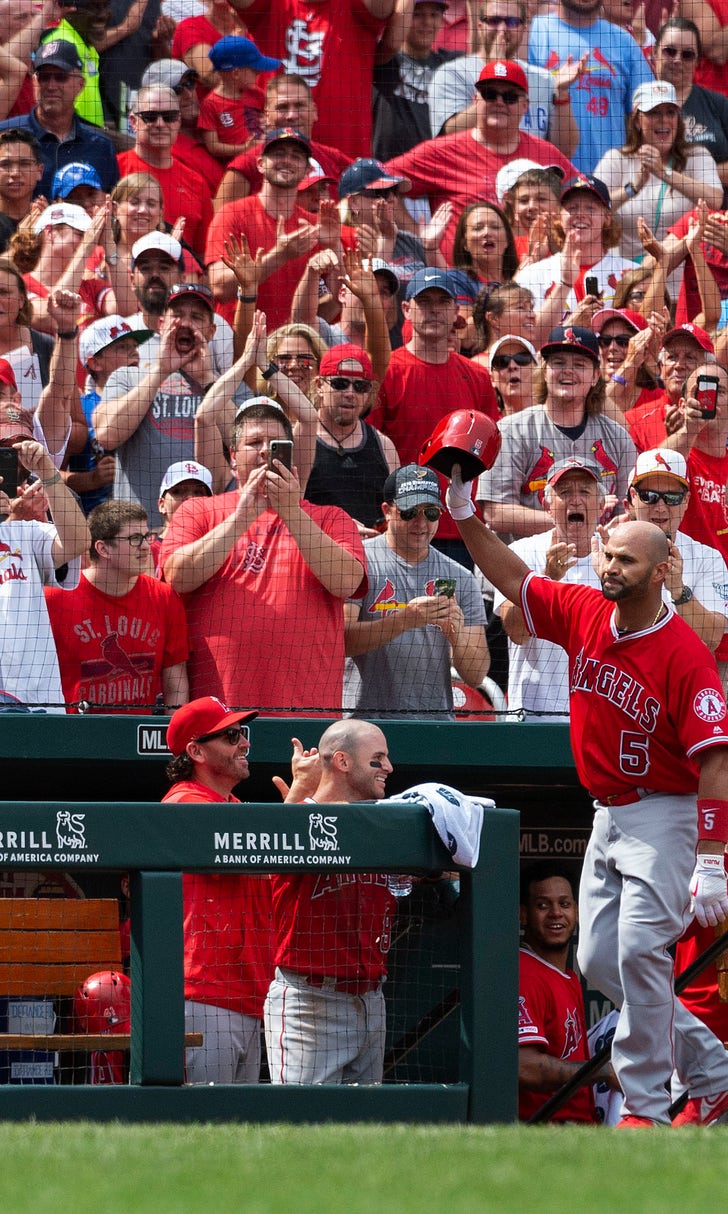 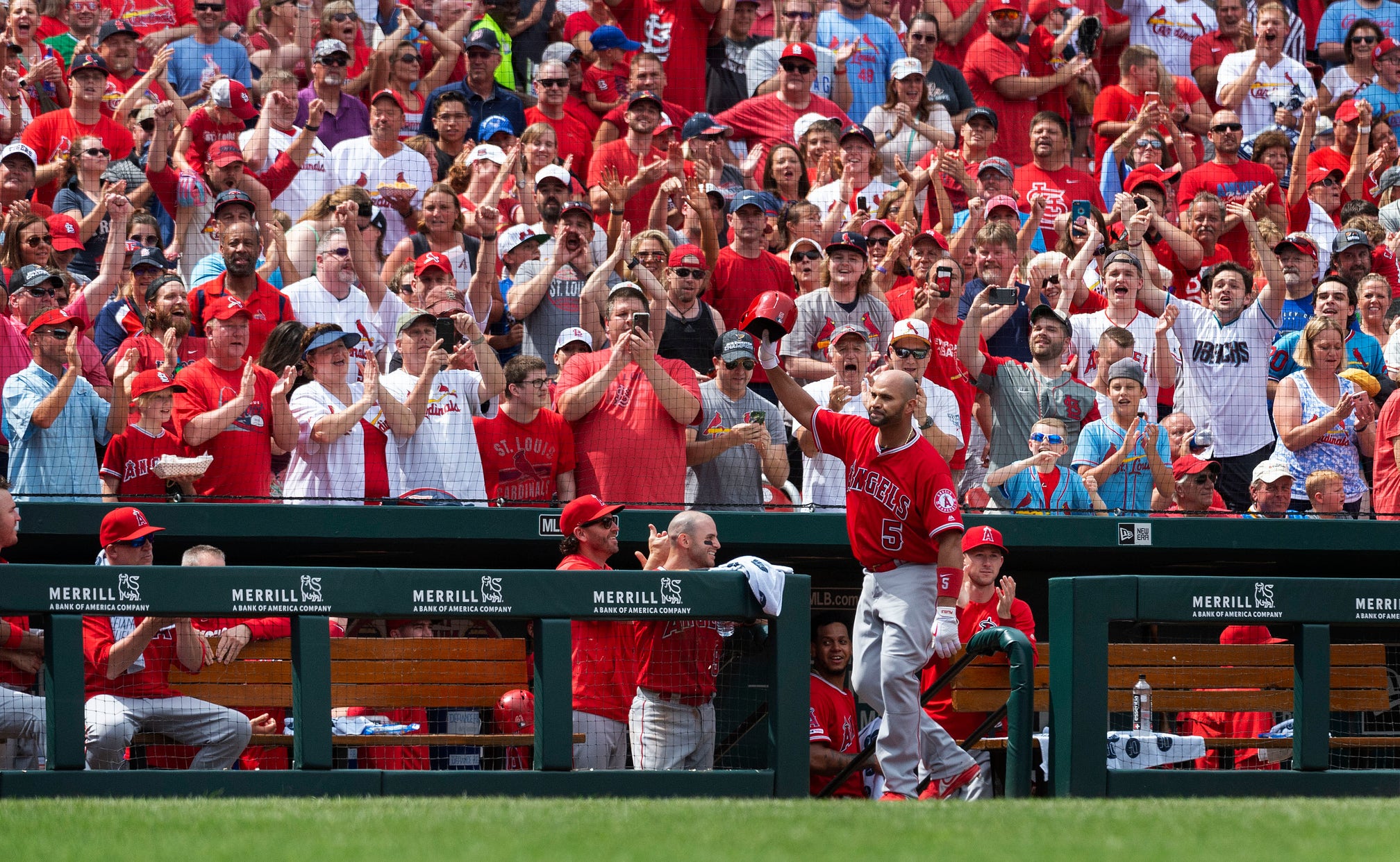 Albert Pujols wraps up his reunion at Busch Stadium, where the adoring St. Louis fans get another chance to cheer him in the Sunday night special.

Pujols has been showered with standing ovations this weekend during the Angels' visit — his first time back since signing with Los Angeles after the 2011 season. He took a curtain call after hitting a home run Saturday, a salute for the three NL MVP awards and two World Series championships he won with the Cardinals.

Gleyber Torres and New York have won eight in a row and are going for a four-game sweep in the matchup of AL division leaders. Houston has dropped seven straight — the last time it had a longer skid was a 15-game rut in 2013.

Gio Urshela and Austin Romine homered Saturday, giving the Yankees a home run in 25 straight games. That tied Joe DiMaggio and the 1941 Yankees for most in franchise history. The 2002 Texas Rangers hold the major league mark at 27.

Among the players making their Old-Timers' debut in the Bronx is reliever Mariano Rivera, who will inducted into the Hall of Fame next month.

Miami rookie Jordan Yamamoto has shut down the Cardinals a couple times, and now tries to tame the scuffling Phillies. Acquired by the Marlins last year in the Christian Yelich trade, Yamamoto brings a career-opening 14-inning scoreless streak into Citizens Bank Park.

Yamamoto pitched seven innings of three-hit ball in his major league debut, on June 12 against St. Louis. He faced the Cardinals again six days later and was even better, allowing two hits in seven innings. Philadelphia has lost six straight, scoring 1.8 runs per game during the skid, and slugger Bryce Harper has batted leadoff the last three games as manager Gabe Kapler searches for a spark.

Cincinnati's Derek Dietrich has already been hit by a pitch six times in the series at Milwaukee — that's the most by any player in any series since 1900.

The four-game set finishes with Brandon Woodruff (8-2, 4.02 ERA) starting for the Brewers. He's plunked four batters in 15 starts this year.

When Dietrich was with the Marlins from 2013-18, he was hit a franchise-record 93 times.

Pete Alonso has hit 26 home runs for the Mets, setting the NL record for most by a rookie before the All-Star break. The big league mark is 33 by Mark McGwire with the A's in 1987.

Alonso connected Saturday in a 10-2 romp at Wrigley Field. That homer matched the Mets' mark for homers by a rookie for an entire season — Darryl Strawberry hit 26 in 1983.