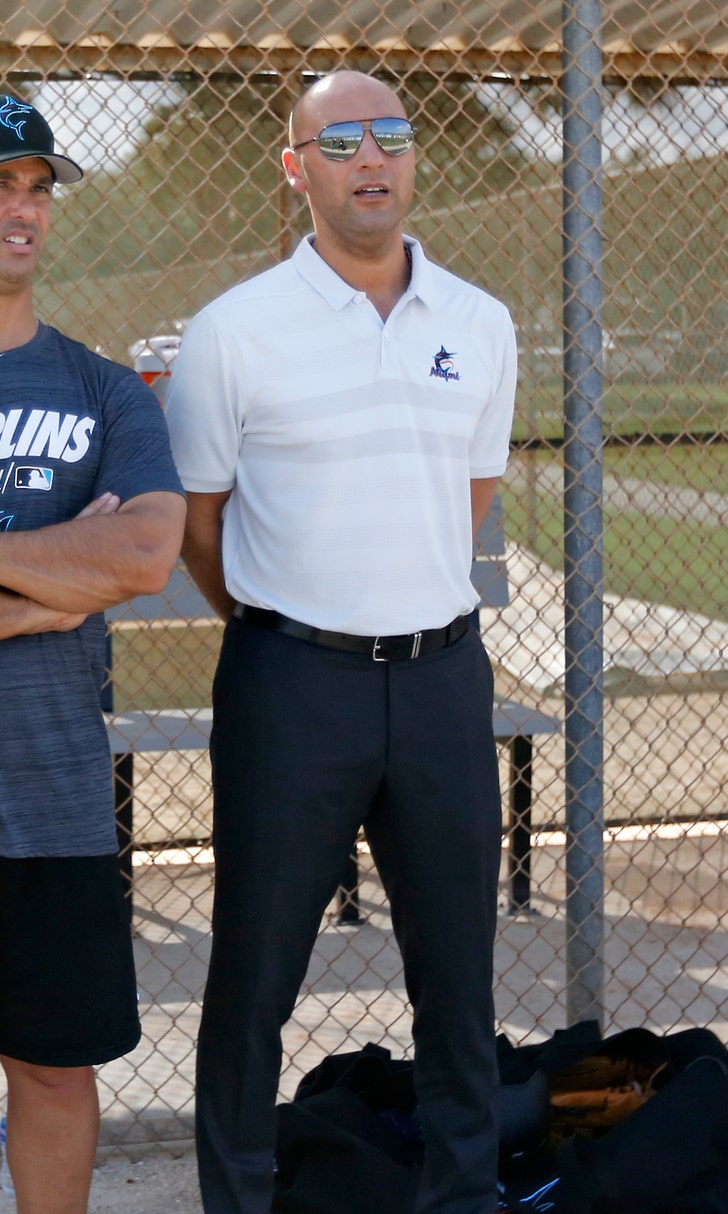 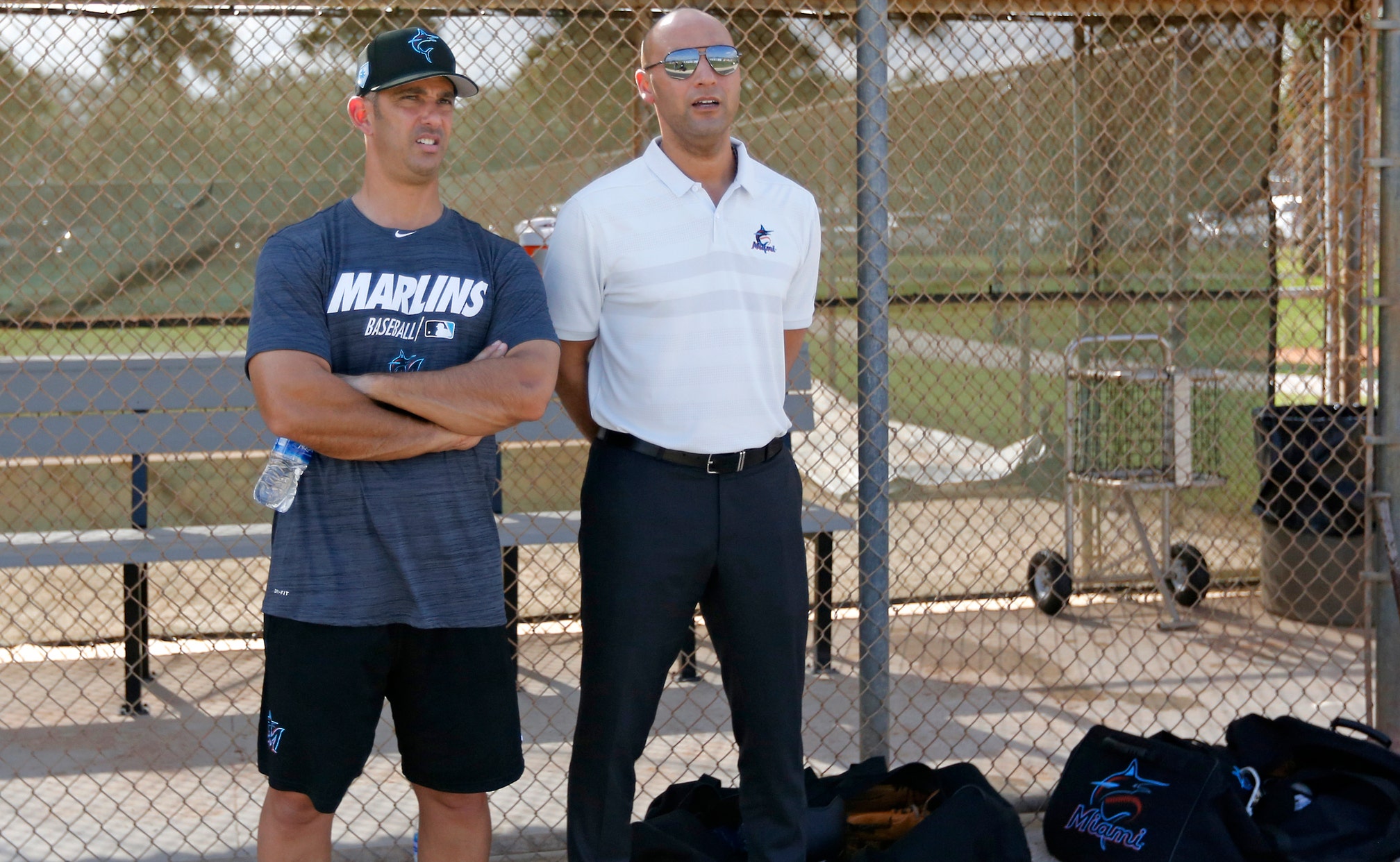 But Posada switched allegiances to return to the majors, and he's at spring training as a special adviser to his close friend and former teammate, Marlins CEO Derek Jeter.

"Perfect timing," Posada said Monday. "Derek approached me sometime in January and said, 'Do you want to get back in the game?' I said, 'Yeah!'"

Posada retired following the 2011 season, his 17th as a Yankees catcher. He spent the next few years focusing on family while living in Miami, and now that his son is in college and his daughter is in high school, he decided to help the home team.

His job is loosely defined, which for Posada was part of the appeal.

"He took some time off in retirement, and felt as though he wanted to get back into the game," Jeter said. "This was a way for him to do it at his own pace.

"He's going to add a lot of value. I'm coming from an organization that valued ex-players. We want to bring that same vibe to this organization."

Posada, 47, gave catchers a tutorial Monday on how to make tags at the plate. He'll be in uniform some and said he wants to work mostly with minor leaguers.

"I'm looking forward to doing everything possible to have the kids move up and get them to the big leagues," he said. "That's the main goal."

"We have a young catcher who's growing, and we think he'll be a tremendous asset for him," president of baseball operations Michael Hill said. "He'll assist our young players in learning what it means to be a champion."

Posada played on four World Series championship teams, and Alfaro said he has childhood memories of watching his new mentor on TV.

When asked how Posada can help him, Alfaro grinned.

"He can help me with everything," Alfaro said, emphasizing the last word. "Pick something. He may get tired of me asking him a lot of things. Every time I see him, I'm going to have a question."

Posada is the latest addition to the Marlins with Yankees ties. Don Mattingly is entering his fourth season as manager, and since Jeter's group bought the Marlins in late 2017, they've added vice president of player development Gary Denbo, director of player personnel Dan Greenlee and director of amateur scouting D.J. Svihlik. All have backgrounds with the tradition-rich Yankees.

The Marlins, by contrast, haven't been to the postseason since 2003, when Posada happened to make the last out against them in the World Series.

He believes the Marlins will win again because of their new boss — Jeter.

"He's a tough one," Posada said. "He demands a lot. He wants this organization to be first-class. The way he played the game tells you a lot — no excuses, and winning is No. 1. He's going to make this a winning organization."