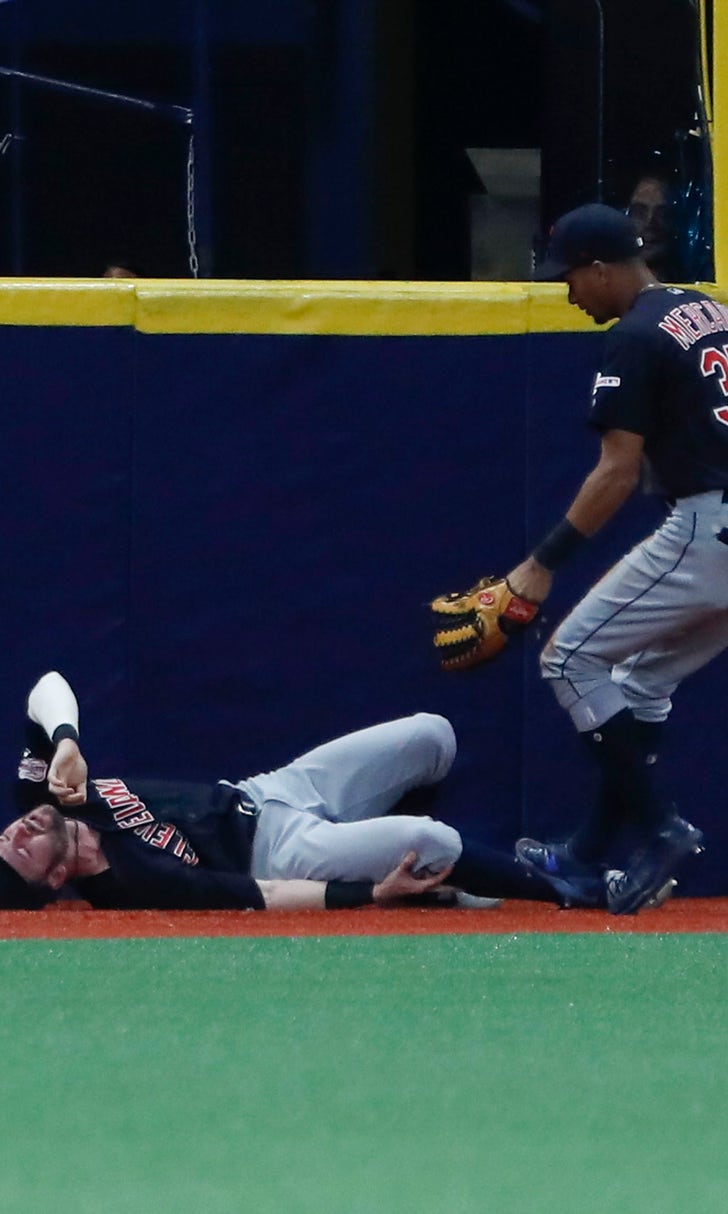 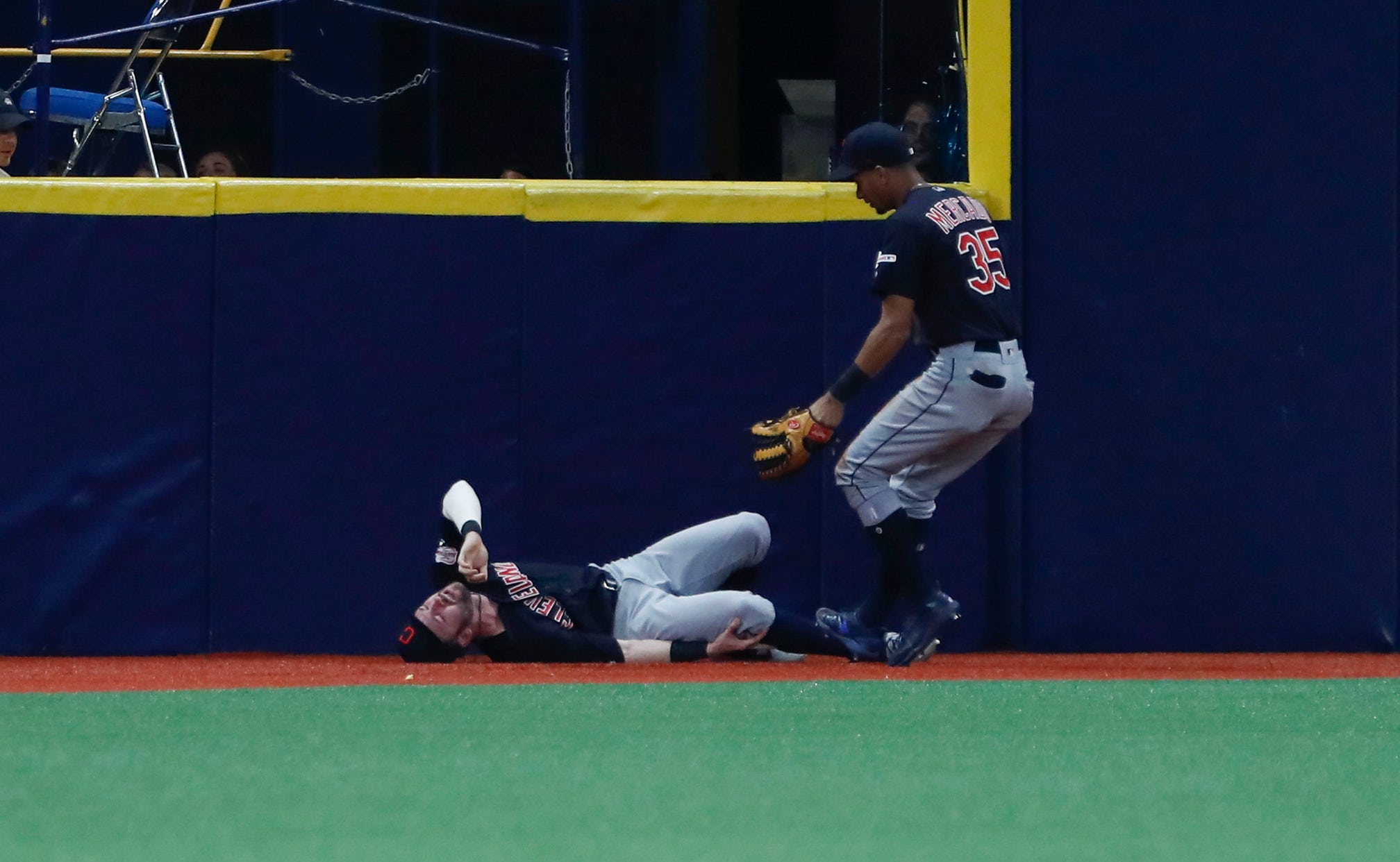 Indians lose OF Naquin with torn ACL in right knee

ST. PETERSBURG, Fla. (AP) — Cleveland Indians left fielder Tyler Naquin has a torn ACL in his right knee, the second major injury the team has suffered in a week as it makes a push for the playoffs.

Naquin was carted off the field after crashing into the wall while taking away a potential two-run, fifth-inning homer in a scoreless game from Joey Wendle in Friday night's game that ended in a 4-0 loss to Tampa Bay. The 28-year-old Naquin was unable to put any weight on his leg, and he won't play again this season.

"I woke up middle of the night and I felt bad for Naq," Cleveland manager Terry Francona said. "The kid literally tried to run through the wall to save the game, and that's how he's played for us. It felt like (I) got kicked in the stomach."

Francona said Naquin will return home with the team after Sunday's finale of a three-game series with the Rays and be re-examined by team doctors.

Naquin ranks second in the AL with 11 assists. He is batting .288 with 10 home runs in 89 games this season. He missed 22 games with a strained calf and underwent hip surgery last year.

Naquin was placed on the 10-day injured list Saturday. Greg Allen replaced him in Saturday night's game between the playoff contenders.

The Indians lost third baseman José Ramírez when he broke his hand last weekend. He had surgery Monday. The team estimates Ramírez could be back as early as Oct. 1, when the AL playoffs open.

The Indians started the day trailing first-place Minnesota by 4½ games in the AL Central. Cleveland was looking Saturday night to increase its advantage for the first AL wild card to 1 1/2 games over Oakland, which lost 4-3 in 11 innings to the AL East-leading New York Yankees on Saturday.

First baseman/outfielder Jake Bauers was recalled from Triple-A Columbus. Bauers was obtained from Tampa Bay as part of a three-team trade last December.

"It's a weird feeling driving by the townhouse where I lived, same breakfast spots," Bauers said. "It's a great opportunity over here. I'm still trying to establish myself a little bit in the clubhouse and on the field."