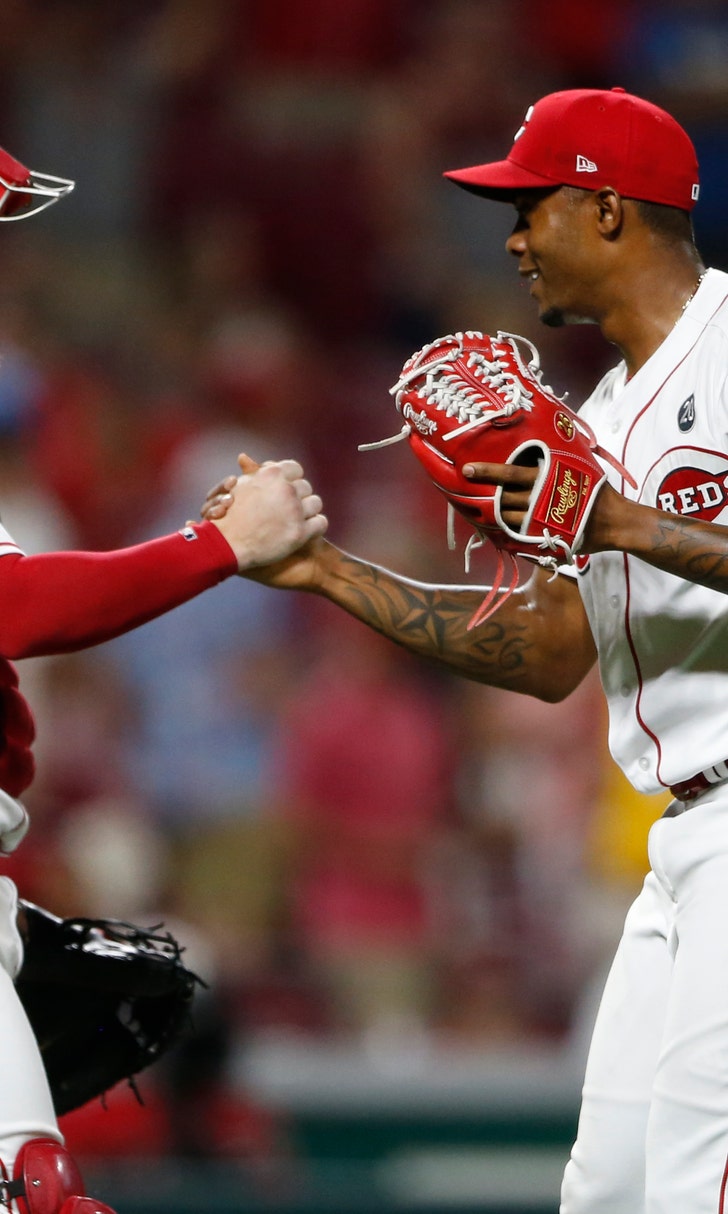 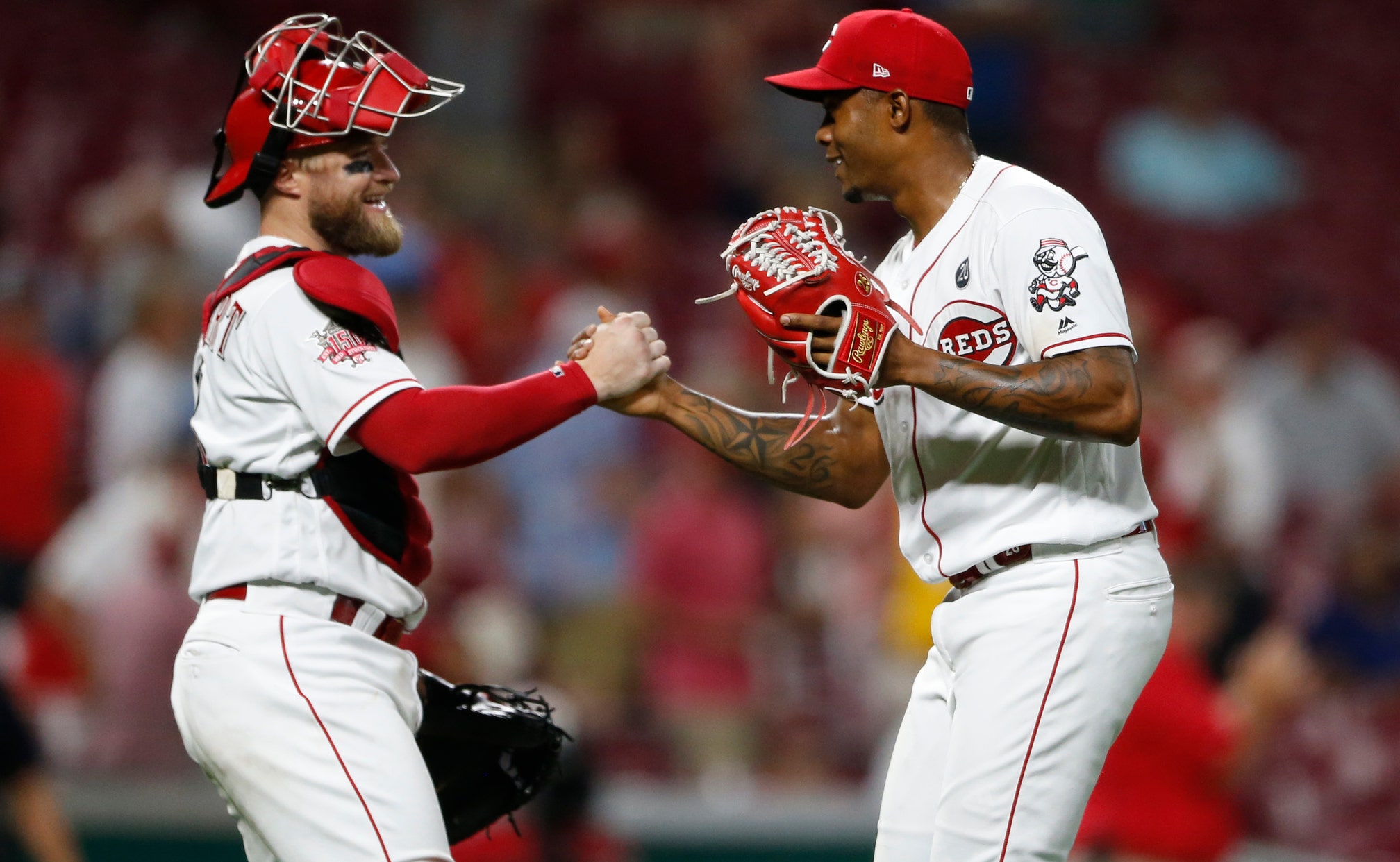 CINCINNATI (AP) — Sonny Gray was terrific for Cincinnati once again.

Especially at a key moment in the third inning.

Gray struck out 10 while pitching five scoreless innings, and the Reds held off the St. Louis Cardinals for a 2-1 victory Thursday night.

St. Louis had won five in a row to move into a virtual tie with Chicago for the NL Central lead. The Cubs had a chance to move in front again, but they lost 7-5 at Philadelphia on Bryce Harper's game-ending grand slam.

The Cardinals wasted a prime scoring opportunity in the third when Paul Goldschmidt struck out looking with the bases loaded and two out. Gray, Robert Stephenson, Michael Lorenzen and Raisel Iglesias combined for a two-hitter.

"It was a big spot there," Gray said. "I fed him a lot of breaking stuff. I took a chance with a heater. It was a two-seamer that broke back just enough to catch the corner."

Iglesias surrendered Kolten Wong's check-swing RBI double in the ninth before retiring pinch-hitter Matt Wieters on a fly ball to center to finish his 24th save.

Nick Senzel and Eugenio Suárez each drove in a run for Cincinnati, which stopped a four-game slide.

Dexter Fowler had St. Louis' first hit, a two-out single in the fifth. Gray then struck out Matt Carpenter to extend his scoreless streak to a career-high 18 innings.

"Sonny was great, and he left it all out there," Reds manager David Bell said. "He worked hard against good hitters and shut them down. He gave us everything he had. Sonny has good self-awareness. He competed hard in a low-scoring game where every run counts."

Gray (8-6) walked three and hit a batter while throwing 97 pitches. Stephenson pitched the sixth inning and Lorenzen got five outs before Iglesias closed it out. Cincinnati finished with 15 strikeouts.

St. Louis had won Michael Wacha's last 13 starts against Cincinnati, dating to September 2014. He had earned the win in 10 of them, including each of the last seven.

Wacha (6-6) extended St. Louis' streak of consecutive scoreless innings to 22 before the Reds pushed across two runs in a fifth that he described as a "weird little inning."

José Iglesias led off with a single and went to second when Tucker Barnhart was hit in the shoulder and head with a pitch. The runners moved up on Gray's sacrifice bunt, and Iglesias scored on Senzel's chopper fielded by second baseman Kolten Wong behind the mound with no time to throw out Iglesias at the plate.

One out later, Suárez drove in Senzel with a single to center.

"I felt good," said Wacha, who fell to 13-2 in his career against Cincinnati. "I was down in the zone, getting weak contact and letting the defense make plays. That's usually the way I pitch."

The game was delayed several minutes in the top of the fourth inning while a Reds trainer tended to plate umpire Roberto Ortiz, who took a foul tip off his right shoulder. Ortiz stayed behind the plate.

Gray is the first Reds pitcher to produce three consecutive scoreless starts in the same season since Tom Browning in June 1989 and the first Reds right-hander to accomplish the feat since Jose Rijo in August and September 1988.

José Iglesias had two hits to extend his hitting streak to 10 games, the longest by a Reds player this season.

Cardinals: Inflammation in OF Jose Martinez's right shoulder was clearing up enough for him to receive a cortisone shot later Thursday or Friday, Shildt said.

Reds: 1B Joey Votto was scratched with low back tightness.