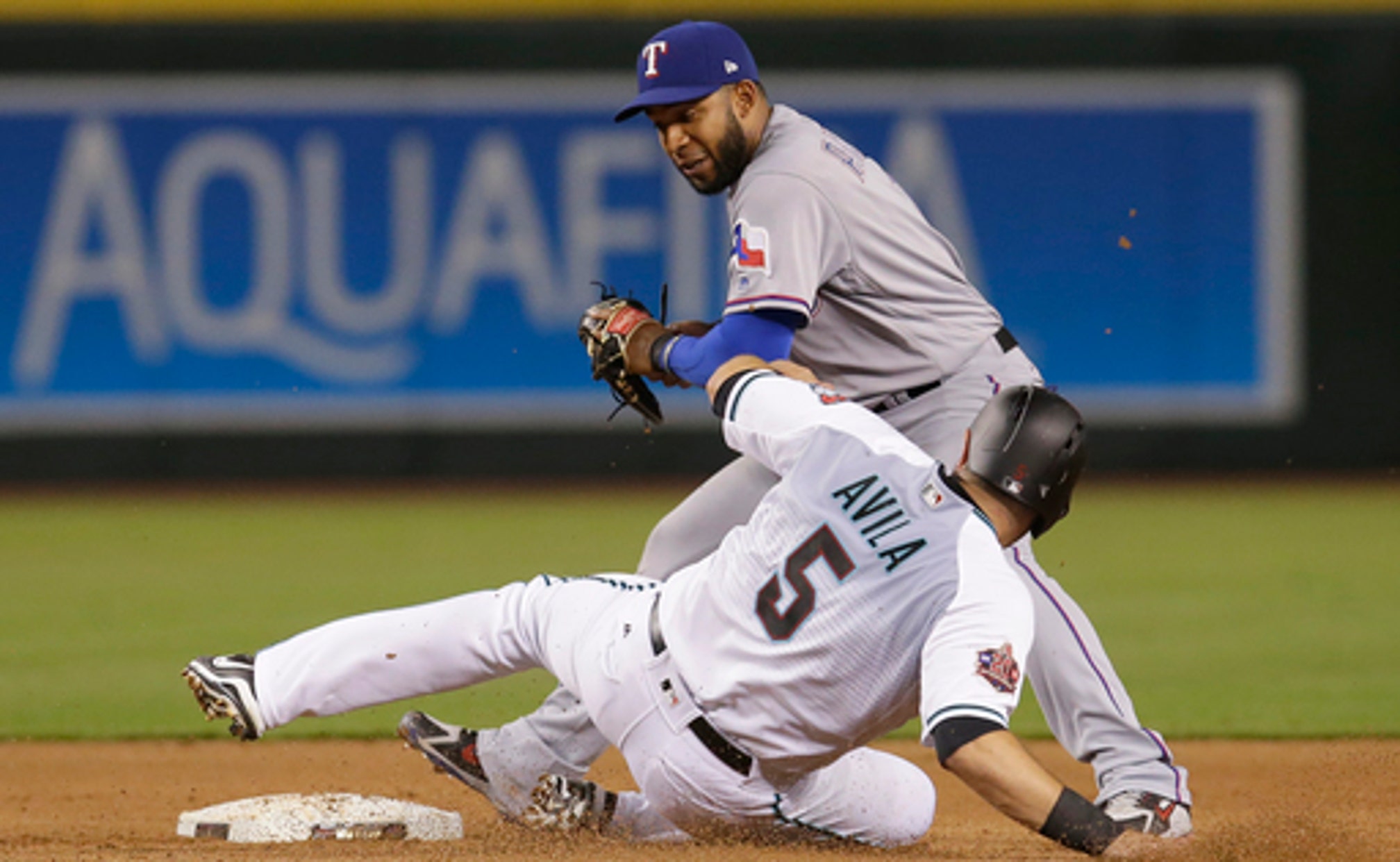 Godley strikes out 10, D-backs move back atop NL West

PHOENIX (AP) The Arizona Diamondbacks got two pieces to bolster their bullpen just before the non-waiver trade deadline, a big-time start from Zack Godley and reclaimed their spot atop the NL West on Tuesday.

It was a fantastic day until the very end - when some injury news on Jake Lamb gave it a sour twist.

Godley matched a career high with 10 strikeouts, leading the Diamondbacks over the Texas Rangers 6-0 to leap ahead of the Los Angeles Dodgers for first place.

After the game, manager Torey Lovullo announced that Lamb might need surgery to repair his injured left shoulder. Lamb is already on the 10-day disabled list. He met with specialists in Los Angeles, who found fraying in his rotator cuff.

''We're going to huddle up over the next 48 hours and figure out what the best plan is,'' Lovullo said. ''There's a conservative route and there's also a surgical route. If surgery is the option, I think he would be out for the year.''

The Diamondbacks, though, appear covered at third should they lose Lamb for an extended period. They traded with Minnesota for Eduardo Escobar last week. Escobar has four hits in his first three games with his new team.

Arizona (60-49) overtook the Dodgers (59-49) for first place when Los Angeles fell 1-0 to Milwaukee. That came hours after the Diamondbacks added relievers Brad Ziegler and Jake Diekman via trades. Diekman was acquired from the Rangers and was driven from one clubhouse to another by Arizona's bullpen cart.

Godley was the star on Tuesday, though. He allowed only two hits and improved to 12-6, striking out the leadoff batter in each of his seven innings.

''I felt good in locating my pitches really well and getting some weak contact, which is awesome,'' Godley said. ''I just had a good feel for all my pitches.''

Nick Ahmed hit a two-run double as part of a three-run fourth inning to give Godley more than enough support.

Rangers starter Bartolo Colon (5-10) was knocked around for five runs and seven hits in five innings. Colon was bidding for career win No. 246, which would have given him the most career wins for a pitcher from Latin America, but came up short in his fifth attempt at the record.

''It didn't happen. The most important thing is I feel good and healthy,'' Colon said in Spanish. ''When it comes, it will come. I don't want to put more pressure on myself because it will be worse for me if I think about it.''

A.J. Pollock's first-inning homer cleared the high wall in center field, his 15th of the year and the 24th that Colon has allowed.

Arizona took a 2-0 lead on Paul Goldschmidt's two-out double to drive in Jon Jay in the third inning, then Ahmed made it 4-0 in the fourth when he lined his double into the left field corner to score Steven Souza Jr. and Daniel Descalso.

Jay singled in Ahmed before the inning ended, and Ahmed raced home on a wild pitch in the sixth to make it 6-0.

The Rangers' four-game winning streak came to an end.

Left-hander Jeffrey Springs came on for Colon in the sixth for his major league debut after being called up from Triple-A Round Rock earlier in the day. Springs allowed a run on one hit, a walk and a wild pitch, but recorded his first three career strikeouts in two innings of work.

''I was hoping for the ball but I wasn't sure,'' Springs said. ''It's everything I thought and more.''

Rangers: RHP Chris Martin was activated from the 10-day disabled list after the trade of Diekman and pitcher Keone Kela to Pittsburgh.

Diamondbacks: OF David Peralta was held out of the lineup with right shoulder tightness for the second straight night. ... RHP Shelby Miller was transferred to the 60-day disabled list with elbow inflammation as part of the roster move to make room for Ziegler. ... LHP Andrew Chafin was placed on the paternity leave list.

Diamondbacks: RHP Zack Greinke (12-5) pitches the opener of a four-game series against San Francisco on Thursday. He's 12-2 in 18 career starts against the Giants.