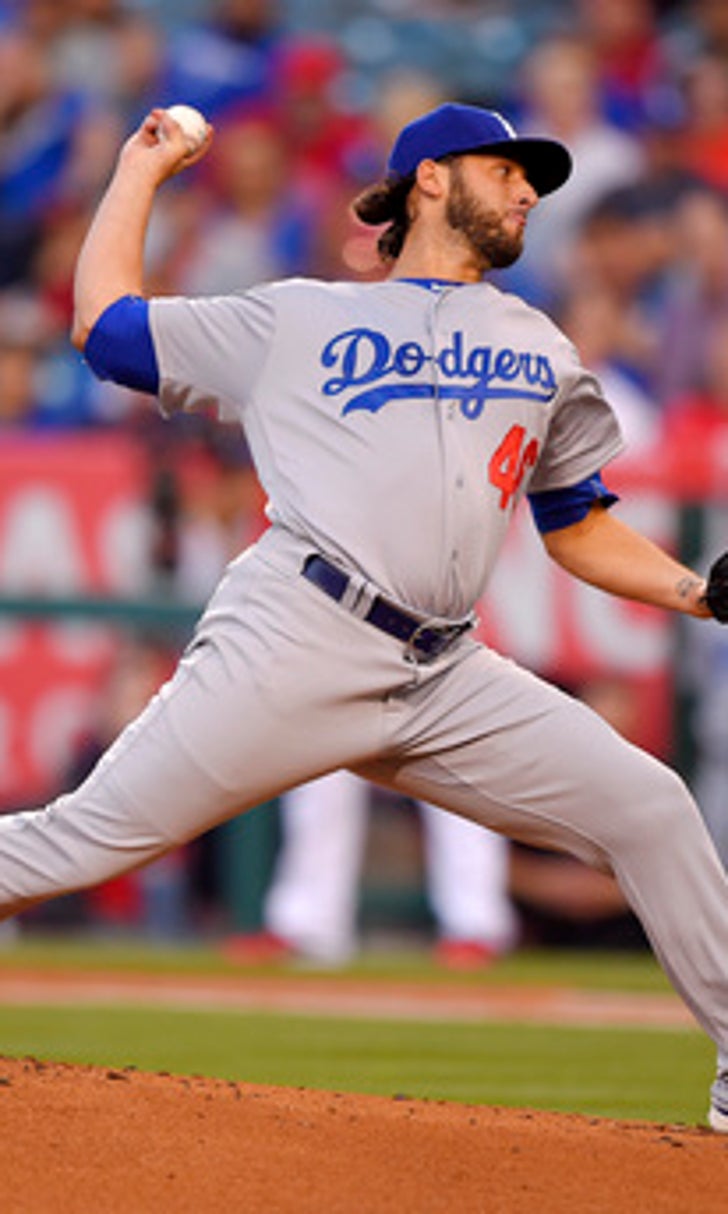 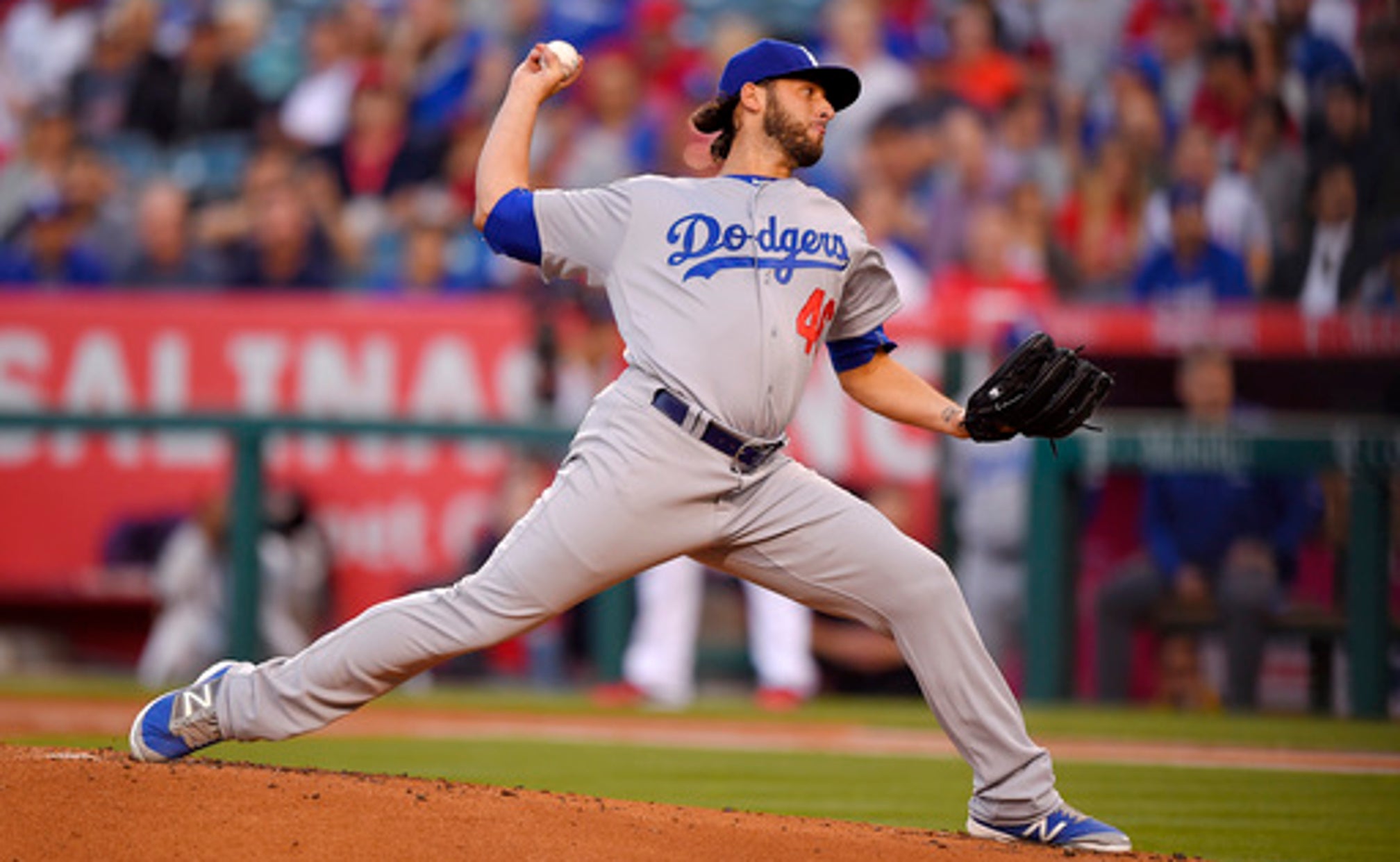 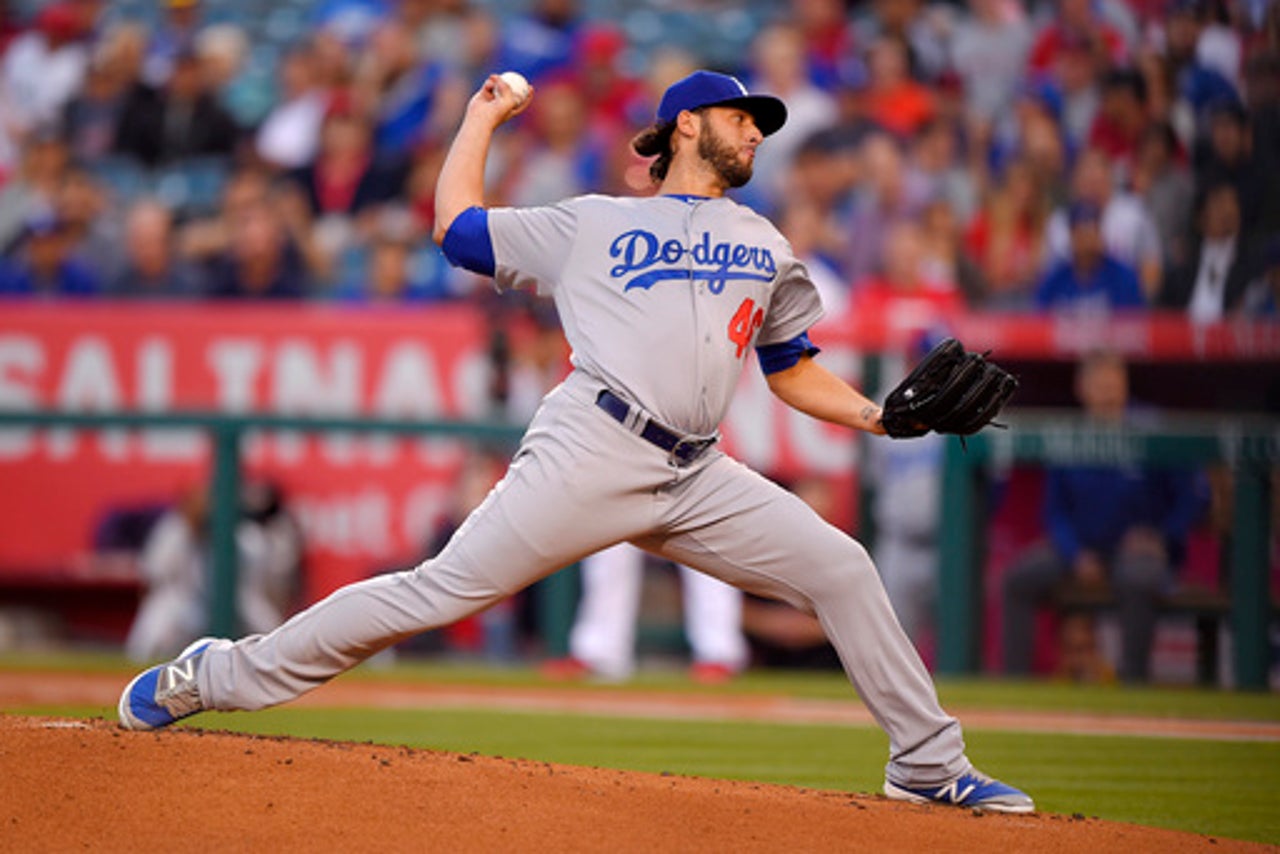 ANAHEIM, Calif. (AP) The Dodgers find themselves a game over .500 with a quarter of the season already gone. The rotation is exhausted, injuries have taken a toll and the only reliable is ace Clayton Kershaw.

''We know we're better than that,'' new manager Dave Roberts said after an 8-1 loss to the Los Angeles Angels on Wednesday night in the Freeway Series. ''I don't think anyone is conceding, but we're going to play better.''

Joc Pederson's RBI single in the fourth provided the Dodgers' lone run, a night after they limited the Angels to one run in a 5-1 victory.

''We haven't been playing great lately, but we're going to stick to our routine and keep grinding it out,'' Pederson said.

Mike Trout homered and the Angels broke the game open with five runs in the fifth inning.

Mike Bolsinger (0-1) gave up three runs and seven hits in 4 1/3 innings, struck out two and walked two after being activated off the disabled list to give the Dodgers' rotation some extra rest. The right-hander may have earned a return ticket to Triple-A Oklahoma City after his outing.

''That's up for discussion,'' Roberts said.

Bolsinger hardly had his best stuff, with his slider being the only pitch that was effective.

''I was basically up there telling them what was coming,'' he said. ''But it was working, it was really good. After the second inning, I think I threw four fastballs the rest of the game. Every pitch was a slider.''

C.J. Cron's bases-loaded infield single put the Angels ahead 2-1 in the fifth. Bolsinger began the inning by giving up a single to Yunel Escobar and issuing a one-out walk to Trout. Louis Coleman relieved and immediately loaded the bases by walking Albert Pujols.

Nick Tropeano (2-2) tossed four-hit ball into the seventh inning in his longest start of the season for the Angels.

The Angels rapped out 12 hits, three off their season high. Trout was 3 for 4 with a walk, while Pujols was 2 for 3 with two walks.

After giving up three consecutive singles in the seventh, Tropeano struck out pinch-hitter Kike Hernandez and got Justin Turner to ground into an inning-ending double play.

Tropeano began the game by retiring his first 10 batters. He allowed one run and seven hits in seven innings, struck out four and walked two. He has given up two or fewer runs in six of his eight starts and pitched beyond six innings for the first time.

Dodgers: 1B Adrian Gonzalez missed his second straight game with lower-back tightness that surfaced Monday. He's expected to return Friday or Saturday. ... LF Scott Van Slyke (low back irritation) is at Camelback Ranch in Arizona awaiting assignment to a minor-league affiliate. ... With Bolsinger reinstated from the DL, INF Charlie Culberson was optioned to Triple-A Oklahoma City. He made the opening day roster and appeared in 15 games, batting .259 with two doubles and four RBIs. ... INF Alex Guerrero (left knee) was set to play his seventh rehab game Wednesday with Double-A Tulsa.

Angels: C Geovany Soto will go on the DL with a torn right meniscus. His knee locked up on him before Wednesday's game. An MRI showed the tear that is expected to keep him out 4-to-6 weeks.

Pedro Baez pitched two-thirds of an inning, but it only seemed longer. He clocked 45 seconds between some pitches and one time it took him 65 seconds to deliver the ball.

''There's something with the indecisiveness of Petey,'' Roberts said. ''Yeah, the tempo needs to be sped up, certainly. Sometimes there might be some overthinking things. Yeah, we talked about the tempo and we'll continue to talk about it.''

Pederson doubled to deep center with two outs in the eighth. After rounding first, he stumbled and fell, with his shin guard coming off. He got up in time to make it safely to second.

Angels: RHP Jhoulys Chacin (0-0, 2.57) makes his second start since joining the team on May 11 from Atlanta. He is 9-7 with a 3.74 ERA in 19 career games against the Dodgers. The nine wins are his most against any opponent.

Sports World Honors Dr. King
Dr. Martin Luther King Jr. was a pioneer unlike any other, and the sports world is spending Monday celebrating his legacy.
12 hours ago