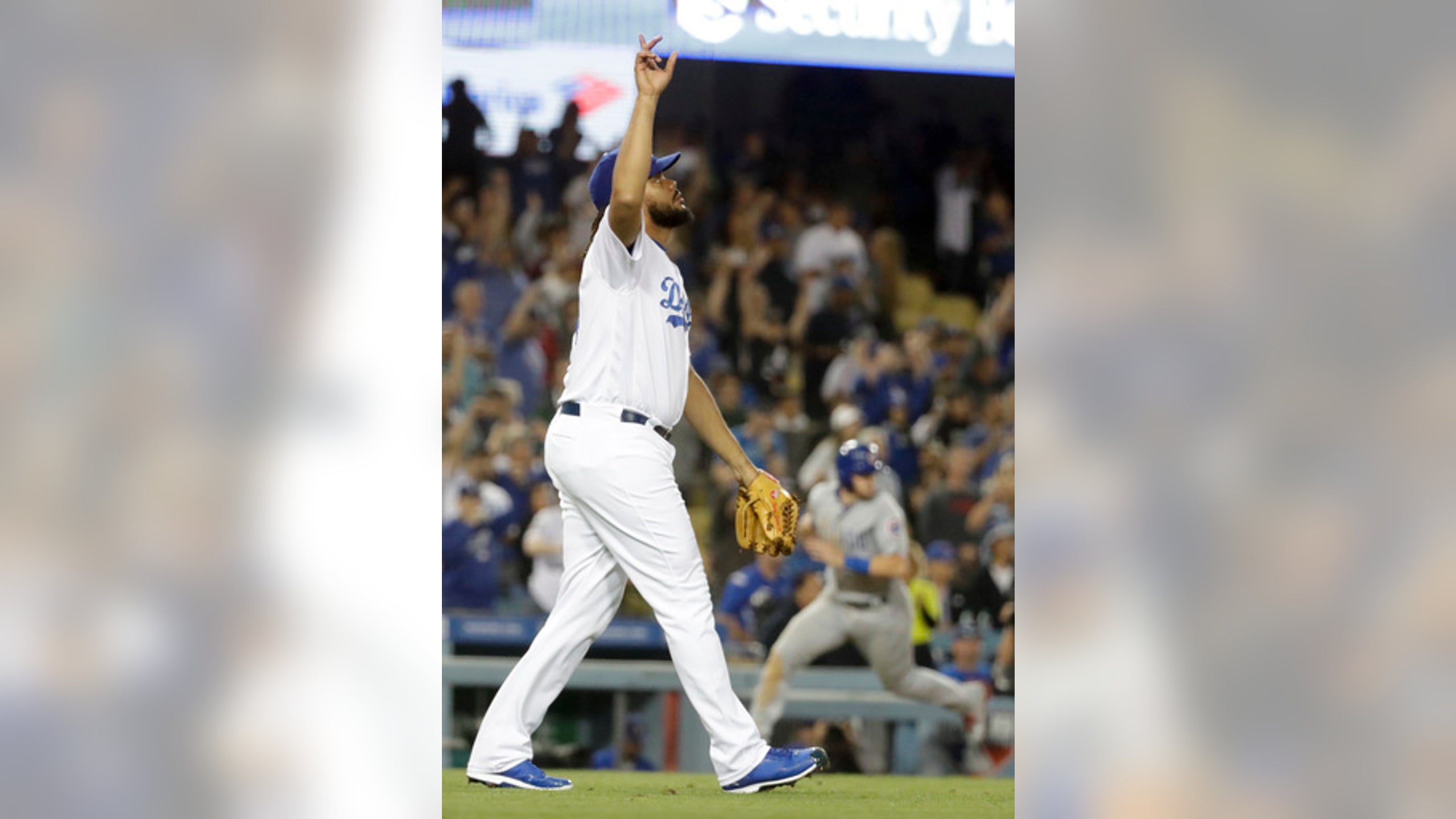 LOS ANGELES (AP) After an anemic first couple months of the season, the Dodgers are powering balls out of the stadium at a near record rate.

The Dodgers improved to 17-6 in June and have slugged a major league-leading 51 homers this month. That's the second-most during any month in franchise history. With three days remaining, they have a chance to overtake last year's team that set the record with 53 while the single-season record of 58 in a month is within reach, too.

''It just seems like they're taking really good swings,'' Dodgers manager Dave Roberts said. ''When there's a mistake in the strike zone, we hit it hard.''

The Dodgers hit 25 home runs in late March and April and 31 in May. The current surge is being generated by a variety of players.

After not homering in a 9-4 loss to the Cubs on Tuesday that snapped their four-game winning streak, the Dodgers got going early despite not having Matt Kemp in the lineup. The outfielder, who is hitting .311, served a one-game suspension after losing his appeal with Major League Baseball for a scuffle with Texas catcher Robinson Chirinos on June 13.

Muncy homered over the center-field wall in the first for his ninth long ball this month and 16th of the season. The ball hit something beyond the wall and bounced back onto the field, grazing center fielder Albert Almora Jr. in the head.

Later in the inning, Yasmani Grandal's two-run double with two outs gave the Dodgers the lead for good, 3-2.

Pederson followed in the second with his 10th homer of the month to make it 5-2. Enrique Hernandez extended the lead with an RBI single.

Alex Wood (4-5) allowed three runs and seven hits in seven innings to earn his third straight win. The left-hander struck out six and walked none, retiring the final seven batters he faced.

Kenley Jansen earned a four-out save, his 21st of the season.

Chicago made it close after Wood exited. He was replaced in the eighth by Scott Alexander, who walked Jason Heyward and gave up a single to Javier Baez before Willson Contreras hit a two-run double to pull the Cubs to 6-5.

Ben Zobrist grounded back to Alexander, putting the potential tying run on third, but Jansen came in and struck out Addison Russell to end the inning.

''The at-bats had great approaches,'' Cubs manager Joe Maddon said. ''I thought we hit the ball all over the place. Javy hit it to right and right center. Same with Contreras. Good approaches. We played our butts off, we just didn't get it.''

Bellinger homered leading off the eighth against Randy Rosario, tying Muncy for the team lead with 16 homers and making it 7-5.

Cubs starter Kyle Hendricks (5-8) gave up six runs and eight hits in 2 2/3 innings, failing to go at least five innings for the first time in 16 starts this season. The team has lost five of his last six starts.

''I'm just searching right now, it's just bad,'' Hendricks said. ''I don't know mechanics and I'm trying to focus mentally and go pitch-to-pitch. Something is just off. I've had troubles in my career, but this is up there as one of the toughest.''

Chicago took the lead in the first on a two-run homer by Contreras.

In the fifth, Heyward reached on an infield single that Wood raced to pick up along the first base line. He flipped to Bellinger, and first base umpire Alan Porter signaled that Heyward was out. But the ball came loose and second baseman Logan Forsythe, backing up the play, fired to the plate. Ian Happ, who singled leading off, was called safe to leave the Cubs trailing 6-3.

Cubs: Chicago closer Brandon Morrow (lower back tightness) was activated off the DL. He had been sidelined since June 20 after experiencing back spasms while taking his pants off. ... RHP Tyler Chatwood will be available soon. Chatwood has been on paternity leave after his wife gave birth last Sunday.

Dodgers: RHP Walker Buehler (right rib microfracture) will throw three innings in a rehab start at Triple-A Oklahoma City on Thursday. If it goes well, he will have a bullpen session this weekend and could possibly return to the rotation next week. ... INF-OF Chris Taylor (left hamstring) wasn't in the lineup for the sixth straight day but pinch hit in the seventh and will start on Thursday.