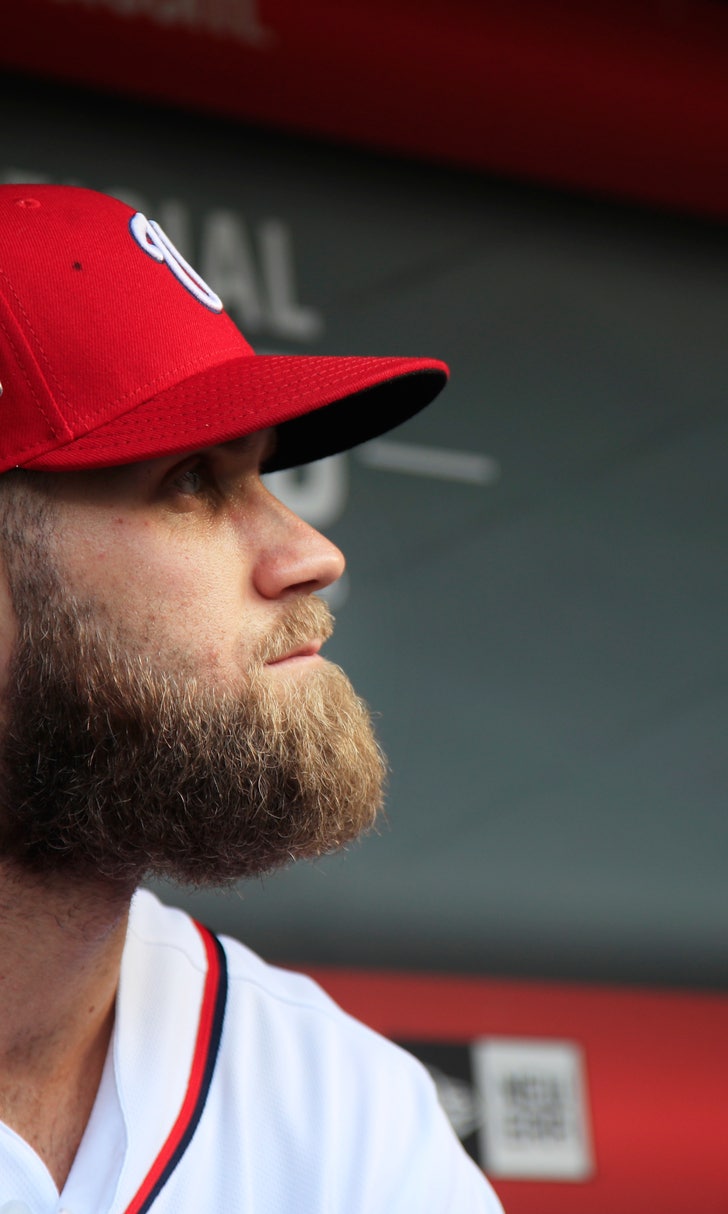 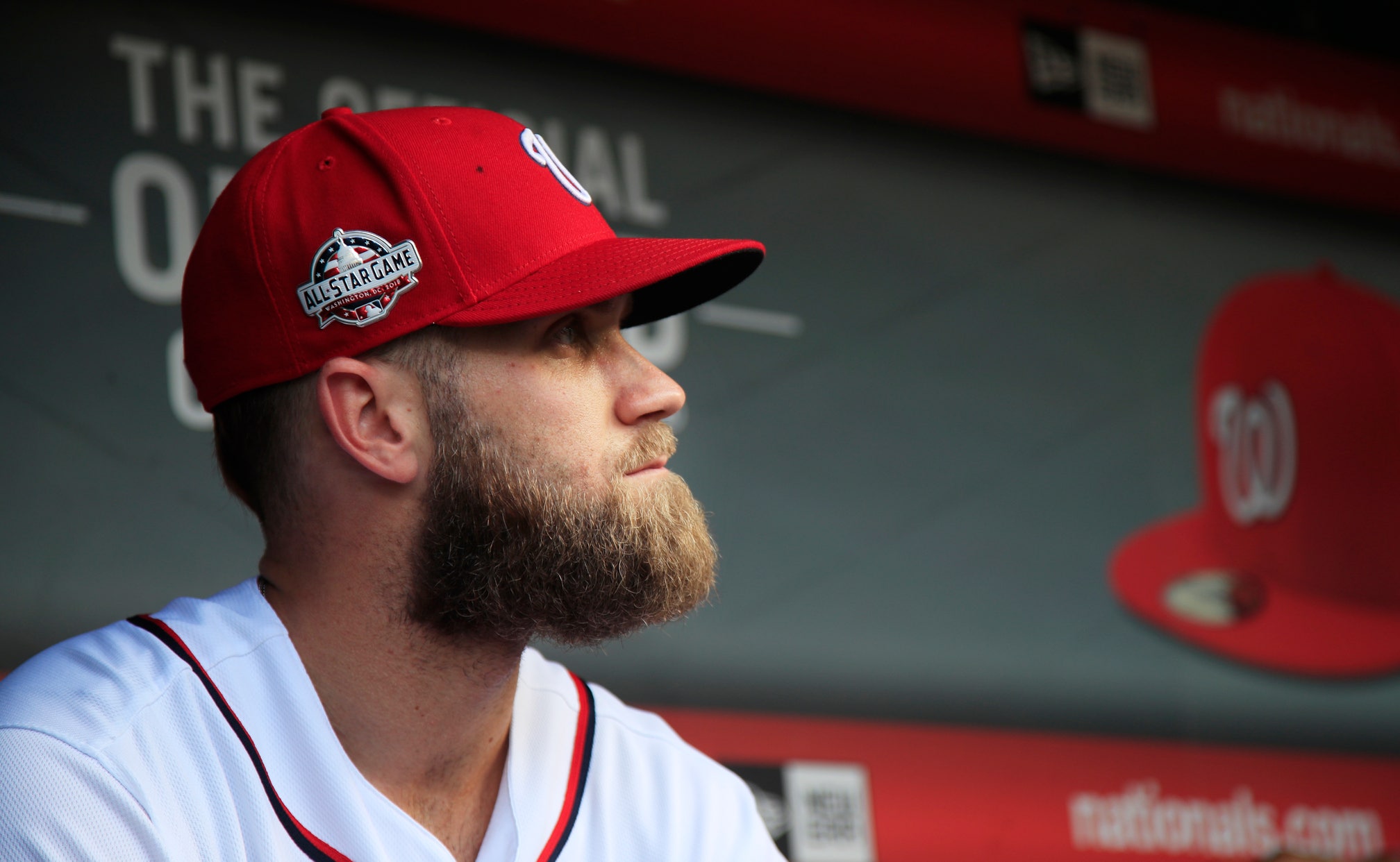 Spring training has started, yet two of baseball's biggest stars, Bryce Harper and Manny Machado, are sitting at home.

For those who think this is a strong indication that the national pastime is headed toward another paralyzing labor dispute, do not fret.

There's too much money at stake — on all sides — to let that happen.

It's certainly troubling that somewhere between 60 and 100 viable free agents (depending on how you count) are still without jobs as teams reported to camp this week in Florida and Arizona.

Sluggers Harper and Machado, along with 2015 AL Cy Young Award winner Dallas Keuchel and closer Craig Kimbrel, are the most notable players still looking for work. Not surprisingly, their absence prompted some high-profile grumbling from players who are gainfully employed, such as Houston Astros ace Justin Verlander.

"System is broken," he wrote on Twitter. "You're telling me you couldn't sign Bryce or Manny for 10 years and go from there?"

Certainly, the next labor agreement will require some hefty tweaking and plenty of compromise to address the concerns of both players and owners. But there seems more than enough common ground — namely, all those hefty checks that everyone is cashing — to ensure there's not another of those strikes or lockouts that once dogged the game, most notably leading to the cancellation of the 1994 World Series.

If anything, the sides are likely to begin negotiations on a new deal sometime this year, even though the current arrangement isn't set to expire until after the 2021 season. Commissioner Rob Manfred has been pushing hard for changes that are designed to speed up the game, while the players are concerned about parts of the labor agreement that they feel cut into their bargaining power.

Both sides would benefit from sitting down as soon as possible at the negotiating table.

"I hope and I really do believe that there is a common interest between the players' association, the players, the owners and the commissioner's office in changes, whether they're midterm or otherwise, that make our entertainment product the best it could possibly be," Manfred said last week.

Verlander and Washington Nationals star Max Scherzer complained that the game is hurt by constant merry-go-round of teams that essentially throw in the towel for several seasons, committing themselves to long-term rebuilding projects centered on younger, cheaper players.

They feel that's a big reason so many useful players are still unemployed.

They also believe it's cutting into a fan base already bleeding young followers.

"If you're constantly just going into this win-loss cycle that MLB is pushing, you create bandwagon fans and that's not the type of fans that you want to create," said Scherzer, a newly elected member of the Major League Baseball Players Association executive board. "You want to create fans that are following teams year in and year out. It's up to the fans, honestly, to demand that."

But that's not really what's going on with Harper and Machado, who went into free agency with a pair of agents (Scott Boras and Dan Lozano, respectively) who were determined to land record deals in excess of Giancarlo Stanton's $325 million. It's not really surprising that teams are balking at those enormous demands, though it's likely just a matter of time before they're both signing huge contracts.

Keuchel (who is also represented by Boras) has struggled with injuries since his Cy Young-winning season, making the teams reluctant to commit to a long-term deal. Kimbrel has run into a similar roadblock, even though he's been one of the game's top closers for almost a decade. Quite simply, most general managers believe they can find a closer who's nearly as effective as Kimbrel as a fraction of his asking price.

As for all those other unsigned free agents, the most likely culprit for their predicament is WAR — that shadowy bit of analytics that has become the Holy Grail to numbers-obsessed GMs now running the game.

WAR, of course, stands for Wins Above Replacement — and it's the replacement part that is guiding those charged with constructing a roster. When the formula shows a player is only worth an extra win or two over the course of the season, a GM will almost surely pick a younger, cheaper option. Or a veteran player such as Neil Walker, who made more than $17 million in 2017, will be forced to accept a cut-rate deal (as Walker has done the last two years, earning $4 million with the Yankees in 2018 and now $2 million under a one-year deal with the lowly Marlins).

While all that seems like good business for the owners, they also have reasons to be concerned about the current system. Most notably, attendance dipped last season to its lowest level since 2003. One team after another has stripped away any pretense of competitiveness in order to build through the draft and player development, undoubtedly trying to mimic the formula that worked so well for Houston.

The Astros endured three straight seasons with at least 106 losses in the early part of this decade, which earned them plenty of high draft picks. Once those talented youngsters began working their way into the big leagues, Houston supplemented the roster with some timely trades. It all added up to the franchise's first World Series title in 2017.

While the Astros were certainly a feel-good story, baseball can't afford to have so many teams going down that long-term path (which, of course, might not even pay off in the end). The players' union is right to push proposals that would impose draft penalties on teams for tanking year after year, or perhaps set up an NBA-style draft lottery.

Once the serious negotiating begins, there are sure to be more harsh words from both sides. You might even hear "collusion" tossed around.

In the end, it will all work out.