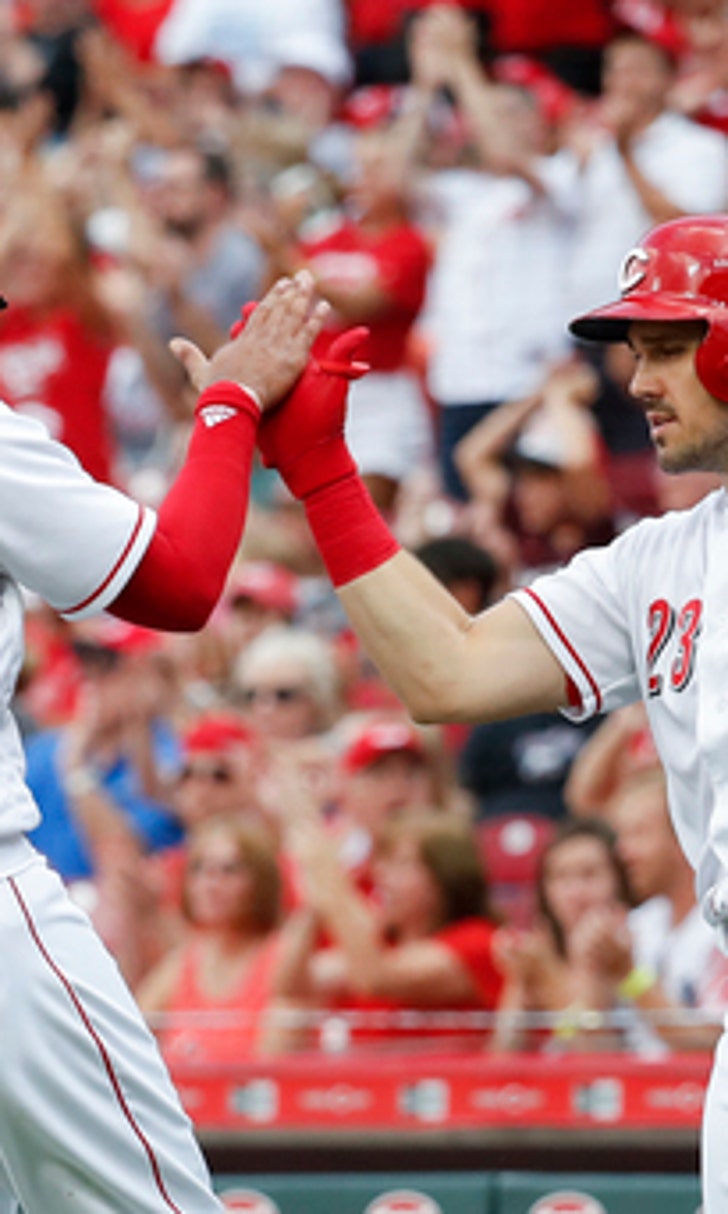 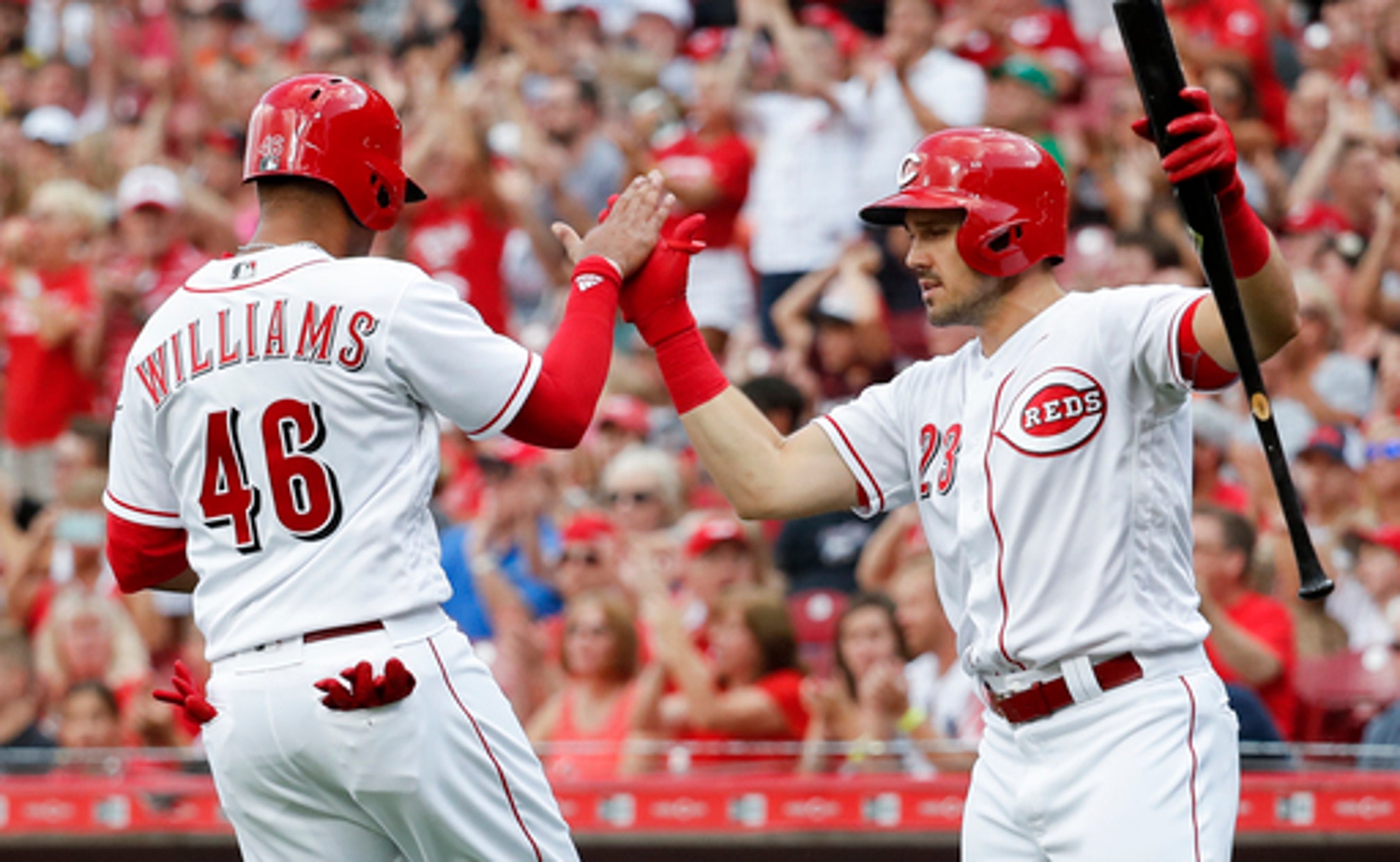 ATLANTA (AP) The Atlanta Braves acquired outfielder Adam Duvall from the Cincinnati Reds on Monday night to bolster their lineup, especially against left-handers, for a postseason push.

Duvall was targeted for a platoon role, starting against left-handers. The move will cut into Ender Inciarte's playing time.

For the Reds, the trade opens the way for full-time roles for corner outfielders Jesse Winker and Scott Schebler while adding three young players.

The Braves sent right-handers Lucas Sims and Matt Wisler and outfielder Preston Tucker to Cincinnati. All three spent time in Atlanta this season but were with Triple-A Gwinnett at the time of the trade.

The trade was announced following the Braves' 5-3 win over Miami on Monday night.

''We've been a good team against left-handers but we can get better and this is a guy who's under control going forward,'' Anthopoulos said.

Anthopoulos said Duvall and Inciarte have been told of the outfield plan.

''I talked to Ender tonight and he was great,'' Anthopoulos said. ''His response was `I just want to get to the playoffs.' He's awesome.''

Duvall was also a finalist for the Gold Glove Award in each of the last two seasons.

The Braves are only a half-game behind Philadelphia in the race for the NL East. The Reds are last in the NL Central despite a recent surge.

''We're pleased with the performance we've seen in the middle of the summer,'' said Reds president of baseball operations Dick Williams. ''We've been trying to keep an eye on next year but this year is also important. ... I think when we looked at next year we saw Winker and Schebler really emerging as corner outfielders that are going to have a lot of success in the big leagues.'' 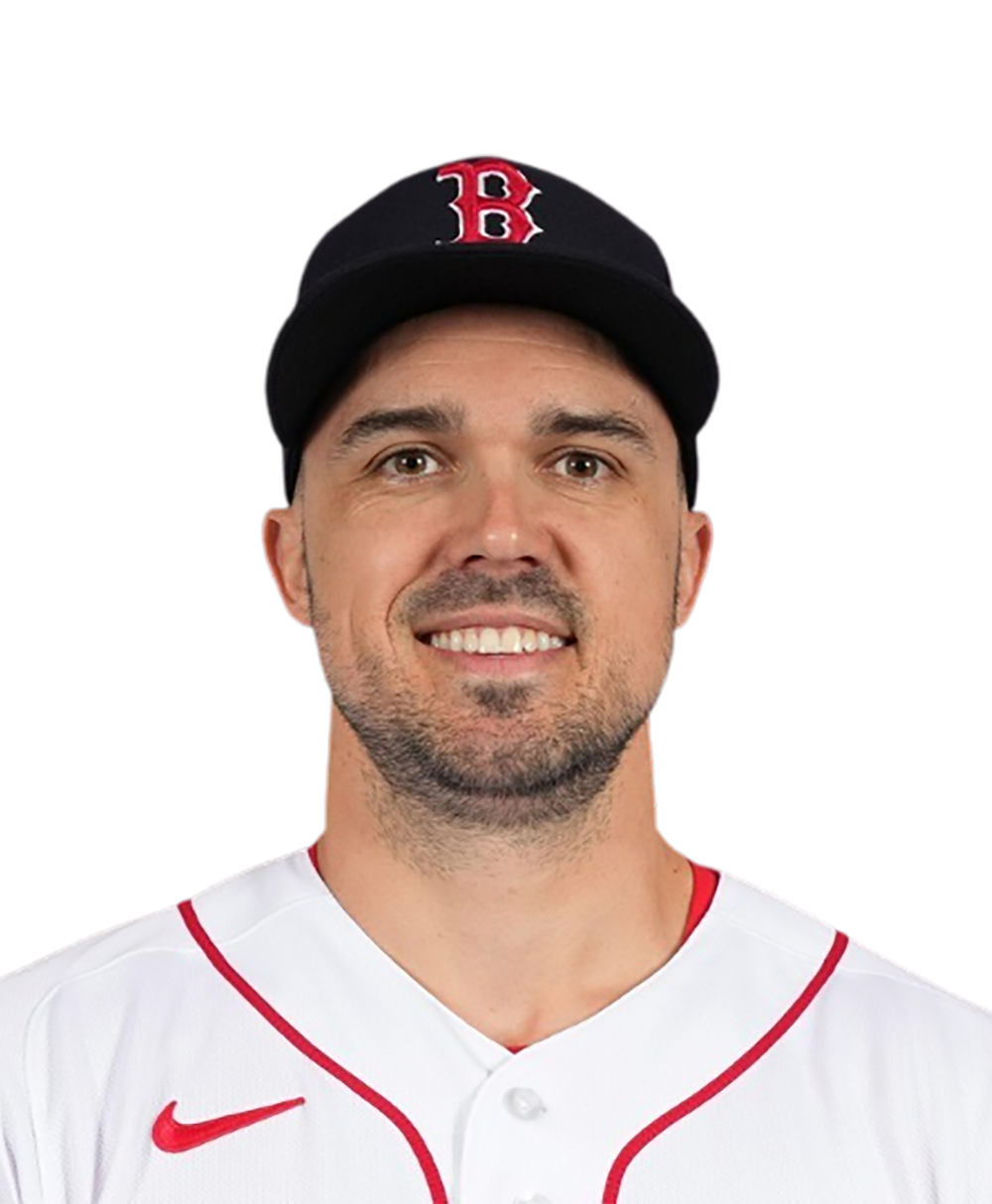