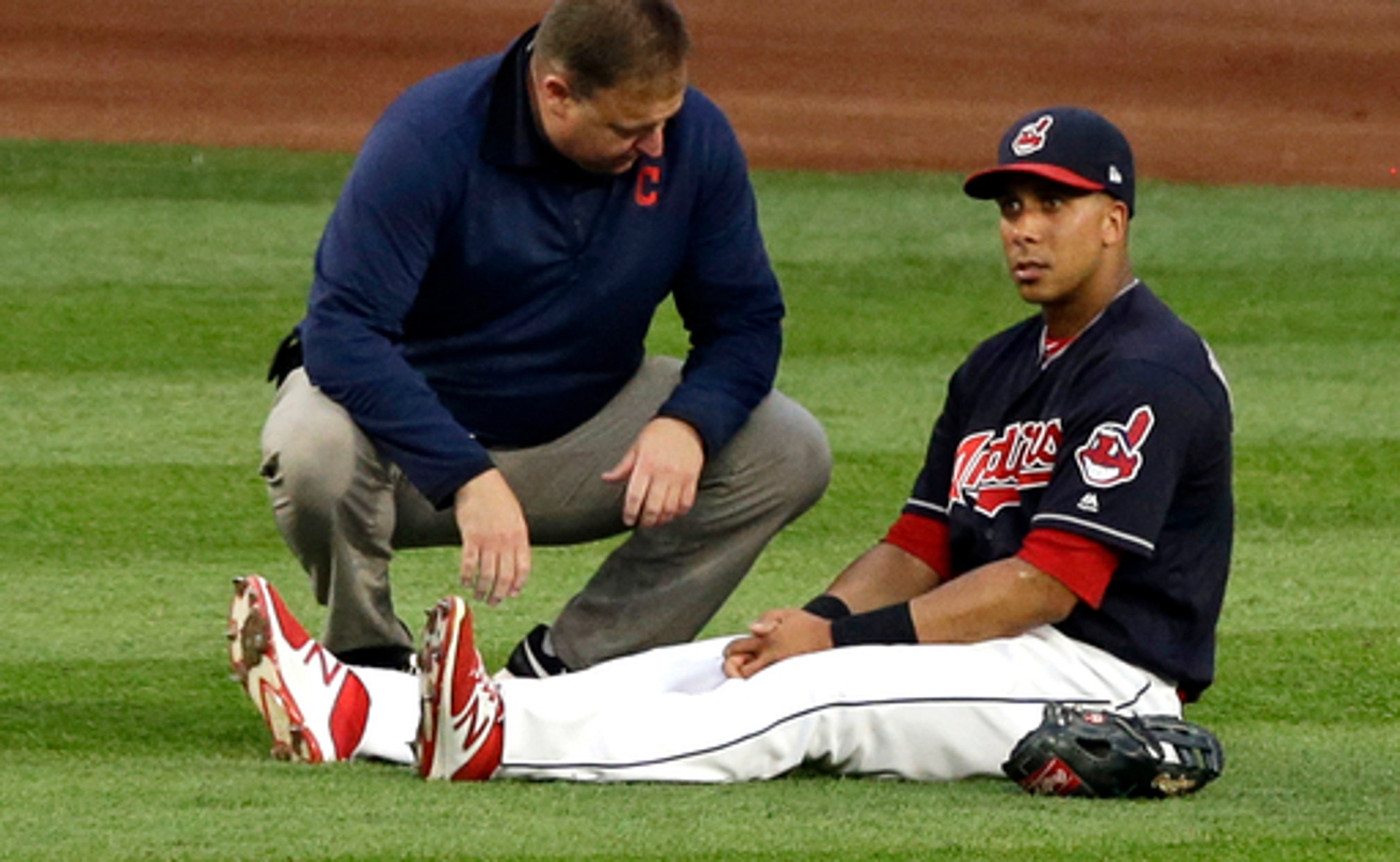 Brantley has surgery, Indians weighing options on his future

Brantley had surgery to repair an ankle injury that bothered him much of this season, sidelined him for 50 games over the final two months and limited him during the playoffs.

However, in the interim, the Indians have some tough decisions to make on Brantley, who has played in just 101 games over the past two seasons because of injuries.

The club has until three days after the conclusion of the World Series to either pick up his $12 million contract for 2018 or pay him a $1 million buyout, allowing him to become a free agent.

Antonetti and manager Terry Francona have made it clear the Indians want to keep Brantley, but now the club has to consider the cost of hanging onto a player they admire but one who has been breaking down.

''What we know about Michael is that when he's been healthy, he's been really productive,'' Antonetti said on a conference call. ''So the things we have to weigh are the expected level of productivity and how available he'll be to perform. Those are the things we'll have to weigh and we'll spend some time working through over the next couple weeks.''

One possible scenario is the Indians declining the option and negotiating a new contract with Brantley. Antonetti would not offer any specifics about the Indians' plans, but he reiterated a sentiment toward a core player who has grown up with the team.

''We've always envisioned Michael as being a part of our organization not only in 2018 but beyond,'' Antonetti said.

After playing in just 11 games in 2016 and missing Cleveland's run to the World Series following shoulder and biceps injuries, Brantley got off to a strong start in 2017.

He made his second All-Star team and was a strong candidate to be named the league's comeback player when he injured his ankle while chasing a fly ball during a game on Aug. 8. Brantley missed 50 games and then made a dramatic return on Sept. 30, getting a pinch-hit single in a 10-pitch at-bat, which convinced the Indians he could help them in the postseason.

Brantley, who batted .299 in 90 games with five homers and 52 RBIs, was put on the postseason roster for the AL Division Series against New York but went just 1 for 11 as the Indians were eliminated in five games by the Yankees.

Antonetti said Brantley did not risk further injury to his ankle by playing in the postseason and he did not suffer any setbacks. The club thought having him on the 25-man roster would help.

''His ankle was unaffected when hitting,'' Antonetti said. ''We were considering him as an option in the outfield based upon how he felt about his ankle, both the strength and the discomfort. I know Michael didn't have a ton of success in the postseason, but I don't think the ankle was at the root of that.''

It's possible the Indians will consider a position change for Brantley, maybe to first base, but Antonetti said it was ''too preliminary'' to consider that now.