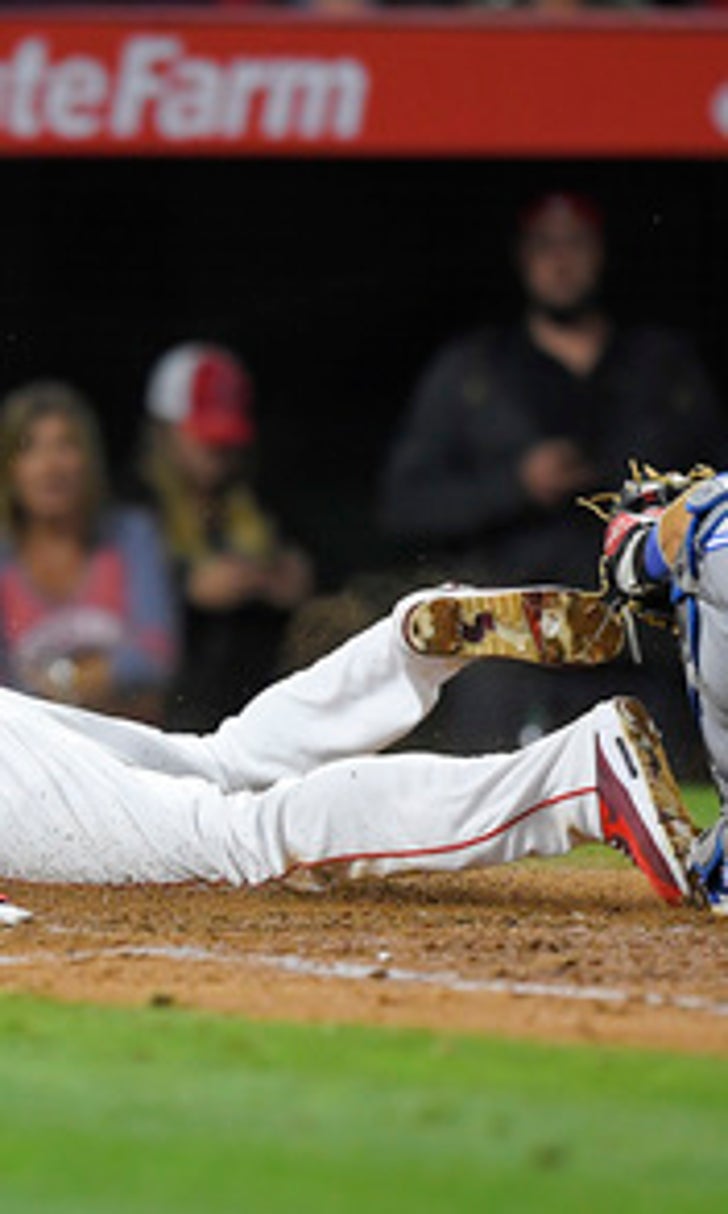 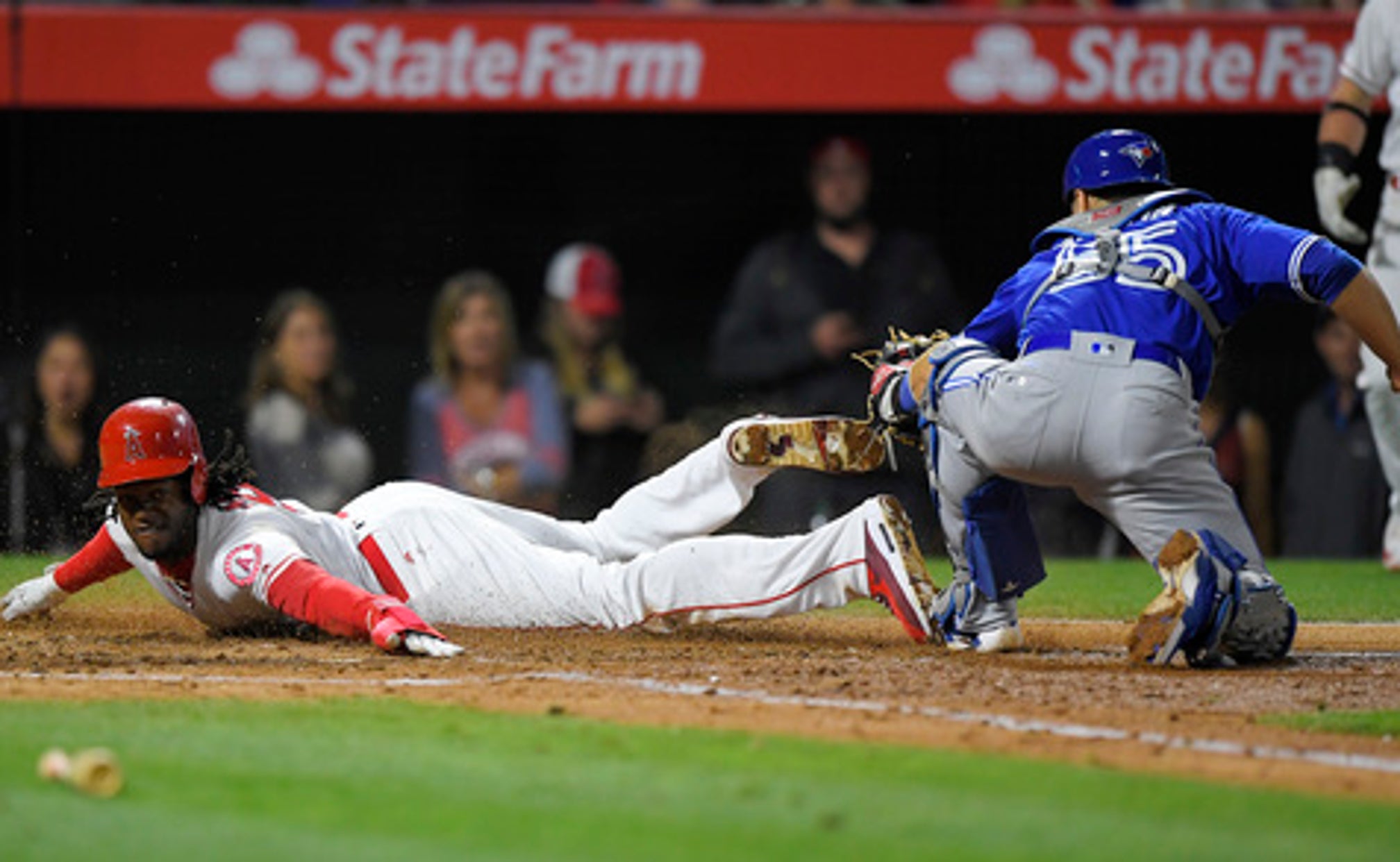 ANAHEIM, Calif. (AP) Cameron Maybin stood at third base in the tie game, eyed the infield playing in and then immediately broke on contact.

He dove head-first into home, slid his out-stretched left hand around catcher Russell Martin's tag and scored what proved the final run Monday night in the Los Angeles Angels' 2-1 victory over the Toronto Blue Jays.

''It's just a matter of using my size and athleticism, stretch as long as I can,'' Maybin said. ''I have about a 6-8, 6-9 wing span. That's something you learn from playing basketball -- how long your arms are.''

Right-hander Jesse Chavez, who came in relief to take the loss in Friday's 13-inning loss to Toronto, went six innings for the Angels, holding the Blue Jays to one run on four hits. Chavez (2-3) walked four but struck out seven.

Bud Norris pitched a scoreless ninth to earn his second save.

Martin's solo home run in the fourth accounted for Toronto's only run. It was his second of the season.

The Blue Jays have scored four runs or less in 14 of their 18 games this season.

The Angels tied the score in the bottom of the fourth when a Mike Trout double turned into a triple after right-fielder Jose Bautista slipped. Albert Pujols singled to score Trout. The Angels' winning rally in the fifth came against Francisco Liriano (1-2) after Maybin's leadoff single. A walk and sacrifice bunt put runners at second and third.

The Blue Jays played the infield in and Yunel Escobar hit a bouncer to second baseman Devon Travis. He fired home, but Maybin avoided the tag by Martin.

''His stuff was good, but his balls-to-strikes ratio wasn't,'' Gibbons said. ''But he held them down and gave us a shot.''

The victory allowed the Angels to split the four-game series against Toronto.

Blue Jays: Josh Donaldson (right calf strain) was eligible to come off the disabled list Monday, but remains out with an uncertain return. Gibbons said he did speak to his third baseman from Anaheim Monday and Donaldson said from the team's training facility he was feeling better.

Angels: The team reinstated right-hander Vicente Campos from the disabled list and optioned him to Triple-A Salt Lake City. The Angels hope he has better luck there than at Single-A Inland Empire, where Sunday he gave up three runs on two homers in 1 2/3 innings.

Chavez coming back three days as a starter after appearing as a reliever against the same team is an oddity, but Angels manager Mike Scioscia said his right-hander handled it well. Said Scioscia: ''The four walks were a little uncharacteristic of the way Jesse normally goes about things. But he made pitches when he had to.''

Gibbons was ejected for the second time this season, and in two games, unhappy about the strike zone on Liriano and a strike three called against Martin. Said Gibbons: ''I thought it was kind of a moving zone. It didn't look like (Liriano) was moving it everywhere.''

Blue Jays: Marco Estrada, who has the lowest ERA (2.63) in the Toronto rotation, will start Tuesday in St. Louis. He has not allowed an earned run in the combined 13 innings of his last two starts.

Angels: JC Ramirez (0-2) is scheduled to make his third start for the Angels Tuesday at home against the A's. The converted reliever has struggled in his first two starts (6.97 ERA) but will be pitching with an extra day's rest.