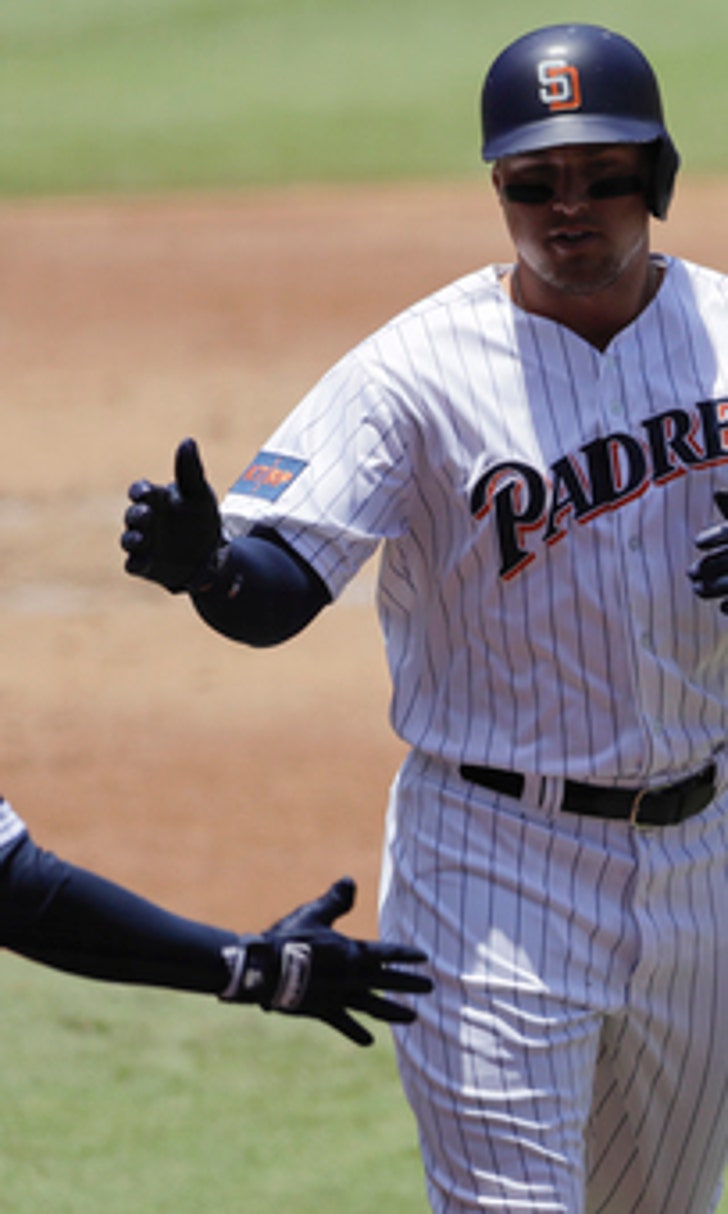 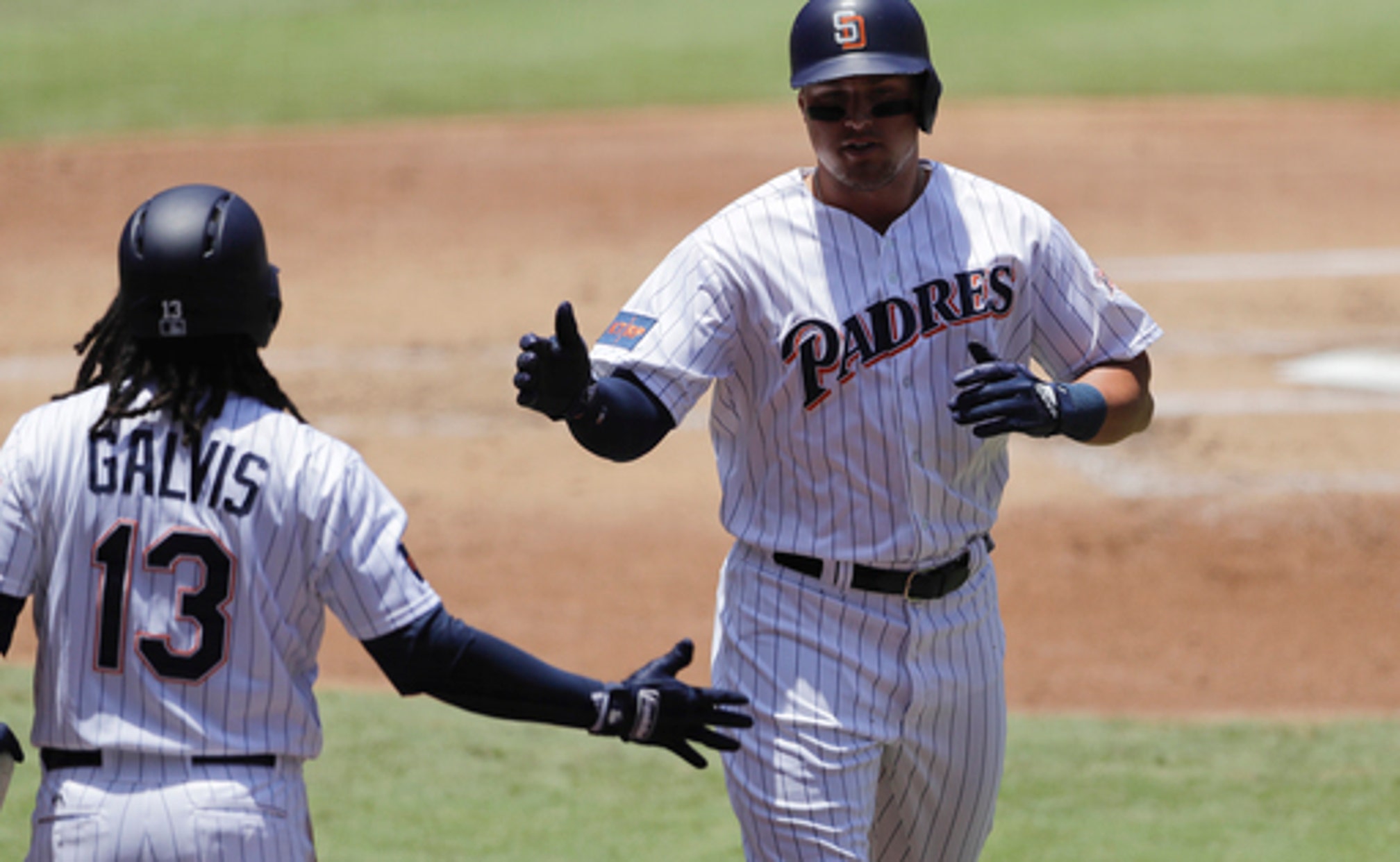 SAN DIEGO (AP) Johnny Wholestaff did a tremendous job for the San Diego Padres against the Atlanta Braves on Wednesday.

Wholestaff, of course, is a reference to when a team needs to tap its bullpen to get through all 27 outs. Matt Strahm and four fellow relievers came through by holding the Braves to four hits in a 3-1 victory.

''They were outstanding. All of them were great,'' said manager Andy Green, who turned to a bullpen game for the second time in 11 games because rookie left-hander Joey Lucchesi remains on the disabled list. The other time was a 6-1 loss at the Los Angeles Dodgers on May 27, also started by Strahm.

''As an offense we've done a good job of taking notice that that's the strength of our team, especially late in games there,'' Eric Hosmer said. ''If we can just continue to add on to leads and play for one run late there, it'll be good for us.''

Strahm went 2 1/3 innings, allowing one run and two hits while striking out two and walking one. He gave up Freddie Freeman's home run with two outs in the first, his 11th.

Rookie lefty Jose Castillo (1-0) allowed one hit and struck out two in 1 2/3 innings. Adam Cimber struck out the side in the fifth. Kirby Yates walked two in two hitless innings.

Closer Brad Hand came on for the eighth and allowed a leadoff double to Ozzie Albies before striking out Dansby Swanson, Freeman and Nick Markakis. Hand then retired the side in the ninth for his 18th save.

The Padres acquired Strahm from Kansas City last year while the lefty was still recovering from surgery on his torn left patellar tendon. Green said there's value to opening a game with Strahm because the manager sees him as a potential starter.

''It's not just punting to a bullpen day when you have him. He was great all the way through,'' Green said.

''Obviously, it was a good day for the bullpen,'' Strahm said. ''Whenever Andy wants us to do it, we're more than willing to. ... Andy told me to go out there and be aggressive until he came and got me, and that was when he came and got me.''

The Padres took two of three from the Braves, who dropped percentage points behind Washington atop the NL East standings.

The Padres went 7-3 on a homestand against Miami and Cincinnati - the NL's other last-place teams - and the Braves.

''They're a great ball team right now and they've been playing great baseball and so have we, and it shows us where we stand,'' Strahm said.

Facing a team going the bullpen day route is ''definitely not normal,'' Freeman said. ''You get into a rhythm and you know you're going to face someone at least two, three times. It kind of worked for them today, but as hitters it's tough to get into a groove.

''Yates' split-finger can neutralize lefties. Obviously, Brad Hand can neutralize anybody. They had some good arms come in today and shut us down,'' Freeman said.

''We just couldn't do enough offensively. Foltsy did a good job of keeping the game there for us and giving us a chance.''

The Padres got all the runs they needed in the second against Mike Foltynewicz (5-4). Hunter Renfroe hit a leadoff single and scored on Cory Spangenberg's triple to the gap in right-center. Manuel Margot's one-out single to right brought in Spangenberg, an infielder who pitched the ninth in Tuesday night's 14-1 loss. The Padres loaded the bases with two outs before Eric Hosmer struck out.

Freddy Galvis squeezed in a run in the eighth.

''I kind of stayed aggressive in the second inning; just left one bad slider over the plate, kind of gave a little spark for them and they put the ball in play when they needed to and did their job,'' he said.

Foltynewicz understood how challenging it was for the Braves' hitters.

''They're not seeing guys two or three times through the order. You can't get a groove in a game like that when they're bringing in a bunch of good arms like that. Tip of the hat to them,'' Foltynewicz said.

Braves: RHP Brandon McCarthy (5-2, 4.83) is scheduled to start the opener of a three-game series at the Dodgers on Friday night.

Padres: LHP Eric Lauer (2-3, 6.82) is scheduled to start the opener of a three-game series at Miami on Friday night. Lauer lost to the Marlins 7-2 on May 28 before beating the Reds 8-2 on Saturday.