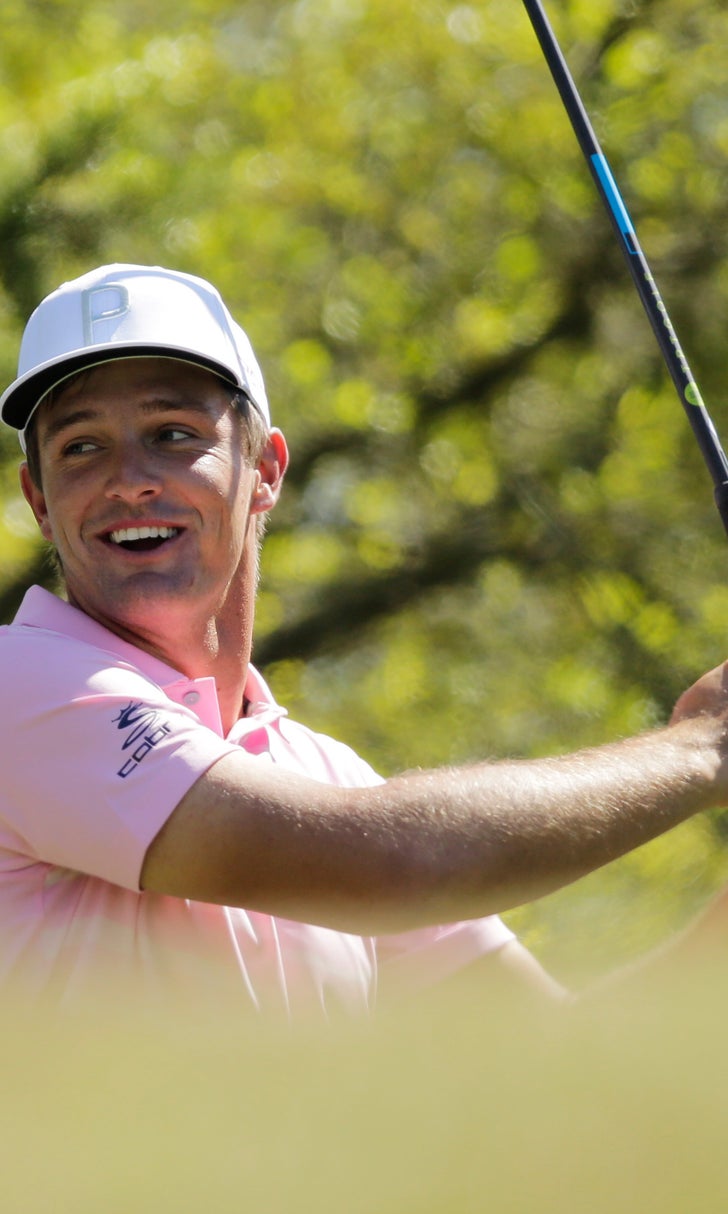 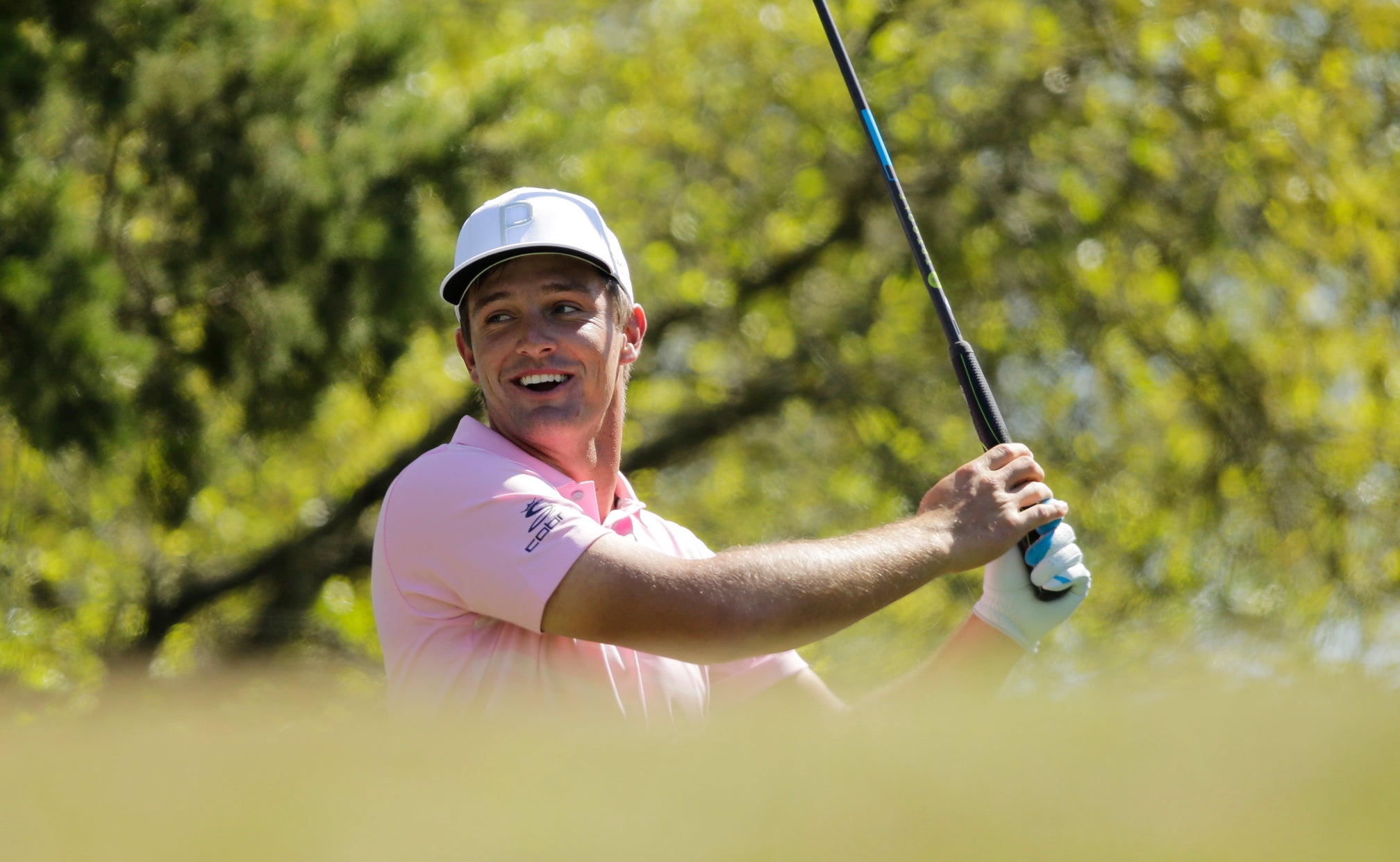 AUGUSTA, Ga. (AP) — Bryson DeChambeau seemed about as excited as a mad scientist gets as Masters week kicked off, which meant he stopped just short of jumping for joy.

Not to worry. The jump might come Sunday for DeChambeau, assuming the planets align, the morning dew on the golf ball is at proper levels and putts don't bounce off the flagstick.

If not, well, all bets are off.

Golf's most noted iconoclast — the only one in the field with irons that are all the same length — tees off in his third Masters not only with visions of a green jacket but a legitimate chance of being in the mix late Sunday afternoon.

And why not? DeChambeau has won five times in the past year, rising from 62nd in the world golf rankings to sixth while building a reputation as both a crafty calculator and steely closer.

Not only that, he discovered something last week — just what he won't say — that might make him just as effective with his short wedges as he has been with the rest of his game.

"I've had some disadvantages with a couple of the irons I've had for a little bit," DeChambeau said. "And just being able to practice and getting comfortable and seeing the ball flights come out the proper way for the first time ever in my life is pretty cool."

He's called the mad scientist for a reason. DeChambeau's swing is a study in the science of single plane, he plays irons that are all the same length so everything can be repeatable, and he studies contours in greens like they were clues to where the late union leader Jimmy Hoffa is buried.

What he would like to be called is Masters champion. And that's why he was working last week with new wedges — still the same length as his other irons — in search of a breakthrough that might trim a shot or two off at Augusta National.

"I've been fortunate to win a lot of tournaments using the equipment that I've had so far and it's been great," DeChambeau said. "But there's always that little bit of room for improvement. So we've been working quite heavily this past week in trying to figure out some things that could give me an advantage this week."

What may not be an advantage for DeChambeau is that there's no green mapping book for players at the Masters. Instead of staring at diagrams of contours on a green to see how a putt breaks, he'll have to rely on looking at the contours themselves.

But he's got a plan for that, too, just like he has a plan for most things in his golf career.

"I have to practice a lot more hitting breaking putts because I can't just bring out my compass and go, oh, it's 3 percent and here it is," DeChambeau said. "I have to look at and walk around and go, 'OK, I'm acclimated to 3 percent.'"

If the calculations are all a bit too much to understand, don't worry. Arnold Palmer would have been confused, too, and he won four green jackets.

Technology, though, is the new wave in golf, and DeChambeau is its leader in the clubhouse. He uses words in conversation that are heard more often in physics classes than golf courses and talks about scientific advances in golf like other players might be discussing the latest in movies.

That includes spending more time than usual this week figuring out exactly what moisture on the clubface will do at Augusta National, where rain is forecast during the week. To make sure he's doing it right, DeChambeau sprays balls on the practice range with salt water to see how they react.

It may be too much information for casual golf fans, or even many of DeChambeau's fellow pros. No one else has really embraced his thoughts on swing plane and single length irons, but DeChambeau says he hopes some children taking up the game try and adopt it.

For now, the 25-year-old is focused on his wedges and the greens at Augusta National. He first came here as an amateur in 2016 and thought he had a chance at winning before hitting it into the bushes on 18 on his second day, and only broke par one round last year before finishing in a tie for 38th.

Whatever happens, one thing is for sure.

If DeChambeau doesn't win, he can't just blame it on bad luck.