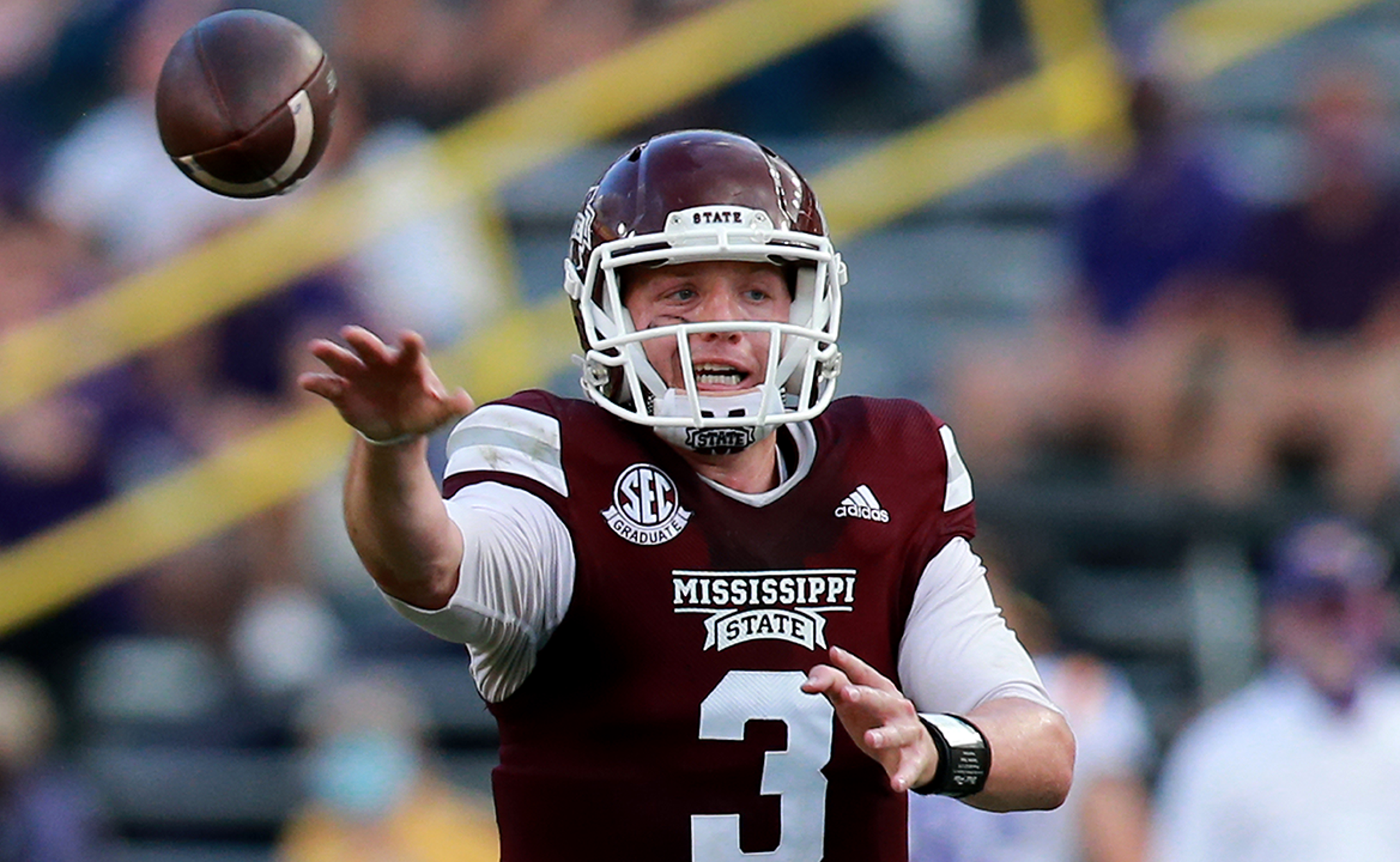 If there is one thing the SEC is known for, it's elite defenses. Mississippi State quarterback K.J. Costello didn't get the memo.

Costello introduced himself to the SEC in a major way with a record breaking performance on Saturday, as the conference made its return to play.

The defending national champion and sixth ranked LSU Tigers got a proper introduction to Costello's magic, falling 44-34 to Mississippi St. in a game in which their All-American sophomore cornerback Derek Stingley Jr. didn't play.

But the loss of Stingley ultimately might not have mattered for the Tigers, considering that three different Mississippi St., receivers crossed the 100-yard threshold.

The records fell early and often for the Stanford transfer Costello on Saturday.

For Costello, this is by far the most prolific game of his career.

His previous career-high for passing yards in a game was 347 in 2018 in a 27-23 loss to at the University of Washington.

For Mississippi St., this was a welcome sign of potentially things to come from their new quarterback.

With a dominant performance like this, America has been put on notice.

Here are some reactions to Costello's record-breaking performance on social media.