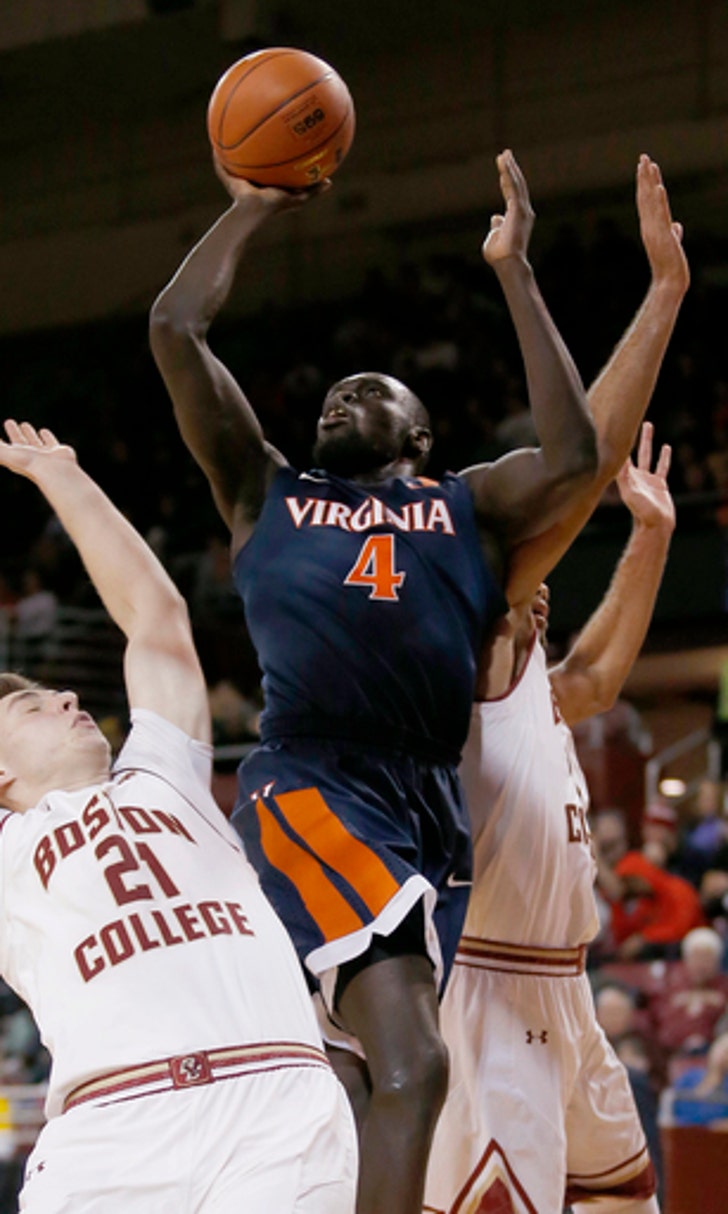 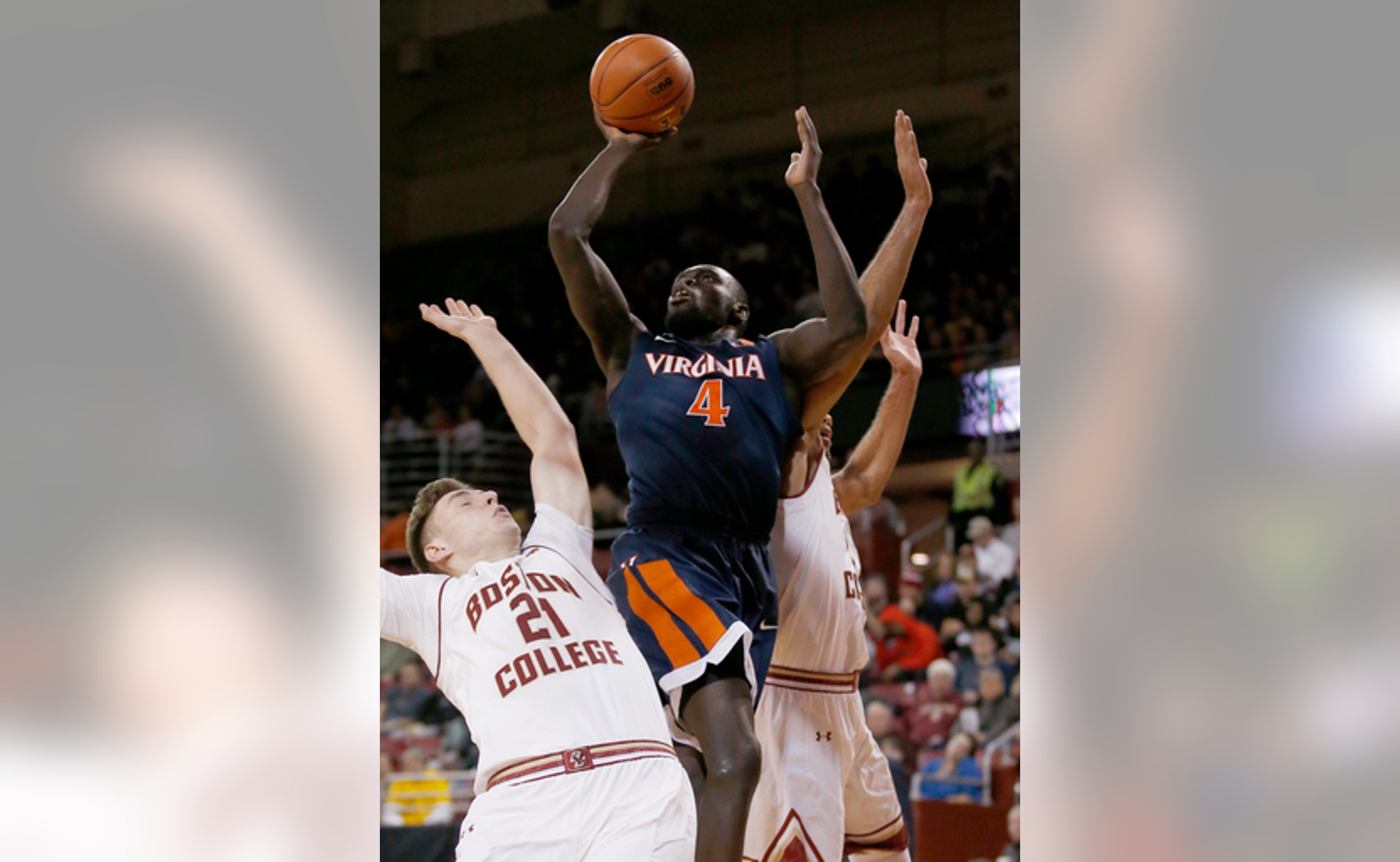 It only seemed like they were all on the court at the same time.

Playing only 25 minutes apiece, Devon Hall scored 13 points and Isaiah Wilkins had 11 points and nine rebounds to help No. 16 Virginia beat Boston College 71-54 on Wednesday night. The Cavaliers' bench pitched in with 33 points.

''We're really deep. Ten guys,'' Hall said. ''You play as hard as possible for every possession you're in because you've got guys coming in who can do the job.''

Darius Thompson scored 10 points off the bench, reserve Kyle Guy added eight more and Ty Jerome had five points and five assists. Three of the top five Cavaliers in minutes played and two of the top five in plus-minus were reserves as Virginia (14-3, 4-2 Atlantic Coast Conference) beat BC for the fourth straight time.

Virginia scored the first six points of the game and then, with Bennett subbing out the starters liberally, scored 15 straight points later in the first half to turn an 8-8 tie into a double-digit lead it never relinquished.

The Cavaliers added a 9-2 run at the end of the first half and, after going without a basket for the first 5 minutes of the second, rattled off 14 of 16 points to clinch it.

''That's the one thing that bothered me,'' BC coach Jim Christian said. ''I didn't think that we came out to play Virginia, a ranked team, with the energy and emotion that you need to play them.''

Virginia: The early blowout allowed the starters to rest before next week's games against No. 15 Notre Dame and No. 1 Villanova.

After losing consecutive games to No. 20 Florida State and Pittsburgh, the Cavaliers fell to No. 16 after residing in the top 15 for 54 consecutive polls. They have a little breather before finishing off the month against the Fighting Irish and the Wildcats.

Bennett harped on the team's improvement over its last game. The Cavaliers beat Clemson 77-73, but they had 16 turnovers and gave up 42 points in the paint.

Jerome said at the next practice after Sunday's game, Bennett spent the first 5-10 minutes just working on inbounding the ball - a particular problem against the Tigers.

''Coach always talks about eliminating losing before you can win,'' Jerome said.

Virginia had just five turnovers against BC, and 22 assists on 27 baskets.

Christian said guard Jerome Robinson, the team's leading scorer with a 20-point average, got hit in the jaw and was complaining about his vision. He finished with nine points on 4-of-14 shooting, just the third time this season he was held in single digits.

''I'm not making any excuse for him. I was more concerned with his defense,'' Christian said.'' He'll come out of it. He's a good player.''

College Basketball
share story
those were the latest stories
Want to see more?
View All Stories
Fox Sports™ and © 2020 Fox Media LLC and Fox Sports Interactive Media, LLC. All rights reserved. Use of this website (including any and all parts and components) constitutes your acceptance of these Terms of Use and Updated Privacy Policy. Advertising Choices. Do Not Sell my Personal Info