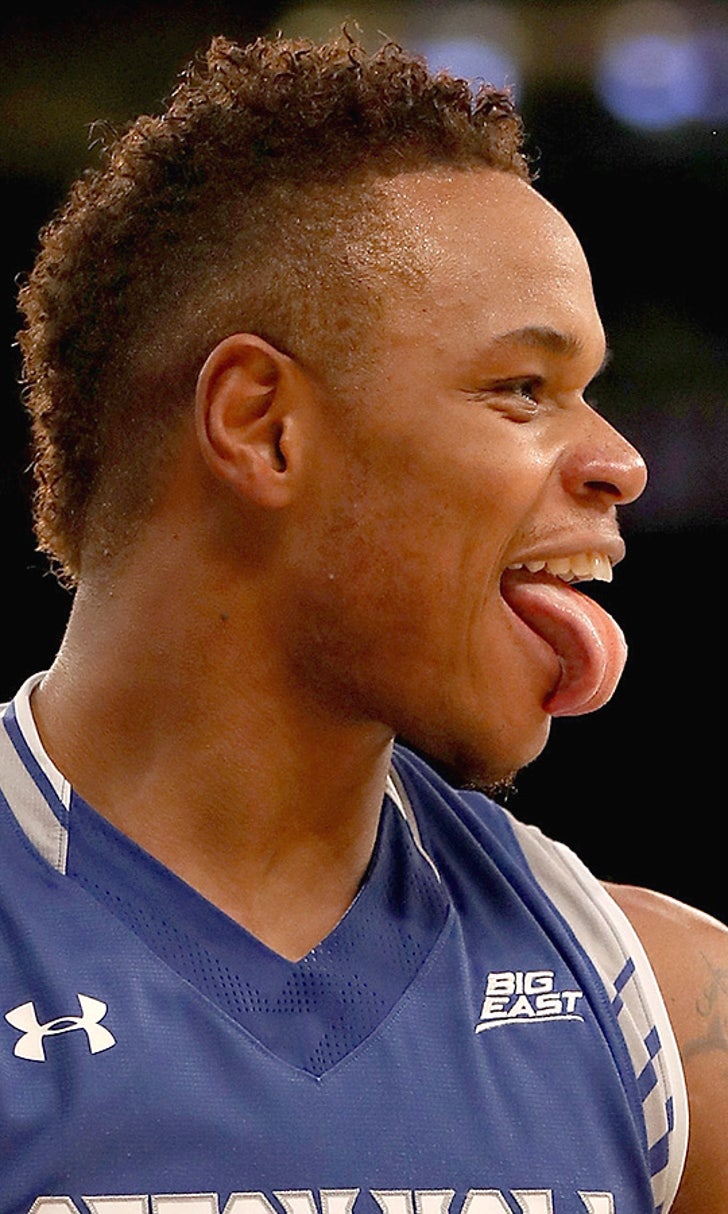 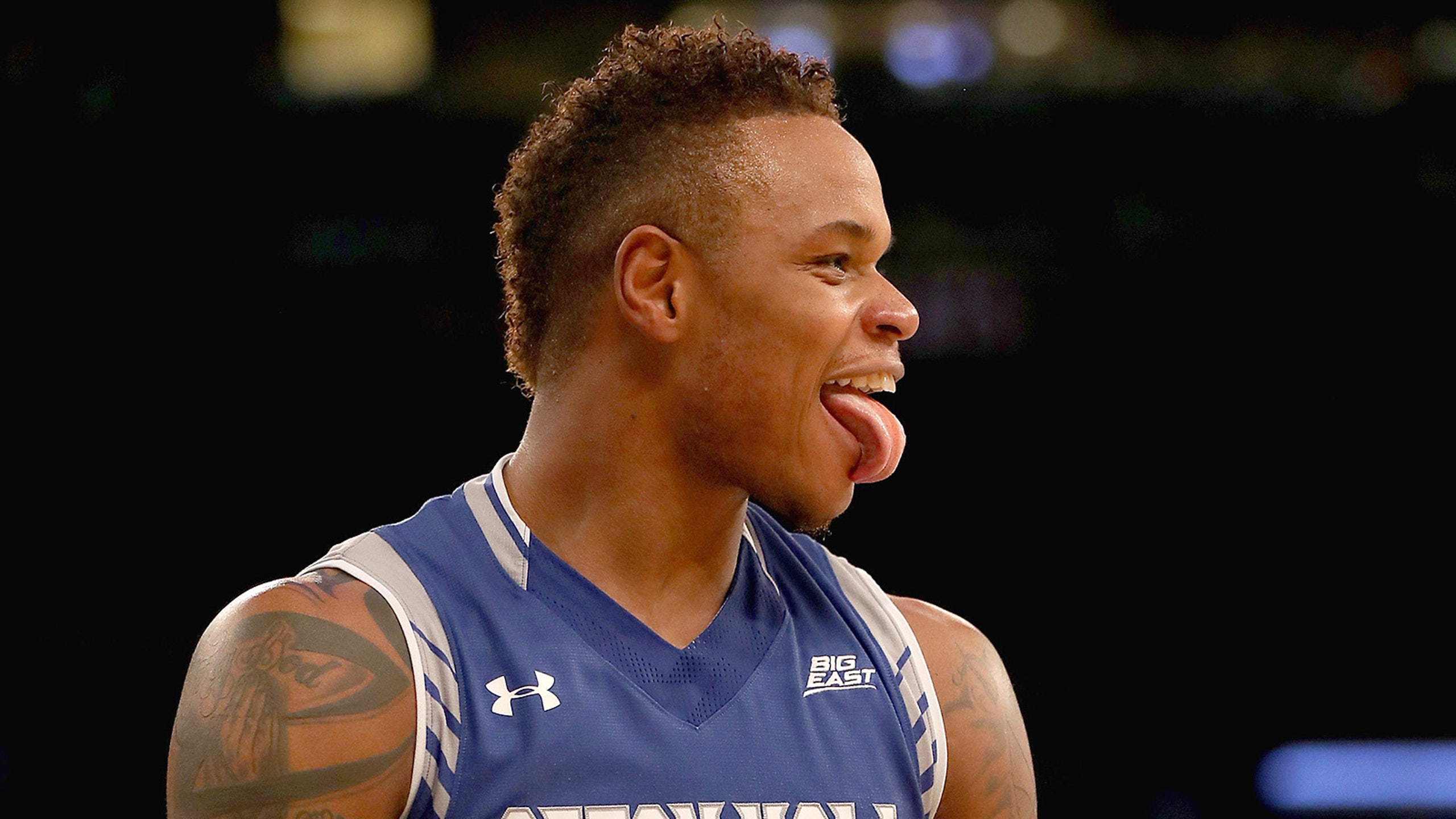 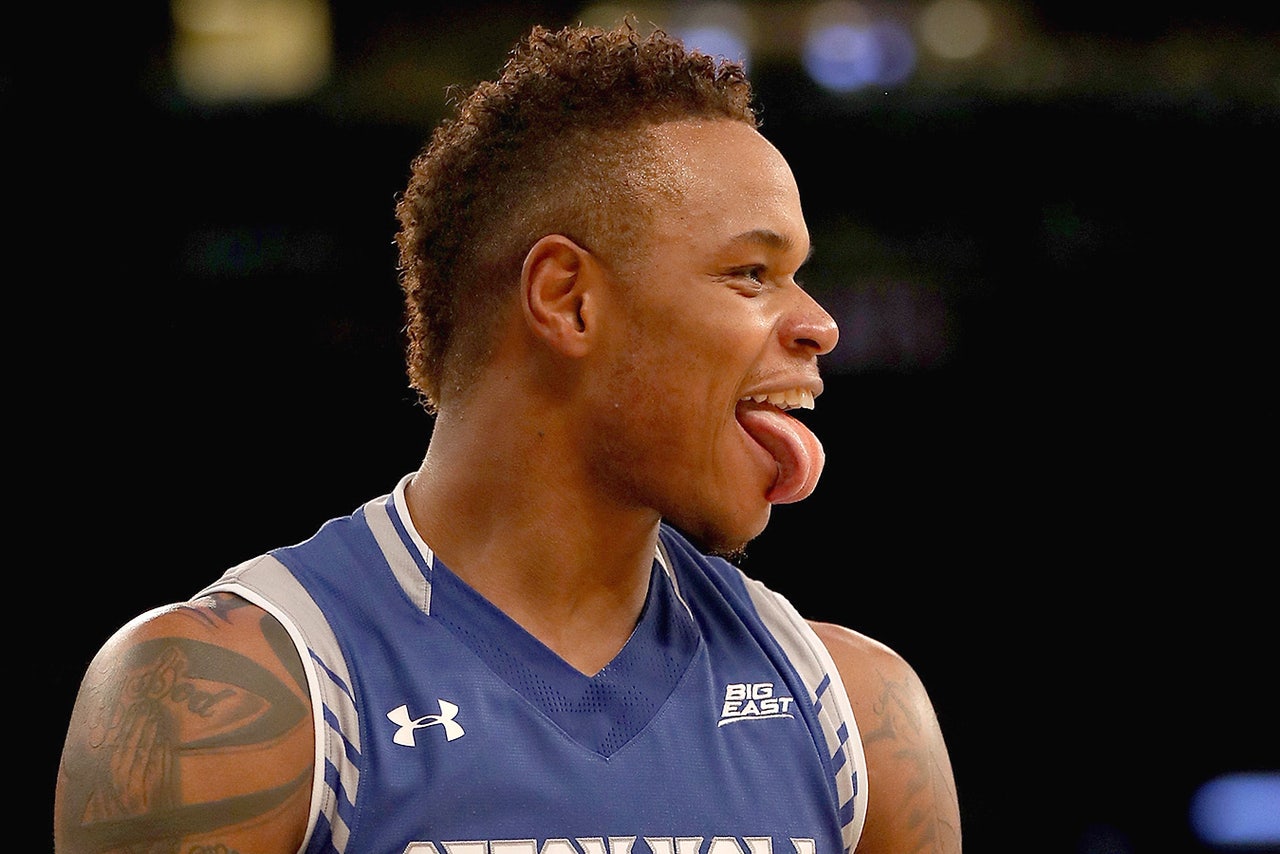 NEW YORK CITY -- Derrick Gordon stood in the middle of the court at Madison Square Garden on Saturday night, surrounded by hundreds of exuberant Seton Hall fans but still very much part of his own solitary moment. He cradled the Big East tournament trophy that had just been presented to this team -- to his team, as the sole senior on a team filled with underclassmen -- and he would not let go.

Head coach Kevin Willard was jetting around the court, beads of sweat covering every inch of his bald head, hugging every person he could find. Sophomore point guard Isaiah Whitehead was holding the Dave Gavitt Trophy that's given to the Big East tournament's most outstanding player while he did interviews about how special this achievement is for a team with seven players from New York and New Jersey. Michael Nzei, a reserve sophomore forward, climbed up a ladder, snipped off a piece of the net, and put it in his mouth while he posed for a photo. 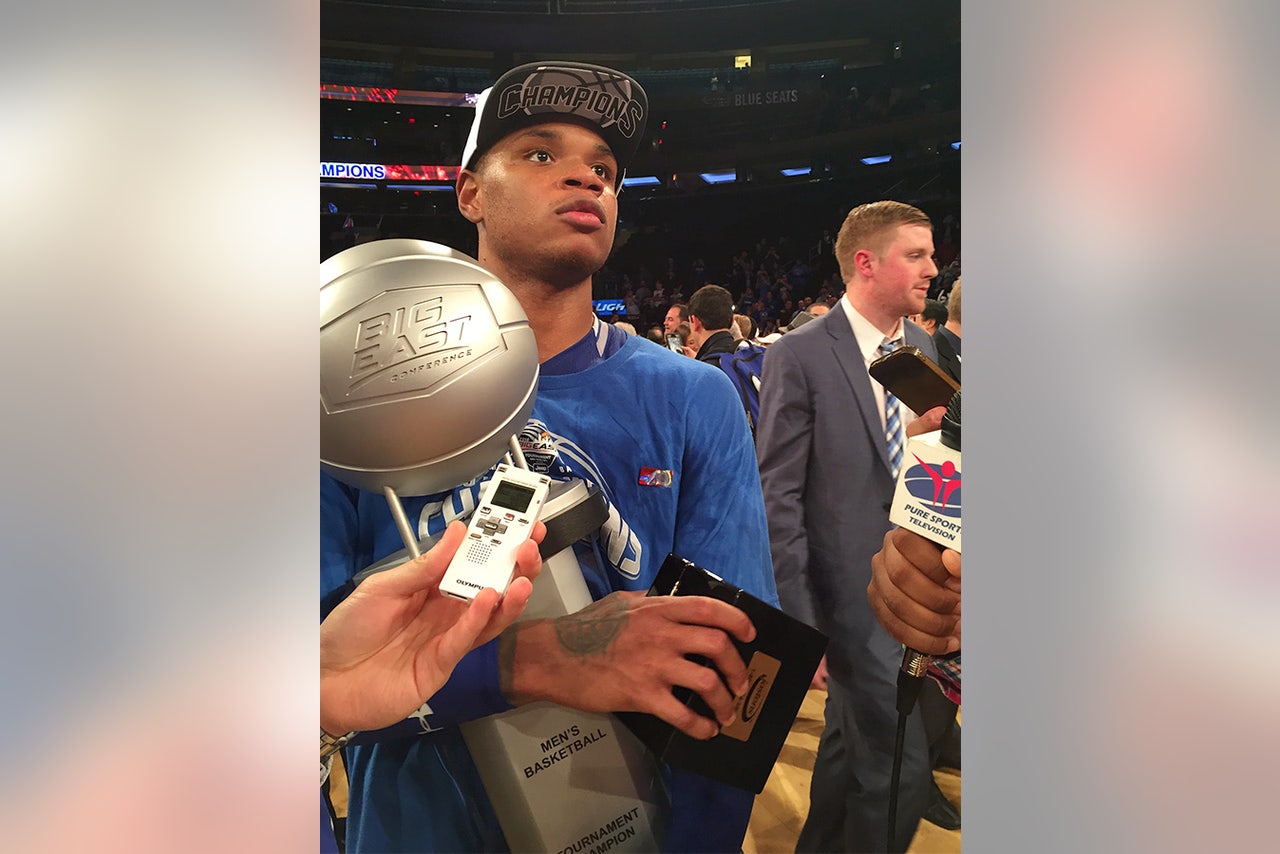 But there stood Gordon, a man in his own moment, holding the trophy he'd helped bring Seton Hall for the first time since 1993.

Gordon is not the star of this Seton Hall team; heck, he's not even a star-ter. The stars are in that heralded sophomore class: Whitehead, who delivered 26 cocksure points to Seton Hall's 69-67 victory; Angel Delgado, the team's leading rebounder and strongest post presence; and Khadeen Carrington, who scored a combined 55 points in three Big East tournament games. The graduate transfer is something else entirely: The only player on the roster who had been born when Seton Hall last won a Big East tournament championship. The glue that Willard brought in to seal together what had been a young, emotional and at times dysfunctional team the year before. The 23-year-old lockdown perimeter defender who will now become the first player to play in an NCAA tournament with three different programs (Western Kentucky, UMass and now Seton Hall).

Which, to Gordon and to his coach, to his teammates and to his fans, is as historic as it is completely beside the point. 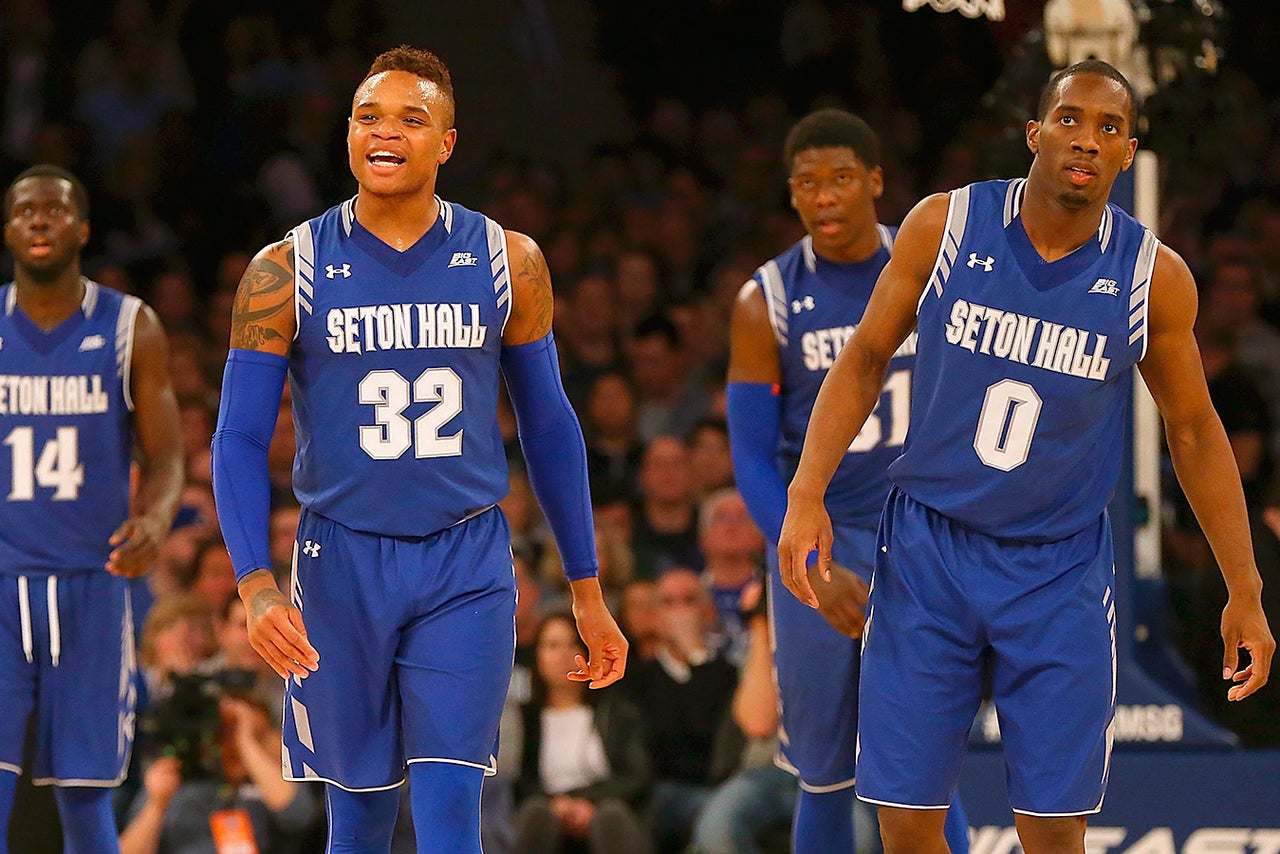 On a team full of sophomore stars, Derrick Gordon (No. 32) has brought the maturity to get Seton Hall through hard times.

"He's so mature," Willard said. "He's been through a lot and he's matured a lot. He's really a calming presence for a group that is at times extremely emotional. He has been through it. This is his third NCAA tournament. It just kind of tells you what type of player and more importantly what type of person he is."

Gordon's numbers this season have not been particularly distinguished. He came off the bench to average 7.9 points, 3.3 rebounds, 1.8 assists and one steal in 23.6 minutes. Statistically, he's been a contributor but nowhere near a central piece. On Saturday, Gordon played 25 minutes, scored 10 points, grabbed three rebounds, brilliantly blocked one shot and made two clutch threes.

But in ways that can't be measured by numbers, Gordon has been the key difference between a team that collapsed last year and a team that won the Big East tournament this year: The experience that comes with five years in college basketball. The non-stop hustle to do things like pin a Josh Hart layup against the backboard on a second-half runout. The leadership that it takes to go into his team's huddle as Villanova was surging in that second half and say, simply, "We're not losing this game -- we've been in this situation before."

"He's just been such a rock for this team," Seton Hall athletic director Patrick Lyons said as the trophy was being presented on the Madison Square Garden court. "His leadership, who he is and what he stands for. He's exactly what we needed this year." 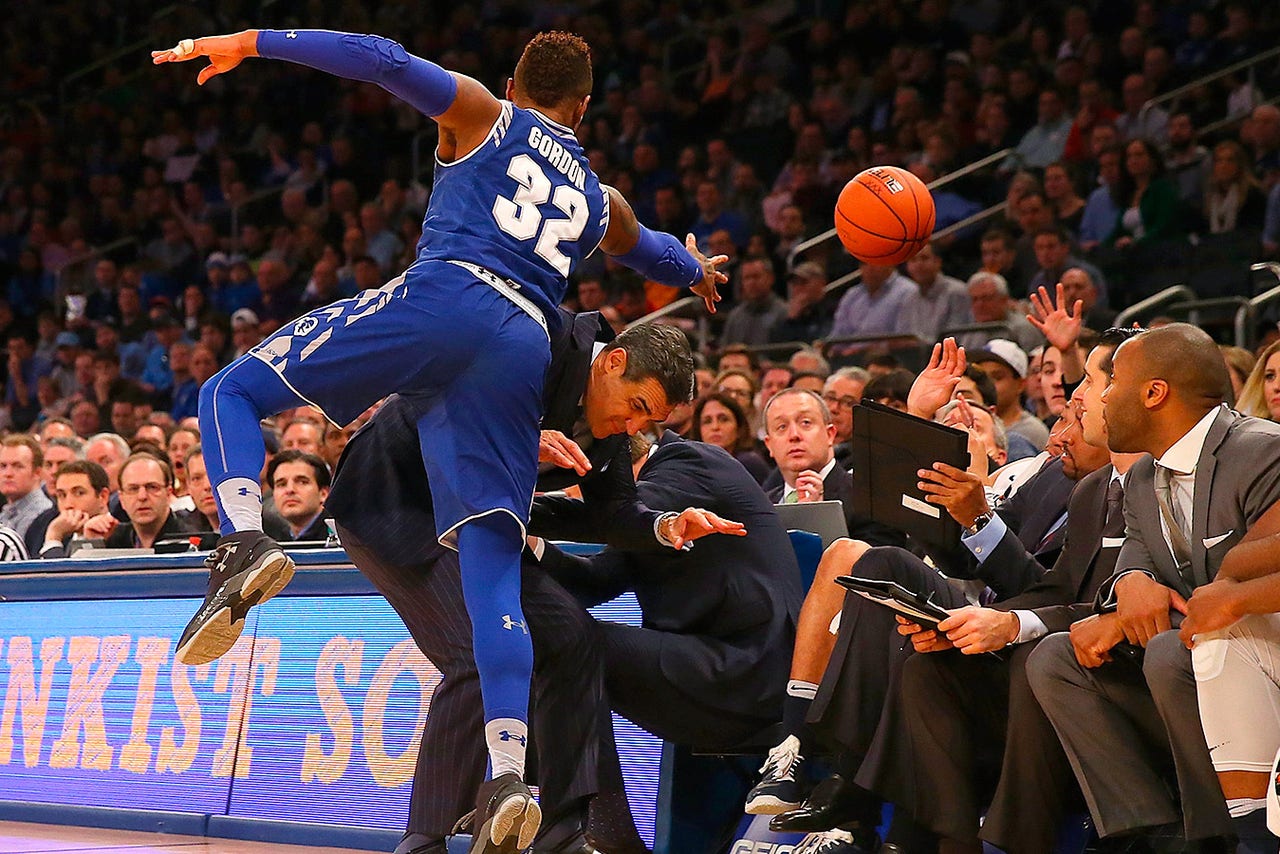 It may seem odd to bring up Gordon's other-ness in an age when gay rights are flourishing nationwide. Yet in many ways, sports is the final frontier. Gordon will be the first openly gay player to play in the NCAA tournament next week. Since he came out two years ago, no other college basketball players have followed his lead.

The most notable part of Gordon's story, though, is exactly how much of a non-story it has been for this team. He's mostly stayed away from publicity since coming out, preferring to focus on basketball. He's not the "distraction" that dumb people used to intimate an openly gay player would be in a locker room. Instead, he's just one of the guys, playing Call of Duty and NBA2K at Delgado's place, grabbing meals together, working out. His teammates talk about him like he's pretty much the opposite of a distraction: "He's like an older brother," said sophomore wing Ismael Sanogo. "He's there to calm us down in troubling times. When the game is getting out of hand, he comes in and calms us down. Not even on the court (but) off the court and in the locker room, he has an older-brother presence that seems to calm us down."

In the locker room afterward, Seton Hall players had tied pieces of the cut-down nets to their championship hats. Gordon sat in a folding chair, speaking to a television reporter. In his arms was the tournament trophy. Derrick Gordon still wasn't letting go.