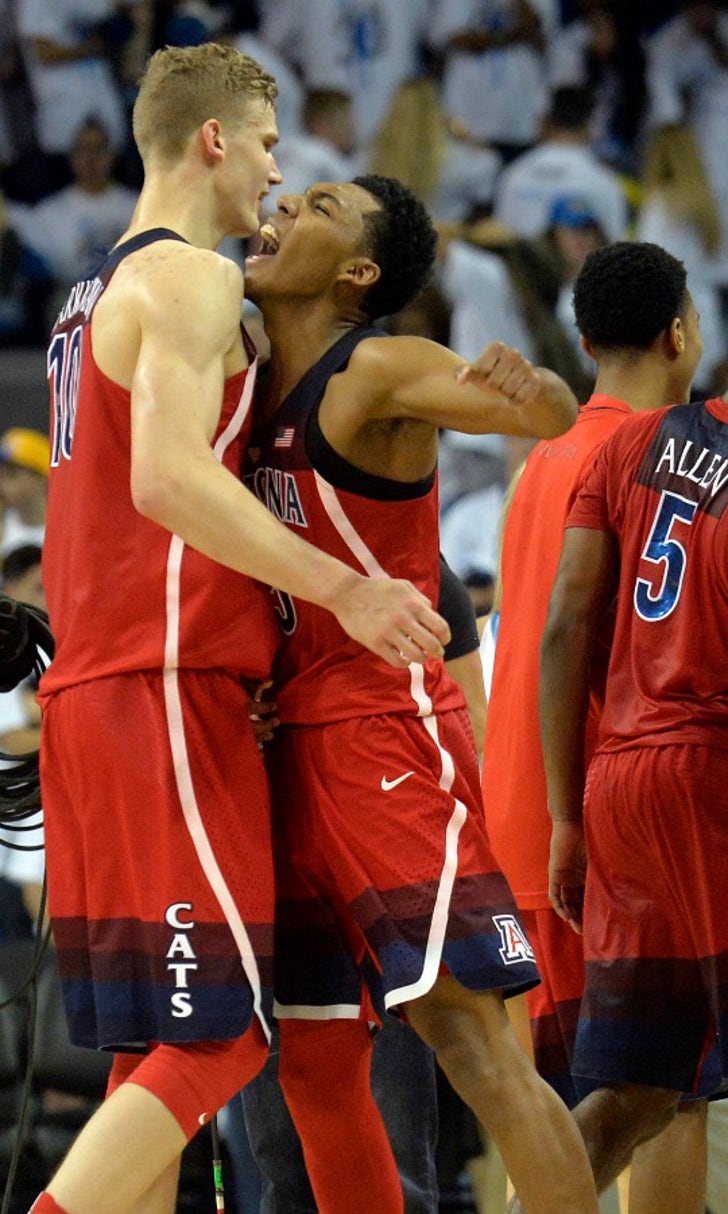 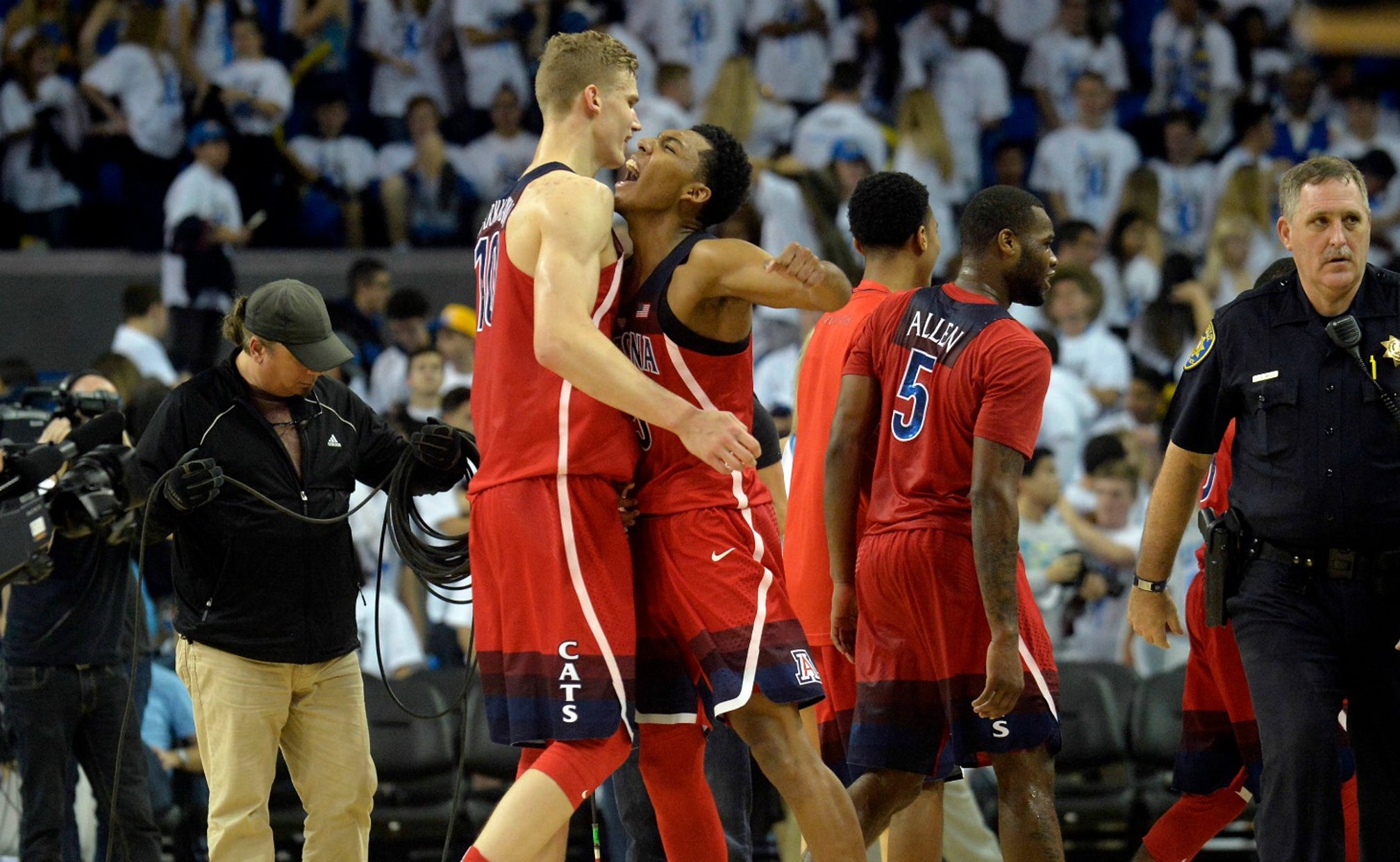 Arizona makes a resounding statement with win at UCLA 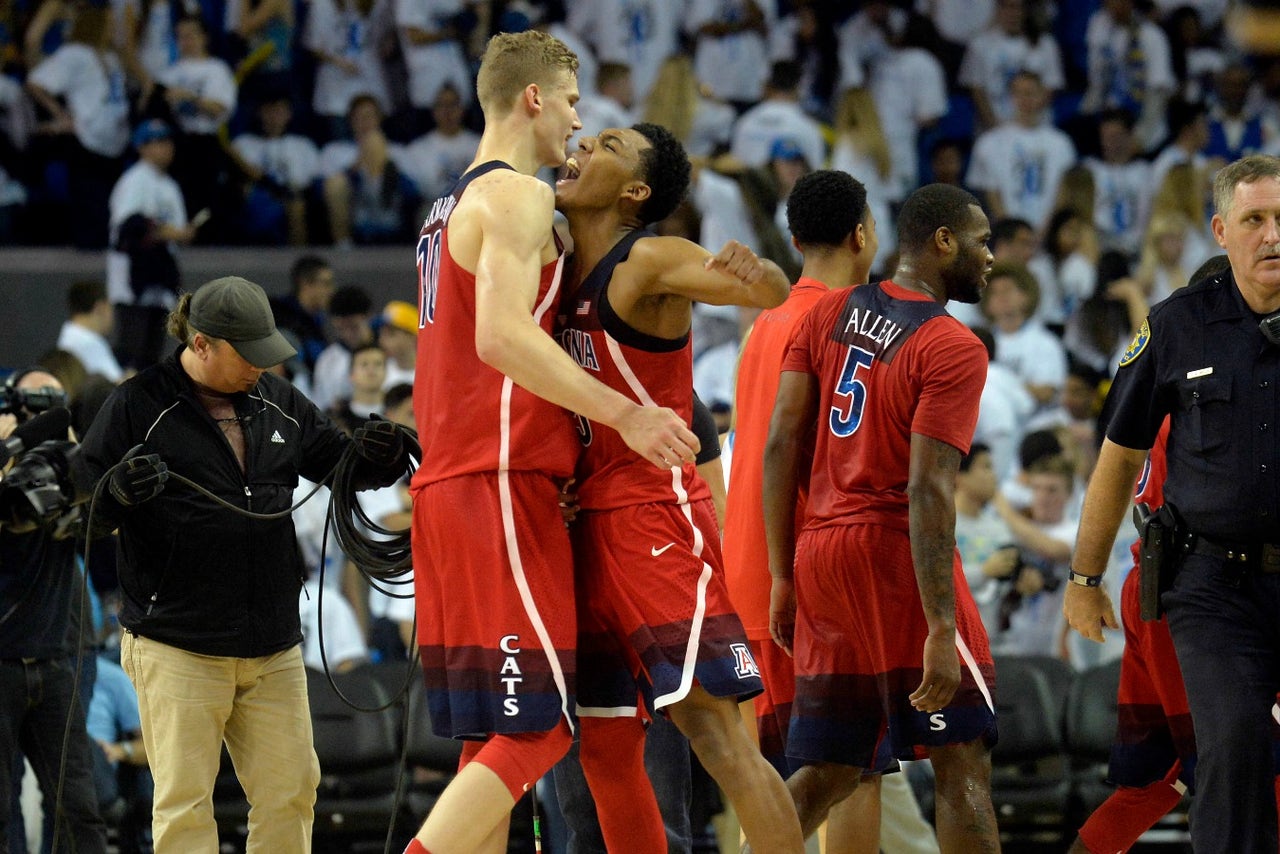 LOS ANGELES — The matchup wasn’t supposed to go this way. This was supposed to be UCLA’s coronation in the City of Angels: A big win in front of a national TV audience, in the most important home game the Bruins had played in years. It was an afternoon where students lined up early by the thousands to get in (with many turned away) and celebrities like Pro Football Hall of Famer Cris Carter and Baseball Hall of Famer Dave Winfield sat courtside. Kareem Abdul-Jabbar was honored at halftime after receiving his Presidential Medal of Freedom.

But with under a minute left Saturday, Arizona's Parker Jackson-Cartwright drove toward the basket and put up an off-balance lay-up. It missed, but Lauri Markkanen was there to slam it home ... and got slapped on the wrist. Pauley Pavilion — which had been deafening seconds before — fell quiet.

Markkanen went to the line and added a free throw, putting the finishing touches on the Wildcats' emphatic 96-85 victory over the No. 3-ranked Bruins.

This game was supposed to be everything UCLA basketball has become this season. Only the Wildcats ruined the party. 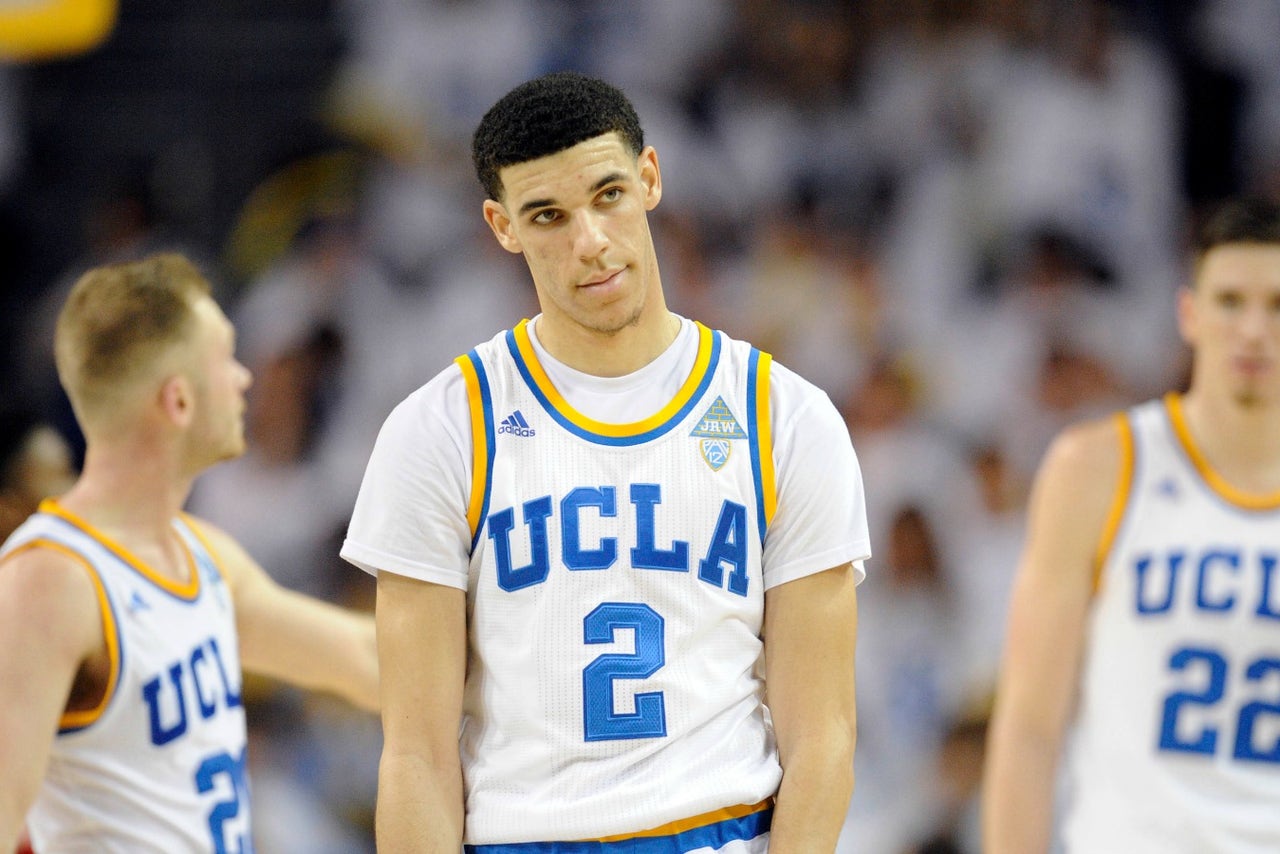 The win was Arizona's 12th straight, and kept them atop the Pac-12 standings at 7-0. After a hot start from the Bruins, the Wildcats took the lead at 32-29, and never gave it back. A coast-to-coast layup by Allonzo Trier — in his first game back after a PED suspension — put the Wildcats up 48-37 going into the break. And every time UCLA made a run in the second half, Arizona had an answer, none more emphatic than the Markkanen dunk.

“We had a great week of practice and a great week to get our confidence,” freshman guard Kobi Simmons said. “We just play like we do. We do what we do.”

The Wildcats won virtually every meaningful statistical battle on both ends of the court. Their 96 points were a season-high, and on defense Arizona held UCLA — who entered the day shooting a nation-leading 44 percent from beyond the arc — to 10 of 31 shooting from 3. The Wildcats out-rebounded the Bruins (19-2, 6-2) by nine and also made 19 of 21 from the free-throw line.

So why aren’t more folks talking about the Wildcats as one of the best teams in college hoops? 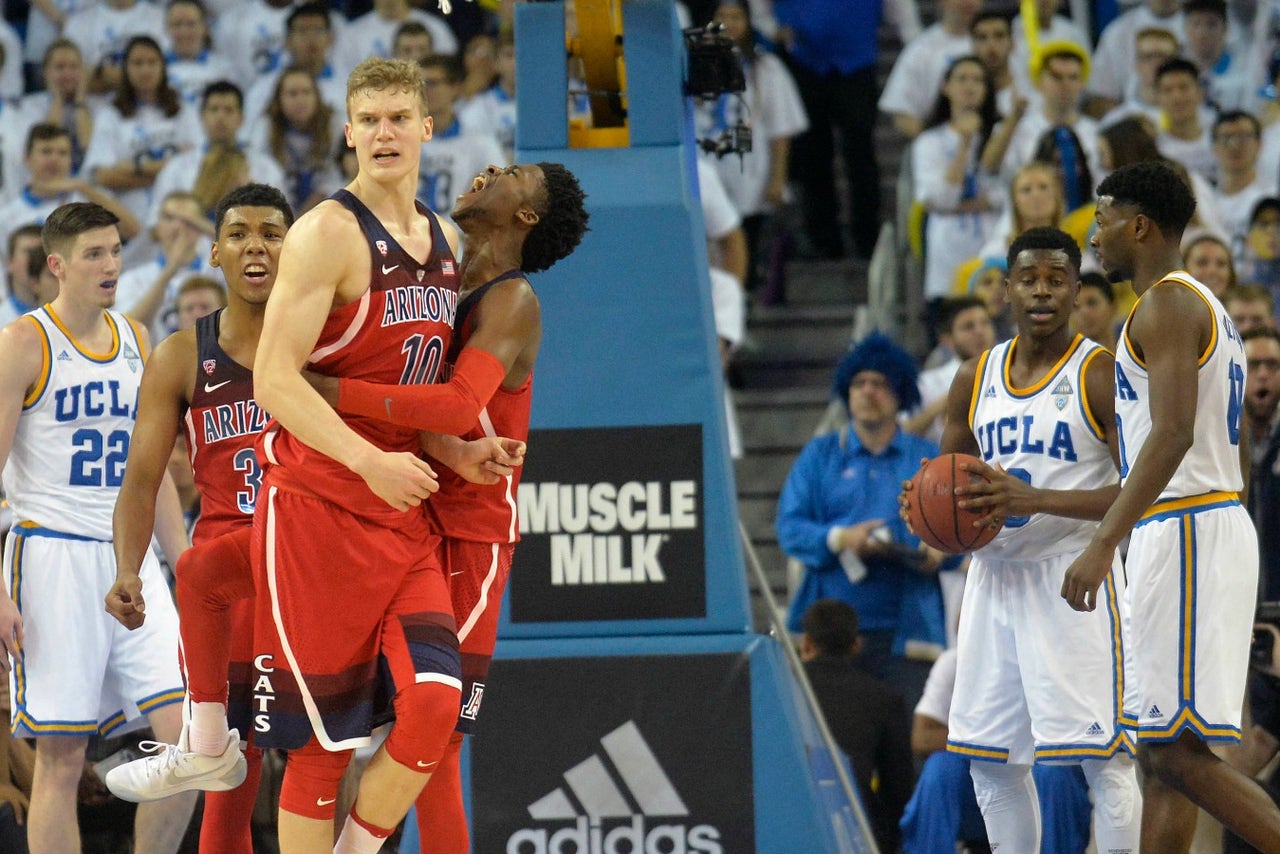 Arizona is riding a 12-game win streak, and just swept through the toughest road trip in the Pac-12, winning at USC on Thursday before doubling down against UCLA. The Wildcats' last loss was to some school named Gonzaga, which remains the only undefeated team in college basketball.

What might be more impressive is how they stopped the Bruins. Arizona has always been known for its defense, and this year is no different: The Wildcats rank in the top 30 nationally in both field-goal percentage defense and points allowed.

On the other end, this marked the third time in Pac-12 play that the Wildcats topped 90 points. If Arizona can add this kind of offense to the defense they already play, that could be majorly scary for the rest of college hoops.

What might be even more scary is the Wildcats are just starting to reach their potential. Three of their top four scorers are freshmen (Markkanen, Rawle Alkins and Simmons), and they just got Trier back after a lengthy suspension. Trier had 12 points in his season debut, and should only get better.

Most of the conversation in college hoops has been centered around Villanova, Kentucky, Kansas and UCLA. It’s time to include the Wildcats in the mix.