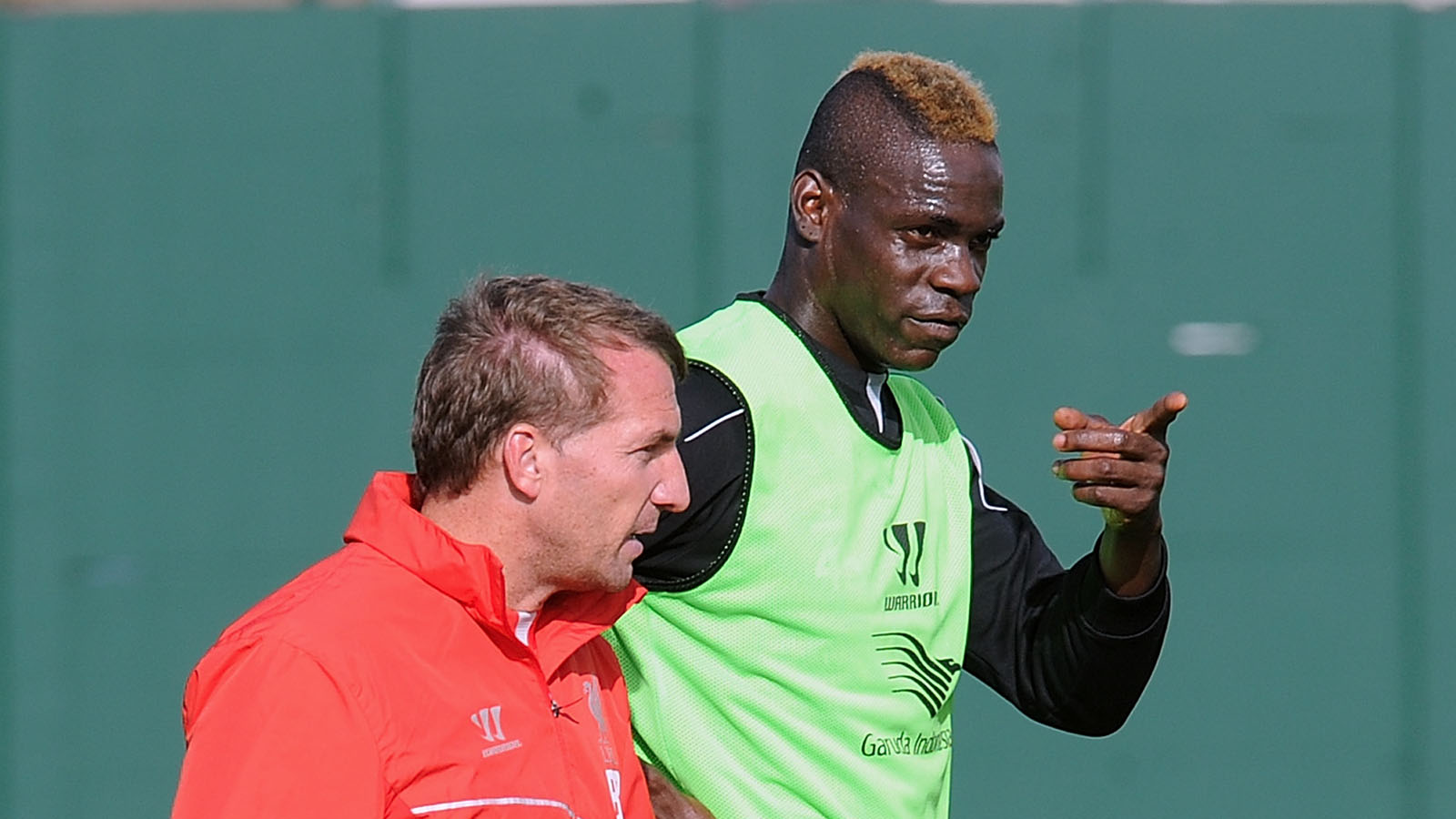 Brendan Rodgers (left) insists Mario Balotelli has a future at the club.

Brendan Rodgers has told Mario Balotelli he can still become a first-team regular at Liverpool.

The £16m striker is yet to score in the Premier League for Liverpool and did not even make the bench for Saturday’s FA Cup tie against Bolton, prompting speculation his chances of making it at Anfield have already passed.

But Rodgers says he would never write off any player for good and has challenged Balotelli to force his way back in.

"We’ll give Mario every chance," he said. "We brought him here this season to give him every chance to show he can play consistently at the top in a team at this level.

"It has been a difficult period for him, but he’s a good boy who wants to fight for his opportunity here. I’ve seen some clippings this morning saying that’s him over with, and it’s not the case at all.

Balotelli’s path to the starting line-up will be further blocked by the imminent return of Daniel Sturridge, who trained on Sunday after five months out with a thigh injury.

The England striker could make his comeback at Chelsea on Tuesday, when Liverpool take a 1-1 first-leg draw to London for the second leg of their League Cup semi-final.

Rodgers said: "He trained very, very well, and that was as comfortable as he’s looked. Even when he was coming back before (from a previous injury) he was bit tentative, but I thought he looked back to normal.

"We’ll see how he feels – if he’s not ready we won’t risk it. He’s been out a long time and we just need to make sure he’s ready and feels ready."