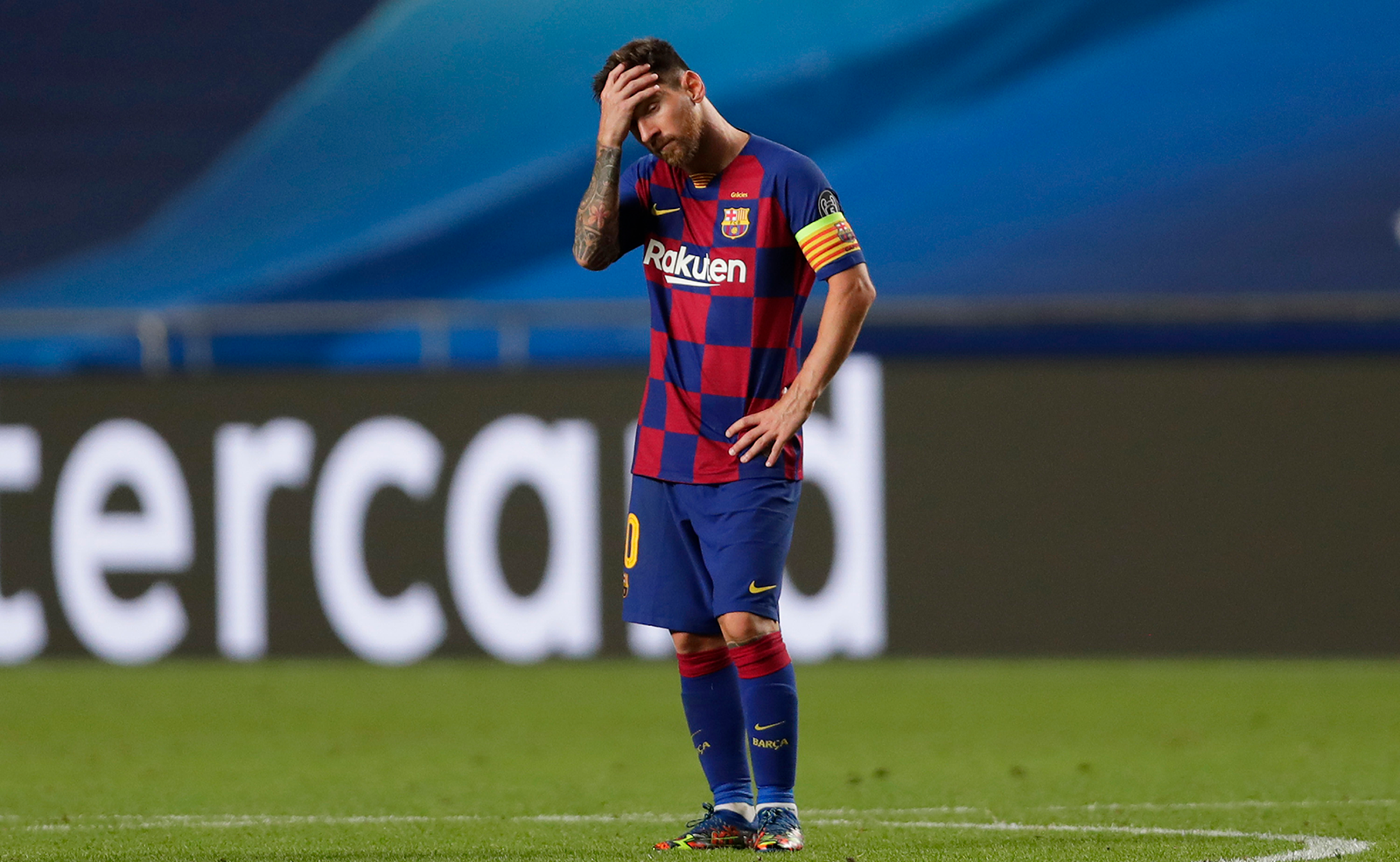 It is either one of soccer history’s mightiest power plays, or the precursor to the biggest free agent frenzy ever seen, or possibly even both. Yet however the extraordinary saga of Lionel Messi’s summer plays out, let’s never forget that it all started with something called a burofax.

That’s right, I had to look it up too. Apparently it is a secure method of official communication popular in Spain, essentially delivering the same outcome as a document that has been notarized and then sent by certified mail.

It actually sounds pretty cool and highly efficient, but let's cease our analysis of European methods of business document logistics and take a glimpse at what this all means for Messi, Barcelona and the salivating soccer public who want to know what happens next.

Let’s start with the headline. The best story in soccer has just kicked off. There will be no short resolution to this, no neat and tidy outcome. It is going to be a drawn out drama pitting Barcelona, a giant, global corporation that likes to position itself as an intimate, family club, and arguably the best player ever to lace up a pair of soccer cleats.

The ultimate winner, one way or another, is likely to be Messi, who will probably either get a massive lucrative move to a club offering a new challenge and the chance to win the Champions League that Barca has been unable to fulfil since 2015 - or a restructuring of Barcelona’s political base in a manner that he approves of.

Things have not been well between the Argentinean superstar and the team where he has played since he was 13 years old. The relationship between him and club president Josep Bartomeu has broken down entirely. The only possibility for Messi to stay is if Bartomeu goes, and even then maybe not.

“Whatever happens now, the relationship between the player and the club he has called home for almost 20 years is broken beyond repair, and the crisis deepening by the minute,” said The Guardian’s Sid Lowe. “Bartomeu, already under intense pressure, may now go down as the man who oversaw the last, bitter, sad departure of the most important player in the club’s history.”

And thus, at 33, Messi has either decided that he does want to pursue the rest of his career away from Catalonia or is at least prepared to push the issue to its most extreme point.

Formally requesting a transfer - that’s where the good old burofax came into play - is the ultimate sign of that and also rubber-stamped the certainty that this thing will become a legal minefield. For there is no arguing with a burofax, no claiming that the intention was not clear. Messi has done the equivalent of handwriting a note saying that he wants to leave, gotten a notary public to endorse it and had it dispatched by a legal courier.

It is a fascinating development and further proof that the two sides, Messi’s representatives and the Barca board, no longer have any semblance of trust for one another. In the city of Barcelona, preparations are already underway for his departure, with a series of club legends issuing public messages that boiled down to the same thing: “thanks for the memories.” And meanwhile, for a hot minute, “burofax” was a trending term on American search engines.

The lawyers are going to get busy because of the intricacy and the timing of how this is going down. Messi had a clause in his deal that allowed him to move away from the club on a free transfer at the end of the season. That’s where things are going to become fraught.

Because this was no typical season, in case you needed reminding. So while Barcelona will position that the forward had a deadline of the end of May to request and exercise that free agency caveat, Messi’s lawyers will state that with the campaign extended three months due to COVID-19, he did beat the deadline.

Legal jargon like this is often painfully dry and boring, but it feels much less so when it comes to a soccer transaction of such massive consequence. The legalese could truly decide everything, because if Messi doesn't have the right to leave for free, the set value to buy him for another team is an impossible $831 million.

They say no player is bigger than a club, but Messi is almost as much of an institution as Barceona is, and wherever he goes instantly becomes one of the most-watched teams on the planet.

Manchester City of the English Premier League would seem to be the likeliest suitor, given that they are both insanely rich and also have Messi’s friend and former coach Pep Guardiola in charge.

“For everything Manchester City’s owners have done to elevate the club to a position of prominence, signing Messi would be the ultimate coup,” Sky Sports News broadcaster Aidan Magee told me, via text message. “And, in some ways, the ultimate stamp of approval.”

Speaking earlier this year, FOX Sports soccer analyst Alexi Lalas shrugged off any suggestion that Messi may find life harder in the EPL, which is noted for its physicality.

“One of the great things I think about Messi, yes he has the flair and the technique, but his ability to do the things he has done even when people are trying to decapitate him, even in (Spain), that’s what makes him great,” Lalas said.

In addition to Manchester City, Manchester United will see Messi as being a perfect partner for its global juggernaut too, as will Paris Saint-Germain, Inter Milan and some others.

Let’s also not forget the role that Major League Soccer in North America could play in this, too. Manchester City owns New York City FC, and one of the possibilities being talked up in the European press on Tuesday night was a scenario where Messi could play three years in England and then end his soccer odyssey in the Big Apple.

Whatever happens, why all the fuss over one player? Quite simply, because there is no one else like him. Cristiano Ronaldo and Messi have gone toe-to-toe over their careers in trying to prove who is the best in the world, the best of this generation and perhaps the greatest ever.

Yet while Ronaldo has as many supporters, the grace and flair and pure soccer wizardry of Messi’s style, plus the fact that he is less brash and perhaps more likable than Ronaldo, means he is adored by soccer fans across the globe.

He has the ability to embarrass even the world’s finest defenders, to slice through opponents with surgical precision, to score at the kind of rapid rate that belongs to a bygone era and yes, to send the entire soccer world into a crazed state by sending, of all things, a burofax.