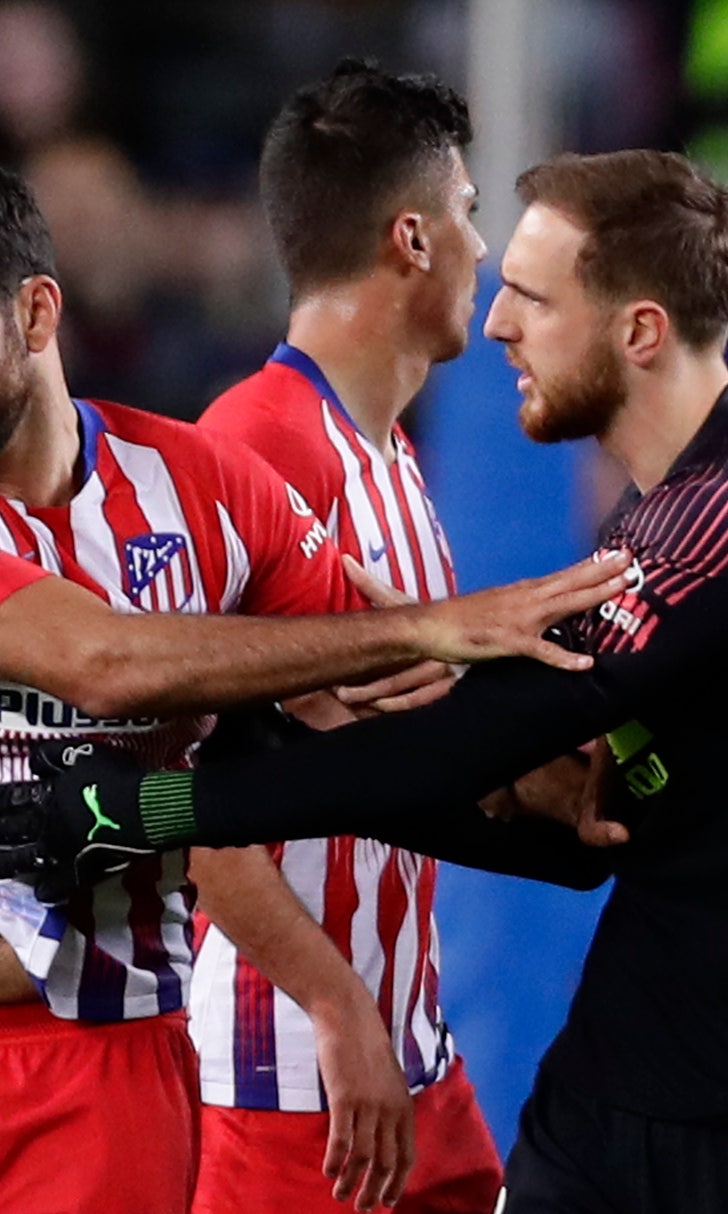 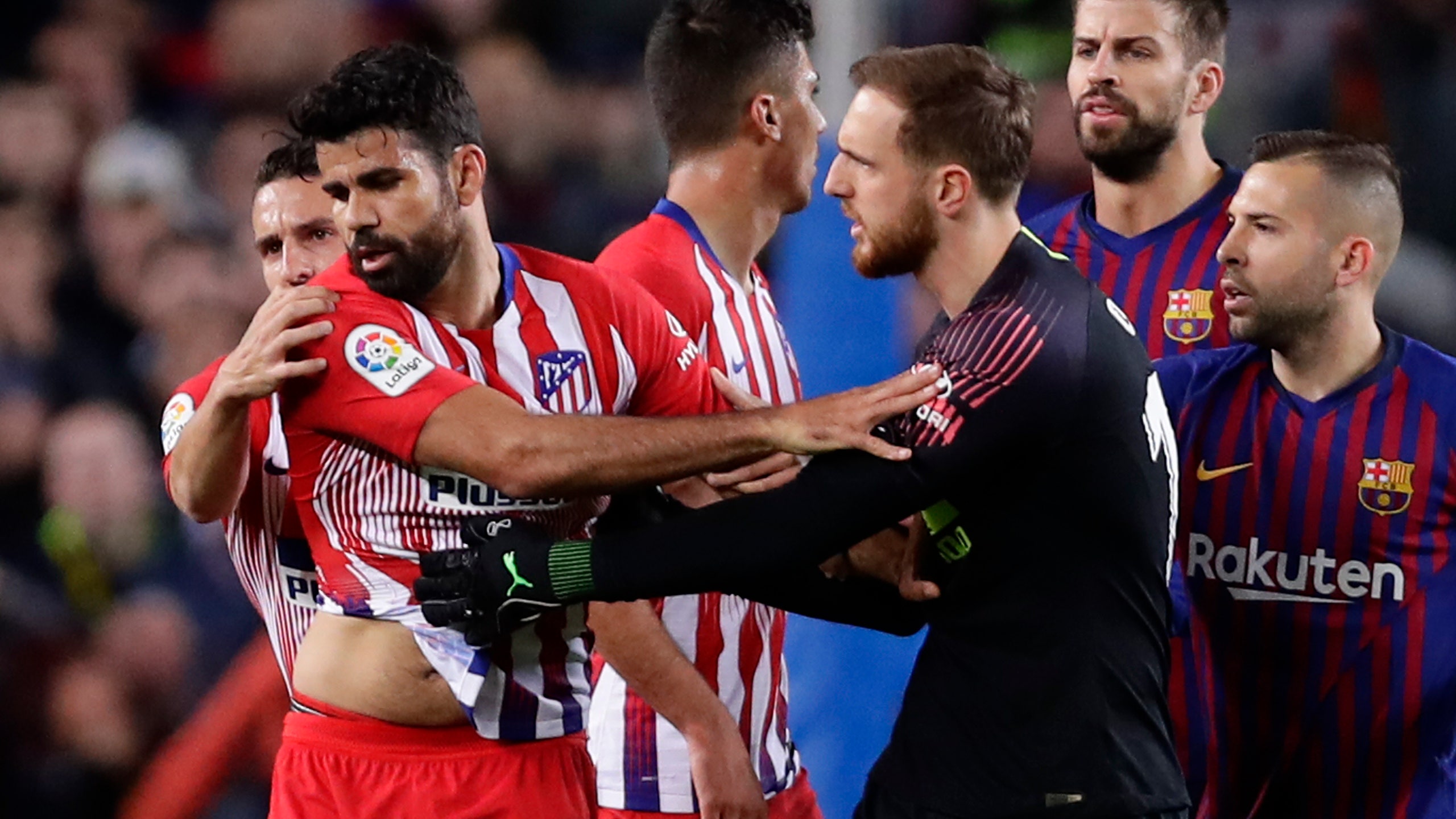 MADRID (AP) — Atletico Madrid striker Diego Costa has been suspended for eight games for allegedly insulting a referee, meaning he will not play the rest of the season.

Costa was shown a red card in the first half of Atletico's 2-0 loss to Barcelona on Saturday, a result that practically ended the team's hopes of contending for the Spanish league title.

He was accused of insulting referee Jesus Gil Manzano while complaining about a non-call of a foul on him.

Manzano showed Costa a direct red card and the striker was furious, repeatedly going after the referee to try to make his case. He grabbed Manzano's arm at one point and players from both teams tried to contain him.

Those defending Costa said the player cursed but the insults were not directed at Manzano.

Costa has mostly disappointed since rejoining Atletico in the beginning of 2018, enduring several injuries and scoring 12 goals in 44 appearances after a move from Chelsea.