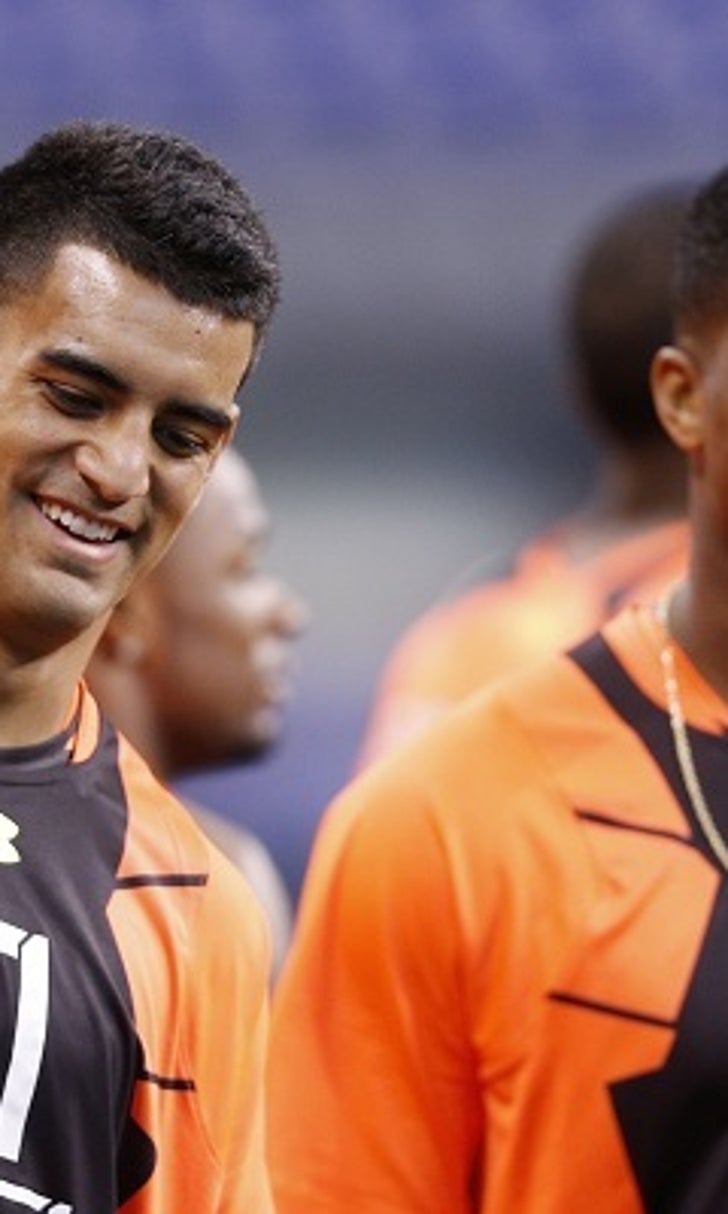 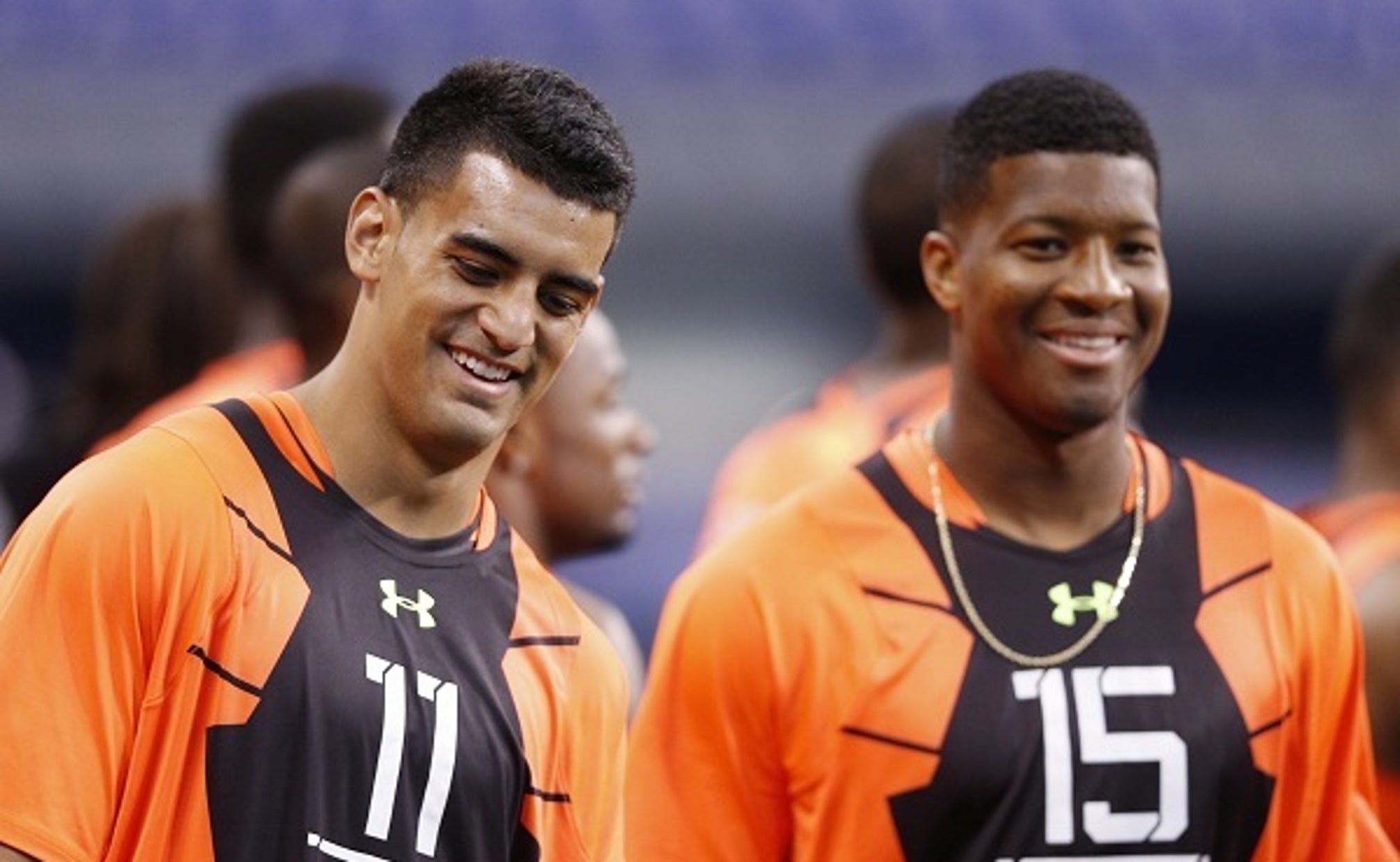 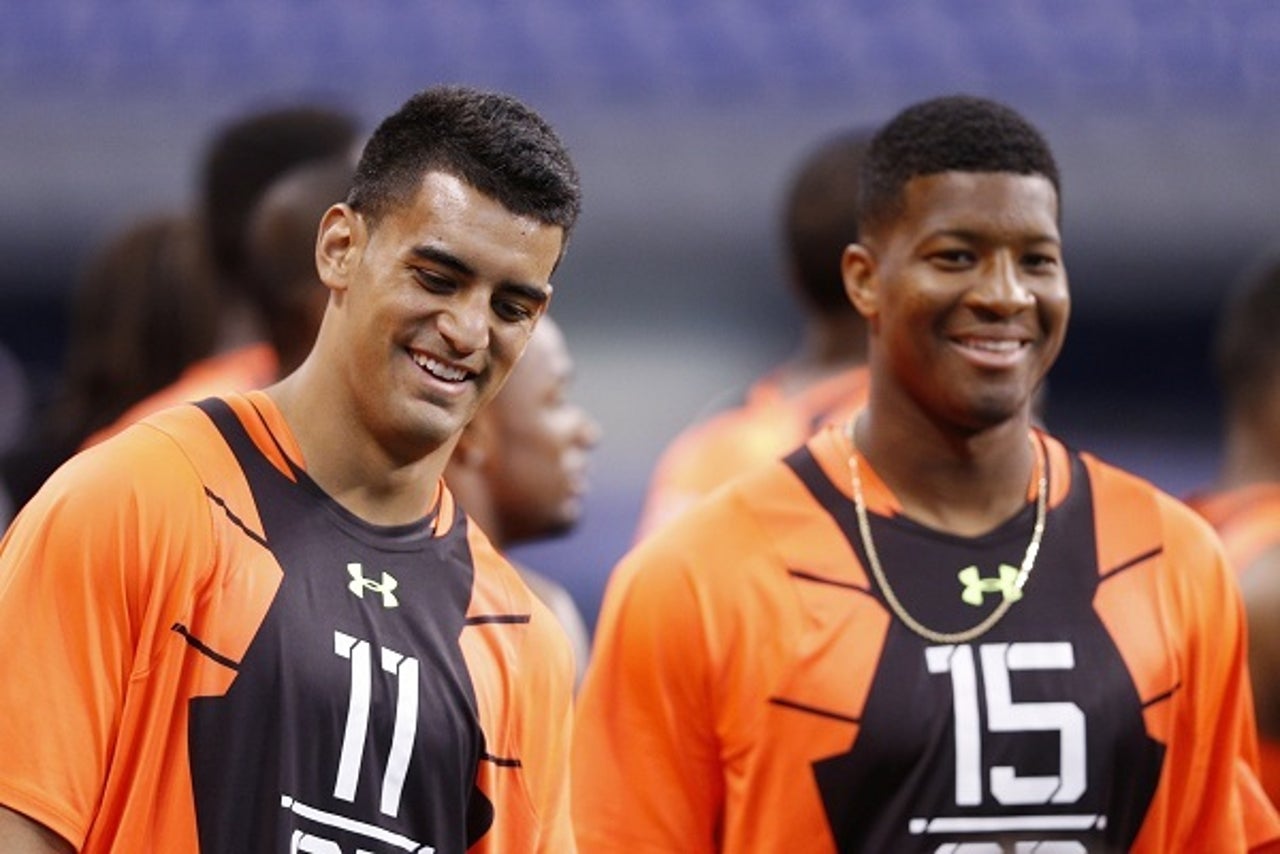 The NFL media cycle is a behemoth, an around the clock business dominating national sports news daily.  This is a phenomenon not lost on sportsbooks looking to capitalize on potential revenue generating opportunities.  Traditionally offshore books have offered a variety of draft related props for very low limits, designed more for the recreational bettor looking to have a stake in the draft than the hardened professionals.  Yesterday sportsbook.ag opened a handful of props earlier than expected, highlighted of course by the 2 biggest names on the big board; Marcus Mariota and Jameis Winston.

"Due to widespread interest we have just reopened our NFL Draft props early this year. With so much conflicting opinion in the US main stream sports media it's a tough market to offer odds on, but the interest and discussion around the draft gets bigger every year....as does our betting action," said Matt James, a spokesman for Sportsbook.

Consensus opinion right now is that Jameis Winston will be the top overall pick and oddsmakers agree, listing him a -400 favorite to be the top man selected in this May's draft.  For those new to sports betting, in order to make $1 on Winston's draft status you'd need to risk $4.  The current price is a far cry from where this prop originally opened right after the college football national championship.

"It's interesting to note the reversal of opinion following the FCS Championship game where Mariota was strongly favored over Winston by the same odds, and without playing a competitive snap Winston is now the front runner. We do think his game is currently more NFL ready and there are teams at the top of the draft board in need of immediate upgrades at the QB position...namely the Bucs," James added.

Mariota's draft position is slightly more uncertain with the strong possibility of teams still looking to jockey position to grab the former Ducks quarterback.  The most likely candidate to snag the Oregon pivot would be the Titans at #2 but Marcus' O/U remains at 3.5, albeit going under carries a tariff of $2.20 to make $1.

Quarterbacks aren't the only position battle you can bet on when it comes to draft prop offerings.

"The hardest (prop) to set was Amari Cooper and Kevin White. Both are going to be #1 receivers, but depending on where you look for info, either could be drafted before the other so it's a coin toss on who goes 1st," James shared when asked about the difficulty in finding information used to set the markets.

The demand from the recreational bettor to have a little skin in the game when it comes to the draft has spawned a market oddsmakers only dreamt of 20 years ago.  James himself admitted the limits are low and more for fun than designed to attract sharp gamblers.  So much of these offerings are contingent on how popular the players being drafted actually are with the casual fan.  Oddsmakers at Sportsbook aren't dumb when it comes to knowing what fans want in relation to draft offerings.

"There is a general healthy upward growth (for demand of draft props), but it also depends on general media/fan interest in the draft; 2011 was a great year with Cam Newton, Von Miller, AJ Green and Julio Jones...it was the first year where we really got significant volume on draft markets. We were lower in 2012/13 but last year we surpassed 2011 volumes despite a lower quality draft....a reflection of the higher media coverage of the draft," indicated James.

Draft coverage appears to be a fixture in the sports programming hierarchy, meaning only good things for James and his team looking to create some additional football action during the offseason.  For the creative oddsmaker the sky is the limit if he or she feels they can offer a prop and level the playing field with a fan/bettor that might have the inside scoop.  In order to discourage the more sophisticated customer from coming in full bore, limits are considerably lower than mainstream markets and heftier bet spreads (juice) are employed, meaning the traditional .20 cent spread (-110/-110) makes way for .40 cents (-120/-120) giving the book a larger margin for error in hanging numbers.

For those wondering how contentious things get between oddsmakers when it comes to non-traditional wagers, James shared that they'd love to hang an over/under on trades in the first round but have yet to come to a consensus number the staff feels comfortable hanging.  Something tells me the prices we saw released yesterday will look drastically different come Thursday, April 30.

What Will his Draft Pick Position Be - 2015 NFL Draft:

The NFC East's Pain Is Your Gain
As he makes his Week 13 picks, Geoff Schwartz offers up a tasty wager against every single team in the "NFC Least."
5 hours ago

How To Win $100,000 In NFL Week 13
Before he makes his Super 6 picks for this week, Jason McIntyre compares the top teams in the NFL to pop culture.
8 hours ago