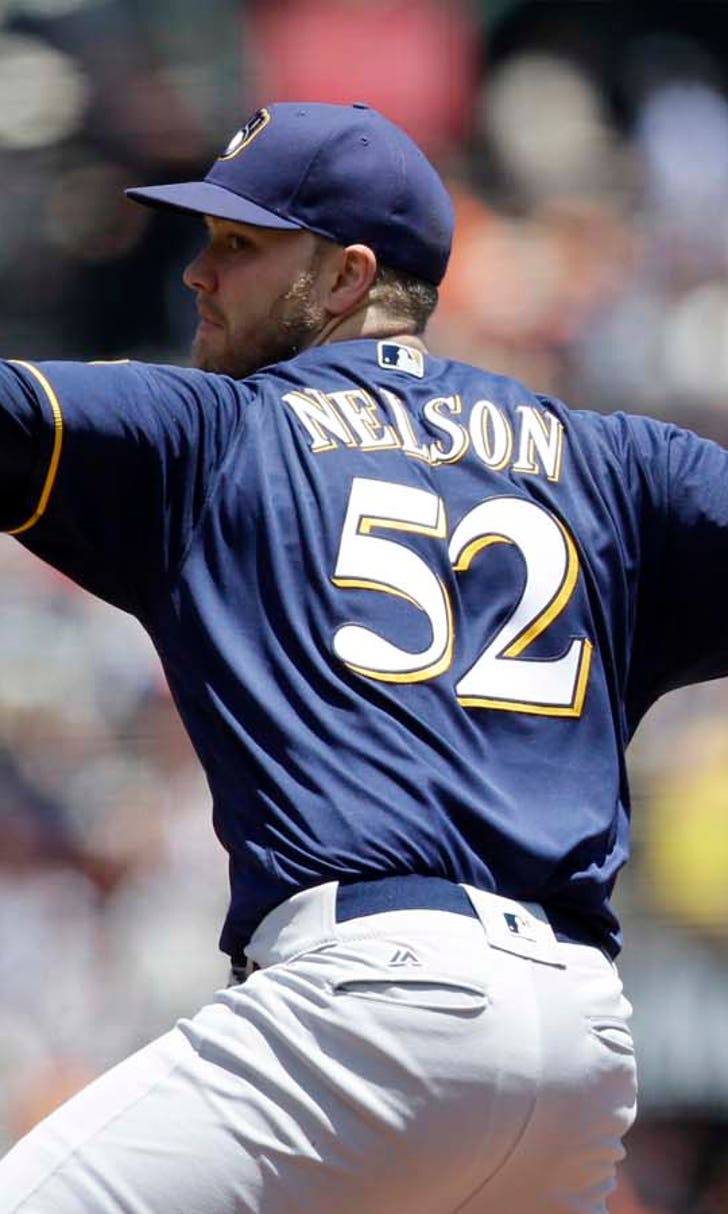 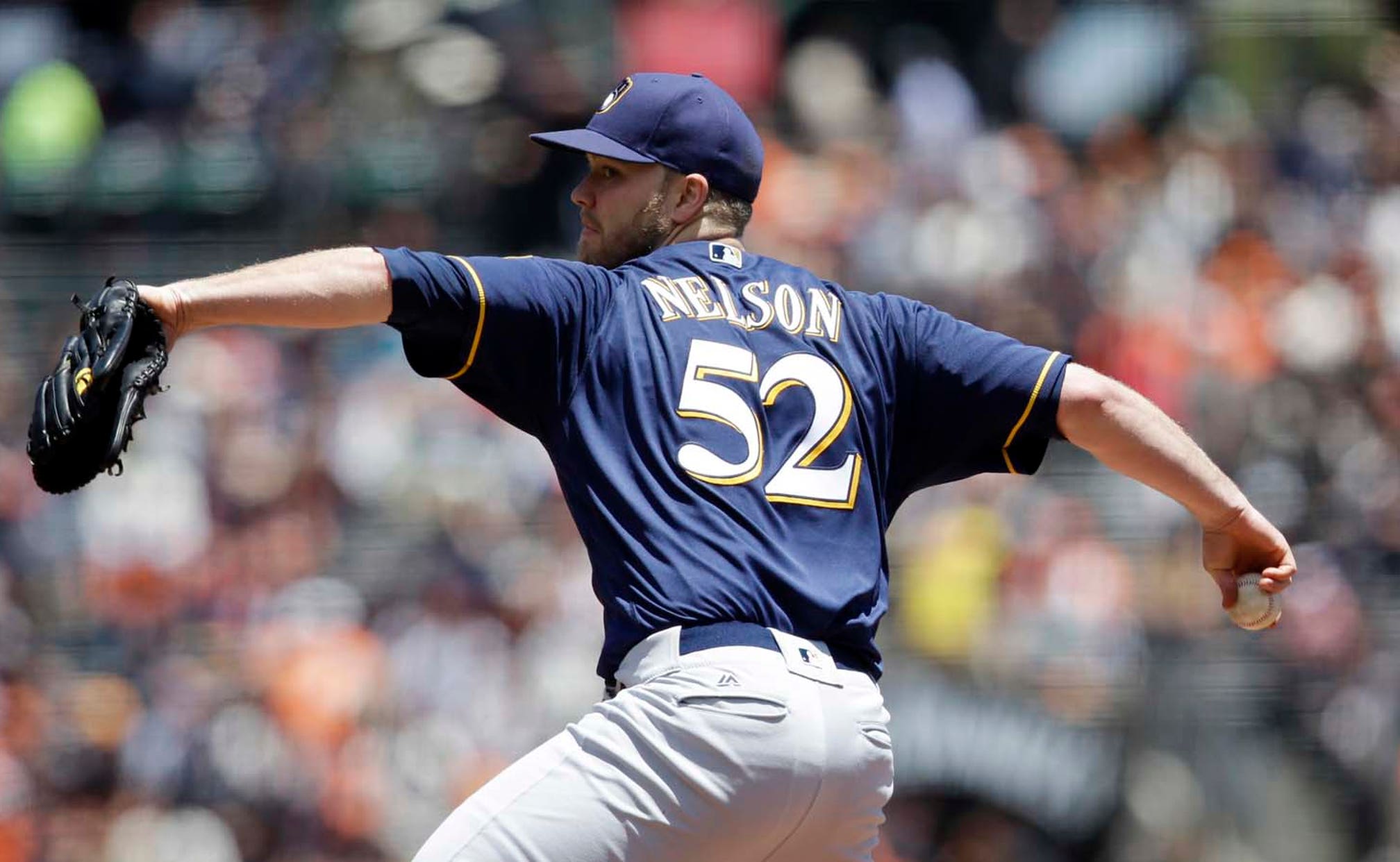 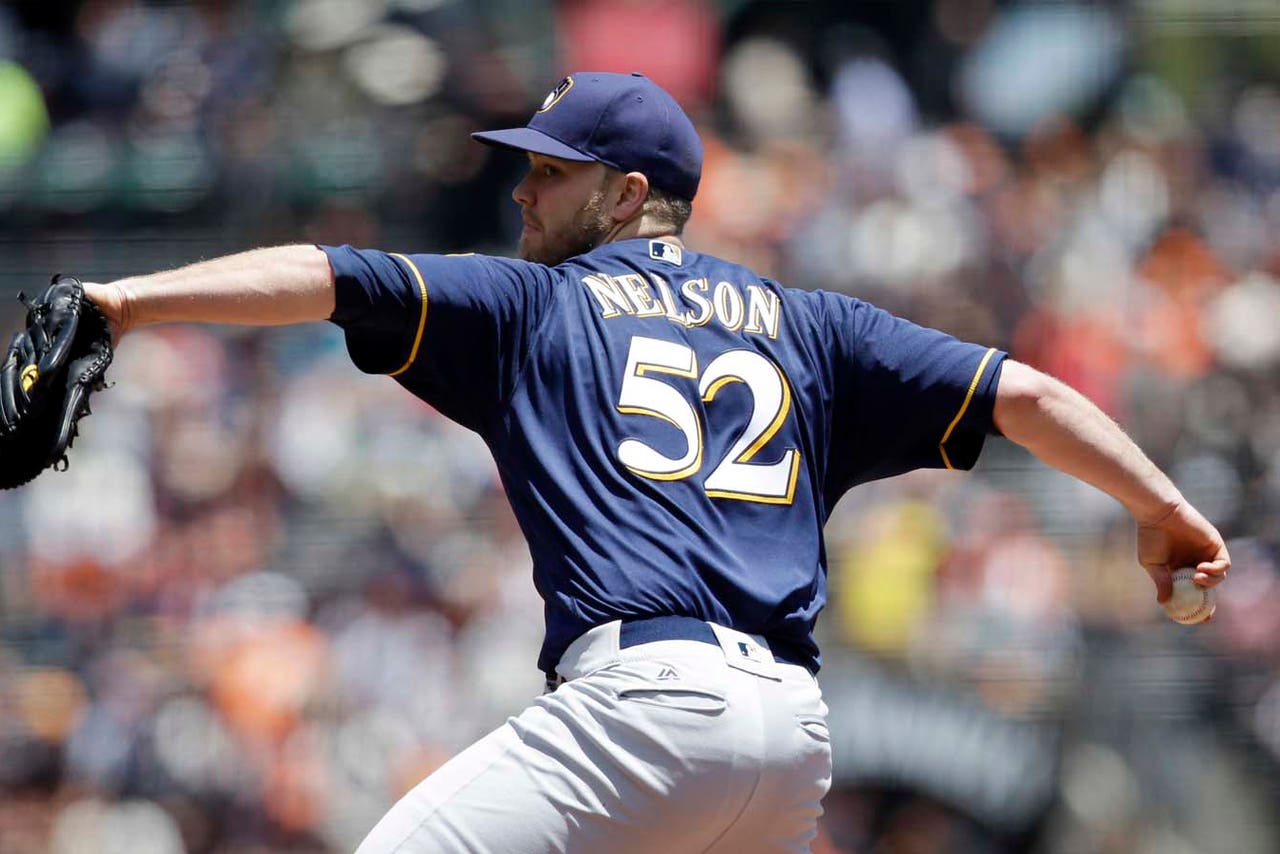 SAN FRANCISCO -- The Milwaukee Brewers already were facing one of San Francisco's top pitchers in Johnny Cueto, a day after losing to Madison Bumgarner. Then they hurt themselves with a season-high four errors.

Milwaukee was more than ready to get out of the Bay Area for a few days with a stop at Dodger Stadium for four games before coming back north to face the Oakland Athletics next week.

Cueto, a Brewers' nemesis, struck out nine over seven innings for his team-leading 10th victory, and the San Francisco Giants completed a sweep of the Brewers with a 10-1 win Wednesday.

Alex Presley hit a RBI single in the fifth as Milwaukee avoided a shutout, ending a 21-game stretch without a RBI since he drove in a run May 18 against the Cubs.

There were few highlights as Milwaukee got shut down once again by Cueto (10-1). The right-hander -- who is always moving spontaneously and having fun on the mound -- won his eighth straight against the Brewers, seventh consecutive decision overall and the Giants improved to 12-2 in his outings, including April 5 at Milwaukee. Cueto, who pitched for the Cincinnati Reds in the NL Central, is 11-3 in 20 career starts against Milwaukee.

"It doesn't make it easier with all his movements when it comes to rhythm," Brewers second baseman Scooter Gennett said. "You just have to make sure you are ready for that quick pitch and just adjust. Because you don't want to be surprised by anything."

Buster Posey hit a bases-loaded, two-run single in the third to get things going on a big offensive day, and Matt Duffy followed with a RBI single against Jimmy Nelson (5-6) as the Giants used a balanced hitting attack on the way to their fifth straight win.

Nelson, who lost to the Giants on April 5, allowed eight runs to match a career high. The right-hander failed to pitch past the fourth inning for the first time this season.

In the third, Duffy later scored on Milwaukee's second throwing error of the inning to make it 4-0. The Giants added a four-run fourth, too, highlighted by Angel Pagan's run-scoring double and RBI singles from Joe Panik and Jarrett Parker.

Gregor Blanco, Duffy, Pagan and Panik all had three hits as the Giants wrapped up their homestand with an 11th victory in the last 13 games at AT&T Park.

"We didn't do ourselves any favors," Brewers manager Craig Counsell said of an error-filled afternoon. "We didn't play a good defensive game. Just too many mistakes. We left too many outs out there."

After a leadoff single to Jonathan Villar, Cueto still faced the minimum through three with Villar getting caught stealing. Cueto became the 13th pitcher to win as many as eight straight against Milwaukee in the club's history and the Giants earned their fifth sweep this season and third in three years against the Brewers.

Nelson lost his third straight start and has a 9.69 ERA over that span.

"It's very frustrating for me. The last three have been completely unacceptable to me," he said. "It's just been brutal. I have to move on from that."

First baseman Jonathan Lucroy has heard the chatter about trades for more than a year. His message to his agent: Tell him when it's real.

"You kind of get used to it after a while," he said. "I told my agent, `If there's anything substantial, let me know. If there's not, don't let me know. I don't even want to know.' A lot of it's all speculation and rumors . . . people making stuff up."

Brewers: RHP Michael Blazek (elbow impingement) came out fine from his Tuesday rehab appearance with Triple-A Colorado Springs and will pitch one more outing in the minors before rejoining the Brewers on Friday in Los Angeles. He might not be immediately activated.

Giants: CF Denard Span had a day off. . . . 1B Brandon Belt underwent treatment on his tender right ankle after being hit by a pitch Tuesday and didn't play. Bochy figures with Thursday's day off Belt could be back in the lineup Friday at Tampa Bay. . . . San Francisco is TBA for Sunday's pitcher at Tampa after RHP Matt Cain went back on the 15-day DL with more right hamstring trouble. The Giants might stick with Albert Suarez or could still push RHP Jake Peavy back a day from his Saturday outing given he has been dealing with an injured neck. He had a MRI exam Tuesday and played catch Wednesday, and said he thinks he will stay on schedule. . . . Posey will be the designated hitter in at least one of the weekend games in an AL ballpark, while Belt could also be an option depending on how his ankle responds.

Brewers: RHP Junior Guerra (3-1, 3.31 ERA) will face the Dodgers for the first time in his career Thursday night at Dodger Stadium.

Giants: RHP Jeff Samardzija (7-4, 3.36) looks to improve on his 2-8 career interleague record over 19 starts with a Friday start at Tampa Bay. He has allowed 20 earned runs in 22 2/3 innings over his last four outings vs. the American League.