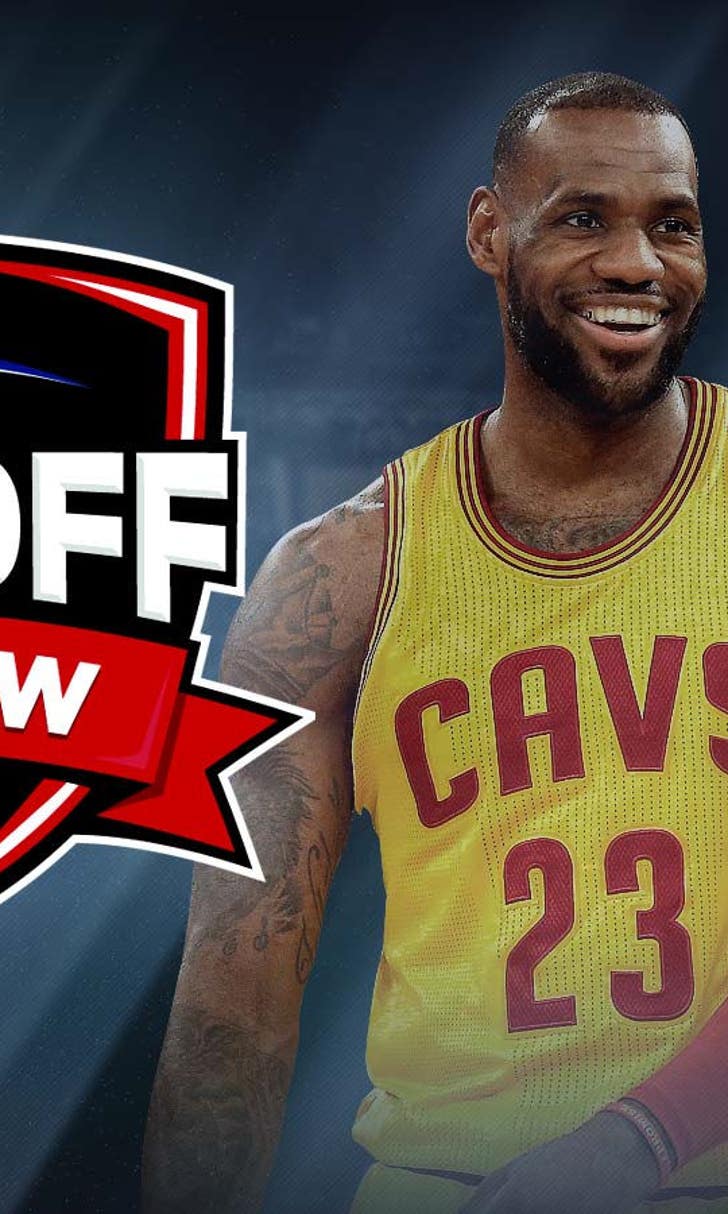 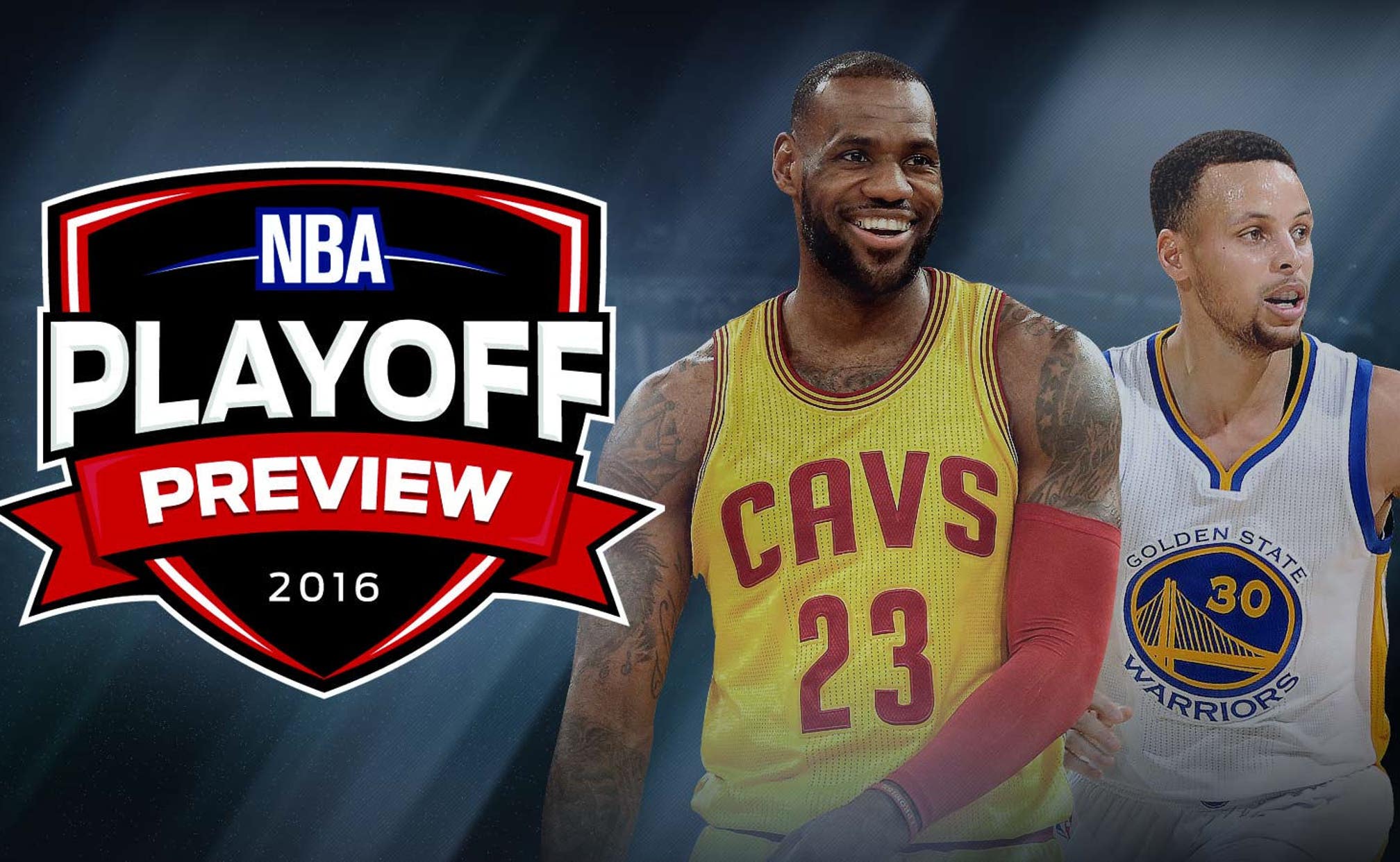 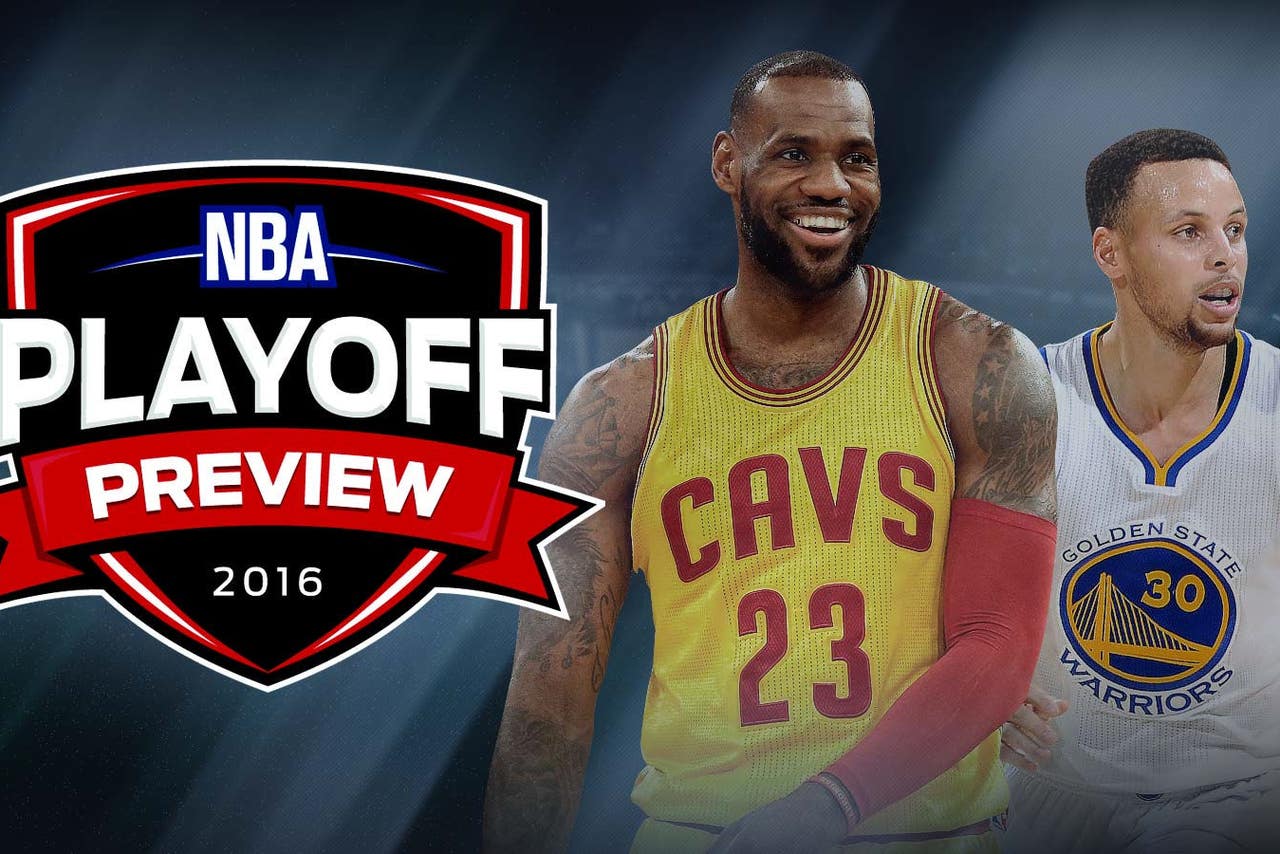 WhatIfSports.com used its NBA simulation engine to play the entire 2016 NBA Playoffs 1,001 times, taking into account home-court advantage and the statistical makeup of each team. The simulation generated each team's round-by-round probability of advancing, which can be viewed at the conclusion of the article.

Simulate any playoff game yourself using the free WhatIfSports NBA SimMatchup feature, or play a game between a current team and a historical one (the 2015-16 Warriors vs. 1995-96 Bulls, for example). 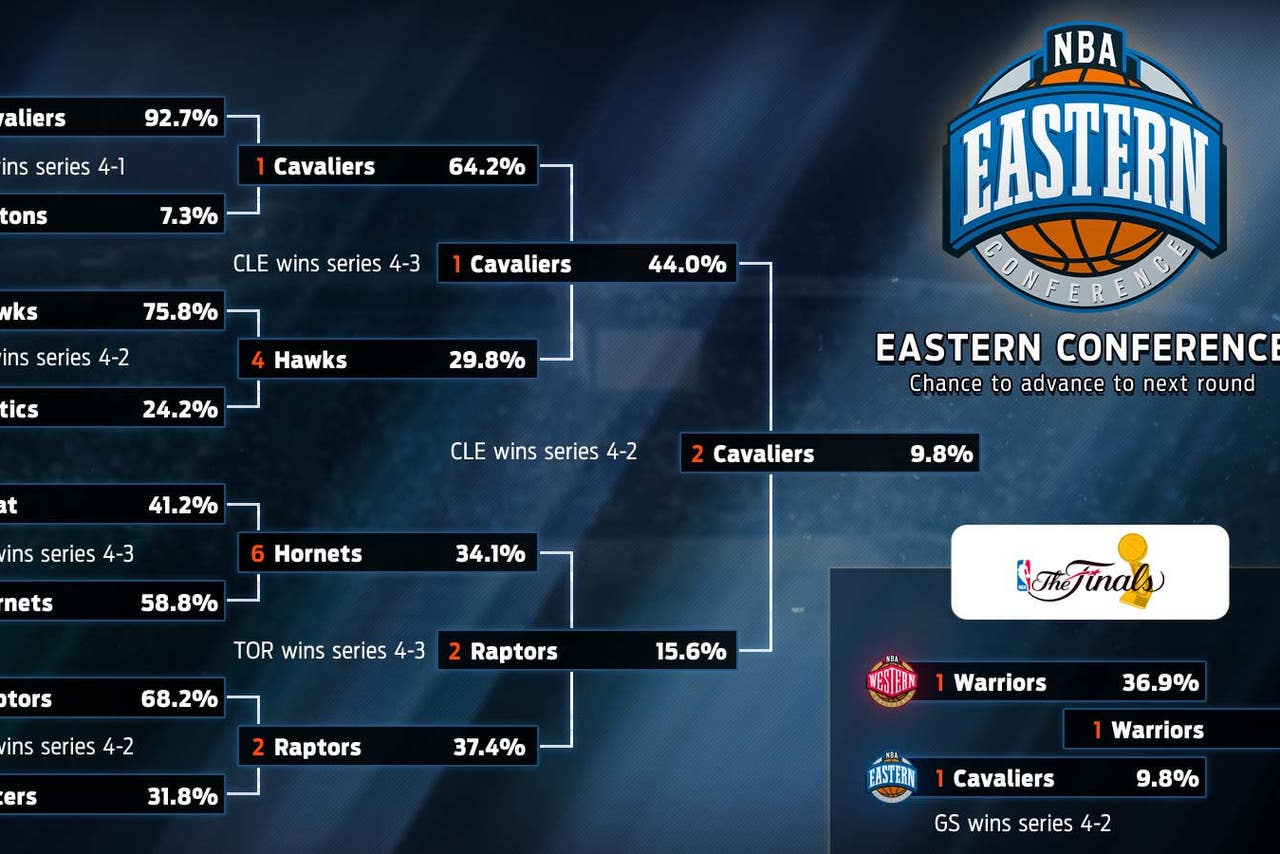 In the 2009 NBA Playoffs, the last time the Detroit Pistons earned a postseason berth, the roster featured the likes of Tayshaun Prince, Rasheed Wallace, Richard Hamilton and Antonio McDyess. Those Pistons were the 8 seed and were swept by LeBron James and the Cleveland Cavaliers. Seven years later, the Pistons are again an 8 seed facing James and the Cavs. Detroit's roster has no holdovers from the 2009 team, while Cleveland has two players, James and Mo Williams, who left the team but have since returned.

The Boston Celtics continue to defy expectations under third-year head coach Brad Stevens. The team rode one All-Star, 5'9" Isaiah Thomas, to a 48-win campaign and the East's 5 seed. Boston received a tough draw in Round 1 though. The Atlanta Hawks have beaten the Celtics handily their last three meetings, including a 118-107 win on April 9th.

WhatIfSports.com's NBA simulation engine expects the Hawks' success over Boston to continue, with Atlanta wining 75.8 percent of the 1,001 series simulated between the two teams. The Hawks outscored the Celtics 101.1-96.4, with a six-game series the most common outcome. Atlanta has a 2.5 percent chance to hoist the Larry O'Brien championship trophy this June, while Boston was one of five teams that didn't win the championship in any simulation.

After a rough start to the post-LeBron era, the Heat are back in the playoffs, capturing the 3 seed by virtue of a four-way tie-breaker that fell in Miami's favor. Their opponent, Charlotte, didn't fare as well in the tie-breaker scenario, claiming the 6 seed despite a 48-34 record that matched Miami's.

Miami and Charlotte split their four regular-season matchups and appear to be as evenly-matched as any first-round opponent. However, Miami will be without the services of Chris Bosh, who averaged 20.5 points in the Heat's two victories over the Hornets. WhatIfSports.com's NBA simulation engine predicts Charlotte to pull off the upset in seven games, edging out Miami 58.8 percent of the time by an average score of 95.5-94.6. Charlotte's run could go farther than the second round, with the team given a 34.1 percent chance to reach the Eastern Conference Finals and a 15.7 percent chance to play in the NBA Finals. Miami advanced to the conference finals in 17.4 percent of simulations and reached the championship game 5.8 percent of the time.

For the third consecutive season, the Toronto Raptors set a new high-water mark for franchise victories. The team won 48 games in the 2013-14 season, 49 last year and 56 this season. The success hasn't translated to the playoffs though, with first-round exits the past two years. Facing the Raptors in the first round will be Indiana, which missed the postseason last year with injured star Paul George limited to just six games. George returned to form in 2015-16, averaging a career-best 23.1 points per game. 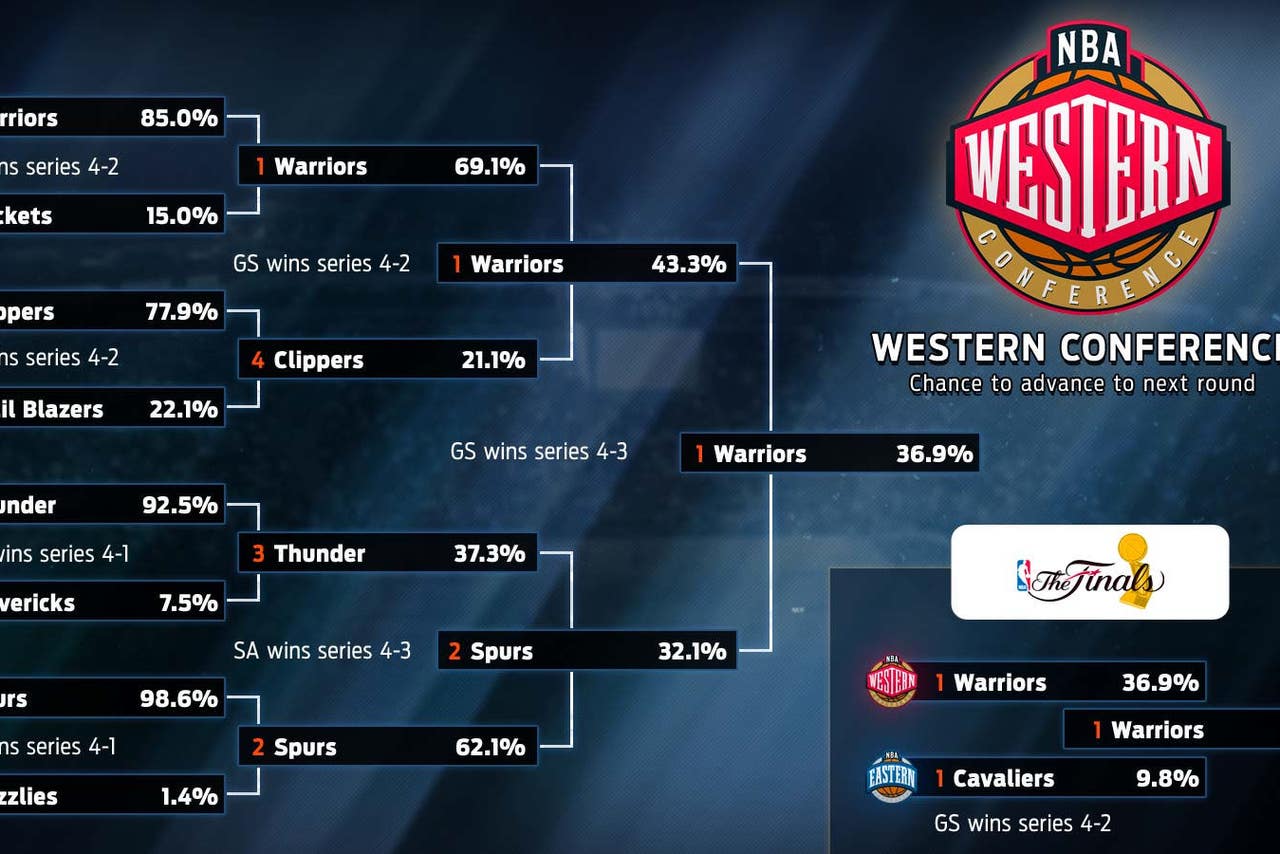 What do the Golden State Warriors get as a reward for their historic, record-breaking 73-9 regular season? A first-round rematch of last year’s Western Conference Finals against the Houston Rockets.

While that might not seem very fair, the Rockets aren’t quite the team they were last year. Dwight Howard has taken a step back, the defense is a mess and the supporting cast is more unreliable than ever. James Harden can only do so much.

Interestingly enough, the Rockets stand a better chance in our simulation against future MVP Steph Curry and the gang than you might think. The Warriors are projected to advance past the Rockets just 85.0 percent of the time, which is less than both San Antonio (98.6 percent) and Oklahoma City (92.5 percent) in their first round matchups. Maybe the Warriors are exhausted after shooting for the record, and maybe Houston has more fight in them than what their regular season record would indicate…but probably not.

The "rebuilding" Portland Trail Blazers were never expected to be here, let alone be a 5-seed in a stacked Western Conference. The emergence of likely Most Improved Player winner C.J. McCollum and the play of Damian Lillard has given Portland arguably the most explosive backcourt outside of Golden State.

How plucky will the young Blazers be against Chris Paul and the Clippers? Our projection has Portland winning the matchup just 22.1 percent of the time, as CP3, Blake Griffin and DeAndre Jordan are expected to avoid a letdown that might end the Lob City era in Los Angeles.

The Clippers still have some title hopes, even if they’re slim. Our simulation has the Clippers winning the championship 4.4 percent of the time, the fourth best odds behind Golden State, San Antonio, Oklahoma City and Cleveland.

While the Warriors deservedly grabbed all the headlines for their record season, the Spurs quietly racked up a 67-15 record and the league’s best defensive rating. Former Finals MVP Kawhi Leonard had a lot to do with that, as his pairing with LaMarcus Aldridge formed the most dominant two-way forward combo in all of basketball.

Although you’d never describe a matchup with the grit and grind Memphis Grizzlies as being “easy,” countless injuries have left Memphis to depend on a ragtag group of players with Marc Gasol, Mike Conley and others sidelined.

The Grizzlies have by far the worst chance of any team to win their first round matchup. In 1,001 simulations, they beat the Spurs just 1.4 percent of the time and have a zero percent chance of winning a title.

The Oklahoma City Thunder may be a step behind the Warriors and Spurs as the 3-seed, but they are still dangerous nonetheless. Kevin Durant would be a serious MVP candidate if Stephen Curry wasn’t breaking basketball, and Russell Westbrook is still a monster.

Is there enough around Durant and Westbrook to make another title run? Our simulation tends to think so. The Thunder are projected to advance past their first round matchup against Dirk Nowitzki and the Mavericks 92.5 percent of the time, and have the third-best odds in the league of winning a title at 12.4 percent. That’s not bad considering the Thunder would likely have to go through San Antonio and Golden State to get there.

It’s always hard to count out Dirk and the schemes of Rick Carlisle, but the odds don’t appear to be in their favor. Our simulation didn’t have the Mavs advancing to the Finals a single time in 1,001 tries. 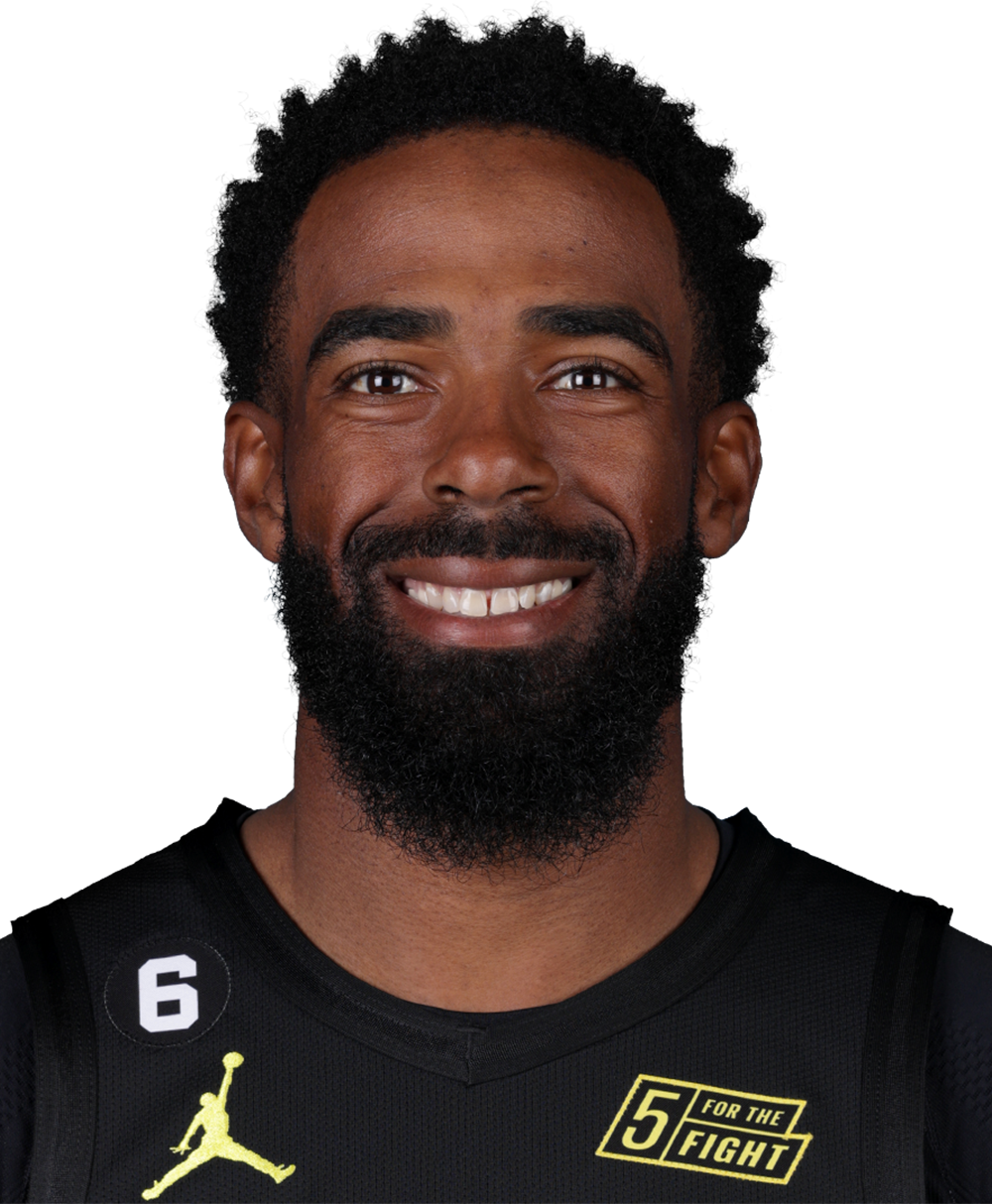