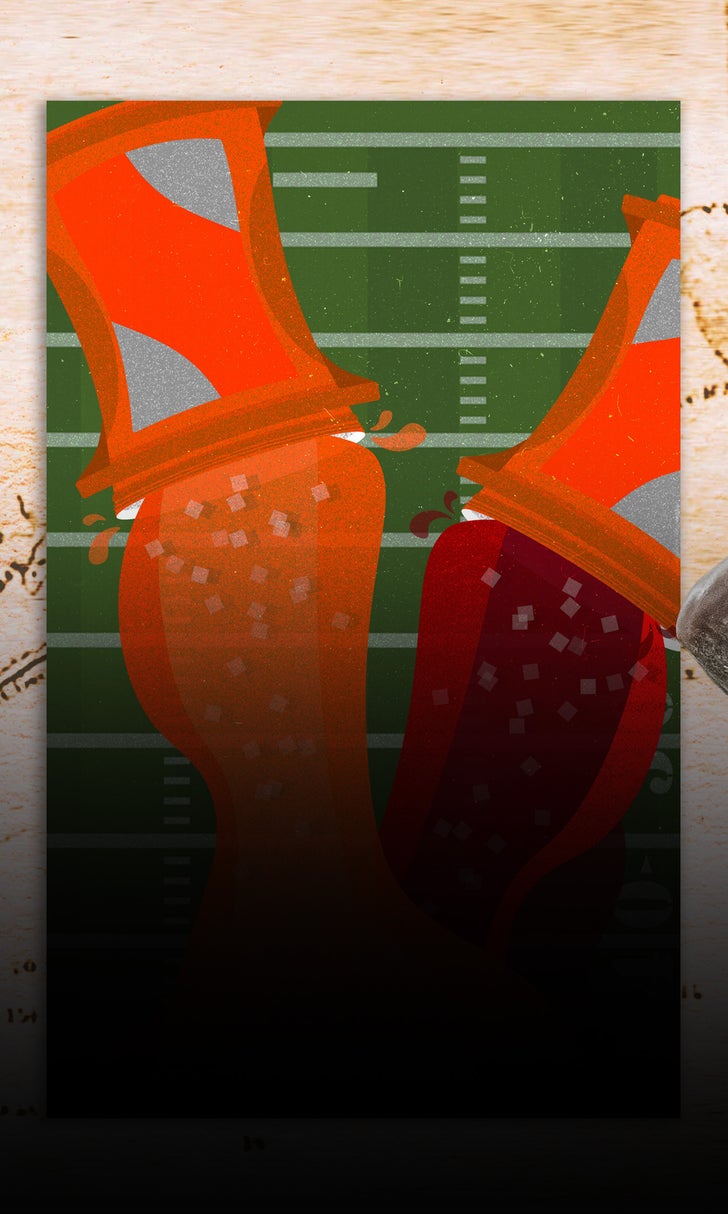 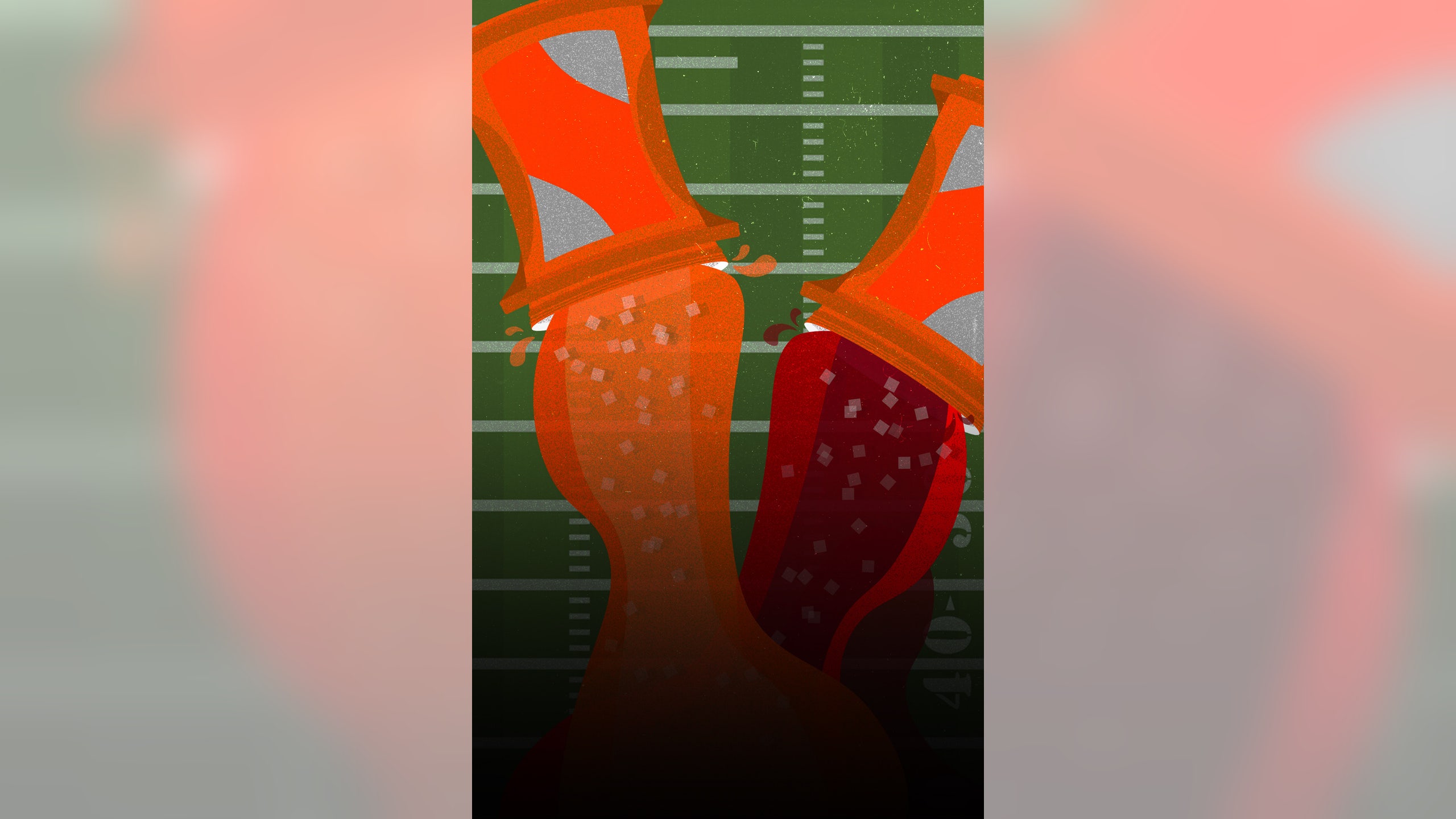 It all comes down to this – for the Tampa Bay Buccaneers and Kansas City Chiefs, yes, but also for NFL bettors.

There's nothing like a Super Bowl for those who like to get a little skin in the game. This year, FOX Bet is offering literally thousands of prop bets in addition to the typical spread, money line and points total.

So where to begin?

FOX Sports gambling analysts Sara Perlman and Geoff Schwartz pored over the lines, the data, the trends and everything else under the sun to come up with their top 12 prop bets for Super Bowl LV, in which they're expecting a big game from Patrick Mahomes and for Tom Brady to hit the dirt a time or two.

To the props! (All odds via FOX Bet.)

Sara: With a very high total over/under of 56.5 and the Chiefs going up against the Buccaneers' league-best rush defense, I am definitely betting on Mahomes to throw three-plus touchdowns.

The Kansas City superstar has thrown at least three TDs in five of his past 10 games, and in Week 12 against the Bucs, he threw for 462 yards and three touchdowns. I think Kansas City will look to avoid the run game and utilize its plethora of dangerous receivers along with the best tight end in the NFL. Take the over.

Geoff: The Chiefs understand their mismatch in the trenches and have been able to avoid issues with running the ball this season by using Mahomes' arm to get the ball quickly on the edge.

Now, they face the top-ranked rushing defense in the NFL. The Chiefs will use those jet sweeps, quick passes and RPOs to supplement the rushing attack. Mahomes will have upward of 35 completions as the Chiefs' offense relies on his arm.

Geoff: There are going to be plenty of opportunities for Mahomes to take off against the Bucs' pass rush – especially to sneak in for a score down in the short red zone. Also, with Mahomes' toe feeling better, I expect him to be used in short-yardage and goal-line situations. The Chiefs' best running play in this situation is the speed option, where Mahomes gains yards.

Sara: This is my favorite bet on the board. Kelce has scored seven touchdowns in the Chiefs’ past six games, including two in the AFC Championship. He had 11 touchdowns in the regular season, averaging close to a TD per game.

The Bucs' defense struggles against the tight end, having allowed the seventh-most receptions to the position during the regular season. Combine a heavy passing attack from the Chiefs with the best tight end in the league, and I expect Mahomes to find Kelce in the end zone.

Geoff: Jones is the best player on the Chiefs' defense, and he’s going to eat Sunday against this Bucs offensive line for one specific reason.

The Bucs have three outstanding offensive linemen. Their left guard, center and right tackle are elite. All three deserved to be All-Pro. However, their right guard is a backup, and the Super Bowl will be only his second start.

Aaron Stinnie will have his hands full, and I think Jones will be a wrecking ball. The value here is fantastic.

Sara: I already wrote about why I think Kansas City will throw the ball, as the Chiefs are facing the NFL’s best rush defense. Because of this, I’m taking Darrel Williams under 30.5 rushing yards in the Super Bowl. I believe the Chiefs abandon the run early, and even if they don’t, Clyde Edwards-Helaire is fully healthy.

If you look back to before the Edwards-Helaire injury, Williams had just seven games with 10-plus snaps in the passing game but none with more than 10 carries. Not to mention, the Chiefs are without starting tackles Mitchell Schwartz and Eric Fisher, so Williams might have to stand in as a pass-protector.

Geoff: I mentioned above the mismatch in the trenches for the Bucs' defensive line. I’ll grab a piece of every Bucs starting defensive lineman for a sack, but especially these two.

Sara: I love a good first touchdown prop! And for Super Bowl Sunday, I’ll take a flyer on Mike Evans to be the first Buc to score at +500. Evans set a career high with 13 touchdowns this season, having caught at least one touchdown pass in 10 of 16 games. Moreover, Evans caught one TD in the NFC divisional round against New Orleans and one in the title game against Green Bay.

At 5-to-1 odds, this is a juicy and fun prop to root for Sunday!

Geoff: Both of the Tampa Bay running backs have bricks for hands – but it might not matter in this game because they'll have plenty of opportunities to catch passes out of the backfield.

The Chiefs will pressure Brady, and an outlet for the pressure is the running back. Going back two weeks, I liked the Bills' Devin Singletary for this same prop because the Chiefs have the worst defense in the NFL when it comes to covering running backs. They allowed the most yards to backs in the league and are 31st in expected points allowed.

In that Bills game, Singletary got free against pressure, with nothing but green grass in front of him … and dropped the pass. Yikes. He was then removed from the game. I do not expect Playoff Lenny to get benched if he drops a pass. So I like this over.

Geoff: This is my favorite bet of the weekend. I detailed early in the week the mismatch between the Chiefs' offensive line and the Bucs' pass rush. Just think about this. The Chiefs are playing their second left tackle, second left guard, a center who was benched for a period this season, second right guard and third right tackle.

If this were any other team, we’d give them no chance to win the game. Last Super Bowl, with a healthy offensive line facing a pass rush similar to the Bucs', the Chiefs allowed four sacks. I see similar issues for the Chiefs' OL in this game.

On the other side, the two weaknesses on the Bucs' offensive line, the left tackle and right guard, are where the Chiefs have their best pass-rushers. Add the Chiefs bringing pressure with the blitz, and they should get to Brady on multiple occasions.

Highest scoring half: Second half (-105)

Geoff: Just a hunch here. The Chiefs have started slowly in every playoff game the past two seasons, except the Browns game. Brady hasn’t led an offense to a touchdown in the opening quarter in his nine previous Super Bowl appearances. I believe both these offenses will start slowly, feel things out and then — boom! — the second half is rolling. The Bucs are second in the NFL in second-half scoring.

Geoff: As a Chiefs fan, I’ve watched enough of Harrison Butker to feel confident that he will doink a point-after attempt off the upright. He’s an awesome kicker – except for anything at 33 yards, where it’s an adventure.

What color will the Gatorade be?

While neither Geoff nor Sara took a swing at this ever-popular prop bet, we did want to offer you some insight on what color the liquid in the celebratory Gatorade shower might be.

Here's an interesting twist – according to FOX Bet, none of the three teams to win multiple Super Bowls in the past 15 years used the same color of Gatorade the second time around. The Chiefs, of course, poured orange Gatorade on Andy Reid last year.

Just some food (or beverage) for thought.

Enter the NFL Challenge contest on the FOX Super 6 app for free, and you can win this week's $250,000 jackpot! Download now at foxsuper6.com!

Dak Gets His Deal
Dak Prescott and the Dallas Cowboys have ended their stalemate, coming to terms on a contract worth $160 million over four years.
1 hour ago

In the Cards?
With two former Texans superstars already in Arizona, could Houston quarterback Deshaun Watson be next in line?
5 hours ago

UFO, Meteor or Bolide? You Decide.
After Cleveland Browns QB Baker Mayfield allegedly saw a UFO, Neil deGrasse Tyson offered his expert opinion on the matter.
3 days ago
those were the latest stories
Want to see more?
View All Stories
Fox Sports™ and © 2021 Fox Media LLC and Fox Sports Interactive Media, LLC. All rights reserved. Use of this website (including any and all parts and components) constitutes your acceptance of these Terms of Use and Updated Privacy Policy. Advertising Choices. Do Not Sell my Personal Info