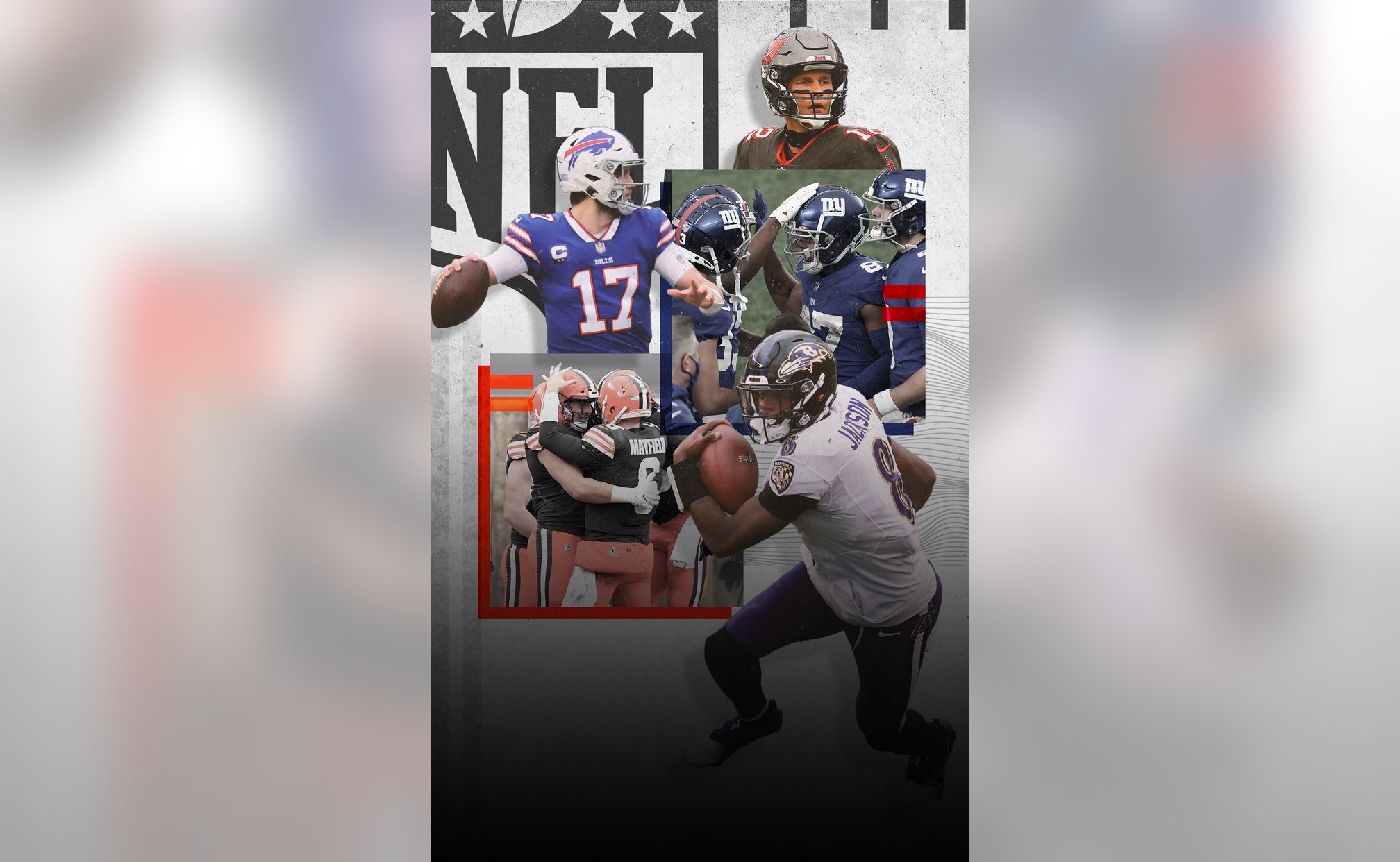 The first NFL games of the New Year started with a bang.

With playoff berths and seeding positions up for grabs on Sunday, there were precious few clashes that didn't have major implications, and some head-to-head matchups even saw playoff hopes dashed on the final day of the regular season.

Here are the major takeaways from the early window of Week 17:

The New York Giants and Dallas Cowboys fought tooth and nail in a do-or-die clash that saw the G-Men hold off a second-half Dallas rally in a 23-19 win.

A banged-up Daniel Jones went 17-for-25 for 229 yards, two touchdowns and an interception, while Andy Dalton came up empty in the touchdown department, but did have 243 yards passing.

With a 20-9 lead heading into halftime, it looked as though the Giants were well on their way to a win, but Dallas rebounded in the second half with an Ezekiel Elliott touchdown, making it a one-possession affair.

It got real nervy for the Giants late in the fourth, as Dalton and the Cowboys were in the midst of a 17-play drive with under two minutes remaining. However, Dalton saw his floated pass on third-and-goal from the Giants' 17-yard line fall into the hands of New York's Xavier McKinney.

And it wouldn’t be the NFC East without even more late-game wackiness.

Looking to ice the game, Giants running back Wayne Gallman fumbled the football, but managed to recover it and seal the win.

The ruling on the field was upheld by replay review, and Giants fans breathed a massive sigh of relief, as Jones then took a knee to close it out.

Now, the Giants turn their attention to Sunday evening’s matchup between the Philadelphia Eagles and Washington Football Team.

If the Eagles can pull off the upset, the Giants will emerge as the NFC East’s division winner.

The Cleveland Browns delivered with their backs against the wall on Sunday, earning a playoff berth with a razor-thin 24-22 win against the Pittsburgh Steelers.

Baker Mayfield went 17-for-27 passing for 196 yards and a touchdown, while running back Nick Chubb led the charge on the ground with 108 yards and a score on 14 carries.

Chubb’s house call put him over 1,000 rushing yards for the season and for the second time in his career. Wideout Jarvis Landry also added a rushing touchdown for the playoff-bound Browns.

Pittsburgh rested a number of key starters with their fate largely decided, as Mason Rudolph filled in for Ben Roethlisberger and went 22-for-39 for 315 yards, a pair of touchdowns and an interception.

The Steelers made the Browns sweat big time with two fourth-quarter touchdowns, but failed to tie the game on a late two-point conversion attempt.

After the Browns recovered the onside kick, Mayfield converted a critical third-and-1 to give Cleveland a fresh set of downs and allowed them to bleed out the clock and end a nearly two-decade playoff drought.

Josh Allen and the Buffalo Bills locked up the AFC’s second seed with a resounding 56-26 win against Tua Tagovailoa and the Miami Dolphins.

Allen went off against Miami, going 18-for-25 for 224 yards and three touchdowns before taking a seat with the game well in hand following the halftime break.

With two touchdowns receiving and a punt returned for a TD, Isaiah McKenzie notched a hat trick of TDs in the contest.

The loss put Miami’s playoff hopes on life support, as their only remaining route to the postseason relies on a Jacksonville Jaguars win against the Indianapolis Colts.

Lamar Jackson and the Baltimore Ravens stayed red hot with a 38-3 pasting of the Cincinnati Bengals, extending Baltimore’s winning streak to five games and securing a playoff bid in the process.

Jackson racked up a final stat line of 10-for-18 with 113 yards passing and a trio of touchdowns, two of which went to Marquise "Hollywood" Brown.

Rookie Ravens running back J.K. Dobbins also enjoyed his best game as a pro, rumbling for a career-high 160 yards and two touchdowns on 13 carries.

Speaking of rushing, Jackson also chipped in with 11 carries for 97 yards, becoming the first quarterback in NFL history to post back-to-back 1,000-yard seasons.

Tom Brady guided the Tampa Bay Buccaneers to their 11th win of the season with a 44-27 victory against the Atlanta Falcons.

Antonio Brown scored for the third straight week, reeling in 11 passes for 138 yards and a pair of touchdowns.

Brady’s 399-yard, four-touchdown day was marred by an apparent knee injury to star receiver Mike Evans, who set a record with seven consecutive 1,000-yard receiving seasons to start his career.

With the win against the Falcons, Tampa Bay secured the top wild card seed and will square off against the winner of the NFC East race.

Minnesota Vikings rookie wideout Justin Jefferson put a cherry on top of his outstanding debut season with a record-breaking effort in a 37-35 win against the Detroit Lions.

Jefferson hauled in nine passes for 133 yards in a back-and-forth contest that had little at stake outside of bragging rights and draft position.

The New England Patriots capped an otherwise forgettable season with a 28-14 win against the New York Jets.

Cam Newton started brightly with a touchdown on New England’s opening possession, and finished the day 21-for-30 for 242 yards, three touchdowns and zero picks.

Newton also scampered for 79 yards on 11 carries in his best game as a Patriot. With his future up in the air after signing a one-year contract, it remains to be seen if this was also Newton’s final game as a Patriot.

One More Matchup For The Ages
Tom Brady and Drew Brees have faced countless big occasions before, yet Sunday’s showdown between the Bucs and Saints feels different.
34 mins ago