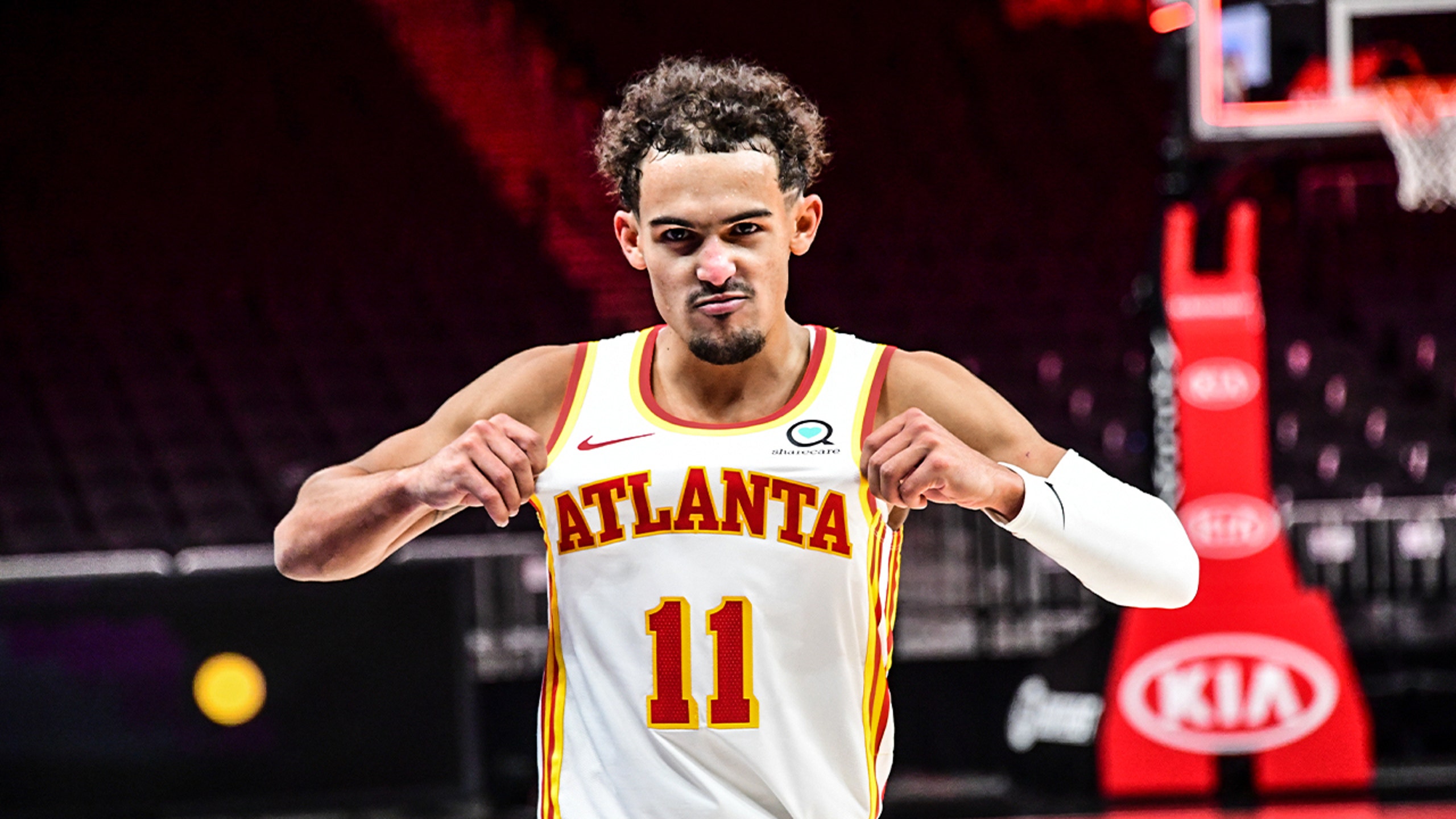 Every day is turning into "Trae Day" in Atlanta.

Trae Young was named to the NBA's All-Rookie First Team in 2019 and an NBA All-Star in 2020. The next step for him was to turn individual success into victories.

And so far this season, the Atlanta Hawks' franchise point guard seems to have found a way to translate his numbers into more wins for his team.

In his past five games, Young is averaging 37.6 points and 7.6 assists. In turn, the Hawks have gone 4-1 and climbed to a 10-9 record to place them sixth in the Eastern Conference.

On the season, Young is averaging 27 points and 8.6 assists per game, numbers that put him on track to make his second straight All-Star appearance in his third season.

Through 19 games, the Hawks are already halfway to their 2020 win total of 20, with the young team appearing poised to end a three-year playoff drought.

Young has had help turning the Hawks into a legitimate playoff threat this season in the form of second-year forward De'Andre Hunter, as pointed out by Jonathan Tjarks of The Ringer.

"The No. 4 pick in the 2019 draft is one of the most improved players in the league this season. His emergence is the reason Atlanta might finally be on the other side of a painful rebuild. Young now has a running buddy who doesn’t rely on him for success."

But make no mistake: The success of the Hawks falls predominantly on Young's shoulders.

The No. 5 overall pick of the 2018 NBA Draft, Young has proven himself worthy of the investment early in his young career, and his impressive court vision and deep range on his jumper have garnered comparisons to Golden State Warriors guard Stephen Curry.

It didn't help to simmer the comparison when Young recently became the fastest player to 400 made 3-pointers in NBA history.

This came in the same season that Curry passed Reggie Miller on the all-time made 3-pointers list.

Both players are dominant scoring threats with an affinity for deep 3-pointers, but their stats through their first three seasons highlight some differences between them.

Young is averaging 24 points per game in his career so far. Curry didn't average more than 18.6 points in any of his first three seasons.

However, young Curry has an edge on young Young in efficiency, shooting at least 46.2% in each of his first three seasons, while Young is a career 42.7% shooter from the field thus far.

It's still early, but if Young can continue to follow the path Curry laid, that will spell good news for the Hawks and the city of Atlanta.

In other words, all those "traes" might pay off.

Nick Wright's NBA Player Pyramid
Nick Wright is back causing a ruckus with his pecking order of NBA players. Take a look at how he stacks up the biggest stars.
3 hours ago

Paid Time Off
The rarest of NBA occurrences is set to take place on Wednesday in Sacramento: LeBron James will miss a game to rest.
6 hours ago

Coming Of Age
Zion Williamson is having a historically dominant season and is turning the Pelicans into must-see viewing, Martin Rogers writes.
19 hours ago

Big Battle
Who would you rather have, Joel Embiid or Nikola Jokic? Skip Bayless and Shannon Sharpe opened up the debate on "Undisputed."
22 hours ago
those were the latest stories
Want to see more?
View All Stories
Fox Sports™ and © 2021 Fox Media LLC and Fox Sports Interactive Media, LLC. All rights reserved. Use of this website (including any and all parts and components) constitutes your acceptance of these Terms of Use and Updated Privacy Policy. Advertising Choices. Do Not Sell my Personal Info