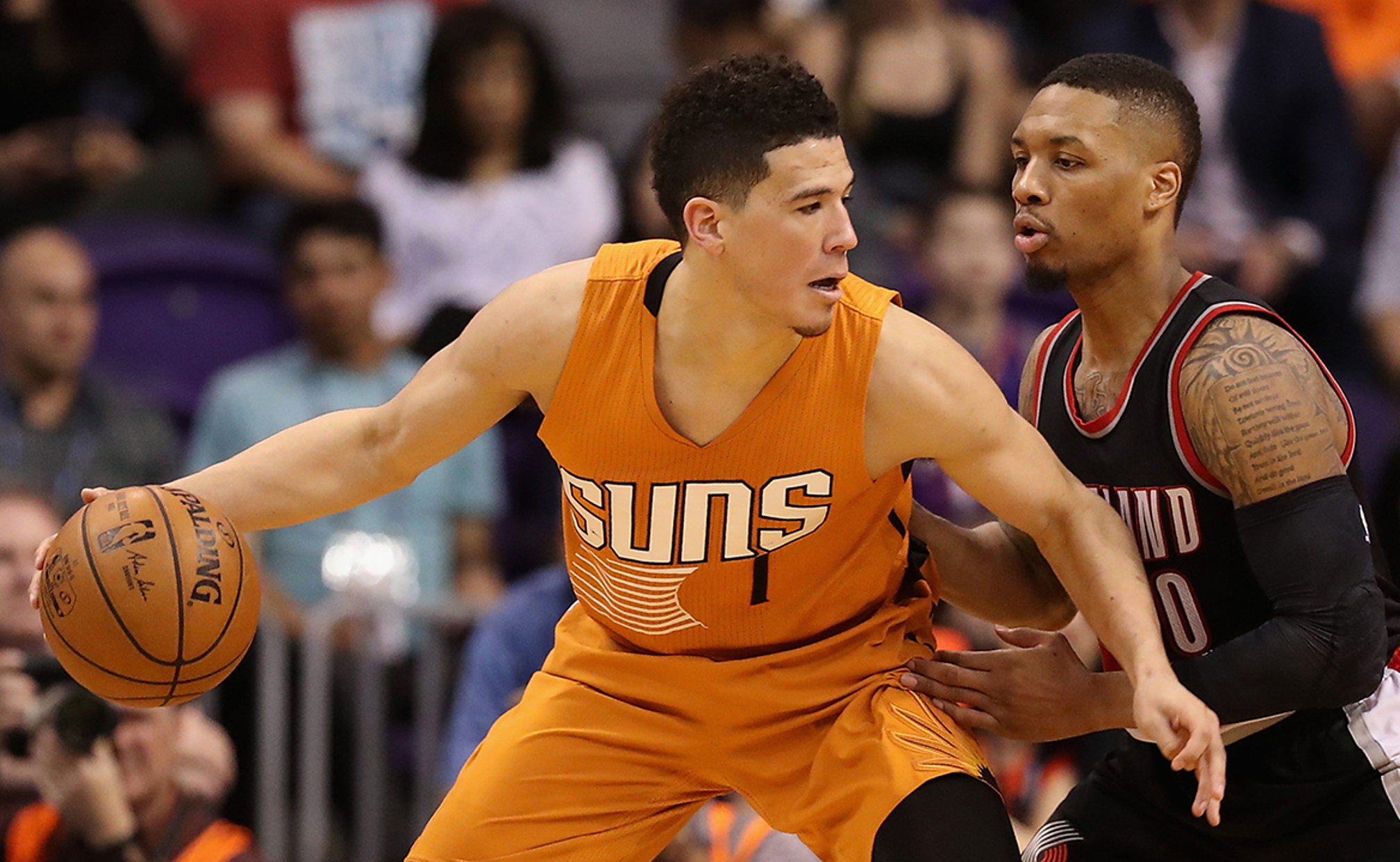 previous story
How To Bet The NBA Playoffs
next story
Should The Lakers Fear The Blazers?
National Basketball Association

The NBA announced its bubble awards on Friday and most anticipated a tight race between Portland Trail Blazers guard Damian Lillard and Phoenix Suns guard Devin Booker for Bubble MVP.

However, the race ended up being a landslide, after Lillard won the award unanimously, receiving all 22 first-place votes

After averaging 37.6 points in eight games and leading the Blazers to the 8th seed and a berth in the Western Conference playoffs, Lillard was indeed a worthy choice for the award.

But was he the right choice? Skip Bayless begs to differ.

"The guy who should have been the MVP, Devin Booker, who simply took over a much younger team than Dame's team and led it to 8-0, beating seven of eight playoff teams by a margin of victory that was 13 a game, compared to Dame and company's 3 a game."

Booker averaged 30.5 points per game and led the Suns to wins over Dallas, the Los Angeles Clippers, Indiana, Miami, Oklahoma City, Philadelphia and Dallas for a second time.

Against a common opponent – the Clippers – Lillard scored 22 points, but missed two free throws in the game's final seconds that would have given Portland the lead.

On the flipside, Booker scored 35 points on LA, and knocked down the most iconic shot in the bubble so far:

Former NBA center Kendrick Perkins agreed with Bayless, also citing how the Suns exceeded expectations in the bubble because of their young superstar guard.

"Not one person, including myself, was talking about or gave the Phoenix Suns a chance of making the eighth seed. Devin Booker averaged 31 points, 6 assists, and 4 rebounds. No one even expected them to make noise like that."

Still, as impressive as Booker's two-week reign over the NBA was, Shannon Sharpe maintained that Lillard was the no-brainer decision for Bubble MVP.

"You talk about a guy who averaged 37 points a game. He's almost 10 assists a game. And you look at fourth quarter scoring, fourth quarter assists – he led in that. He created 61 points per game ... He shot twice as many threes and shot 12% higher from the three-point line than Devin Booker."

Lillard's hot streak didn't just catch the eye of the MVP voters – it also stood out to Anthony Davis of the Los Angeles Lakers, the West's top-seed and Portland's first round playoff opponent.

"He's balling right now. He's hot. He's doing whatever he can do to make his team win. He's carrying the load ... You gotta do your best to contain him."

Booker and the Suns have left the bubble, while Lillard is preparing to face the Lakers on Tuesday.

Fans will soon find out if Lillard has another magical stretch up his sleeve in Orlando, or, similar to Booker, he will soon see his bubble burst.

Two Sides to a Title
Pat Riley can't help but wonder what the 2020 NBA Finals would have looked like if both squads were at full strength.
5 hours ago