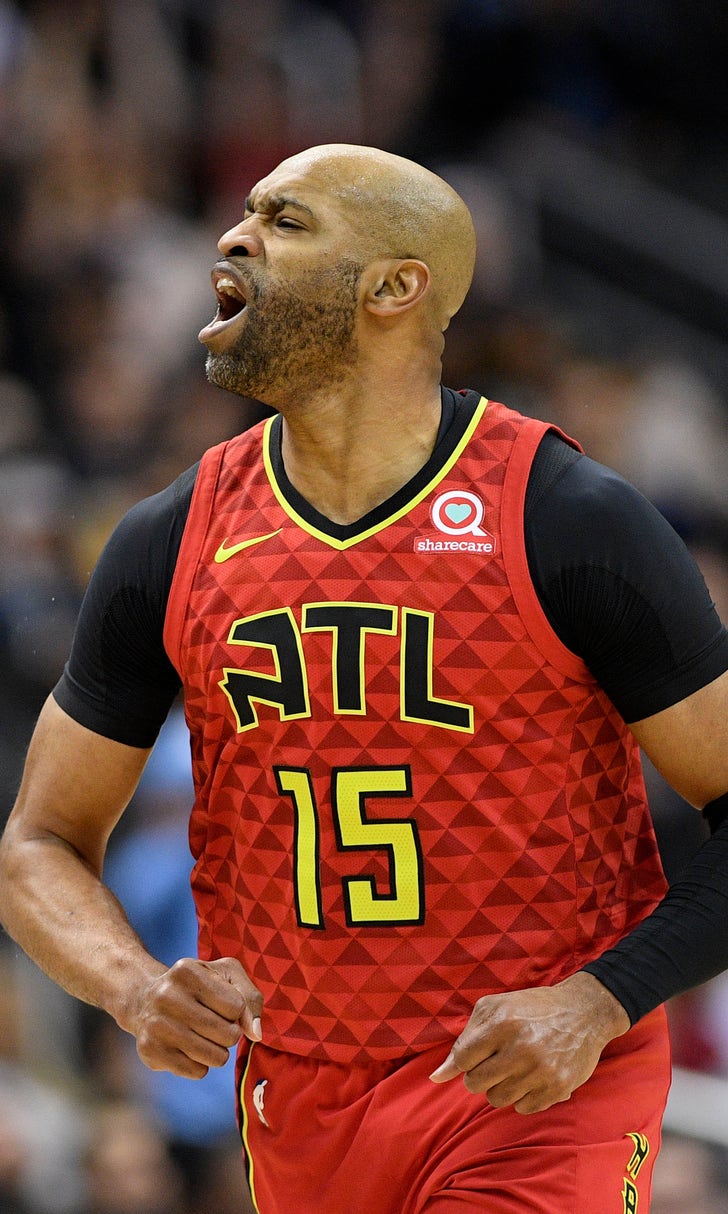 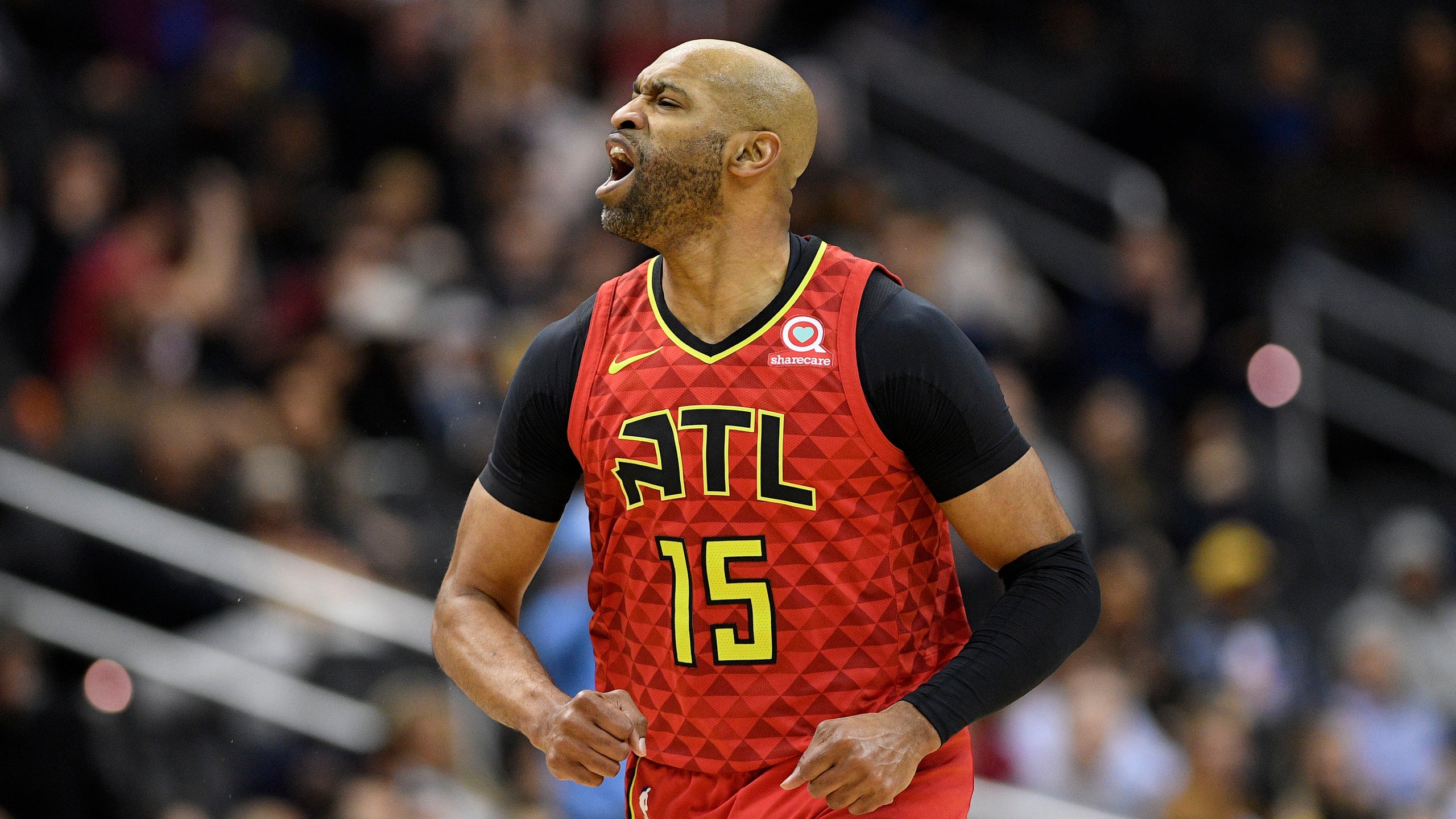 WASHINGTON (AP) — As the old man on an Atlanta squad jammed with youngsters, Vince Carter knew what challenges the longest road trip of the season would present.

Now he's the reason the Hawks are heading home on a rare high.

The 42-year-old Carter scored 16 points in 16 minutes after halftime, helping Atlanta hold off the Washington Wizards 137-129 on Monday night to complete their seven-game trip with four wins.

"We've never been in a situation where we've played two weeks. Everybody is tired," said Carter, 12 years removed from his eighth and most recent All-Star appearance. "And we find a way to close a road trip and we didn't lay down."

With center John Collins exiting at halftime due to a cut on his face, Carter came on midway through the third quarter to a notable ovation from the Washington crowd and promptly hit his first three shots — including two 3-pointers.

He finished 6 of 8 from the floor and 4 of 6 from beyond the arc to help the Hawks stay up by multiple possessions throughout the second half after nearly giving back a 19-point advantage in the first.

"He knew John was out," said Atlanta coach Lloyd Pierce, whose team was 6-19 on the road prior to this trip. "He knew we needed every boost that we could get from another guy, and he was that guy tonight. It's just a lot of fun as a fan. I think the fans here started rooting for Vince regardless of who they were really rooting for."

Taurean Prince scored 12 of his 21 points in the fourth quarter, and rookie Kevin Huerter added 19 points for the Hawks. Each hit five of Atlanta's 20 3-pointers. Collins finished with 15 points and 11 rebounds, Omari Spellman had 16 points and 10 rebounds, and Trae Young added 10 points and 10 assists.

Nine players reached double figures for the Hawks, who outrebounded Washington 51-39 and finished 20 of 41 from behind the arc.

"Our whole team (is) probably just ready to get home," said Huerter, who hit two 3s during an early 16-2 run that put Atlanta up 28-16 late in the first quarter.

Bradley Beal had 18 of his 27 points in the fourth for the Wizards, who slipped into a 10th-place tie with Orlando in the Eastern Conference playoff race, three games back of eighth-place Miami.

Jeff Green scored 26 points, Trevor Ariza had 25 and Jordan McRae added a season-high 20 off the bench for Washington, which has 29 games left to make up ground.

"We've got to use these to our advantage to try to put ourselves in a position to get in the playoffs, and I think we will," Green said.

In Huerter's second game in Washington, fewer than 10 miles from where he played college ball at Maryland, he started quickly before a crowd that included several former teammates.

"Hopefully I'm going to see a couple of them," Huerter said. "They're having a great season. They play Wednesday. I'll return the favor and I'll be watching them, too."

McRae has appeared in Washington's last five games after making only eight appearances before that. All three of his double-digit performances have come in those five games.

"I'm just going out there and playing hard," he said. "If I see an opening, I take it."

Wizards: Started 0 for 10 from 3-point range before Tomas Satoranksy made one with 9:18 left in the first half. They finished 12 of 38. ... Beal picked up his third foul with 8:41 left in the first half and sat until the break. ... Reserve F Troy Brown sat out and will miss at least one more game with an ankle injury.

Wizards: At the Milwaukee Bucks on Wednesday night.