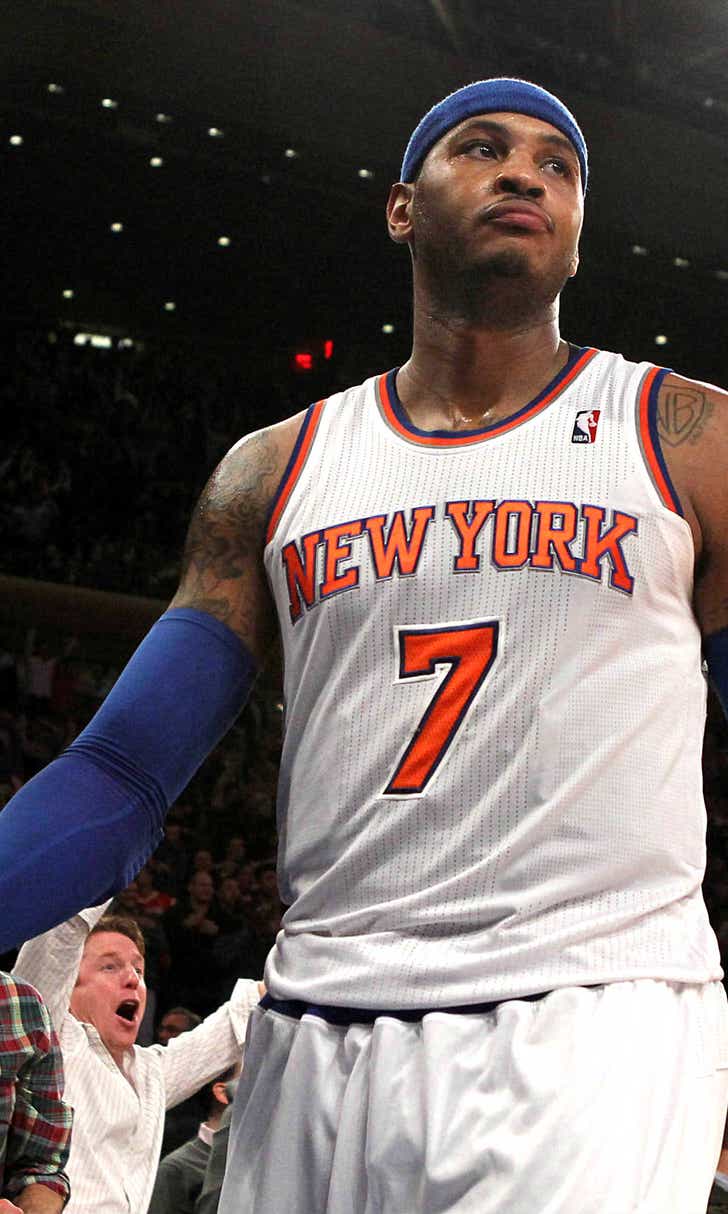 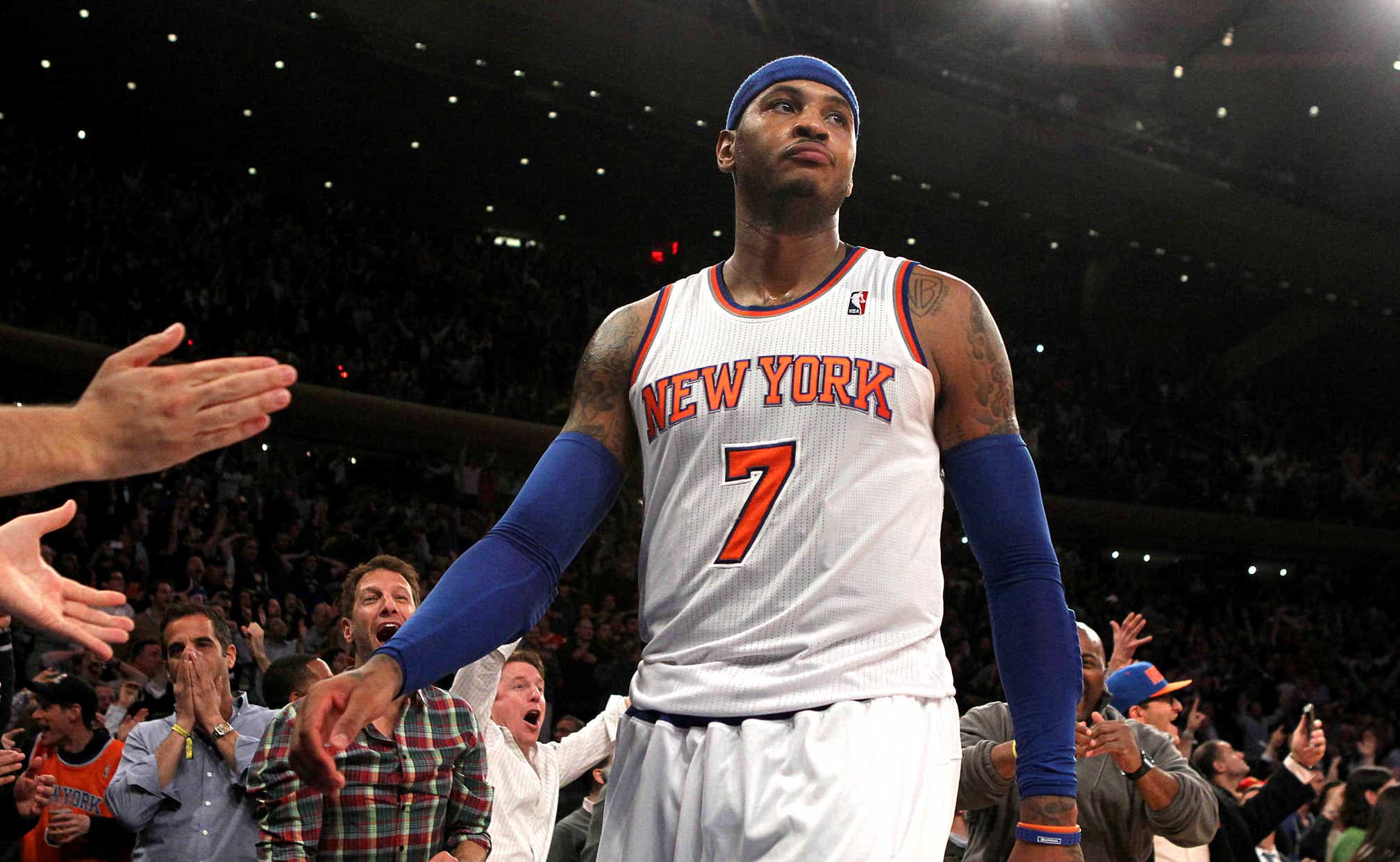 Players, as well as teams, find value in contracts below maximum 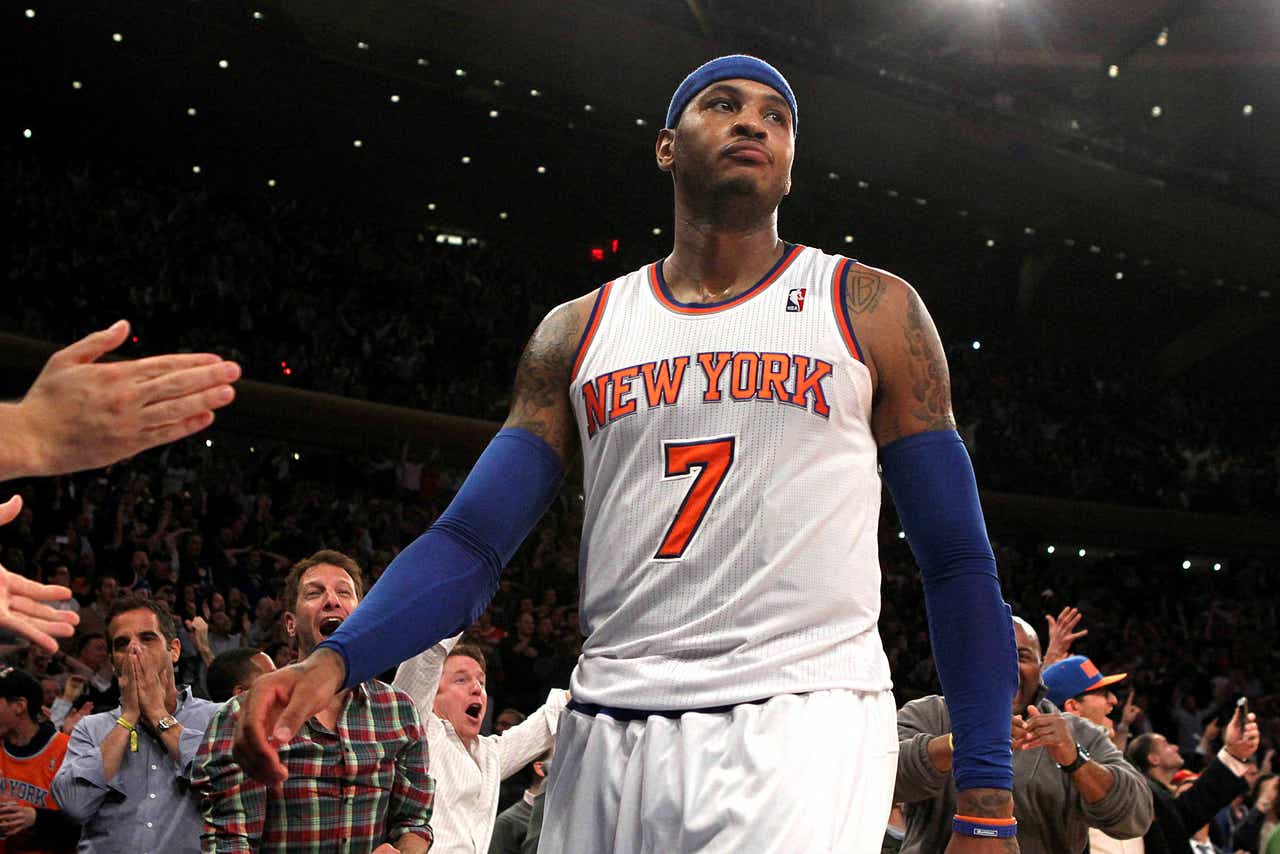 Phil Jackson sought to clear something up: Suggesting Carmelo Anthony take less than a maximum salary wasn't his idea.

It was Anthony, Jackson noted, who first brought up leaving money on the table to help build a winning team.

Now it's about time to see if the All-Star forward will -- and if it would be in New York.

Free agency opens Tuesday, and it's no longer just a means for players to make their situations better. That might be Anthony's goal, but for players such as LeBron James and Dirk Nowitzki, improving their teams might be the biggest benefit.

The maximum contract was long one of the true validations of players. But even the very best realize now that if a teammate also makes the max, a team risks having half the salary cap tied up in two players.

"I think it puts limitations on a team," said Jackson, the Knicks president. "What happens is then you end up having two or three players that have big contracts and everybody else is either your veteran minimums or young players that are coming in, or you just don't have that middle ground of a player that's a veteran, comfortable, leadership-quality people. I think that Miami explored it and I think they got the most out of it. I'm wondering what direction it's going to go now."

James, Dwyane Wade and Chris Bosh accepted a little less than max salaries in 2010, allowing Miami to sign all three and afford help around them. Doing so again now could allow the Heat to replenish their roster, which would have been nearly impossible if they had decided to keep playing under their existing contracts.

Nowitzki seems committed to staying in Dallas and giving the Mavericks a discount to afford complementary pieces. The best example of seeking depth over dollars may be Tim Duncan on the NBA champion San Antonio Spurs. He could be paid less than half what Anthony will make next season.

"This whole thing of him opting in for $10 million and we're talking about other players having to settle for mid-20s, it's sort of laughable that Duncan is not getting what he should be getting, for all that he means to that franchise," said ESPN analyst and former NBA general manager Tom Penn. "But he's given back. The others have followed his lead."

Some players only get one chance to cash the big check, so it may be hard for Toronto's Kyle Lowry, Indiana's Lance Stephenson or Brooklyn's Shaun Livingston to think of team over self coming off their best NBA seasons.

Anthony may be fine leaving money behind. But offered something too low, and perhaps he'd leave the Knicks instead.

He isn't the best player available but might be the best one attainable. While James is expected to remain in Miami, Anthony might be persuaded -- perhaps even eager -- to move if he doesn't think Jackson can build a winner in New York.

"It's a big question because there's so many things that can happen out there that we really don't know. With LeBron getting in this free agency and all this stuff, it's kind of tipsy turvy right now. We don't know what all that means," Jackson said before the NBA draft.

Anthony can make more than $125 million over five years with the Knicks, depending on next season's salary cap figures. He could only get a four-year deal with another team, according to NBA rules, and could make around $30 million less.

And though Jackson has said he "challenged" Anthony to take less so the team could be rebuilt faster, he hasn't ruled out offering the max.

"I think there's going to be things that are going to be happening in the near future in the NBA that's going to grow this league and I think monetarily it's not going to end up being an issue for us to do that," he said.

So perhaps Anthony could get the max. But given that the two NBA finalists were built around guys not taking it, maybe he, like the Knicks, should want otherwise.

"I challenged him on that," Jackson said, "because I wanted our fans to see, you know, that he's a team player, that he was going to do what was best for this team to get ahead farther and faster."