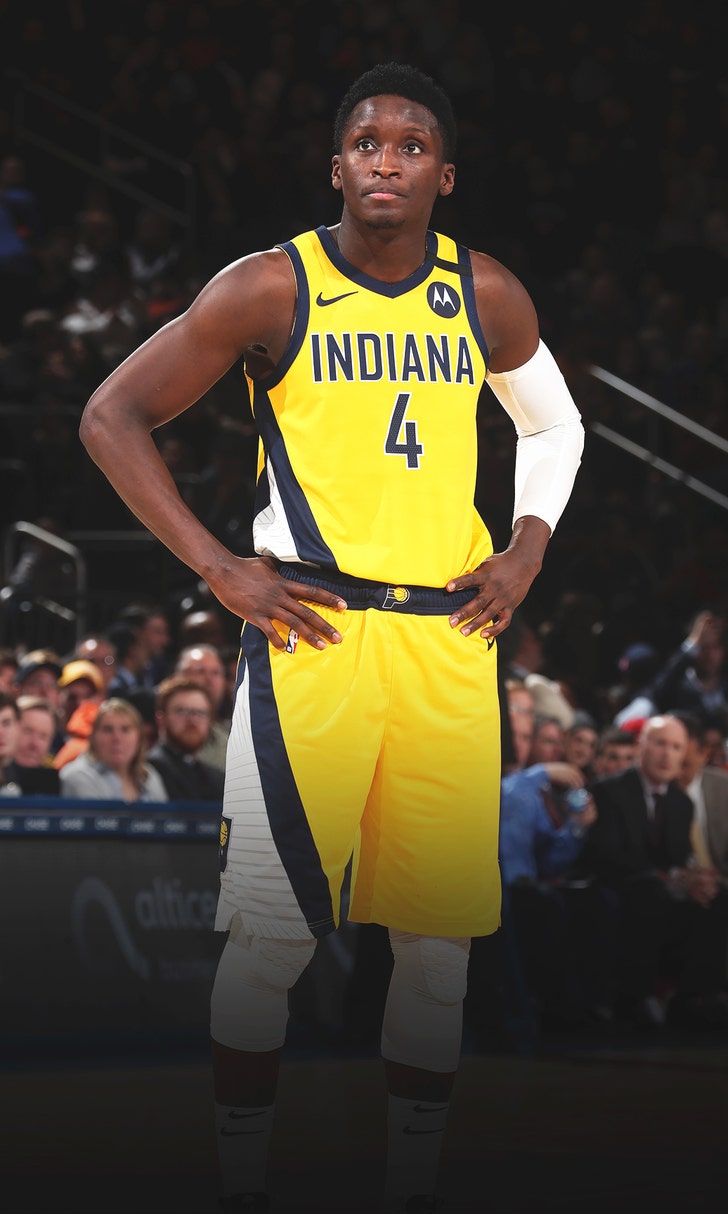 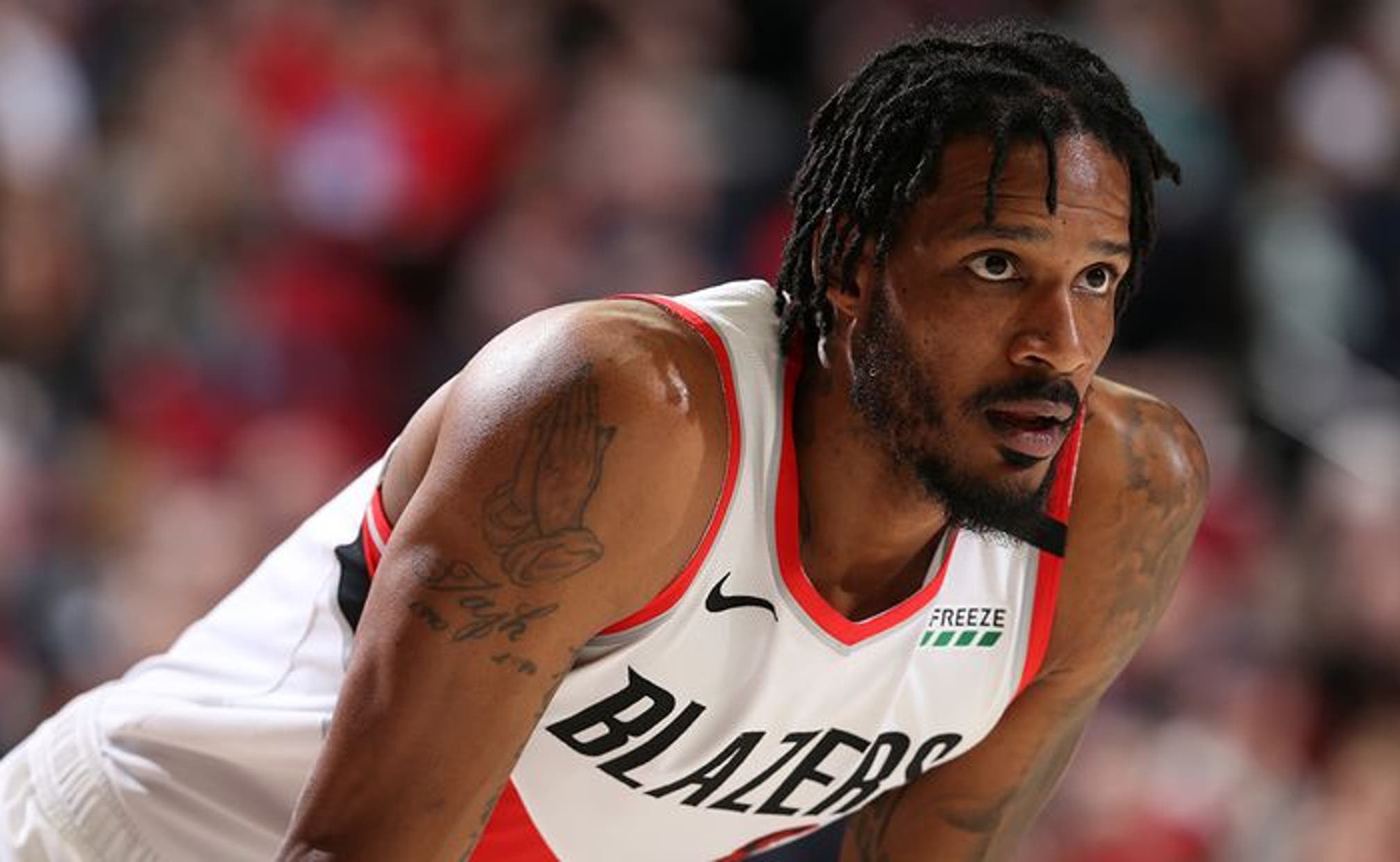 NBA Tracker: Who's Out of the Bubble

With the NBA set to return at the end of July, there will be some faces we won't see in the bubble when the season resumes, as the coronavirus numbers continue to rise in Florida.

Florida added 4,049 new cases Saturday, which broke the previous single-day record of 3,822 set Friday. In all, the state has set records for single-day cases in seven of the past 10 days and is approaching 94,000 infections.


In addition to the resurgence of the coronavirus, between upcoming free agency, injury risk after a four-month hiatus, and the desire to focus on racial injustice, players are weighing their options in regards to entering the NBA bubble at Walt Disney World Resort.

The deadline for athletes to alert their team if they decide to sit is June 24, and a few have already determined they will not be playing.

There is no penalty for players that decide to sit out the rest of the season, beyond losing a fraction of their salary.

Keep track of whose season will end before their teams travel to Orlando:

Los Angeles Lakers guard Avery Bradley has decided to forgo the remainder of the season.

The guard will stay with his family instead of traveling to Orlando, mainly due to the health concerns revolving around his 6-year-old son, Liam.

Bradley has also been at the forefront of the movement to potentially forgo the remainder of the season in order to fight for social justice and racial equality, acting as a co-leader with Brooklyn Net's Kyrie Irving of a players coalition.

The 44-game starter has been a crucial 2-way player for the Lakers, and has averaged 8.6 points and 2.3 rebounds per game this season.

The Lakers are allowed to sign a replacement player to the roster in order to make up for Bradley's absence, and according to reports, free-agent JR Smith is a likely candidate.

Denver Nuggets All-Star center Nikola Jokic tested positive for the coronavirus in Serbia, delaying his return to the United States.

Mandatory individual workouts for the Nuggets begin on July 1. However, after Jokic returns to the team, he must complete a cardiac screening and test negative for coronavirus before he can return to practice.

The Joker lost 40 pounds and focused on his fitness during the NBA's pause in play.

Former Laker DeMarcus Cousins out until next season

One of the hottest free agents on the market will reportedly sit out the remainder of the season. According to Shams Charania of The Athletic, DeMarcus "Boogie" Cousins will not participate in the rest of the season, instead choosing to continue rehabbing his torn ACL.

The playmaking center made two All-NBA teams with the Sacramento Kings and New Orleans Pelicans before his career became plagued with injury.

Cousins missed the second half of the 2017-18 season with a torn left Achilles, and didn't resume play until January of the 2018-19 season. He then tore his left quad in the first round of the 2019 NBA playoffs, although he did return in time for last year's NBA Finals with the Golden State Warriors.

This past offseason, Cousins signed a one-year deal with the Los Angeles Lakers, but suffered a torn left ACL during the preseason and was waived by the team in February.

Turning 30 in August, the veteran center opted to sit in order to be fully healthy for a return next season.

Dallas guard Courtney Lee injured his left calf during the break in play and will be unable to return to the court for the NBA restart.

Lee became a part-time starter for the Dallas Maverics after Jalen Brunson injured his right shoulder. The veteran played in 14 of the team's last 17 games, and started in five of the past six, including a 113-97 win over Denver on March 11 before the league-wide shutdown. He averaged 6.6 points in 22.8 minutes per game during March.

Dallas will look to bolster their roster before heading to Orlando, and waive Lee in order to sign a replacement player.

Portland Trail Blazers forward Trevor Ariza has decided not to return to the league for the remainder of the season, and instead, will commit to a one-month visitation window with his son.

Ariza, a starter, has been involved in a custody case over his 12-year old son, and the mother's choice of granting a court-ordered one month visitation period during the league's quarantine of teams in Orlando left Ariza to choose those parenting responsibilities over competing with the Blazers in the 22-team re-start, sources said.


The forward averaged 11.0 points and 4.8 rebounds in 21 games for the Trail Blazers this season before play was suspended. He began the year with the Sacramento Kings, but was traded to Portland in January.

Washington Wizards forward Davis Bertans is the first non-injured player to pull out from the restart.

Scheduled to be a free agent, coming off his best professional season yet, Bertans has opted to sit out the remainder of the season, mainly due to his history of injury.

The 28-year old tore his right ACL twice – once in June 2013 with Partizan Belgrade, and later in March 2015 with Baskonia in the Spanish League – before joining the NBA in 2016.

In his first season with Washington, Bertans posted career highs in points (15.9) and minutes (29.3) while shooting 42.4% from three on over eight attempts per game.

"As an organization, the Wizards are fully supportive of his decision to stay back from the league's 22-team restart and remain determined to sign him in free agency, sources said."

After recovering from a torn quad tendon for nearly a year, the All-Star guard resumed play in January, but only saw the court for 13 games before the league shut down.

Oladipo is set to practice with the Pacers and assess how his body feels before making a decision on playing the remainder of the season. While he told ESPN he feels strong, he wants to limit the risk of re-injury.

“I feel a whole lot better,” Oladipo told ESPN on Saturday. “I know there’s risk going into it with the unique situation that I’m in — being off so long and trying to ramp it up that fast. I’ve just got to be smart, that’s all.”


Oladipo averaged 13.8 points and 3.2 rebounds in 13 games this season, but he had his best game of the season on March 10, dropping 27 points against the Boston Celtics, prior to the stop in play the next day.

Now, let's take a look at some of the players that could have possibly returned from injury for the resumption of the season, but will instead focus on preparing for next season.

Washington's John Wall out until next season

Washington Wizards John Wall ruptured his Achilles tendon in December of 2018 and hasn't played since. Despite news that he is fully healthy, the five-time All-Star will not return until next season.

In a recent interview, Wall was asked if he'd consider returning in the NBA bubble.

"I won't play at all. I will wait until next season. The decision has been already made."

NBA superstar Kevin Durant suffered an Achilles tear in Game 5 of the 2019 NBA Finals, and was expected to miss the entire 2019-20 season.

And despite the extra time to recover and positive progress in his healing process, the 2-time Finals MVP will not see the floor in Orlando with the Brooklyn Nets.

"My season is over," Durant told The Undefeated's Marc Spears. "I don't plan on playing at all. We decided last summer when it first happened that I was just going to wait until the following season. I had no plans of playing at all this season."


Brooklyn's Kyrie Irving out due to injury, social justice issues

Duran'ts teammate, Kyrie Irving, will also miss the remainder of the season while he recovers from a March shoulder surgery to repair a shoulder impingement.

Irving has also made it known he is against resuming the season amid the nationwide unrest following the death of George Floyd on May 25.

Utah Jazz forward Bojan Bogdanovic underwent season-ending wrist surgery in May to repair a ruptured scapholunate ligament, and will not be eligible for the restart.

Bogdanovic injured his wrist during the 2018-19 season, and the surgery will allow him to fully recover before the start of next season.

The team's second-leading scorer averaged 20.2 points this season and shot 41.4% on 3-pointers. The Jazz made significant changes to their roster last season, and signed Bogdanovic to a four-year, $73 million free agent deal.

He will miss the remainder of the season.

Oubre was the Suns' third-leading scorer at 18.7 points per game, and he was second on the team in rebounding, averaging 6.4 rebounds a night.

A Culture Unlike Any Other
From top to bottom, the Miami Heat have earned every single bit of their NBA Finals berth, Charlotte Wilder details.
16 hours ago