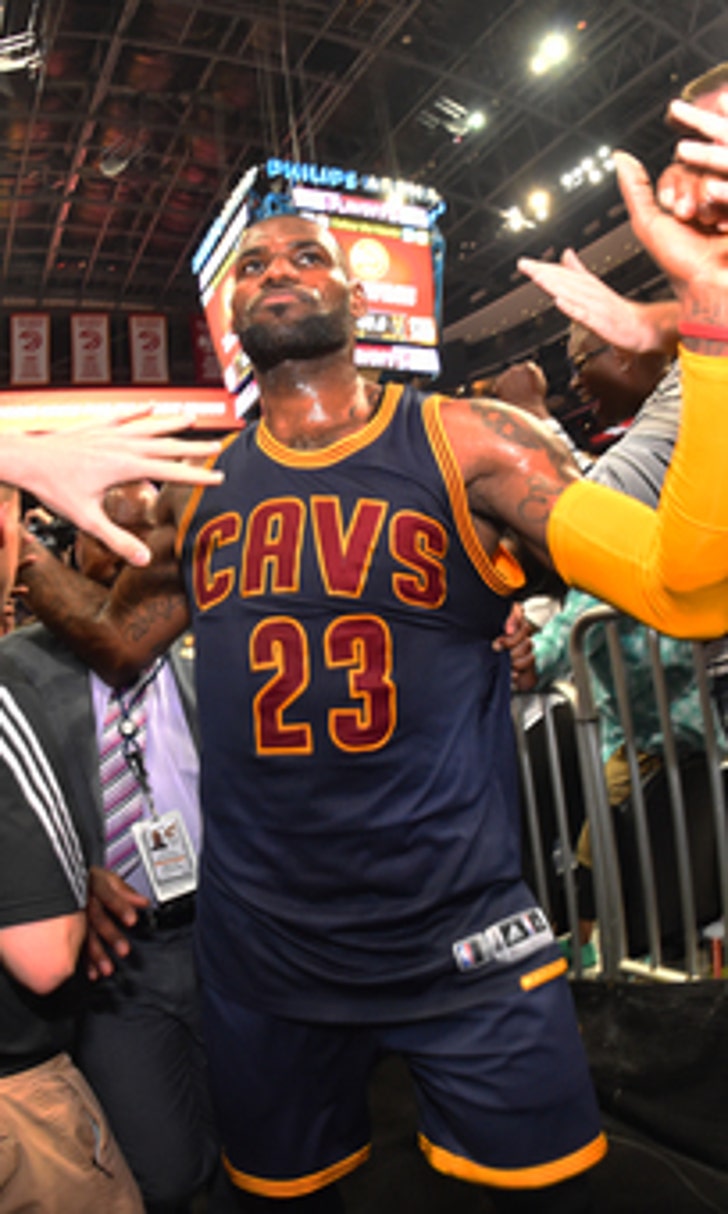 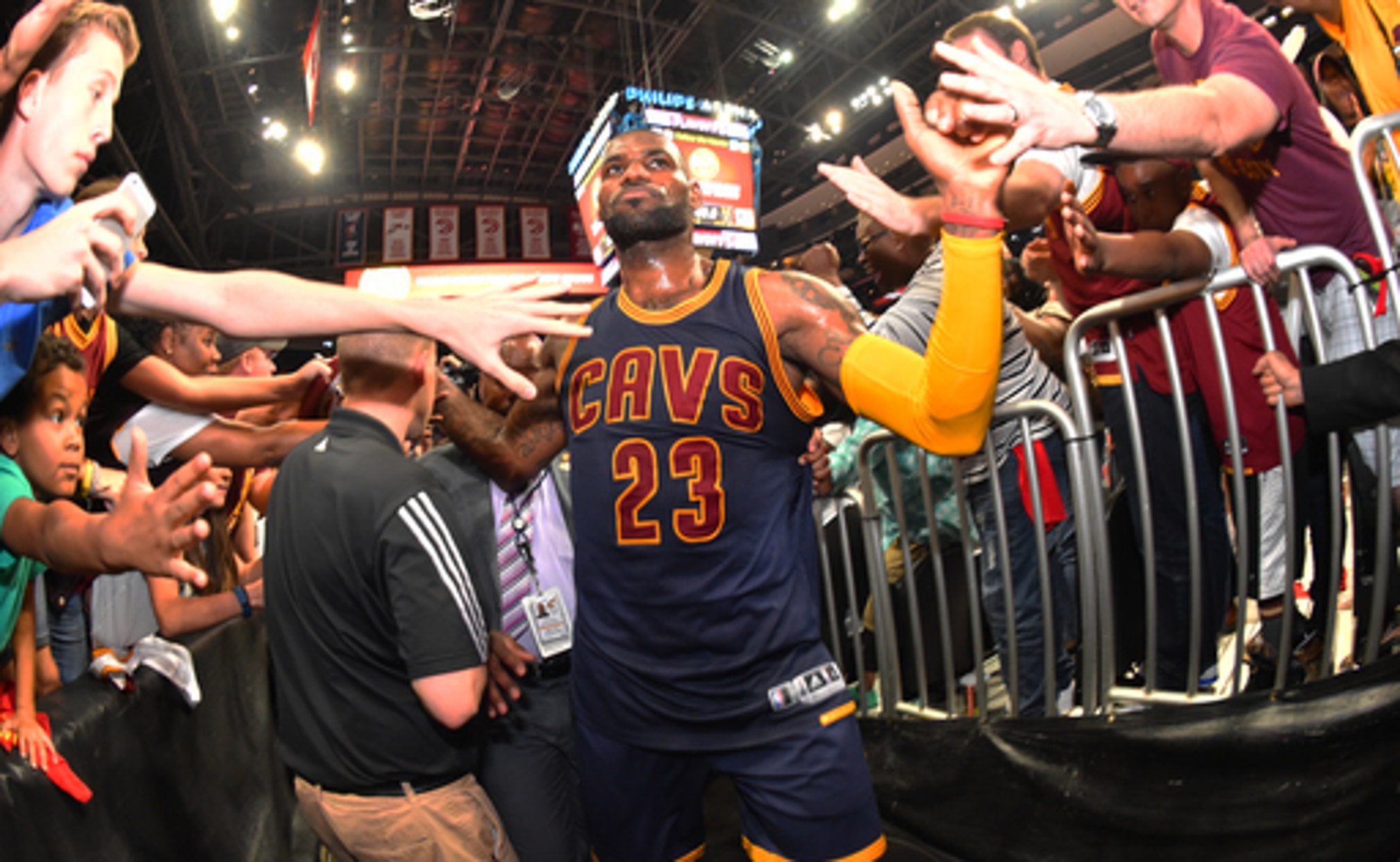 LeBron says his retirement from NBA is 'up to my kids' 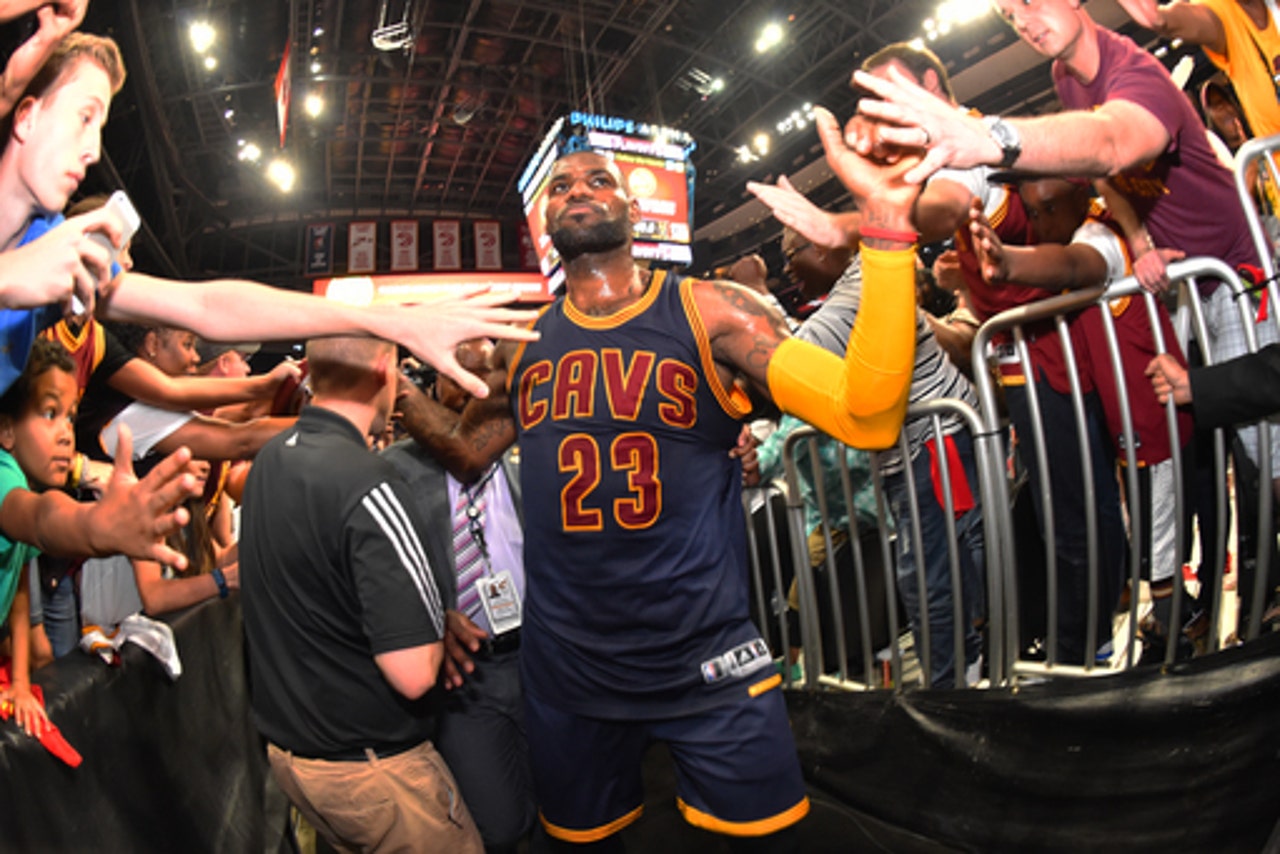 The NBA superstar, who is making another run toward a title with the Cleveland Cavaliers, said Thursday that he will extend his playing career only as long as his three children will let him.

''It's kind of up to my kids, really,'' said the 31-year-old father, who is in his 13th season as a pro. ''I've missed so much of my kids' tournaments and things of that nature when I'm playing. So, it's kind of up to them. They'll let me know when they're tired of seeing me go away.''

James and his wife, Savannah, have two sons and a daughter: 11-year-old LeBron Jr., 8-year-old Bryce and 19-month-old Zhuri. Both boys play basketball.

The Cavs have been in limbo since completing a four-game sweep of the Atlanta Hawks, Cleveland's second sweep of these playoffs. The team has spent the past two days practicing while waiting to see if it will play the Toronto Raptors or Miami Heat in the Eastern Conference finals. The Raptors lead the Heat - James' former team - 3-2 in their series, which continues Friday night.

James has never given a firm timetable on how long he intends to play, but the four-time MVP isn't showing any signs of slowing down. He keeps himself in impeccable physical shape and has done more to preserve his body this season by playing fewer minutes.

He's into yoga and maintains a healthy diet that sometimes gets ruined.

A Big Liability In Brooklyn
A Nets title would spell bad news for oddsmakers. Yet that was true even before the James Harden trade, Sammy P explains.
9 hours ago

Onward in H-Town
The Harden era has ended. But with Victor Oladipo joining John Wall and DeMarcus Cousins, redemption is possible in Houston.
22 hours ago

Blockbuster Sends Harden To Brooklyn
James Harden is headed to Brooklyn after the Rockets and Nets agreed to a four-team trade involving the Cavs and the Pacers.
2 days ago
those were the latest stories
Want to see more?
View All Stories
Fox Sports™ and © 2021 Fox Media LLC and Fox Sports Interactive Media, LLC. All rights reserved. Use of this website (including any and all parts and components) constitutes your acceptance of these Terms of Use and Updated Privacy Policy. Advertising Choices. Do Not Sell my Personal Info