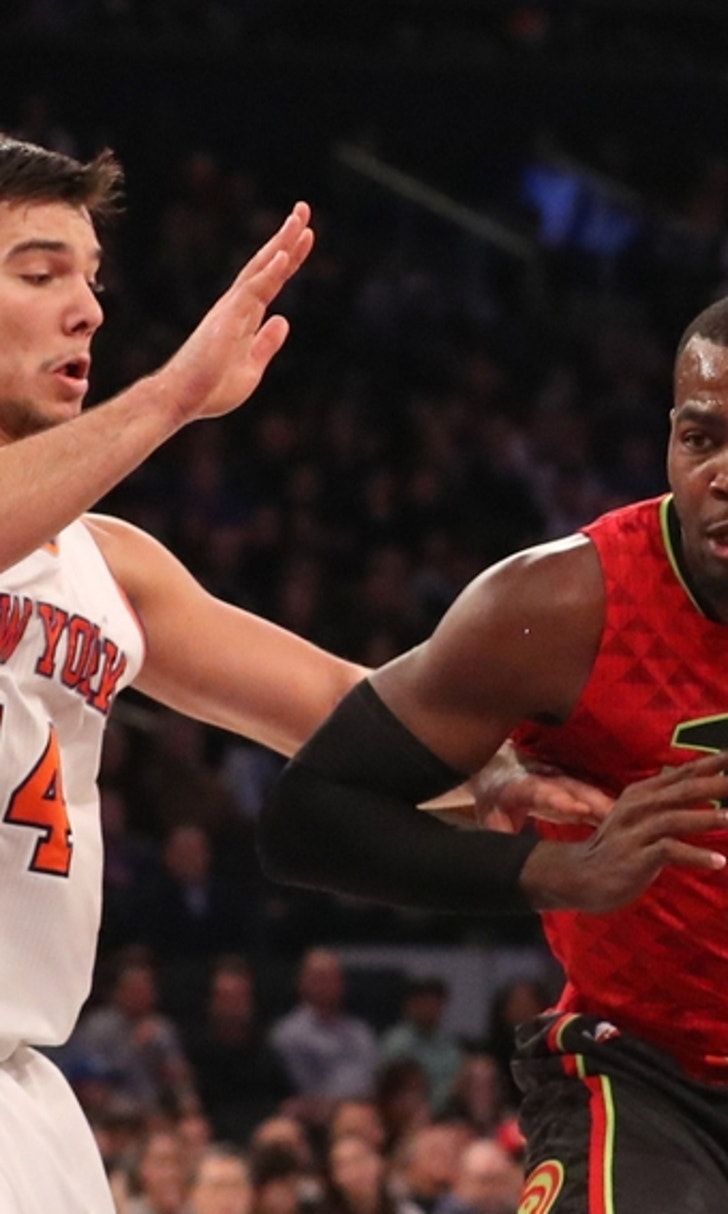 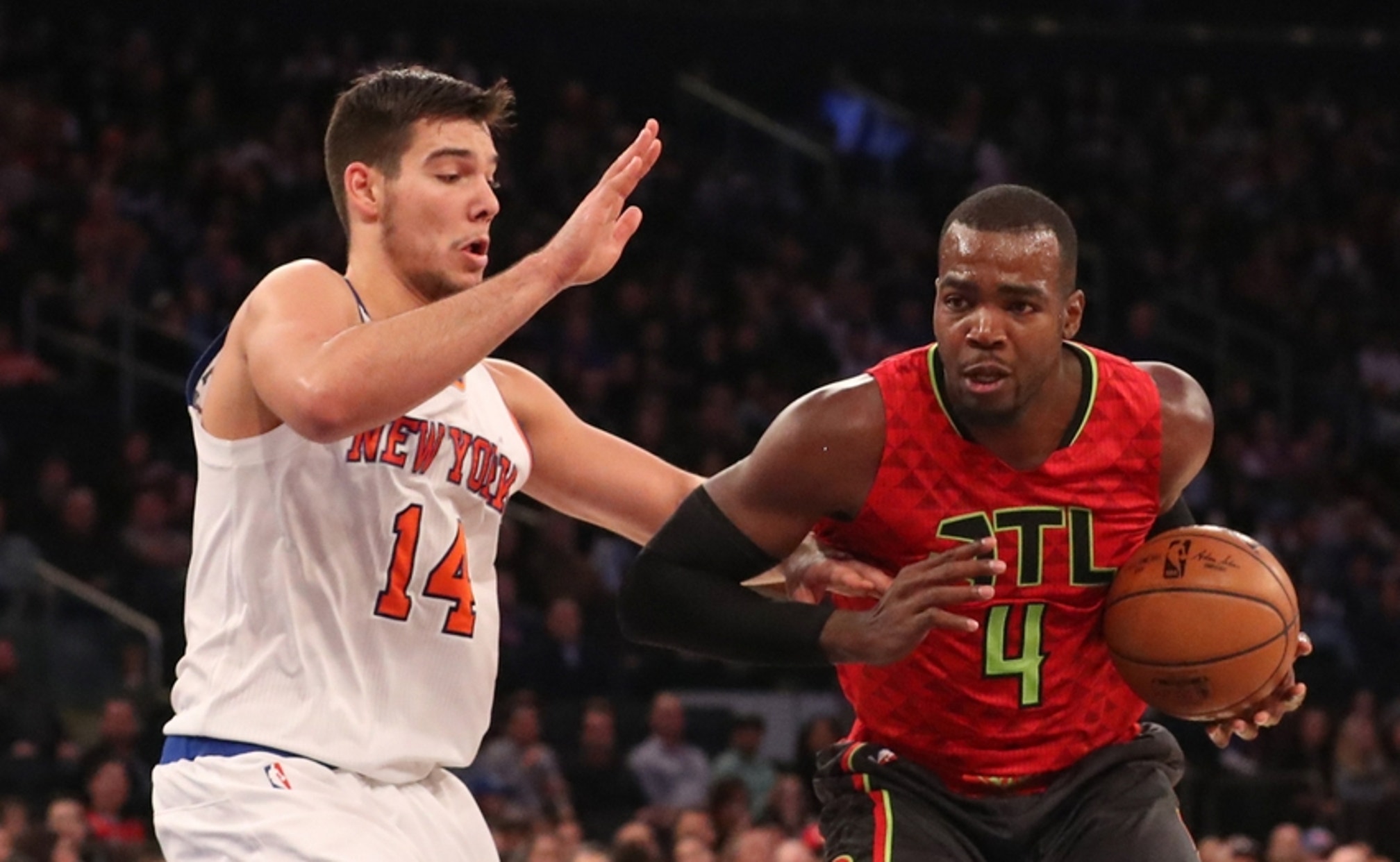 BY Fansided and Maxwell Ogden/FanSided via Daily Knicks • January 2, 2017
share

The Atlanta Hawks are reportedly listening to trade offers for star power forward Paul Millsap. The New York Knicks should make a run at the three-time All-Star.

The New York Knicks have a rare opportunity to alter the trajectory of the organization for years to come. Though there are a number of players on the open market already, the most recent development may be the one to focus on.

According to Marc Stein of ESPN, the Atlanta Hawks are fielding interest and listening to trade offers for Paul Millsap.

The Knicks should jump at this opportunity.

Millsap is a three-time All-Star and a one-time All-Defensive Second Team honoree. He’ll turn 32 years of age on February 10, which could come mere days before he plays in his fourth career All-Star Game.

Millsap isn’t necessarily a lock for the 2017 All-Star Game, but he’s one of the most well-rounded players in the NBA.

Millsap is currently averaging 17.4 points, 8.0 rebounds, 3.7 assists, 1.6 steals, and 0.9 blocks per game. He’s also averaging 1.1 3-point field goals made per game in a clear reflection of his complete offensive game.

The question is: what makes Millsap the special player that he is and why should the New York Knicks make a run at acquiring him?

The New York Knicks have the potential to be one of the most dominant offensive teams in the NBA. There are a number of dynamic scoring threats and crafty playmakers, as well as a head coach who specializes in putting points on the board.

Given the rather sporadic nature of the Knicks’ offense, it’s safe to believe that adding a star on that end of the floor would be beneficial.

Though Jeff Hornacek is a brilliant offensive mind and his stars are legitimately dynamic, but New York hasn’t been as efficient or effective as it should be.

At 15-7 when they dish out at least 20 assists and 1-10 when they fail to, the Knicks need a player who can create for others.

The Atlanta Hawks have been one of the most efficient offensive teams in the NBA under head coach Mike Budenholzer. One of the primary reasons the Hawks have been so effective is the presence of power forward Paul Millsap.

Millsap may not be elite in any one area, but he’s one of the most well-rounded and versatile offensive players in the NBA.

Millsap can attack from the low post, drive from the top of the key, score from midrange, space the floor from beyond the arc, and facilitate. His versatility has translated from the regular season to the playoffs.

Millsap has played in 81 playoff games and started 36, which includes the 2016 game when he posted 45 points, 13 rebounds, three assists, four blocks, and two steals.

Millsap’s ability to step out and space the floor is reason enough to value his presence on the offensive end of the floor. The fact that he can handle the ball and facilitate creates an even stronger value on offense.

Millsap isn’t a star because of any one area of focus, but instead his phenomenal versatility that rates amongst the best in the NBA.

If the New York Knicks’ offensive inconsistencies weren’t concerning enough, the defense has been atrocious. There’s been minimal resistance from perimeter defenders, horrific play against the pick and roll, and a generally poor level of play against the 3-point shot.

If the Knicks aren’t going to improve the defense from within, then trading for a player of Paul Millsap’s caliber could be the answer.

Having established this as true, it’s only fair for the Knicks to consider pursuing a player who can stabilize the defense. There have been recent signs of improvement, but there’s still clear work to be done.

Trading for a player of Millsap’s caliber won’t be easy, but he’s firmly established himself as one of the premier defenders in the NBA.

Millsap may not have the reputation of an elite defender, but that’s exactly what he’s become under head coach Mike Budenholzer.

Millsap made the 2016 All-Defensive Second Team on the strength of his defensive versatility. He held opponents below their average field goal percentage in 2015-16 and limited opponents to 49.2 percent shooting at the rim.

Millsap has the uncanny ability to protect the rim, disrupt the pick and roll, and pick up slashers and shooters alike. He may only be 6’8″, but he puts his near 7’2″ wingspan to great use on the defensive end of the floor.

Millsap is also one of the better defensive rebounders in the Association, which rounds out the type of value that New York needs on defense.

The New York Knicks have one of the most dynamic players in the NBA in star power forward Kristaps Porzingis. They also have a resurgent big man in Joakim Noah and two promising young centers in Willy Hernangomez and Kyle O’Quinn.

Intriguing as that group may be, it stands to reason that combining Porzingis with Paul Millsap would solidify the Knicks’ interior on both ends.

Millsap’s post defense enables him to defend centers, and his range has helped him evolve into an elite force against power forwards. Porizngis’ size and length enable him to dominate the paint and rotate on defense as well as any player in the NBA.

It’s also worth noting that Joakim Noah is rounding into form as the player he’s expected to be and both Willy Hernangomez and Kyle O’Quinn are improving on that end.

True as that all may be, the combination of Millsap and Porzingis projects to be one of the best in the NBA. They’re both borderline elite defensive players who can score in a seemingly infinite number of ways.

The hypothetical starting lineup of Derrick Rose, Carmelo Anthony, Millsap, and Porzingis would undoubtedly elevate the Knicks to contending status.

The question is: can the Knicks actually afford a trade for Millsap? Or would it be wiser to wait until free agency?