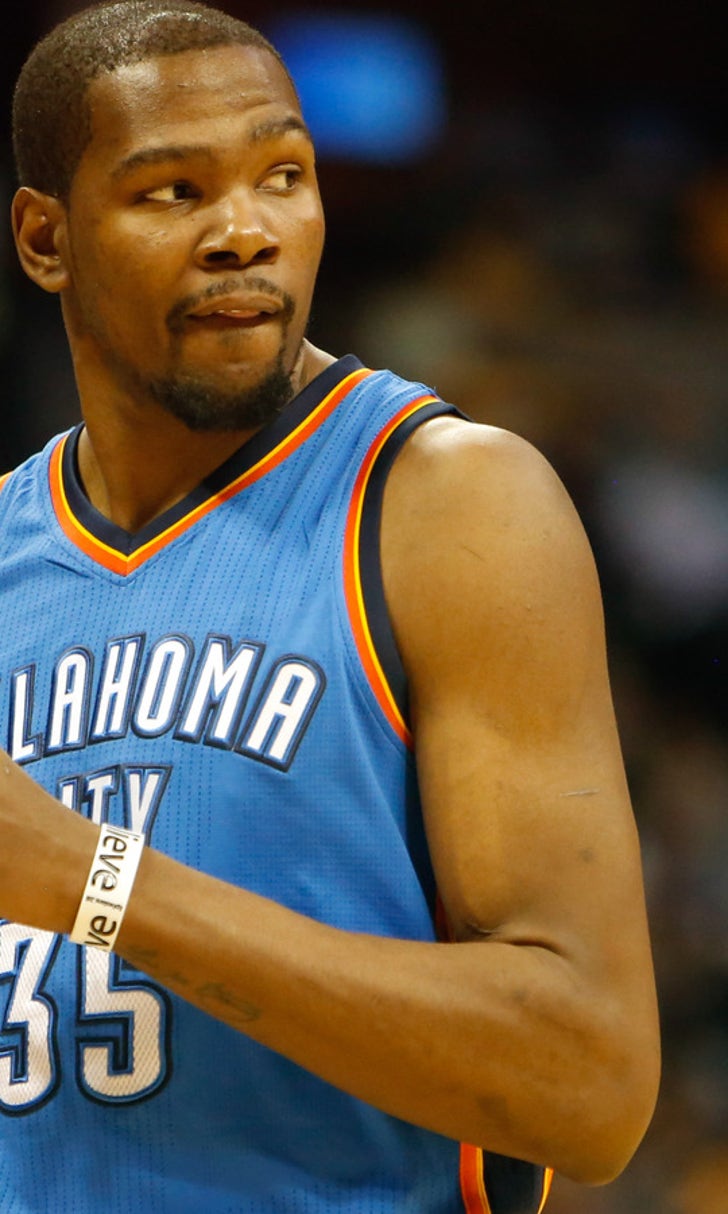 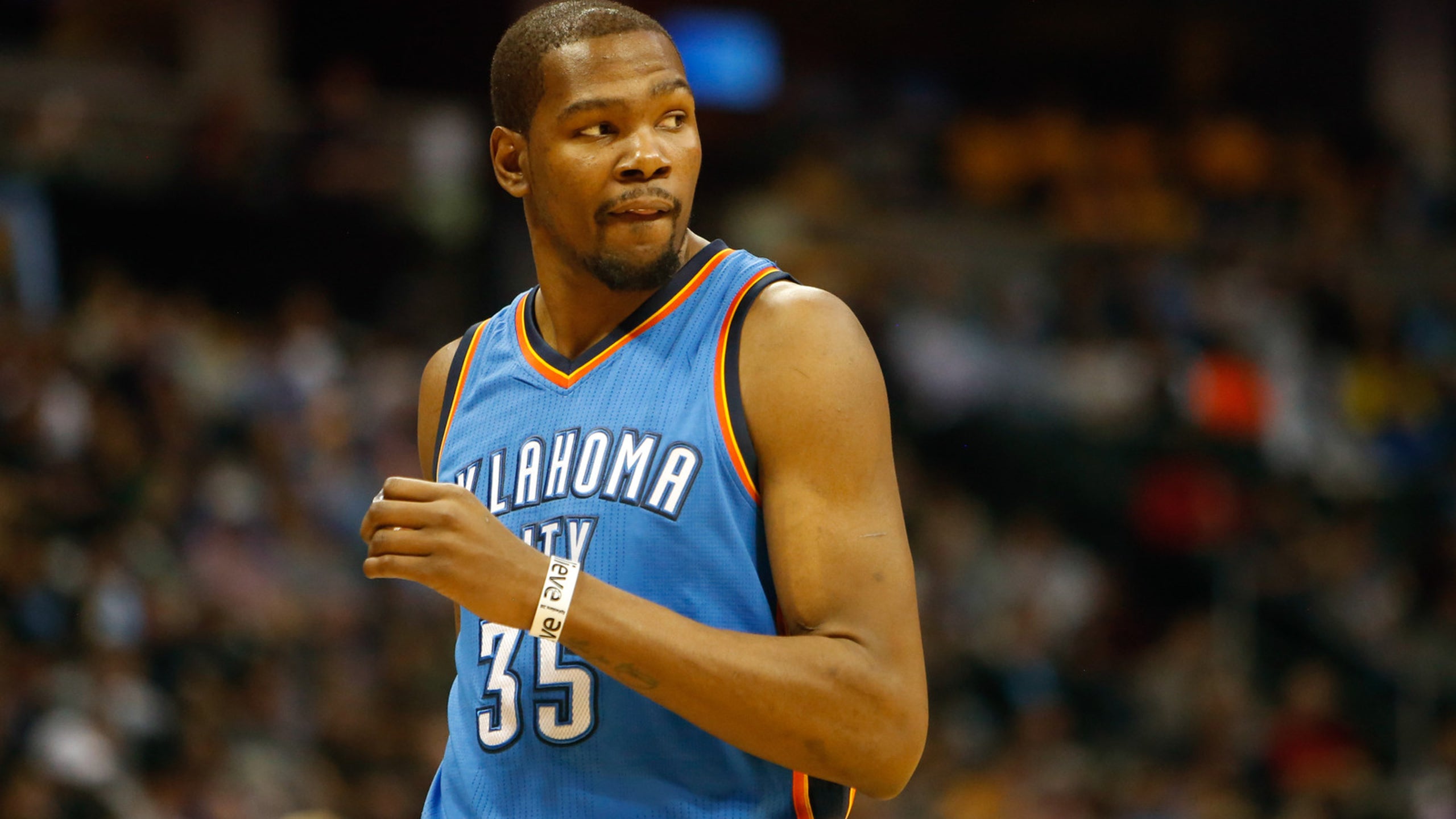 Kevin Durant: 'It's unacceptable to only average two assists' 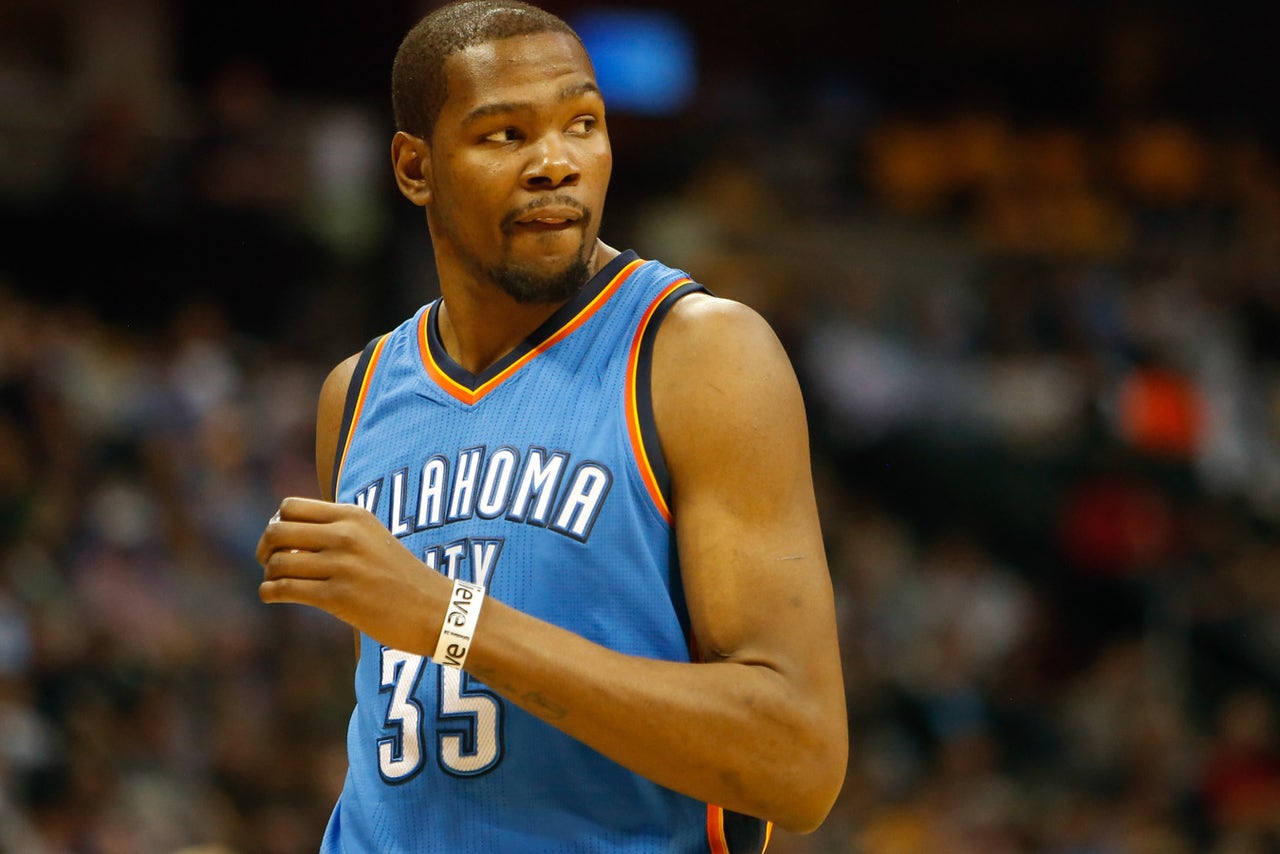 It's only been four games, but Oklahoma City Thunder superstar Kevin Durant is starting to look more and more like his normal MVP self.

When comparing Durant's stats from his 2013-14 MVP season with this season's numbers, it's surprising to see there aren't many notable differences outside of one category: assists.

Durant averaged 5.5 assists per game two years ago, which followed an upward trajectory from his rookie season. Durant's ball-handling and playmaking skills have improved considerably since his first few seasons in the league, as he finally developed the adequate level of court vision that would open up the floor even more for his lethal scoring ability.

But this season, Durant is averaging only 1.8 assists -- the lowest mark of his career. It's not as if he's shooting more. His shot attempts per-36 minutes (18.8) are right in line with his career average (18.1), according to Basketball-Reference.com. His usage rate is slightly lower than his career average (28.2 compared to 30.4), but his assist percentage is unfathomably lower (7.4 compared to 17.4).

So what's wrong with Durant? Let the man explain for himself:

Durant's explanation makes perfect sense. He's been playing the four more this season, and Russell Westbrook's explosive development -- and the additions of D.J. Augustin and Dion Waiters since 2013-14 -- has kept the ball out of Durant's hands as much as he'd like. He's been the roll man in the pick-and-roll and played off the ball frequently -- spotting up and coming off pin-downs -- which, of course, is his specialty.

But he's simply too talent to play that one-dimensional offensively.

Durant is gifted enough to do anything on a basketball court, like he said, and one would be foolish to assume this trend will remain for long.

Kevin Durant talks about why his assist numbers are down pic.twitter.com/e00JlYnrek